We are into the second phase of the Indian Super League (ISL) season seven that kicked off on January 12 at the Tilak Maidan in Vasco, Goa.

The entire tournament is being held behind closed doors in Goa, due to the Covid-19 pandemic which means the teams will have to stay in a bio-bubble for the duration of the tournament. 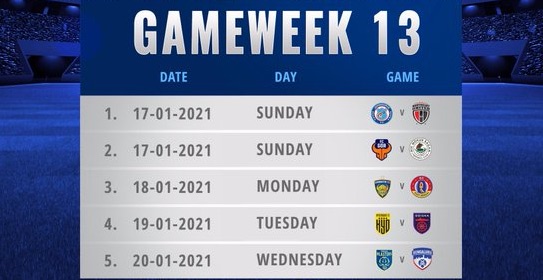 Let’s discuss all Matchday 13 matches during this week.

Check out the Team of the Week for Round 12 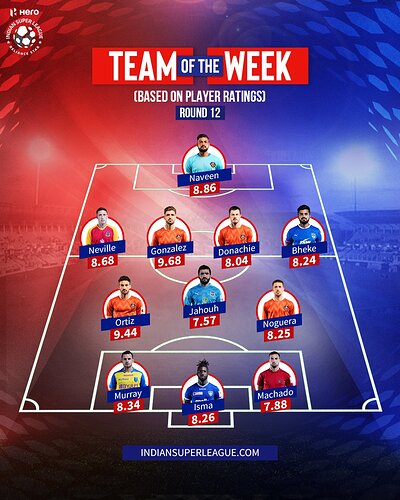 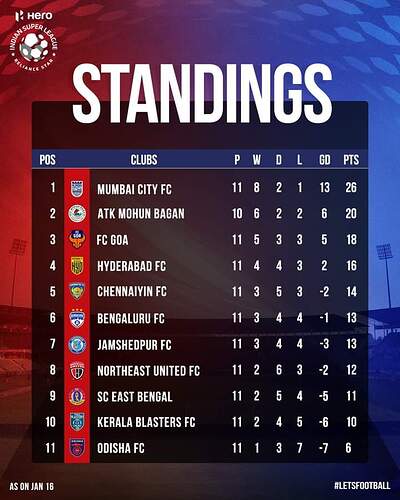 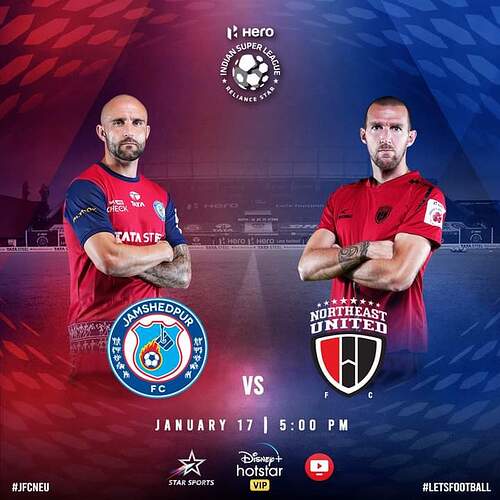 Like NorthEast, Owen Coyle will hope for an improved performance from his side after their 3-0 defeat to FC Goa in their last game. This was Jamshedpur’s third loss within a span of four matches. Going into this fixture, the side, however, will take some heart from the fact that they are unbeaten in their seven matches against the Highlanders so far. Earlier this season too, they had beaten them 1-0.

Which team can revive their hopes of a

Here is the LINE-UPS

3 changes apiece from both teams as David Grande gets his first start of the season for Jamshedpur FC. 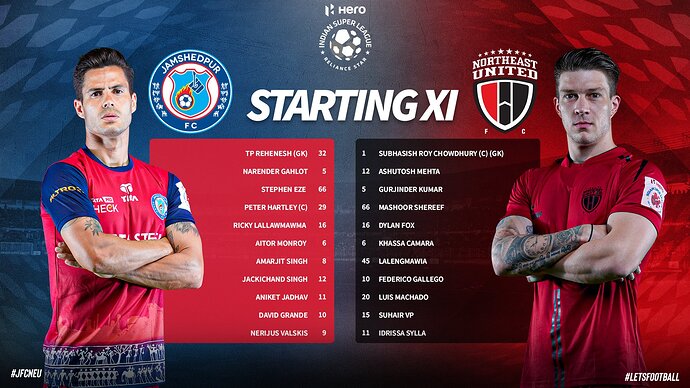 JamshedpurFC’s Valskis has the best shooting accuracy amongst all players in the Indian SuperLeague to have taken a minimum of 10 shots (75%). 15 of his 20 shots have been on target. Pinpoint. 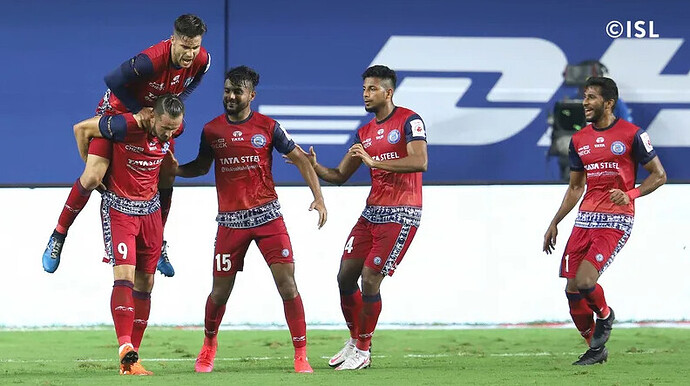 Ashutosh Mehta powers home his first goal of the season to give Northeast United the lead at break. 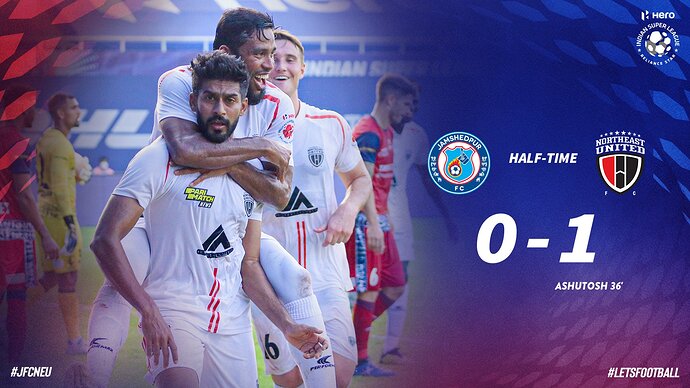 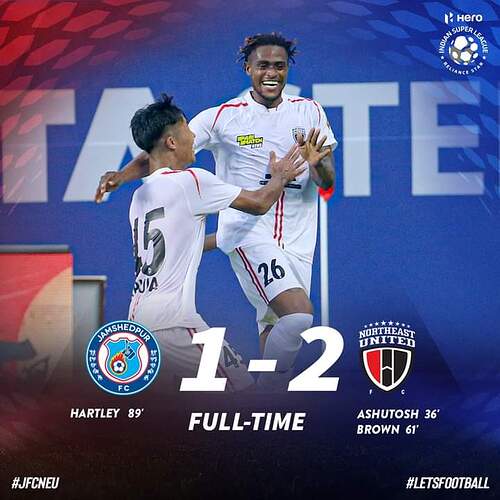 After seven games without a win, NorthEast United have finally managed to get three points as a result of a solid display against a lacklustre Jamshedpur.

Ashutosh Mehta opened the scoring with a stupendous header in the first half. Jamshedpur failed to respond to the opening goal and allowed debutant Deshorn Brown, who signed for NorthEast from Bengaluru, to double the lead after the break. Peter Hartley headed home a late goal but his first goal in the ISL wasn’t enough for Owen Coyle’s team. 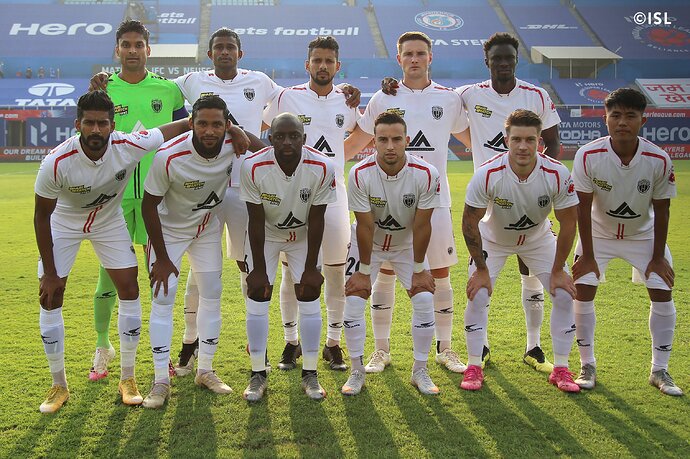 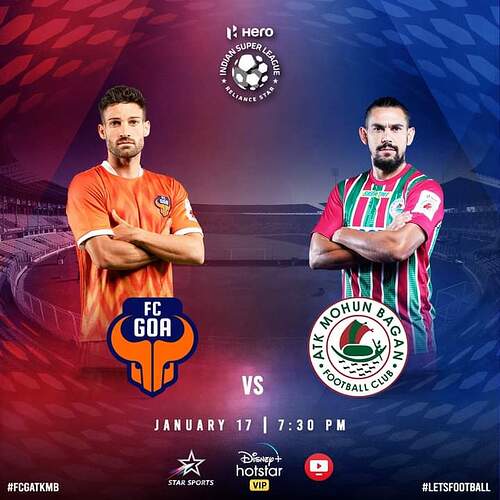 ATK Mohun Bagan take on a buoyant FC Goa side at the Fatorda Stadium in Sunday’s second game. The Gaurs beat Jamshedpur FC in their previous encounter making it three wins in their last four games, while the Mariners narrowly lost to Mumbai City FC in their last match.

Juan Ferrando got his tactics right during his side’s commanding 3-0 win over Jamshedpur FC. Resting Igor Angulo and playing Jorge Ortiz Mendoza up front proved to be a masterstroke as the Spaniard went on to score twice to help his side to the victory.

“Every game is crucial. The problem is that the season is short and every game is very important. In the end, you know that the ATK Mohun Bagan squad is very competitive and it’s the same with us. I hope that it will be a very good game. Both teams want to win the three points and I think the result will be a beautiful game for sure,” Ferrando said ahead of their encounter.

Which team will come out

Here is the lineup 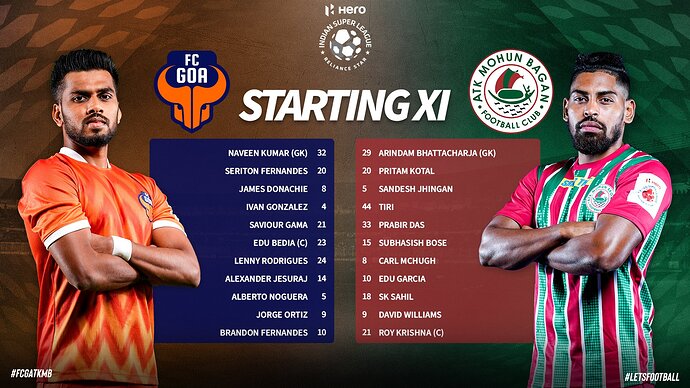 A deserved accolade for Fede Gallego after his performance in today’s encounter. 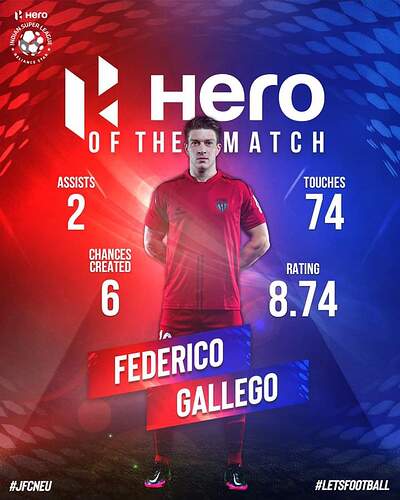 It was Northeast United’s first victory against Jamshedpur FC in their eight meetings so far in the Indian SuperLeague (D5 L2). It was also Northeast United first win in 8 matches this campaign of the ISL (D4 L3). Triumph. 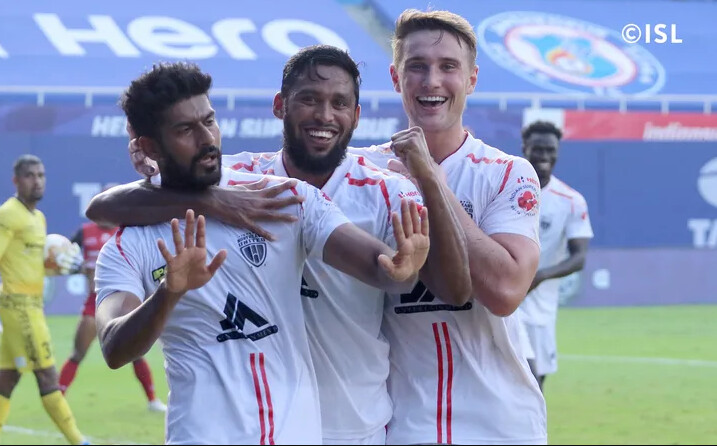 FC Goa are the team with the best differential between expected goals 12.14 and actual goals scored (16) after MD12 in this Indian SuperLeague campaign (+3.86 xG value). Smashing. 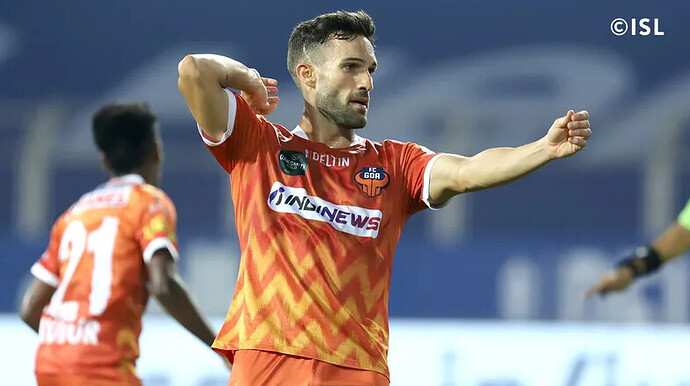 Unusual ATKMB continuous pressing football from the first minute. Goa as usual trying to keep possession as much as possible.

Both the team got few chances but unable to convert that.

ATKMB needs to block those passes that Goan mid is playing at their own half. This year absence of susairaj is felt very badly. Left wing is completely off. Also some gap between ATKMB attack and ATKMB mid is there which has to be eliminated for better attack.

For goa they passing the ball well. But gifting set pieces should be controlled otherwise they may get harmed by that. 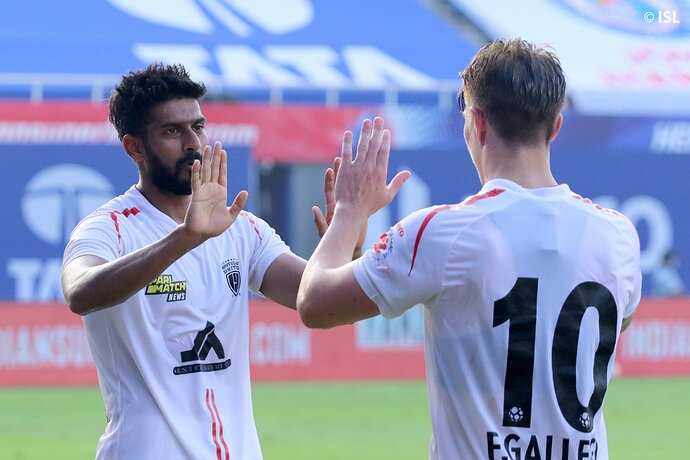 I REALLY DONT KNOW WHETHER YOU PEOPLE HAVE NOTICED IT OR NOT, IN THIS ISL INJURY TIMES ARE I THINK PRE DECIDED. EVERY MATCH IN FIRST HALF 2MIN. AND IN SECOND HALF 5MIN. HOW COME THIS IS POSSIBLE?

The referees take into account the following when adding time to the end of each half of football game:

Other causes deemed relevant by the referee, such as a streaker or excessive goal celebrations.

As each half of football approaches, the fourth official is tasked with displaying the minimum amount of time that the referee has told him will be added to the period. It is important to note that this is the minimum added time; a referee can decide to play more than the time indicated but not less than it.

It is said that the injury time isn’t a perfect science and the amount of time added onto a game can vary from referee to referee.

Looks like ISL coaches have been advised a fixed time addition for each of the above stoppage time falling in the broad categories with a certain levy of personal judgement. Most likely the referees are applying the given yardstick if the stoppages are falling in a specific category. Hence the 2" + 5".

The above is just my explanation to the recurring added time. I may be wrong.

Exactly the same thing happened as I had mentioned after the first half. ATKMB scored the goal from free kick.

As Fan of ATKMB ,I am not at all happy with the team’s performance. Enormous miss pass in the middle. The defense is extraordinary and that is the only reason ATKMB is doing well.

Habas needs to take this team out of the defensive shell for the betterment. Come on man you have Roy and Williams in front use them for god sake.

This draws are spicing up the equations.

The youngster turns ‘super sub’ once again as his late equaliser earned FC Goa a draw against ATK Mohun Bagan. 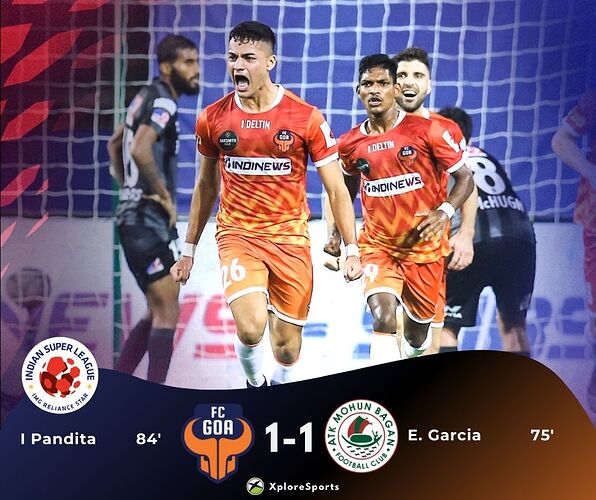 FC Goa scored a late equaliser to hold ATK Mohun Bagan to a 1-1 draw in an Indian Super League (ISL) on Sunday at the Fatorda Stadium.

Edu Garcia converted a world-class free-kick in the 75th minute to give the Mariners the lead but Ishan Pandita (85’) scored equaliser within five minutes of coming on as a substitute to earn his side a crucial point.