For the second time in Hero ISL, late drama ensued between SC East Bengal and Kerala Blasters as they played out a hard-fought 1-1 draw. After a goalless first half, Jordan Murray broke the deadlock, courtesy of an assist from goalkeeper, Albino Gomes. Kibu Vicuna’s side looked to be on the verge of securing back to back wins but Scott Neville netted an injury time header to secure a point for the side in Red and Gold. 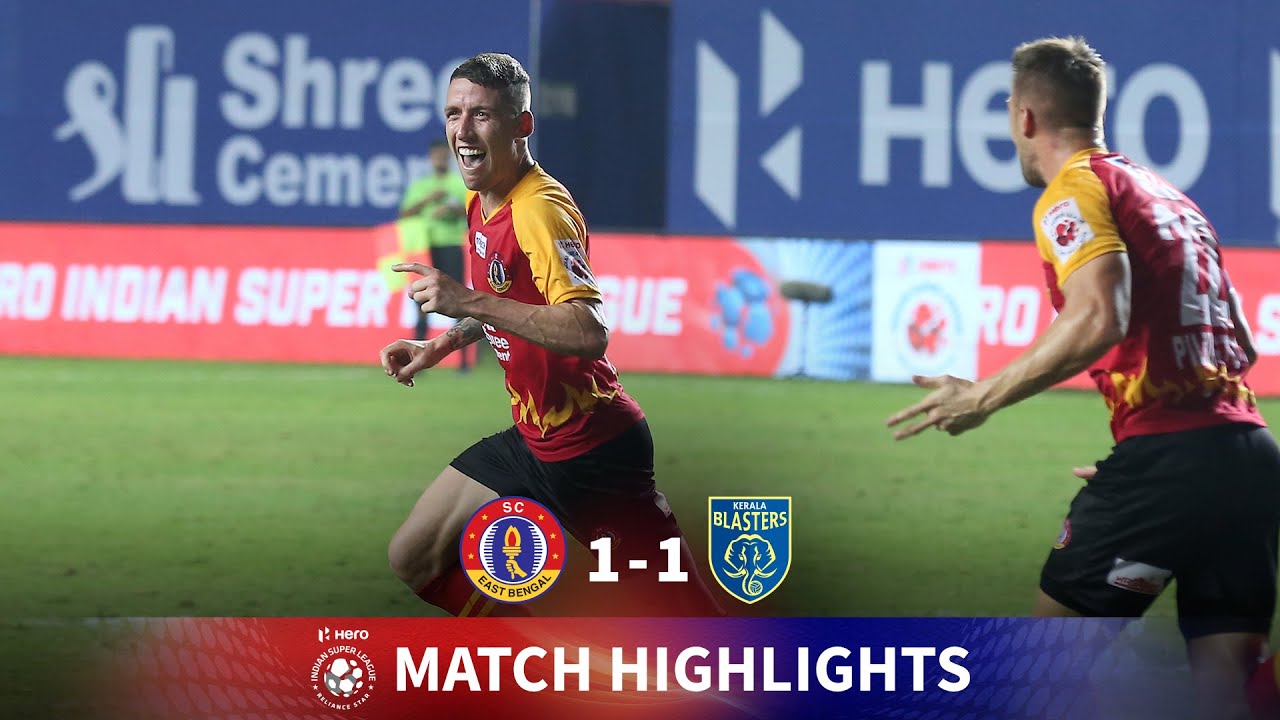 Put in a strong shift and gave it his all

For assisting the equalising goal, Bright Enobakhare takes home the DHL Winning Pass of the Match! 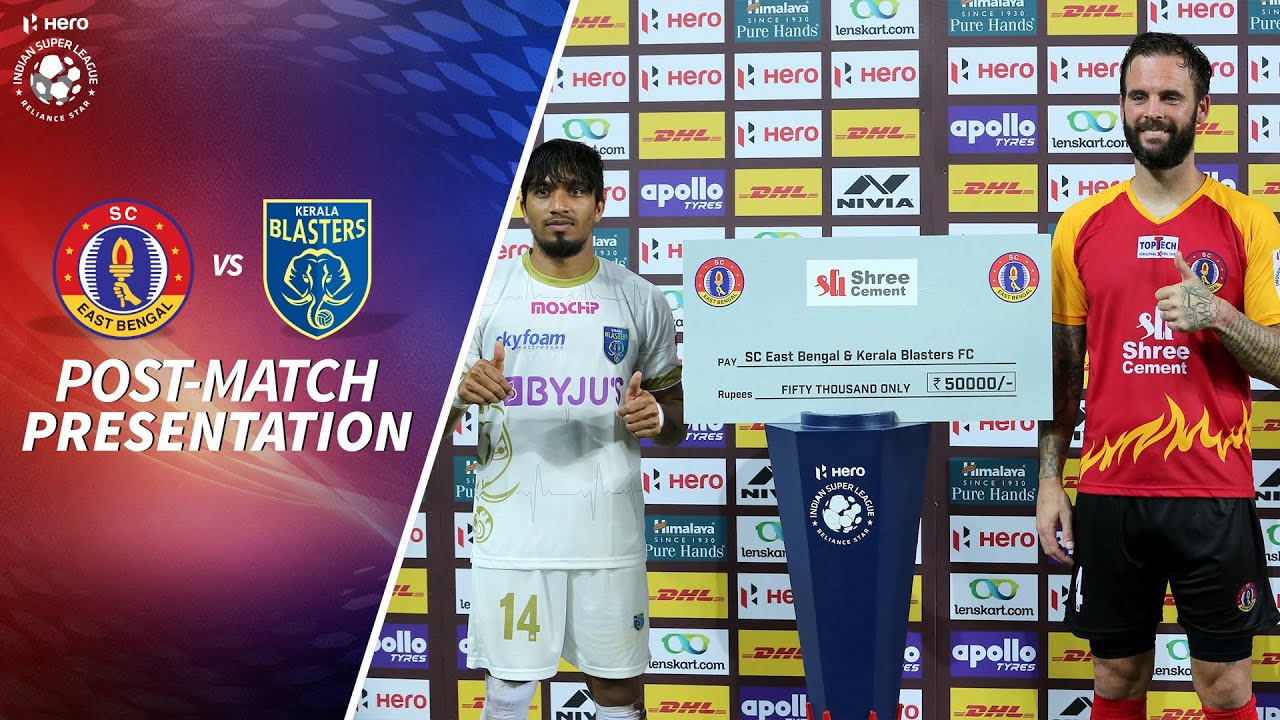 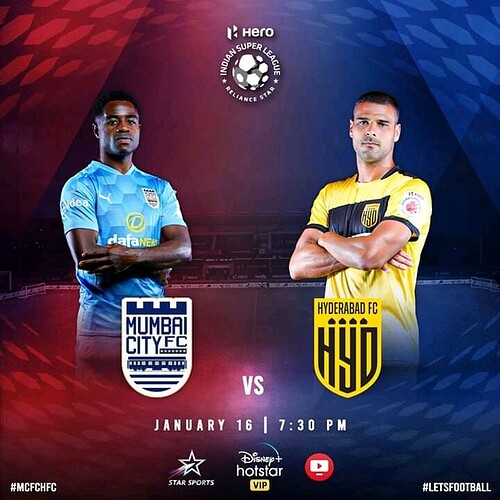 With an eye on the AFC Champions League qualification, Sergio Lobera’s Mumbai City FC take on Hyderabad FC in the Indian Super League ISL at the Goa Medical College Ground in Bambolim.

Hyderabad FC and Mumbai City FC have played a similar style of football so far in the season. Both sides like to keep the ball and build up from the midfield.

Mumbai City FC are top of the table and seem to be the favorites to win the league stage. Hyderabad FC, meanwhile, are placed third.

The Islanders have notched up 25 points from 10 games while the Nizams have registered 15 points from the same number of fixtures.

Most shots on target in the ISL this season 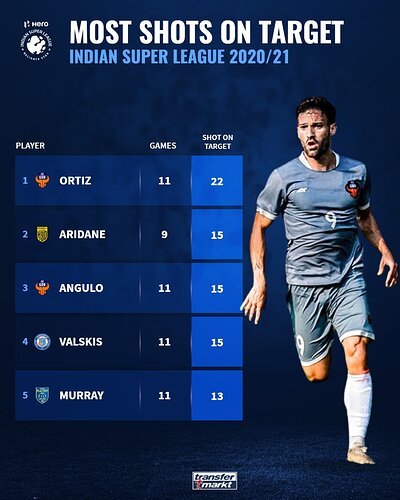 Mumbai City FC - scored 10 goals in the first half

Hyderabad - scored 12 goals in the second half

Which team has the edge in tonight’s encounter

Hyderabad FC took just 4 shots and had 0 shots on target against MumbaiCity FC during the previous fixture between the two teams, it was their fewest in a single game this Indian Super League campaign. Deficient. 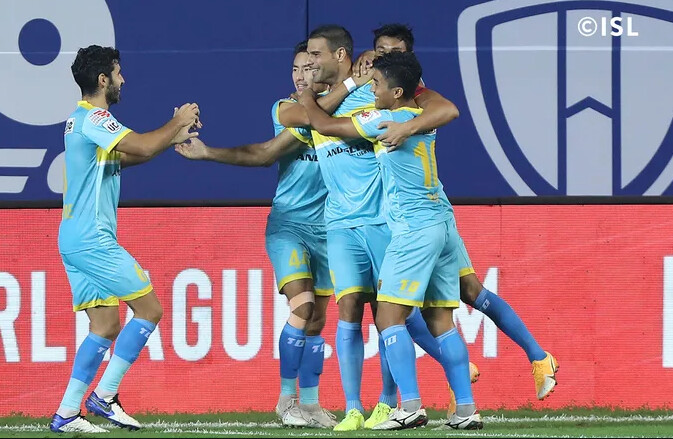 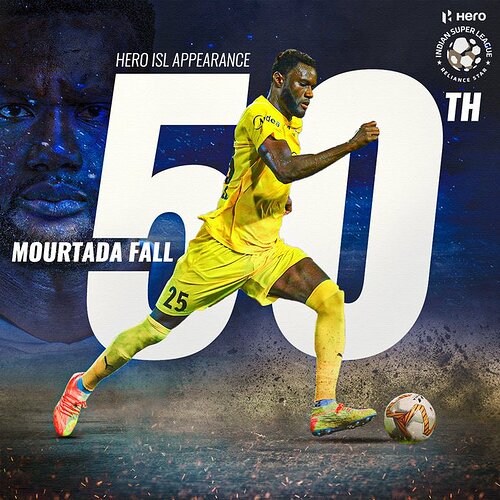 When the game started everyone was thinking MCFC is the favourite. But after watching the 1st half I must say that HFC is looking great.

But two players are really being missed Halicharan and Bumos. Hugo bumos may have some niggles. So he may or may not come. But halicharan will surely come in place of Liston.

If we are playing against MCFC what does we know. They will keep the possession. They will build up by small passes and some final sudden move to finish.

So what will i do. I will place man between the players to block the passes. Half game will be done there. Secondly if we don’t allow MCFC to pass in the final third as they are keeping the possession obviously their defence will engage themselves in build up play which will create spaces. The chance that chianese got (but missed) is a result of that.

Football is a game of spaces. HFC is creating and blocking that in both sectors. Briliant play. But in 2nd half players will be much more tired to maintain this fluidity. Let’s see.

My call is HFC. Fingers crossed. 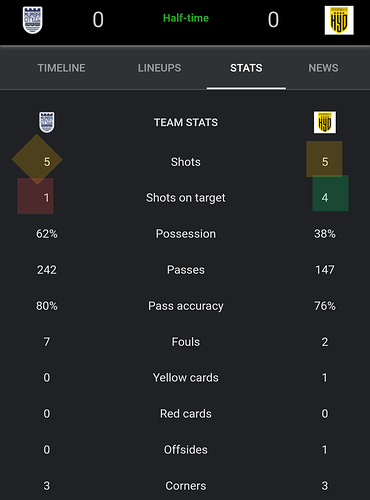 Both the teams were attacking and defence managed to keep their opponents at bay in the game. 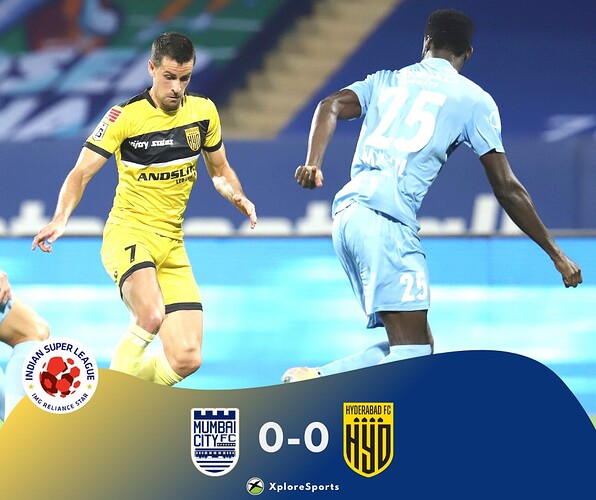 Beautifully played HFC. Really winning a point against MCFC is really well. Here are some of my observations.

More of a tactical battle and surely HFC wins that.

[ I REALLY DONT KNOW WHETHER YOU PEOPLE HAVE NOTICED IT OR NOT, IN THIS ISL INJURY TIMES ARE I THINK PRE DECIDED. EVERY MATCH IN FIRST HALF 2MIN. AND IN SECOND HALF 5MIN. HOW COME THIS IS POSSIBLE?] 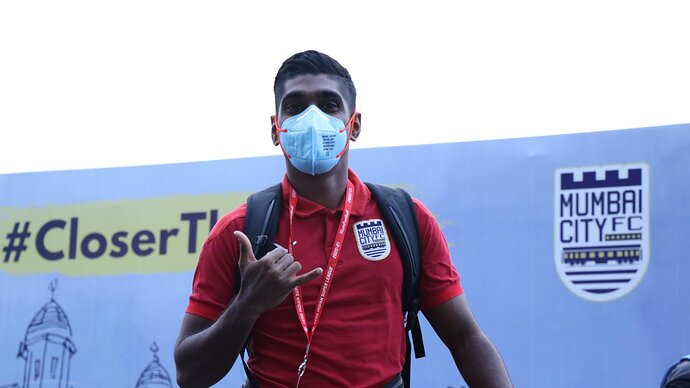 I REALLY DONT KNOW WHETHER YOU PEOPLE HAVE NOTICED IT OR NOT, IN THIS ISL INJURY TIMES ARE I THINK PRE DECIDED. EVERY MATCH IN FIRST HALF 2MIN. AND IN SECOND HALF 5MIN. HOW COME THIS IS POSSIBLE?]

Too much Neymar influence!? Now Harry Kane too!!

Good observation though! Will keep an eye on these time slots in future games!

"Obviously, I’m not happy because we always want to win three points. The draw is a fair result though, because we didn’t play well and Hyderabad FC was clever.

I didn’t want to lose an important player for ten days. Hugo Boumous was rested for that reason. He wasn’t 100% and I have other players who can do the job well. That’s the advantage of having an amazing squad and everyone is ready to step up.

My strategy for every game is different. I need to choose the best playing XI based on the opponent. And that’s why I’ve been alternating between Adam le Fondre and Bartholomew Ogbeche. Hopefully, we continue this unbeaten run (10 games now) and go into the ISL season seven playoffs as the top-ranked team."

"More or less, we played according to plan. They were better than us in the first leg. Maybe they had better possession tonight, but we played really well.

Today, we were compact in defence and Mumbai hardly found any empty space. So, I’m very proud of my players. We had the problem with Fran Sandaza, our other No. 9. Practically, Aridane Santana is forced to play every minute. I knew if he had to be fully fit for the next game, I had to take him out in the 70th minute."

Mumbai City FC and Hyderabad FC fought out an intense goalless draw in tonight’s contest. Chances were aplenty but both sets of defence held their ground and kept all threats at bay. The Islanders now sit 6 points clear on top of the table, and Hyderabad FC remain 4th. Points shared in Bambolim; on to the next one. 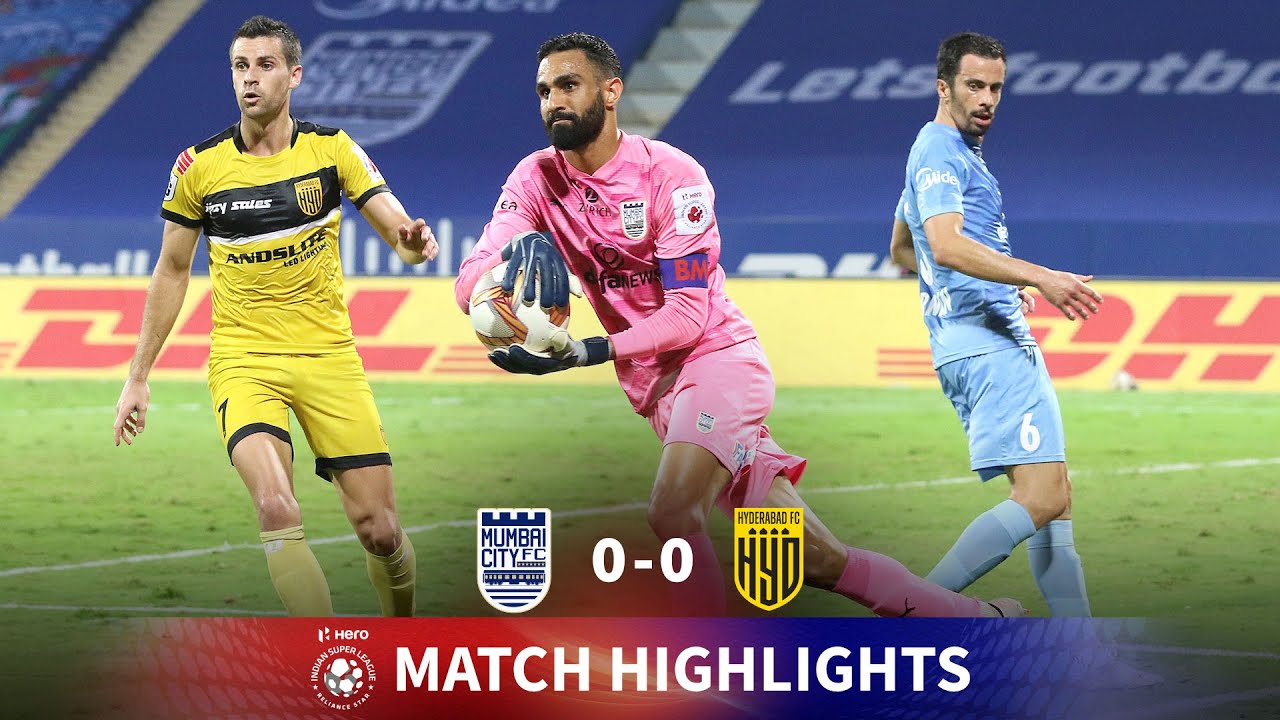 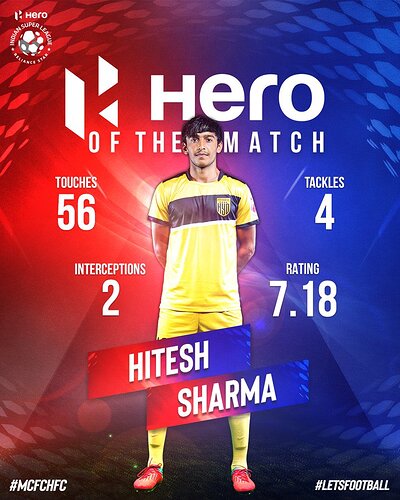 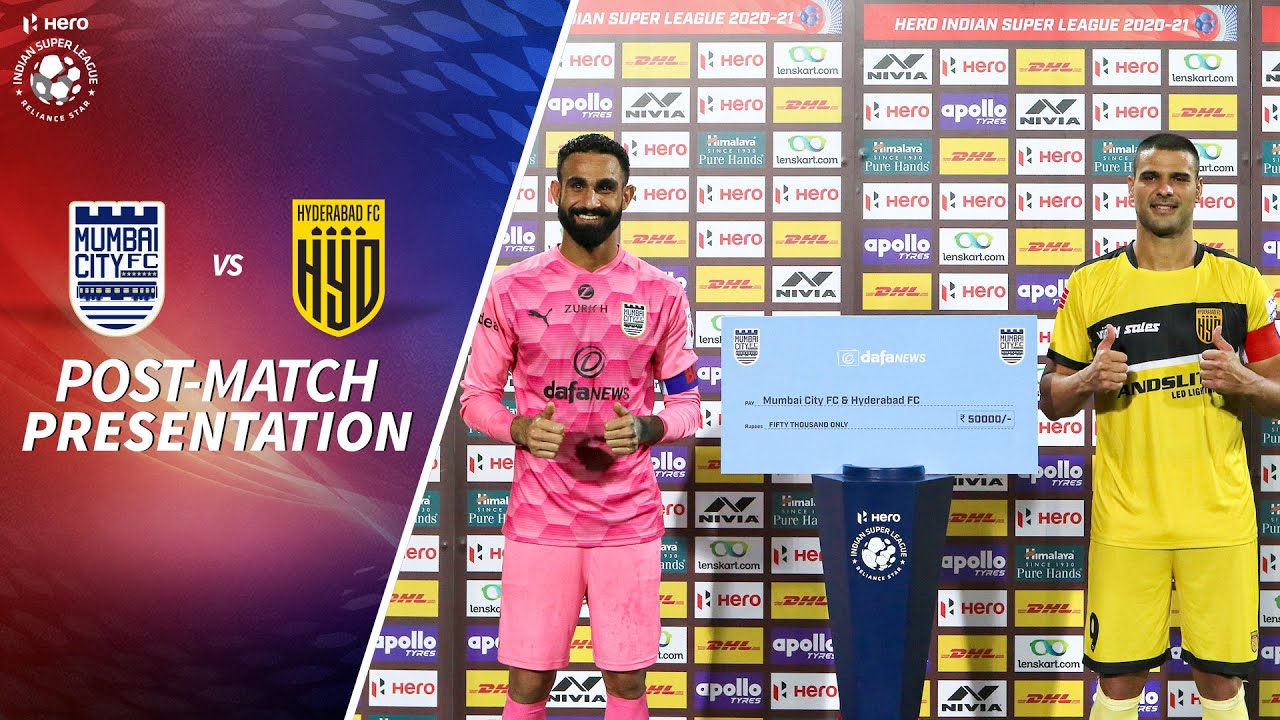 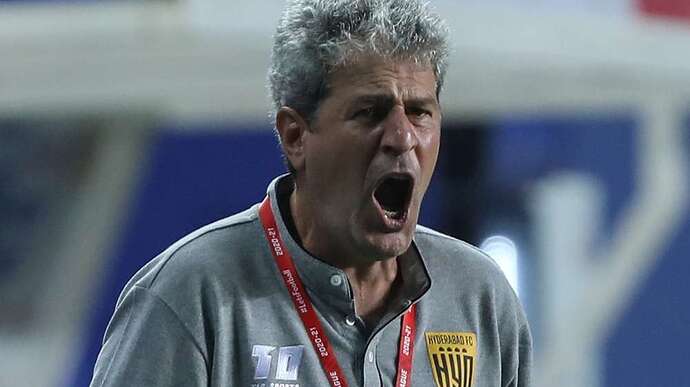 Marquez said he is happy with the draw as it was a fair result even though his team created more clear-cut chances in the game.

“I’m very satisfied with the team. I know that maybe we had more clear chances to win the game. The score was fair because they have a very good team. It was an interesting game,” Marquez said.

Marquez also hailed his players as they executed his gameplan well. The Spaniard admitted that he wanted his team to keep Mumbai City away from scoring and then capitalize on the situation.

“I was joking with Jahouh that we played one player alongside him. Because in the first game his long balls damaged our team too much. My players understood the aim (my plan) for the game very well,” he said.

“I think our chances were more clear-cut than those of Mumbai. The most important thing is our supporters are proud of our players,” he added. 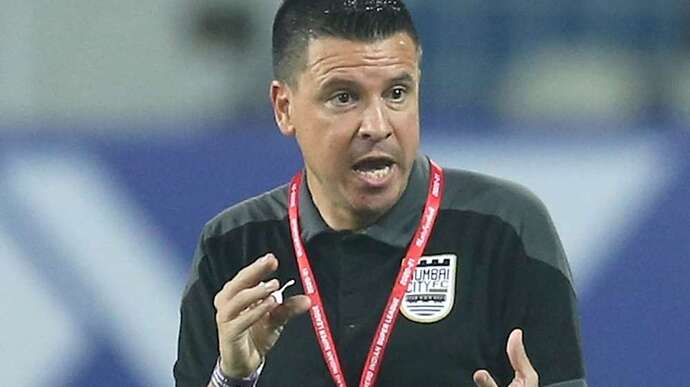 Mumbai City began the match on a positive note but Hyderabad’s defence was strong enough to prevent an onslaught. After the game, Mumbai City head coach Sergio Lobera admitted that his team was not comfortable in the first half.

“Hyderabad played well. We didn’t play the same way as we did in the other games. I am not happy because we always want to win three points,” Lobera said after the game.

“We are a strong team. We keep the ball. But today we played against a team similar to us. We were not comfortable in the first half. We are strong with the ball and we need to be passing it,” he added.

The Islanders have now gone 10 games without losing, the longest unbeaten run in the club’s ISL history! 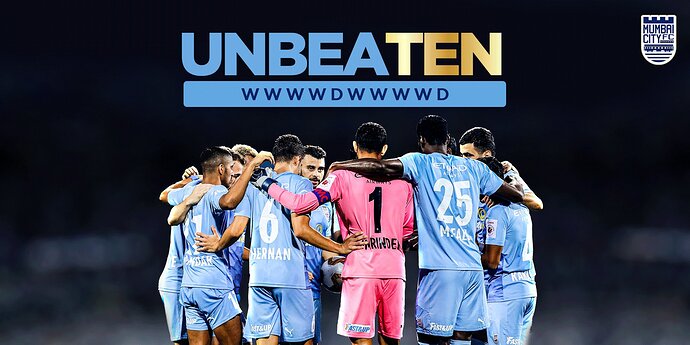