@Jay , we all are watching this game from a very long time. As two drinks break is there for 2 mins minimum each. Then 4 mins are compulsory. Then if all the time wastage we see that’s definitely more than 3 min in complete 90min game.

Is it possible? Am not getting the logic of this activity really.

To dissect this further, I am wondering why wouldn’t this be questionable to other football pundits?

ATK Mohun Bagan had a passing accuracy of 51.6% against FC Goa, their worst against a team in the Indian Super League. 114 of their 221 passes were successful. Faulty. 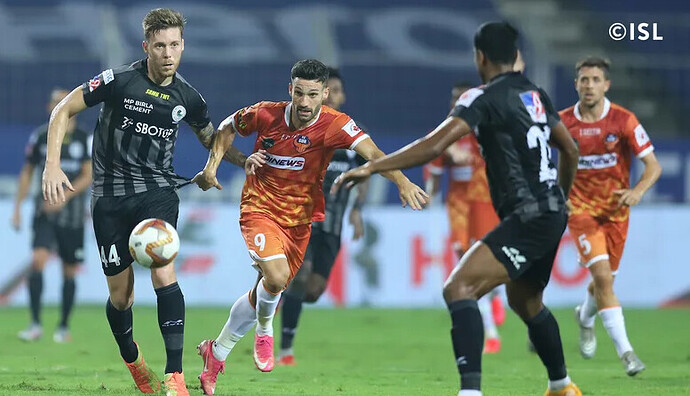 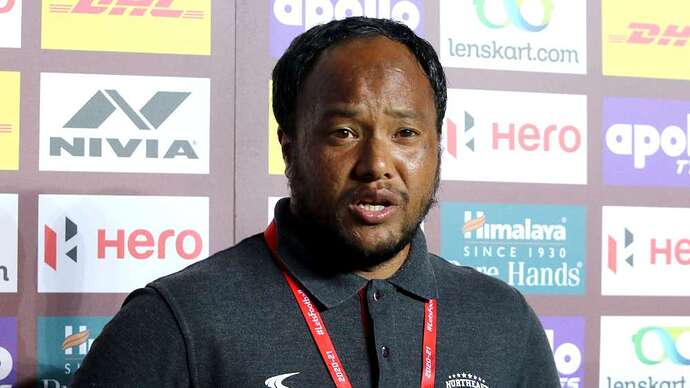 Assistant coach Alison Kharsyntiew was pleased with the team’s performance and looked relieved as the Highlanders finally ended their winless run.

“We played very well. In attack, we kept the ball very well and moved well. We were clinical in the attacking third and we also defended well. This will encourage the whole team and we will remain consistent in the remaining matches,” said Kharsyntiew after the match. 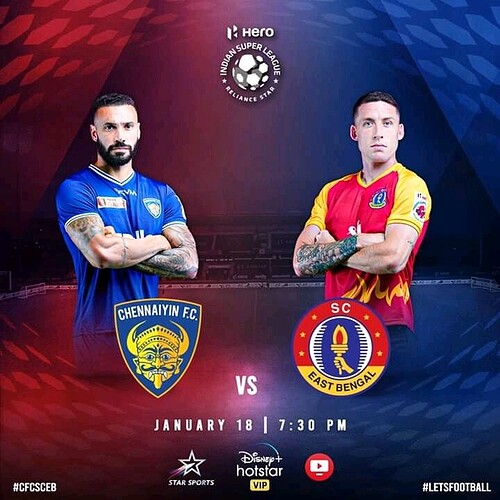 The clash between the two sides takes place at the GMC Stadium in Bambolim.

Chennaiyin FC come into the clash against SC East Bengal on the back of a clinical win over Odisha FC. They beat the Kalinga Warriors with a 2-1 scoreline powered by two goals from Esmael Goncalves.

The two-time ISL champions have managed to stay unbeaten in four of their last five matches. They have drawn three, won one and lost one game and occupy the sixth position on the ISL points table.

Head coach Robbie Fowler will hope that his side are able to stay consistent going into the second half of the season. They have not lost a single encounter in their past six ISL matches.

The Englishman will aim for more victories in their kitty to add to their two wins in the competition so far. The signing of Bright Enobakhare has provided an additional element to their attacking unit that was lacking so far. 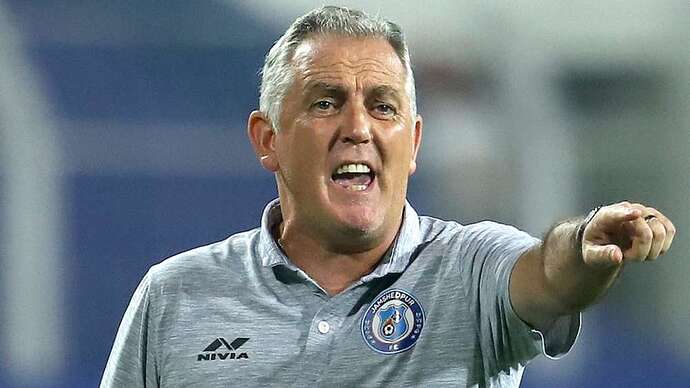 Jamshedpur lost their third match in a row when they went down 1-2 against NorthEast United on Sunday.

The Men of Steel, who have 13 points from 12 matches, are currently eighth on the table. Jamshedpur boss Owen Coyle blamed the team’s poor form on individual errors by his players.

“We are not playing as well as we can and are making terrible individual errors. That is costing us goals, we are giving teams a start. At the other end, we are not taking our chances. We are punished for every error we make. If we correct that, we will start winning games,” Coyle said after the game. 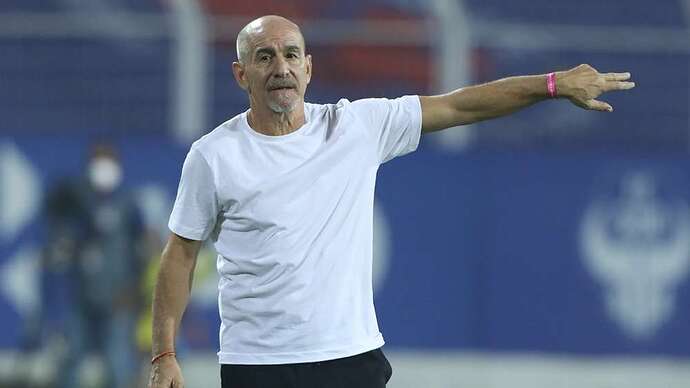 After back-to-back games without a win, the Kolkata giants’ head coach Antonio Habas said that his team had the opportunity to beat Goa but they wasted their chances.

“A lot of alternatives for both the teams. The scored in the final third. We had the chance to win the match before we scored the goal. I want to win all three points. But one point is very important,” Habas said after the game.

Habas believes it is not possible to create a lot of chances while playing against big clubs.

“I think in a big match between two big teams, lots of chances to score are not possible. It is impossible that one team will have four, five or six chances,” he said.

“Maybe we were afraid to lose. I am very happy with the performance,” he added. 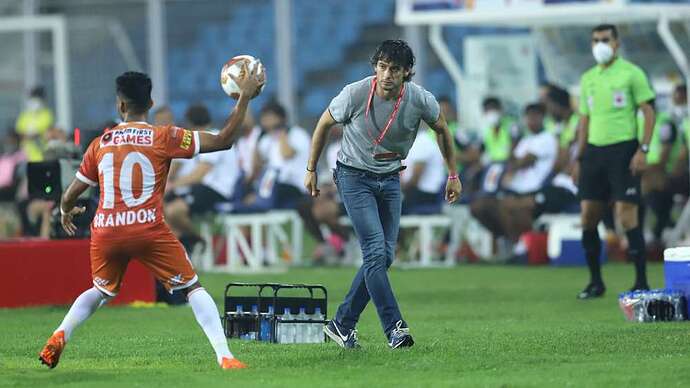 FC Goa head coach Juan Ferrando was disappointed with the 1-1 draw against ATK Mohun Bagan in the Indian Super League 2020-21 clash at the Fatorda Stadium in Goa on Sunday.

“We want the three points in all games. We had more chances but in the end, a draw is not good enough for us,” Ferrando said.

“At the end, we had 10 shots on target. (Concern is) when you don’t have clear opportunities,” he added.

Here are both manager’s thoughts ahead of the game

Sharing his thoughts ahead of the encounter, head coach Csaba Laszlo said, “SC East Bengal got some good new players in. They try hard in the offence but I also have some good defensive players …Generally, we are strong in the midfield and we are also a team who stay compact. If we stay compact, I think we have enough quality to win the game against SC East Bengal.”.

“We are on an unbeaten run so there are plenty of positives. We need to get wins. There are five points that [separate] us and the team in the fourth place. We will continue to try and get the points. We know we need results. Until it’s impossible, we will go into every game with the belief that we can still do it,” Fowler said ahead of the game. 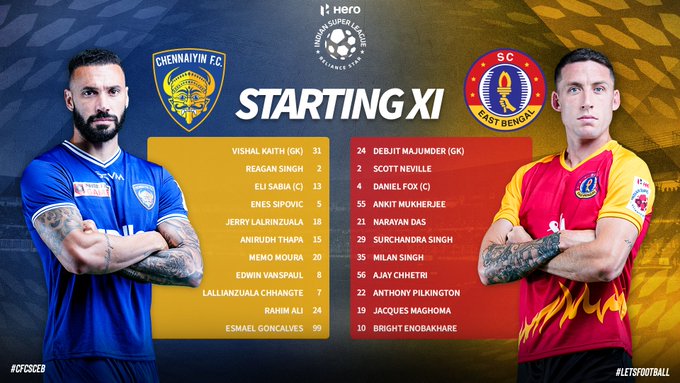 determine the outcome of this encounter 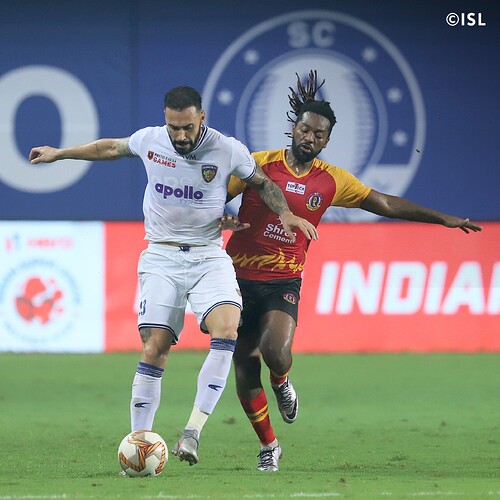 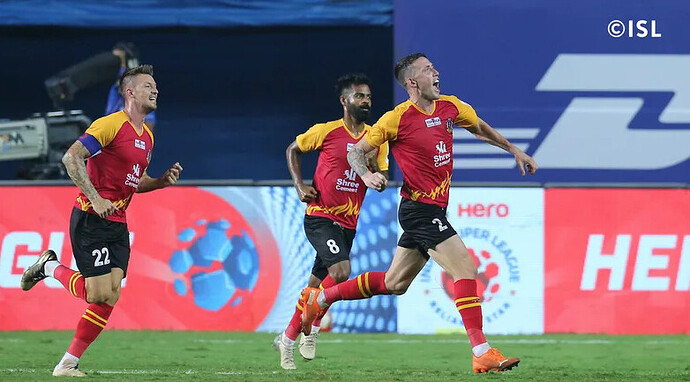 East Bengal’s unbeaten streak continued as they managed to hold Chennaiyin to a goalless draw with a man down. 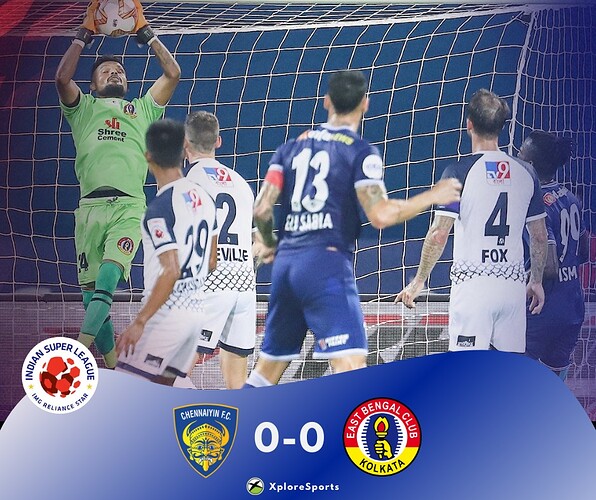 Chennaiyin were held to a goalless draw by a 10-man East Bengal in an Indian Super League (ISL) clash on Monday at the GMC Stadium in Bambolim, Goa.

Red and Golds Ajay Chhetri was sent off in the 30th minute of the match after double booking as the Kolkata played with a man down for the majority of the game. Both teams had their fair share of chances to break the deadlock but neither could find the back of the net.

This is the third time that SC Eastbengal have registered just 1 shot on target, their least in a match in this season of the Indian SuperLeague. The previous 2 occasions were against FCGoa and JamshedpurFC. Unarmed. 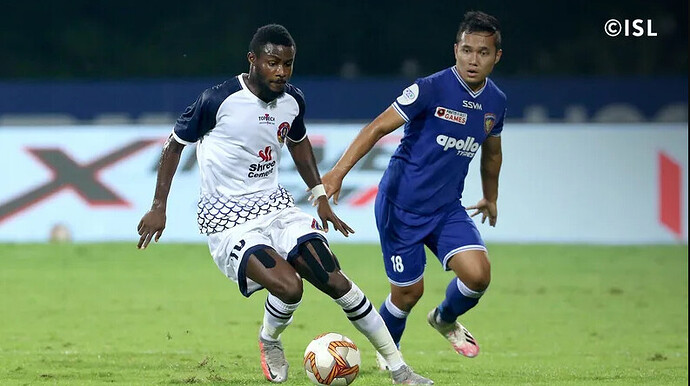 A top-class performance from tonight’s Hero of the Match 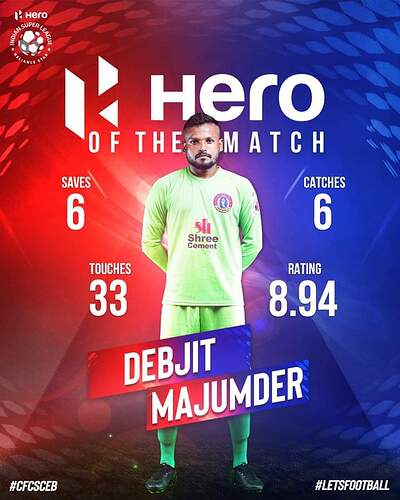 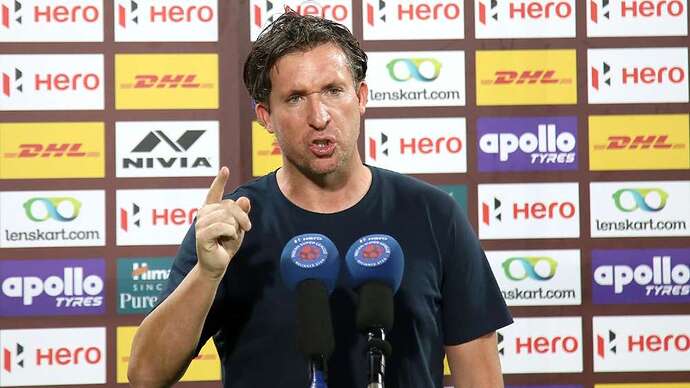 East Bengal head coach Robbie Fowler was disappointed with the result as he believes that his team had enough possession of the ball to win the game.

“I am disappointed. We still controlled the match. There are a few half chances. We did enough to win the game. I’m disappointed we haven’t got the three points. We will take the one point obviously due to the circumstances,” Fowler said after the game. 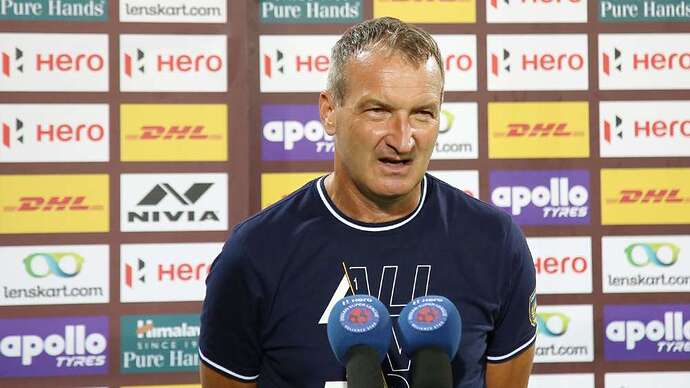 Laszlo believes that his team had control of the game but failed to make it count. He mentioned that his team did not create enough chances to win the game.

Chennaiyin created a couple of chances but lacked intent in front of goal. Laszlo, however, defended his players and said that his team needs to pick themselves up and keep going in the competition. 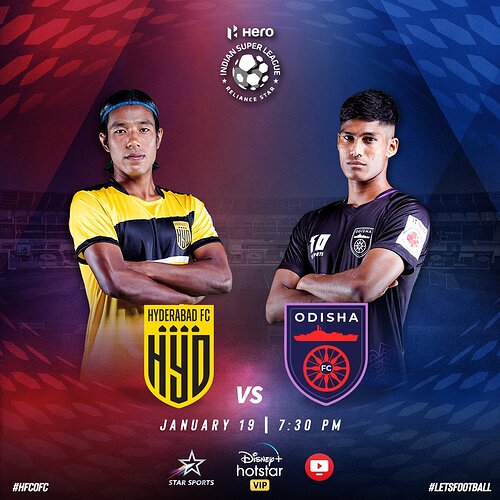 Hyderabad FC will hope to consolidate their position in the top-four with a win over the bottom-placed Odisha FC in the Indian Super League (ISL) on Tuesday at the Tilak Maidan in Vasco.

Manuel Marquez’s Hyderabad FC have been tactically superior to most teams in the league. The Nizams have played brilliantly on transition and through buildup play as well.

They have earned 16 points from 11 games and are 4th in the standings. The goalless draw with Mumbai City FC showed Hyderabad FC’s immaculate and calculative approach to pin down opponents in the midfield.

Odisha FC showed signs of recovery and improvement after an underwhelming start to the season. However, Stuart Baxter’s side failed to play their natural game against Chennaiyin FC and fell to a 2-1 loss. The Juggernauts lack in team cohesion which has hurt the side’s tactical applicability so far. They are placed 11th in the standings with just 6 points on the board.

Most goals in the ISL this Season 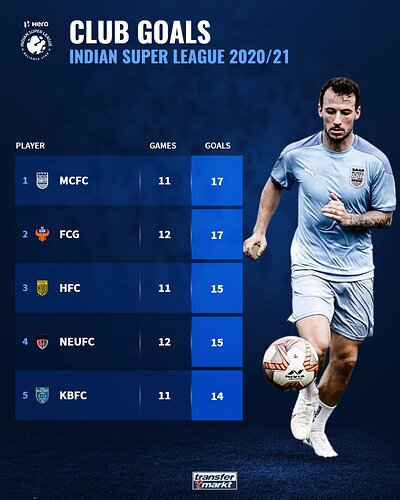