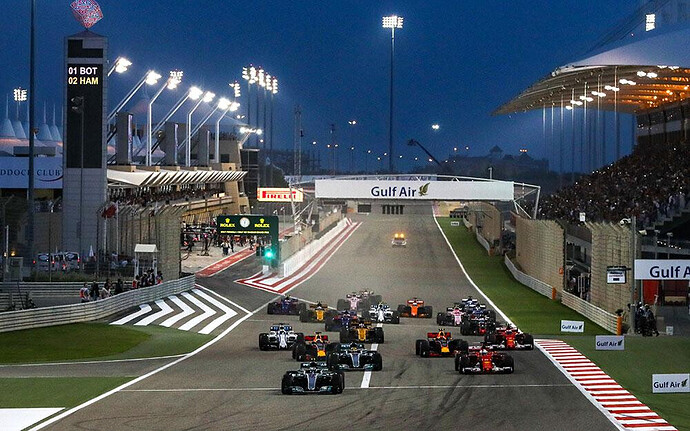 The 2020 season is drawing to a close with only 3 more races left.

This weekend’s race is taking place at the Bahrain International Circuit. The circuit has been in the rotation rather regularly, in comparison to the other tracks this season, having been used every year since 2004, save for 2010. This is a testament to the excellence of the circuit.

It’s considered a great track for overtaking, which should make things exciting for us

The off-camber and downhill Turn 10 is the crown jewel of the circuit, both feared and celebrated by the drivers.

Can’t wait to see what thrilling moments this weekend brings us! 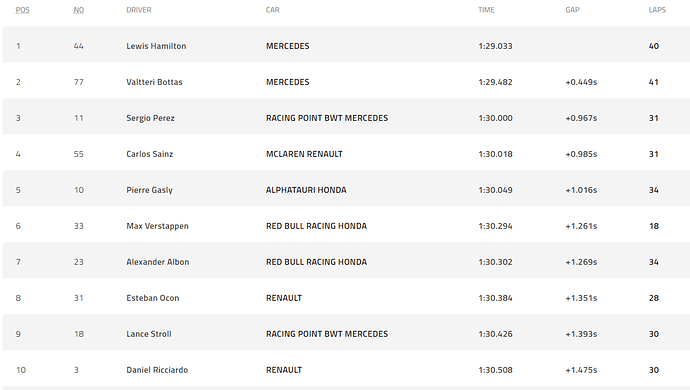 Newly-appointed World Champion Lewis Hamilton takes P1 as Bottas brings up the end of the rear of the Mercedes 1-2.

Although an overall uneventful session, the yellow flags were brought out once when Grosjean skidded deep into Turn 7. Latifi drove George Russell’s car this session as his own underwent repairs and development. 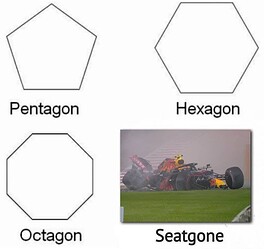 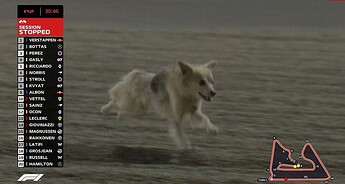 The best parts of the Bahrain GP FP2 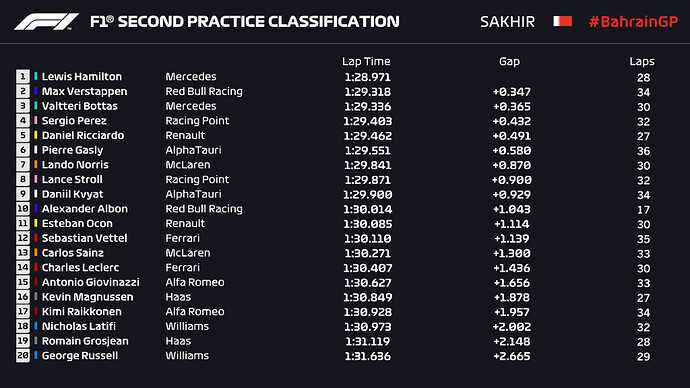 Albon seems to have crashed and burned (pun intended) under the pressure of performing well in the remaining 3 races. Red Bull has stipulated that he must impress them in these final races if he wants to retain his seat for next year. The disembodied rear and front wings and right tires did NOT push things in his favor.

) ran around on the track during a red flag stoppage 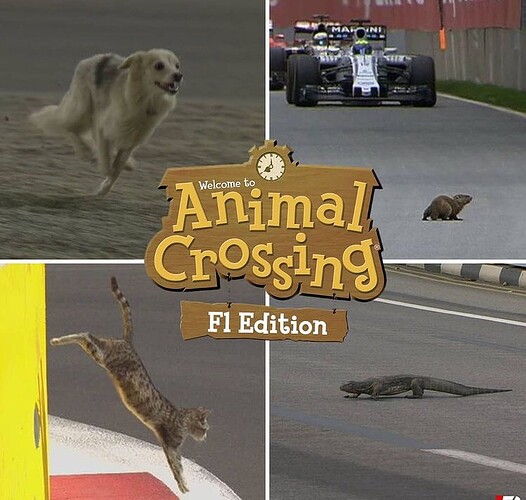 The two Mercedes were split by Verstappen, with Hamilton taking P1 in FP2 as well. Perez went down a position since the previous practice, coming in P4, closely followed by Ricciardo. 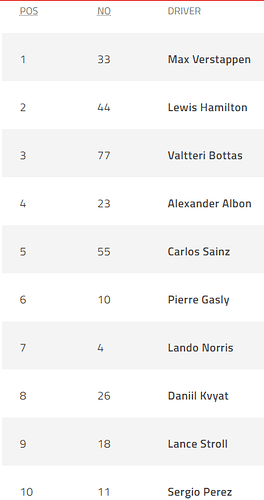 Albon appears to have made up for his dismal performance in the last session by coming P4 in FP3. He and Verstappen (P1) sandwich the two Mercedes, P5 being taken by McLaren’s Sainz 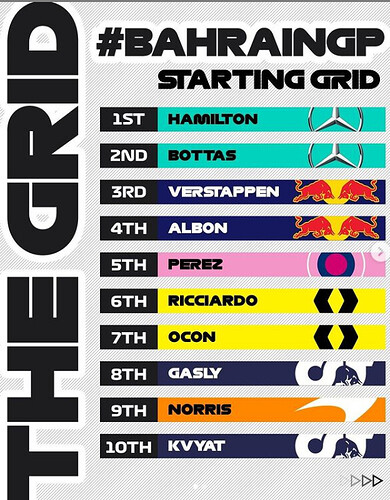 The two Mercedes lock out the front row of the grid with Hamilton on pole position and Bottas in P2. Per usual, Verstappen will start third. Following him is his teammate Alex Albon starting P4, chased closely by Sergio Perez in P5.

Carlos Sainz seemed to have a promising chance of making it to Q3, but spun due to mechanical issues in Q2, bringing out the red flags. He will be starting P15 tomorrow, with his teammate Lando Norris starting 9th.

A horrendous crash for Romain Grosjean in the first lap of the race as he crashes into the barrier at Turn 3 after a collision with Kvyat’s Torro Rosso. The car was completely engulfed in flames but Grosjean made it out of the car relatively unharmed.

Red flags have been brought out and the session has been suspended until repairs can be made to the barrier and the track can be cleared. 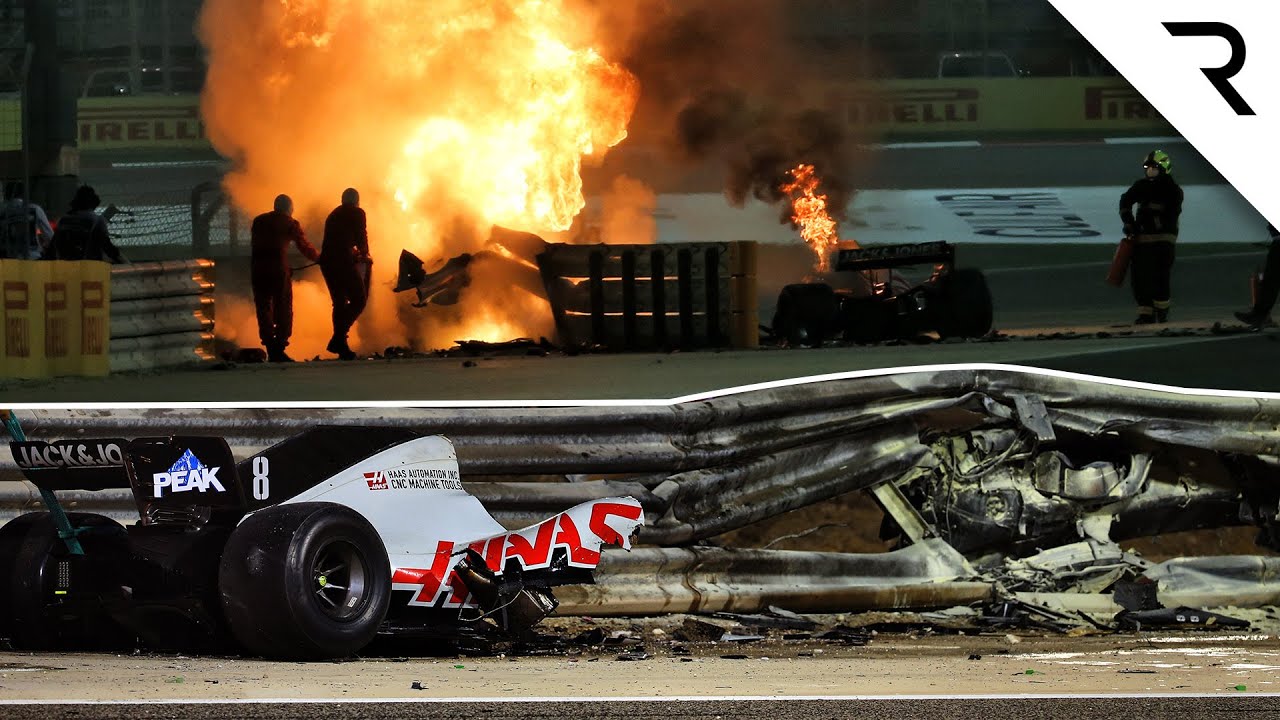 Lance Stroll is the second DNF of the as he collides with Daniil Kvyat at Turn 2 and flips over in the 3rd lap of the race.

This is the SECOND collision caused by Daniil Kvyat today. Stroll was trapped under his car but was quickly extracted by the marshalls. He has confirmed that he is ok.
However, his retirement from today’s race puts Racing Point’s position as 3rd in the Constructors Championship in danger.

Yellow flags and the safety car have been deployed. Bottas pitted for a tire change as one of his tires gets punctured by the debris, while Magnussen pits to get a front wing replacement.

Kvyat has been given a +10s penalty that he’ll have to serve the next time he pits.

Things are NOT looking up for Bottas, Haas or Racing Point today.

In a turn of extremely unfortunate events for Racing Point, Sergio Perez retires from the race after the back of his car caught on fire.

Perez was doing so well maintaining his position of P3 when a mechanical issue forced him to pull over. The race will be finishing behind the safety car, thus securing the current standings with Hamilton in the lead, followed by the two Red Bulls and two McLarens.

Both Racing Point cars had to tap out, tying them at 4th position with Renault in the Constructors’ Standings. 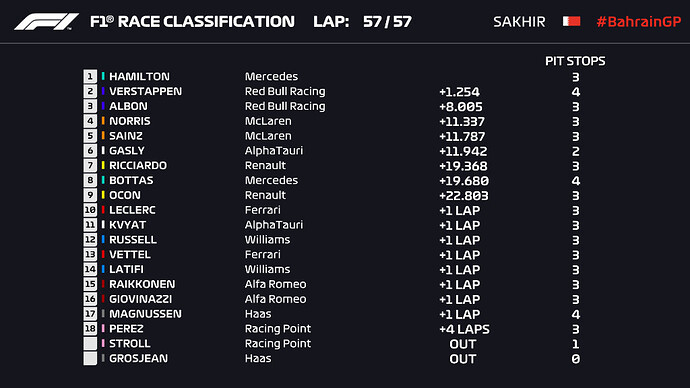 Lewis Hamilton champions the 2020 Bahrain Grand Prix, followed by Verstappen and Albon. This bodes well for Albon, who has been warned that he will lose next year’s seat if he doesn’t impress Red Bull in these last few races

Hamilton led all but 1 lap today, putting him only 12 laps behind Michael Schumacher’s record of laps led in his career 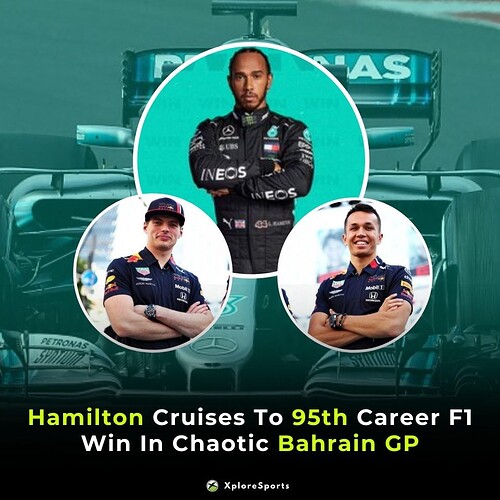 Romain Grosjean was voted Driver of the Day by the fans, a nod towards his bravery and quick thinking after his terrifying crash today

McLaren’s Norris and Sainz finished P4 and P5, putting McLaren at number 3 in the Constructor’s Championship

Only 2 more races to go- I don’t know whether to be excited to see the results or to be upset that the season is ending!!

Keeping in mind at Romain Grosjean’s lucky escape, the FIA introduced new race suits this year which are heavier but protect the drivers from fire for 20 seconds.