F1 IS BACK WITH THE SAKHIR GP

Last Race at the Track: 29th November 2020, won by Lewis Hamilton for the 3rd year in a row

It’s a challenging circuit, with drivers battling not only each other but natural hurdles like high-speed winds and fluctuating temperatures

The off-camber and downhill Turn 10 is the crown jewel of the circuit, both feared and celebrated by the drivers.

The first race of the season, it’s a pretty regular part of the F1 calendars over the years. For those of you who are returning F1 fans, you may remember this as the race where Romain Grosjean was involved in a massive crash

What are YOUR predictions for the 2021 season? 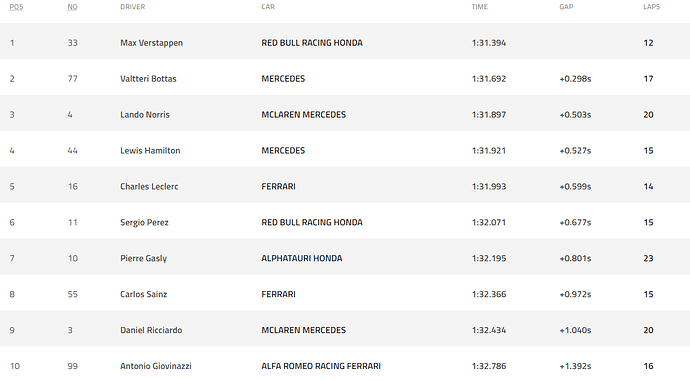 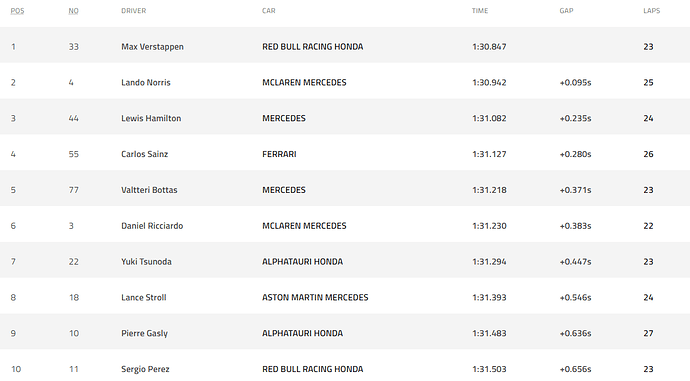 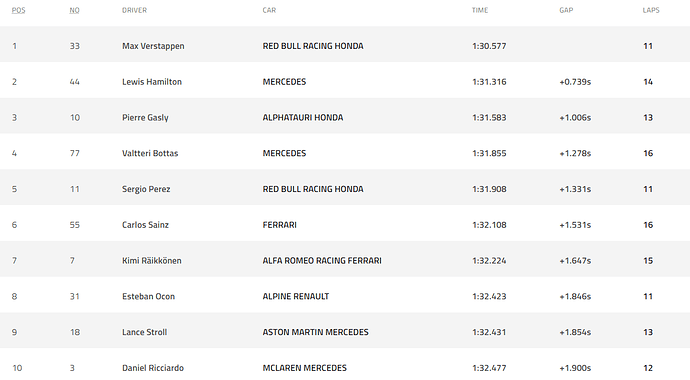 Looking at these results, you’d probably wonder whether Mercedes is sandbagging it or they’re pulling a Ferrari 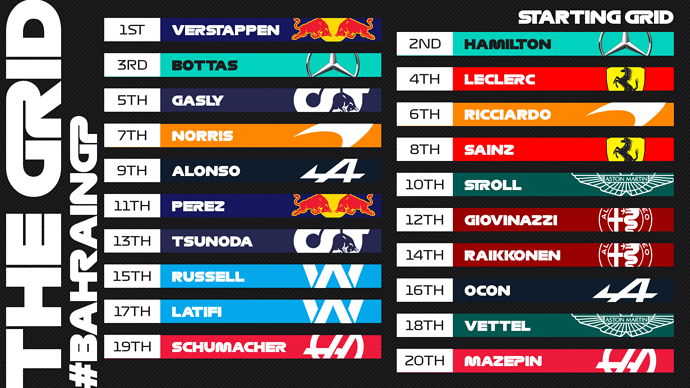 While Mercedes hasn’t filled out the first row of the starting grid per usual, they are starting 2nd and 3rd. There is speculation that this could be a strategic move on Mercedes’ behalf, in order to provide more overtaking opportunities. Either way, the car seems to be in top form for today’s upcoming race.

Who do you think will win tonight?

Some memes while we wait for the race to start: 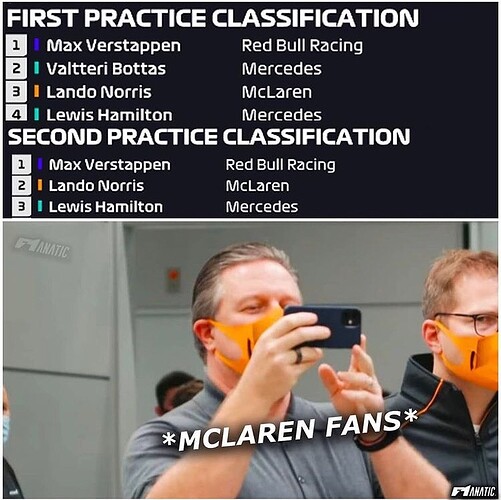 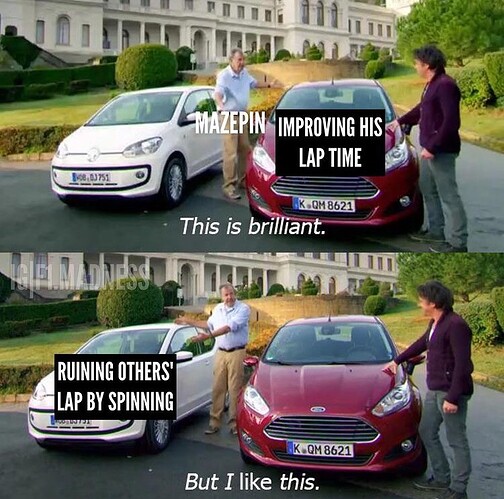 The race hasn’t even begun but trouble has already arisen for Sergio Perez in the formation lap. His car stalled on the side of the track during the lap and was wheeled in to the pit lane, the exit of which will be his start point.

The stewards declared an extra formation lap, which in turn reduced the number of laps in the race to 56.

Looks like that second Red Bull car is cursed after all

Mazepin is out of the race, spinning into turn 3 and colliding against the barrier, and thus living up to the nickname of MazeSpin.

Not a great way to start one’s Formula 1 career, but I guess the F1 fans saying #mazepinout for months have finally been granted their wish

Yellow flags were waved and the Safety Car has been deployed.

Mazepin is out of the race

These Haas cars really have terrible luck at the Bahrain circuit, huh?

The first race of the 2021 season sure is action-packed so far!!

Mick Schumacher spun out into the gravel during the same time frame, but rejoined with little difficulty and even managed to get the fastest lap for the moment. Great job Mick

Looks like that second Red Bull car is cursed after all

Cursed as it may be, Perez seems to be making up for the mechanical issues with his his superb driving, currently holding P11 and fighting Raikkonen for P10

Speaking of Raikkonen, did you guys know that this season marks the 18th season of his and Fernando Alonso’s? Both drivers debuted in F1 in 2001 and took 2 year gaps from the sport.

He deserves better than a 10.9s pitstop.

It cost him 3 places on the grid, dropping him from P2 to P5.

The second DNF of today, Fernando Alonso’s race comes to a sputtering stop as he pulls into the pits with reported brake issues

What a disappointing end to his first race in 3 years 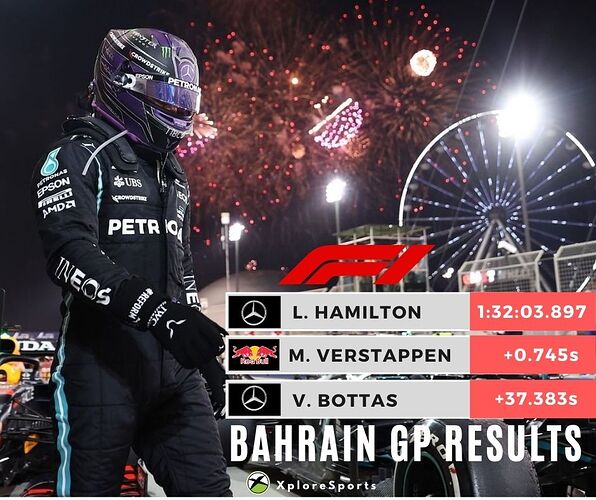 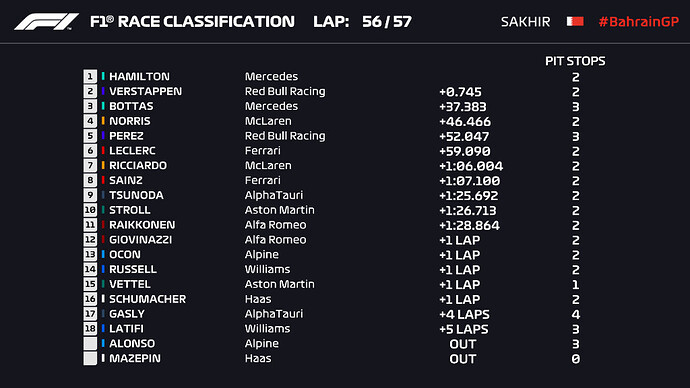 But WHAT A CHASE Verstappen gave Hamilton, a 0.745 second gap between them. I must say that I was disappointed when Verstappen couldn’t take the win, despite his BEAUTIFUL overtake just a couple of laps before.

Mad respect to Hamilton for fending Max off so well though

You could really tell what a seasoned driver he is.

Bottas finished 3rd and bagged the Fastest Lap of the race, earning him an extra point in addition to his 15 position points.

In 4th place finished Norris, followed by Sergio Perez who also won Driver of the Day

A great day for the Ferraris, with Leclerc in 6th and Sainz in 8th place. Much better than last year, at least.

Vettel, unfortunately, did not fare so well at his new team, finishing P15 after a 10s penalty. He also suffered a 5 place grid penalty in quali yesterday. Overall, not Seb’s weekend. His teammate Stroll finished P10. A far cry from Racing Point’s P3, eh?

Unlucky for Verstappen…was so close to winning the race! Would like to see more such tight races this season. 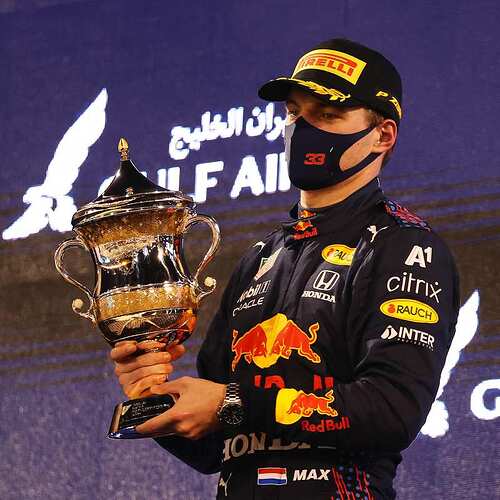 From a pit lane start to a P5 finish It was an eventful Red Bull debut for Sergio Perez!

Voted Driver of the Day in Bahrain! 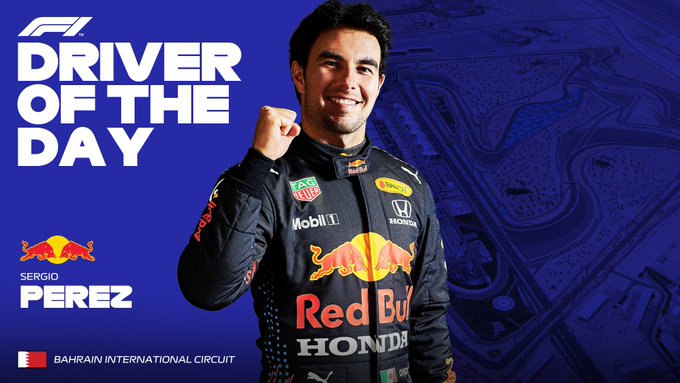 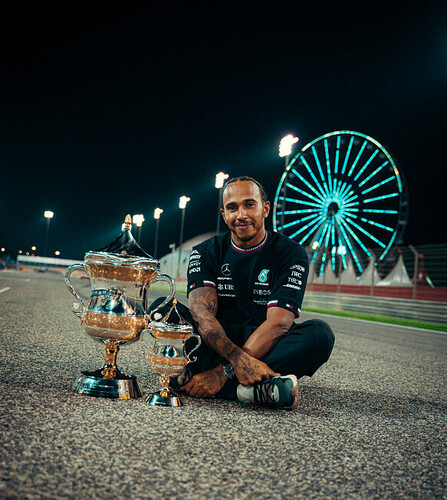 Not only did Hamilton win yesterday’s race, but he also beat yet another one of Michael Schumacher’s records.
For many years, Schumacher has held the record of Most Laps Led at an astounding 5111 laps. Hamilton broke this record by leading 5126 laps as of yesterday

And that, I believe, wraps up the discussion for this weekend’s race. See you guys on the 18th of April for the Imola Grand Prix!!!

P.S. If you missed the race, you can find the highlights here.