Will Haaland vs Mbappe be Football's Next Messi vs Ronaldo Rivalry? 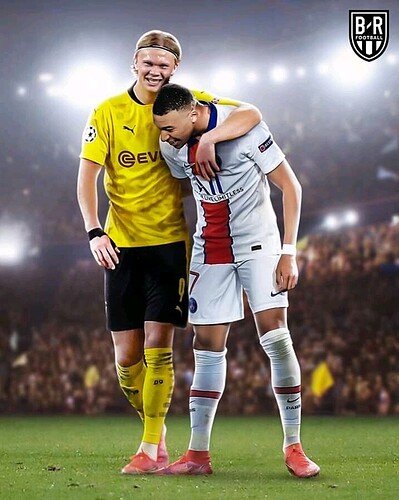 Kylian Mbappe and Erling Haaland are two of soccer’s biggest and brightest young stars. After this week’s Champions League masterclass by both players, could they emerge as the sport’s next greatest individual rivalry?

Join in the discussion and share your various views 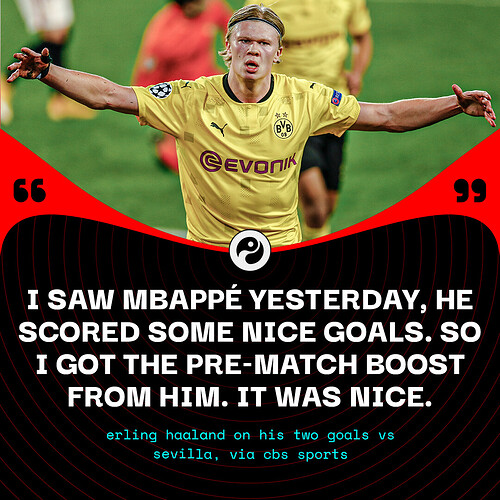 Kylian Mbappé in the UCL

Erling Haaland in the UCL

They have been directly involved in 60 goals in 54 games combined. 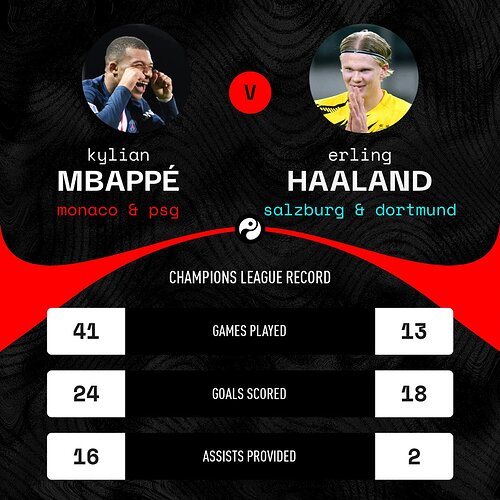 Most Champions League goals scored since 2019-20:

He wanted to maintain the gap

A new era is upon us! 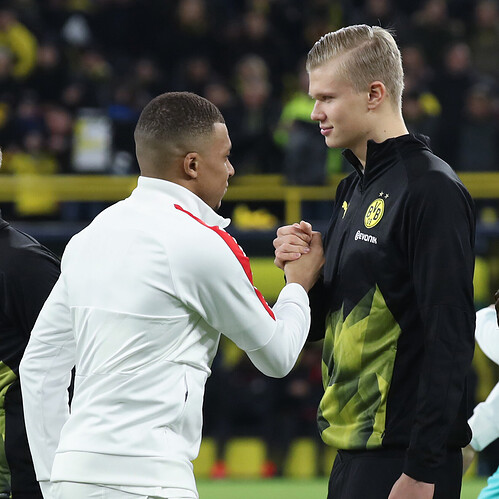 Is this the new rivalry world football needs? (via BBC) 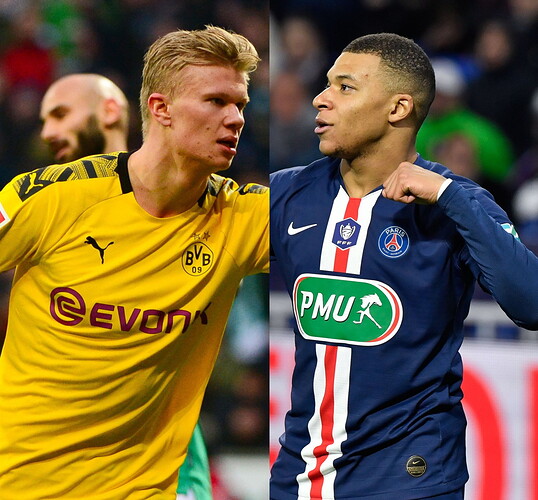 Ronaldo and Messi have won 11 of the past 12 Ballons d’Or - the award for the best player in the world - between them.

Ronaldo is, by some accounts, the top scorer in the history of football with 763 goals for Sporting Lisbon, United, Real, Juve and Portugal.

He is the top scorer in Champions League history (a competition he has won five times), Real Madrid’s record scorer and is seven goals off the record for men’s international goals.

Messi is La Liga’s all-time top scorer and Barcelona’s record scorer. The Argentine has won 34 trophies with the club including Super Cups.

Mbappe has been earmarked as the potential best player in the world for some time. PSG made him the second most expensive player ever, for £166m, after just 46 first-team appearances for Monaco.

At the age of 22 he is already PSG’s third all-time top scorer with 111 (behind just Edinson Cavani and Zlatan Ibrahimovic) and a World Cup winner with France.

But Haaland’s emergence has come as more of a surprise. The 20-year-old was not really known outside his homeland of Norway until last season - when he started a sensational Champions League scoring run.

He has scored 18 goals in only 13 Champions League appearances for Red Bull Salzburg and Borussia Dortmund. Nobody else has ever scored that amount in 20 games.

How do the four compare?

All four players have been highly prolific since the start of last season, averaging between over a goal a game - Haaland - to a goal every 1.4 games in Messi, although the Argentine broke records for assists last season.

It is the Champions League though where Haaland and Mbappe’s form is most striking.

The two youngsters have scored 28 goals since the start of the 2019-20 Champions League. Ronaldo and Messi have 15 combined.

Mbappe (19 goals) and Haaland (18) are the top Champions League scorers before their 21st birthday, well ahead of third-placed Karim Benzema (12). Messi managed eight and Ronaldo had scored none at that age. 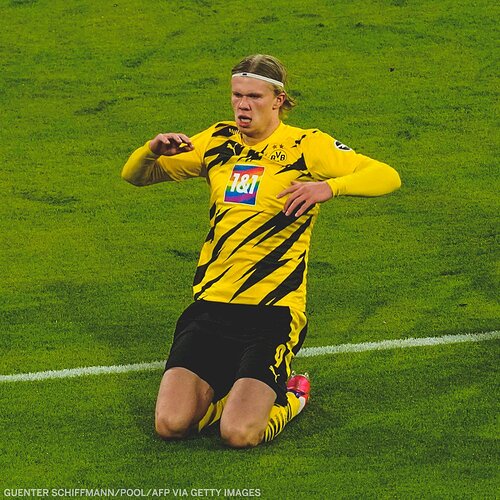 Keep calm and Haaland on 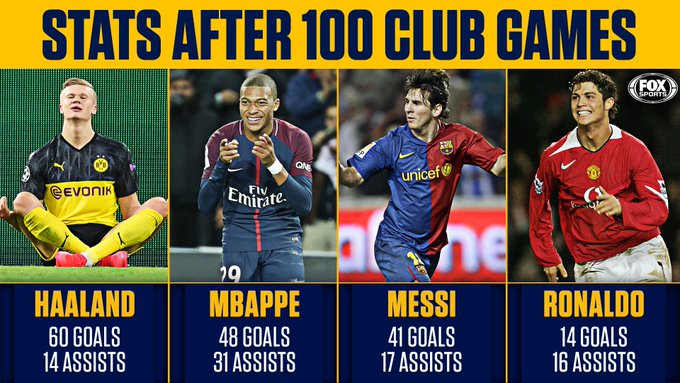 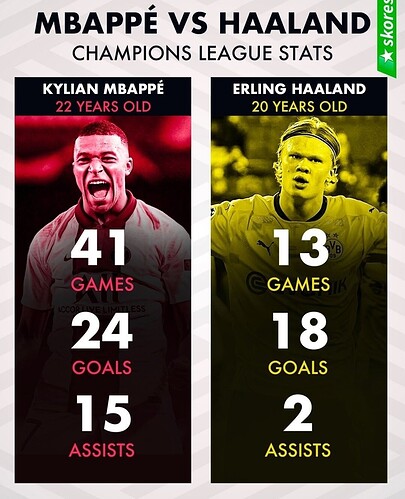 For now the next generation Messi & Ronaldo. Only time can confirm this…

In the last decade, only two players aged 20 or younger in Europe’s top five leagues have scored 20+ goals in a single campaign. 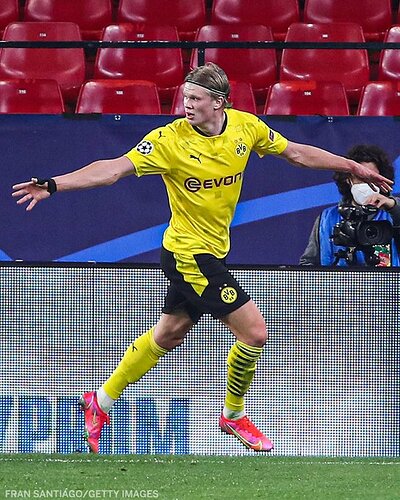 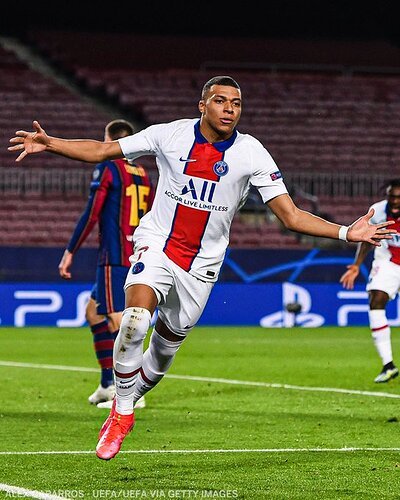 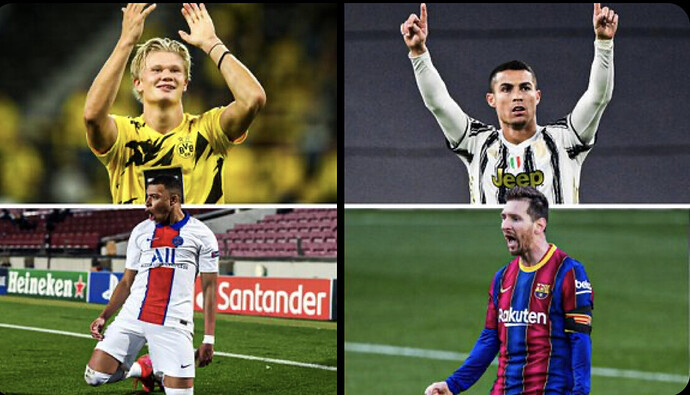 Kylian Mbappe was asked whether he compares himself to Erling Haaland 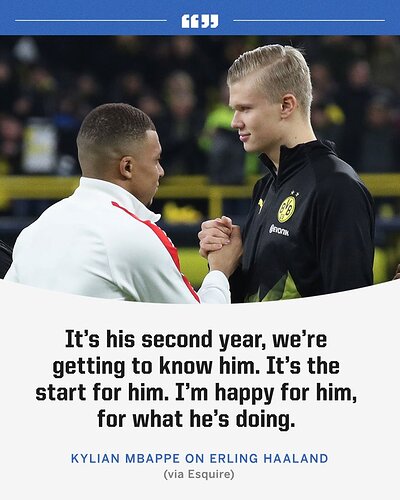