Who has been the most impressive so far in the knockout stages? 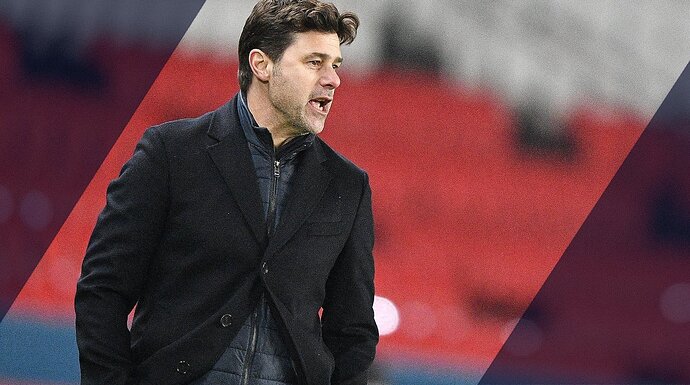 All eyes on Erling Haaland, Sancho was slick. 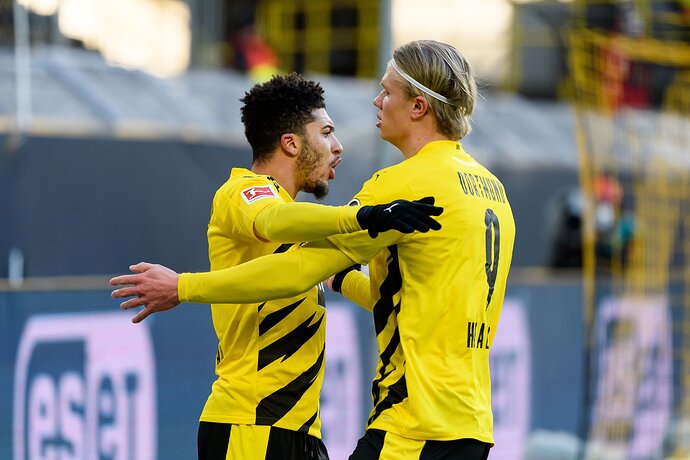 Will they make it?

Juventus can still turn it around at the Alian Arena, 2-1 isn’t entirely a bad result for them, they got the vital away goal and they are still the favorite to go through in the second leg…As for Barcelona, PSG go into the second leg with 4 away goals, I think Baarca lacks the motivation and cutting edge to turn the tie around and it could mean an early exit out of the competition again for Lionel Messi but I’ll personally want both of them to exit together

Who has been the most impressive so far in the knockout stages?

PSG definitely…went to the Camp Nou, outclassed Barcelona, got 4 away goals which is the highest goals scored so far in the knockout round, and they turn Barcelona home ground to their play ground especially Mbappe

The Future and Generational Talents

2 posts were merged into an existing topic: Will Haaland vs Mbappe be Football’s next Messi vs Ronaldo rivalry? 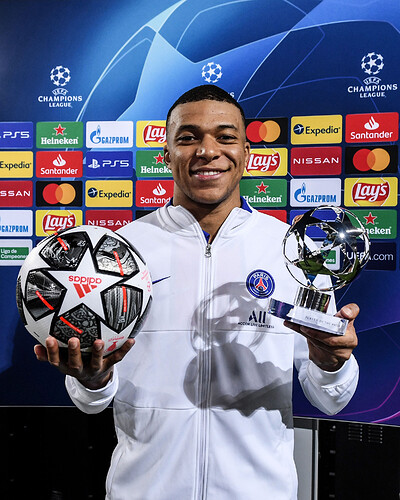 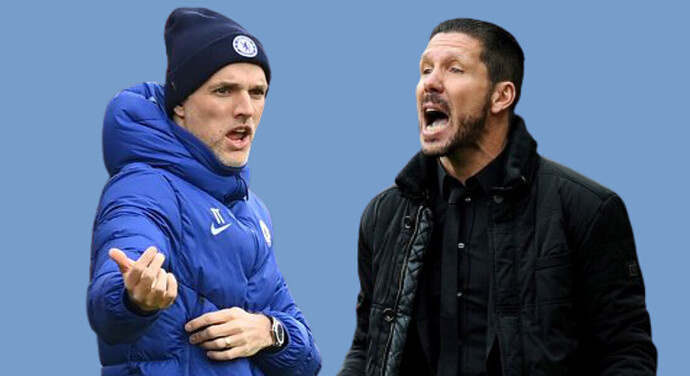 Chelsea visit Arena Nationala in Romania for their UEFA Champions League Round of 16 first leg, as the English giants will be aiming to topple La Liga leaders Atletico Madrid this midweek. This fixture has been considered as one of the most fascinating draws of this season’s Champions League knockout phase, and as the magnitude of the tie reflects, both teams will be raring to come out on top.

Diego Simeone’s men are heading into this clash after an agonising defeat against Levante at the weekend, and the Argentine manager will look at this tie as an opportunity to bounce back to winning ways. Atletico Madrid ensured their spot in the Round of 16 despite collecting just 9 points, as the Spanish giants grabbed the second spot in Group A behind Bayern Munich.

On the other hand, Chelsea ended up as the winners of Group E with 14 points from 6 games, beating Spanish side Sevilla to the top spot. Under the guidance of new manager Thomas Tuchel, the Blues have enjoyed a positive period, going unbeaten in their last eight fixtures across all competitions, but were held by Southampton in the Premier League on Saturday.

The last time these two teams collided with each other was back in the 2017/18 group stages. Chelsea recorded an away win at the Wanda Metropolitan stadium, while the return leg ended in a draw.

Atletico will be without Kieran Trippier (suspended) and Hector Herrera (illness), while Yannick Carrasco is sidelined with a foot injury and defender Jose Gimenez suffered a muscle problem at the weekend.

Chelsea will be without experienced defender Thiago Silva with the Brazilian recovering from a knock, but midfielder Kai Havertz and forward Christian Pulisic are in contention.

Callum Hudson-Odoi was hauled off against Southampton despite coming on as a substitute but the winger will travel to Bucharest.

The overall head-to-head between Atlético Madrid and Chelsea in European competition is perfectly balanced, with two wins each, three draws and 11 goals each. 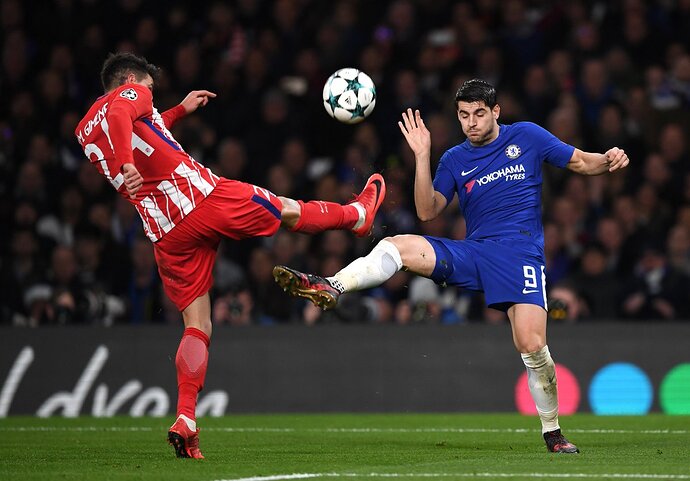 Atlético Madrid prevailed in their only previous UEFA Champions League knockout tie with Chelsea - it was in the 2013/14 semi-finals (3-1 on aggregate). 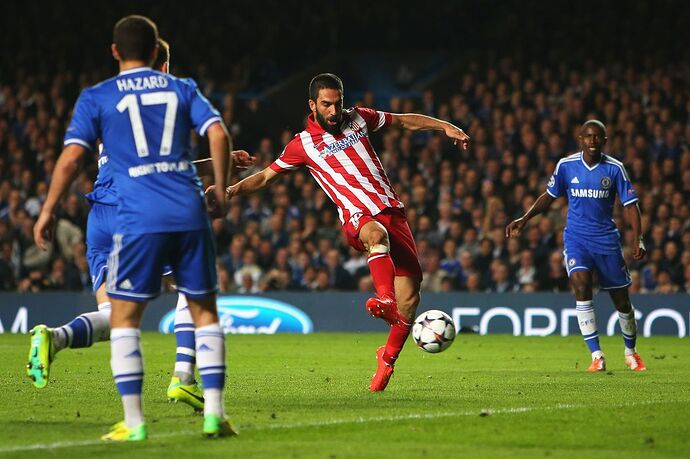 Diego Simeone has never lost a home match as Atlético Madrid manager in the knockout stages of the UEFA Champions League (W9 D4). In fact, Atletico have only conceded one goal in their last 12 UCL k/o ties at their Vicente Calderón/Wanda Metroplitano stadiums, that was against city rivals Real Madrid in May 2017 (2-1) 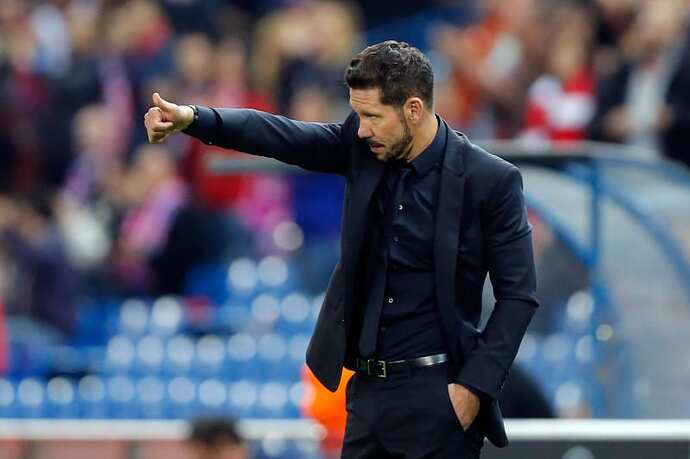 Chelsea are the last team to beat Atlético Madrid on their own turf in European competition - it was in September 2017, Atlético’s first ever European match at their new Wanda Metroplitano stadium (1-2) 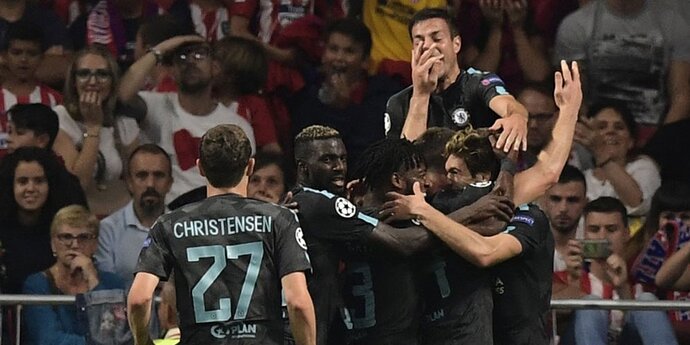 Atlético Madrid scored only seven goals in six games in this season’s group stages, the lowest tally amongst the 16 remaining sides in the competition. 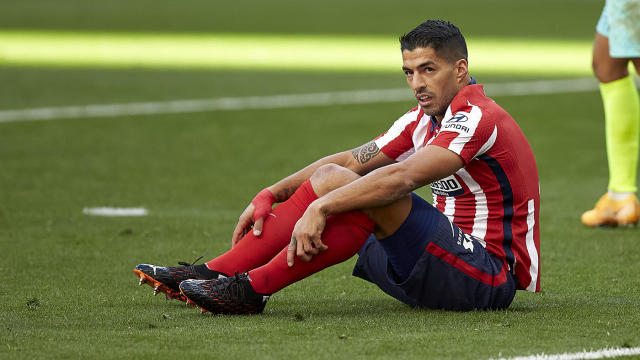 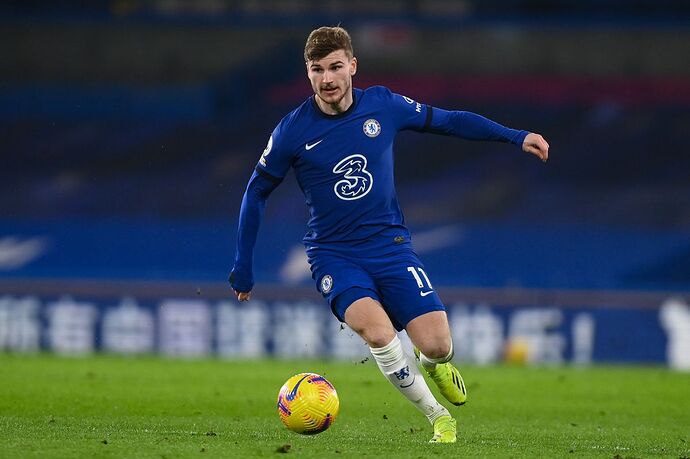 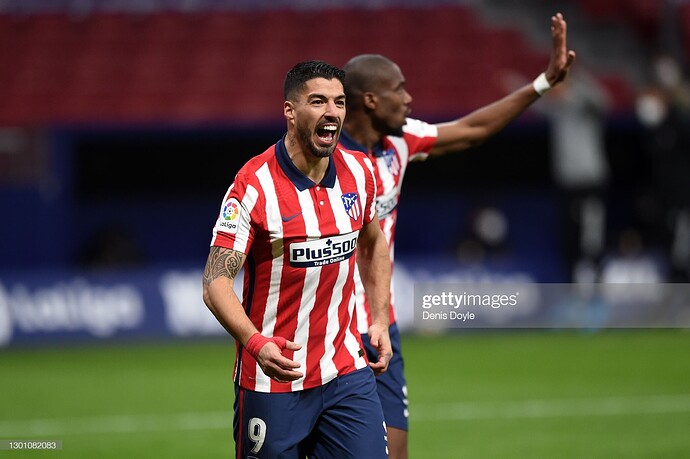 Both Strikers could be key for their various teams tonight 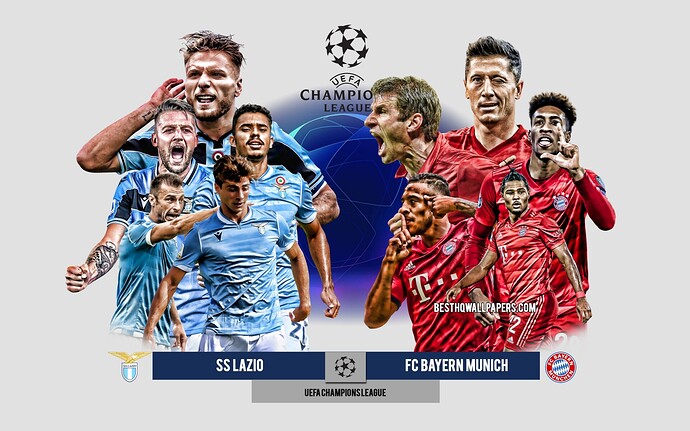 Things have gone sour for Bayern Munich following their triumph in the FIFA Club World Cup. They have dropped points in back to back Bundesliga matches, losing their most recent game against Eintracht Frankfurt. Such run of form has allowed RB Leipzig to creep up on the Bundesliga league leaders, with the title race still pretty much on.

The Bavarians, though, are looking to shift their attention towards the UEFA Champions League for now, as they travel to Stadio Olimpico to face Lazio on Tuesday. The current holders are hoping to gain the advantage heading into the second leg by bagging a couple of away goals that could certainly put them in the ascendancy.

Lazio, though, are no slouch. They are pretty much in contention for a top-four finish in Serie A, alongside Roma, Juventus and Atalanta and have been in excellent form recently. In fact, the recent defeat to league leaders Inter Milan was their only one in their last eight league matches – a run of form that has helped them gain the advantage over rivals Juventus and Napoli.

As far as the Champions League is concerned, Lazio finished second to Borussia Dortmund in Group F, but along with Bayern Munich, they were one of only four teams to remain unbeaten in the group stages

Lazio have never faced Bayern Munich in a competitive game before this tie, and will look to start off with an upset against the Bavarians.

The Italian side will miss Luiz Felipe, Stefan Radu, Thomas Strakosha and Silvio Proto for this game. All four players are nursing injury concerns.

Thomas Muller and Benjamin Pavard remain unavailable, with both players self-isolating after testing positive for COVID-19.

Corentin Tolisso picked up yet another injury as his wretched luck continued. Alexander Nubel, Serge Gnabry and Tanguy Nianzou are also ruled out.

Chelsea square off with Atletico Madrid in another tasty fixture. The Spaniards will have revenge on their mind, with the Londoners having eliminated them from the group stage in 2018.

The overall head-to-head between Atlético Madrid and Chelsea in European competition is perfectly balanced, with two wins each, three draws and 11 goals each.