Who are the best football defenders in the world?

Although often overlooked when big football awards like Ballon d’Or are given out, defenders are as important to the winning of a match as strikers or other players. Indeed, they are the players who will correct strikers’ mistakes. They lead and organize a defensive line.

Who do you think are the best football defenders in the world? 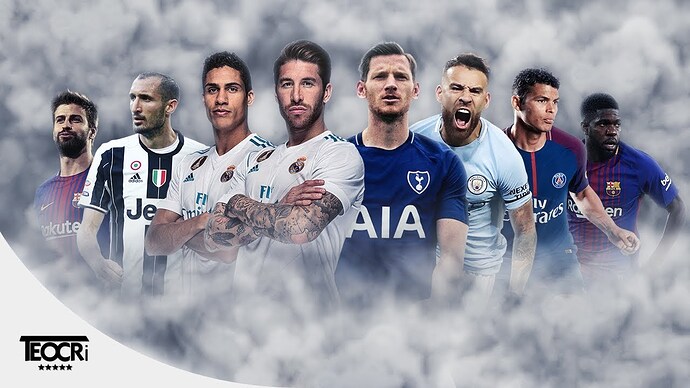 A product of Bayern Munich youth academy, Mats Hummels, currently plays as a central defender for the Bundesliga side Borussia Dortmund. Besides, he also plays for the German national football team.

He began his senior football career with Bayern Munich’s second squad before being promoted to the first team in 2007. In 2009, he joined Borussia Dortmund before returning to Bayern Munich in 2016.

Finally, in 2019, he transferred to Borussia Dortmund for the second time. Mats Hummels was instrumental in Germany’s 2014 FIFA World Cup victory. He’s been named to the Bundesliga Team of the Season three times thus far. He then joined AS Roma in 2002 before joining Juventus in 2005. In addition, in 2004, he became a key member of the Italian national squad.

In 2009, Giorgio Chiellini was named Juventus Player of the Year. In addition, in 2017, he was named to the Juventus Greatest XI of All Time. To far, he has won the Serie A Defender of the Year title three times. One of the highest-rated defenders in 2022, Thiago Silva, currently plays as a central defender for the Premier League club Chelsea. Besides, he also plays for the Brazilian national team.

In 2002, he began his football career with RS Futebol before joining Juventude in 2003. After that, he played for Porto B, Dynamo Moscow, Fluminense, and Milan, among others. He then joined PSG in 2012.

Thiago Silva was instrumental in Brazil’s 2013 FIFA Confederations Cup victory. In 2019, he assisted the team in winning the Copa América 2019. 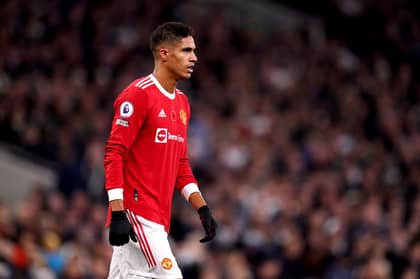 Ole Gunnar Solskjaer and Manchester United’s struggles were dealt a blow in early November when centre-back Raphael Varane was ruled out for a month. In the three games Varane missed earlier in the season, United shipped 11 goals while his return saw them blank Spurs 3-0. With him back in the treatment room, the under-pressure Old Trafford boss’ future depends on a fit-again Victor Lindelof and out-of-form Harry Maguire. 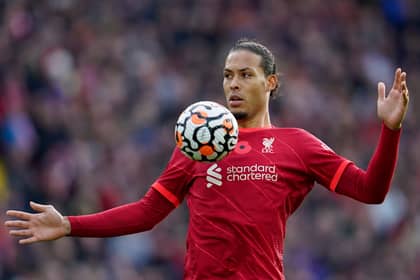 “I’m still on the way,” says Virgil van Dijk, who missed all but five games of Liverpool’s title defence thanks to Jordan Pickford’s horror tackle devastated his right knee. "I’m my own biggest critic and I know exactly when I can do better, and when things are going well too. How I see it is to just improve as much as I can, and I’m fairly confident in the way I see things.” Despite Jurgen Klopp talking about managing the Dutchman’s workload ahead of the season, van Dijk has played every minute of the Reds’ 10 Premier League games, matched only by Mo Salah. 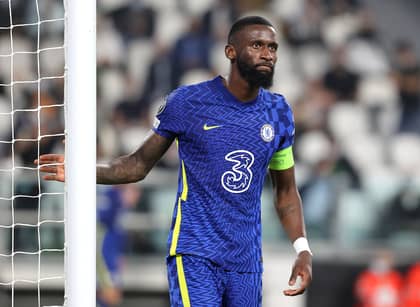 Thomas Tuchel may have been fired from his last two jobs by Borussia Dortmund and PSG respectively, but at Chelsea, he’s proving to be a perfect fit and has worked wonders with many of the incumbent squad. Antonio Rudiger has been the pick of a Blues defence that’s conceded just four goals in 11 matches to lead them to the top of the Premier League (and just one in four Champions League clashes) and the German centre-back could have easily been joined on this list by the rejuvenated Thiago Silva or up-and-comer Trevoh Chalobah, who’ve also impressed. 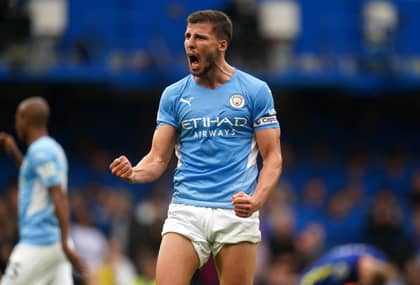 Ruben Dias cleaned up in awards season 2020/21 scooping the Football Writers’ Association and Premier League Player of the Season awards after his storming first year at Manchester City. He was rewarded with being added to the City roll of captains before the new season and has continued to be a striker’s worst nightmare in the Sky Blues’ first 11 Premier League matches.

Carles Puyol, born on 13 April 1978 is a Spanish former professional footballer who spent his entire career for Barca. He mainly played as a central defender, but he could also play in either full-back position, mostly as a right-back. Praised for his defensive qualities and leadership, he is widely regarded as one of the best defenders and captains in the history of the sport.

Puyol started playing football for his hometown club as a goalkeeper, but after injury problems with his shoulder he switched to forward. He said that in his youth, "My parents were skeptical about me becoming a footballer and encouraged me to study. In 1995, he joined the Catalan club’s youth academy at La Masia, switching positions again, to play as a defensive midfielder. Two years later, he started playing for the club’s B team, occupying the position of right-back.

In 1998, Barcelona accepted an offer from Malaga to sell Puyol. However, he refused to leave after seeing his best friend Xavi made his first-team debut.

Finally he made the A team in 1999. After that he went on to win 21 major titles, including six La Liga trophies and three Champions Leagues. From August 2004 until his retirement in 2014 he was the captain of the club, and appeared in 593 competitive matches. He also won a total of 100 matches for Spain, and was part of the squads that won Euro 2008 and the 2010 World Cup. In the 2010 World Cup semi-final, he even scored the winning goal in the semi-final and eventually winning them the World Cup.

Puyol bid farewell to the football world on 15 May 2014. At his retirement he said, “I’ve lived the dream of so many young kids, doing what I most enjoy in life, playing football and training”. 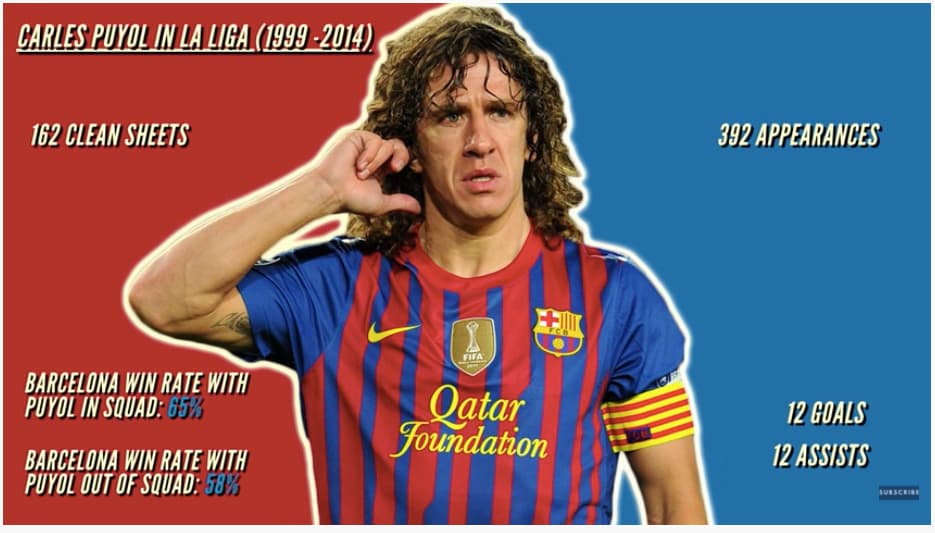 PSG, Real Madrid and Spain defender Sergio Ramos has long been heralded as one of the best in his position in the world. He played as a centre-back for Real Madrid for 16 seasons, whom he captained for six seasons. He has previously played as a right-back earlier in his career. In 2021, he joined PSG on a free transfer.

When not getting himself into trouble, Ramos is considered exceptional. He is strong and fast, applauded by fans & football pundits for his attacking skills and thrives in one-on-one battles with opponents.

Additionally, Ramos has been named La Liga’s Best Defender a record five times, and to the La Liga Team of the Season in 2015–16.

Internationally, the 35 yr old has represented the Spanish national team at four World Cups and three European Championships. He currently holds the record as the most capped player (180 apps) in the history of the Spanish national team and is his country’s eighth-highest all-time goalscorer. He also holds the record of most international victories for Spain with 131 matches won.

France Football on Sergio Ramos: “The dominant impression is that a defender has never had a similar impact on the teams he played for. And this occurs in both areas (defense and attack), which perhaps makes him unique compared to his predecessors.” 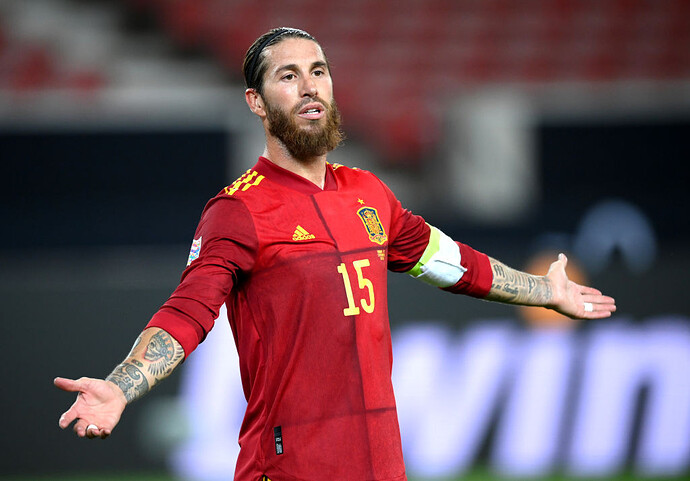 Sergio Aguero has named John Terry as the best Premier League centre-back he played against! 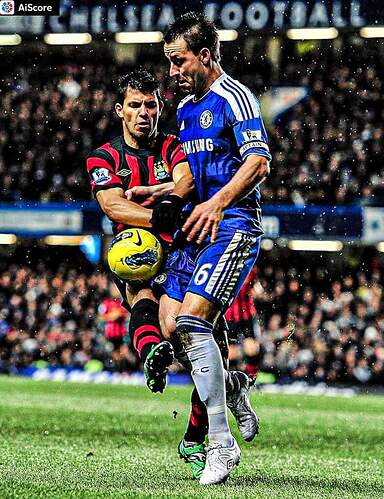 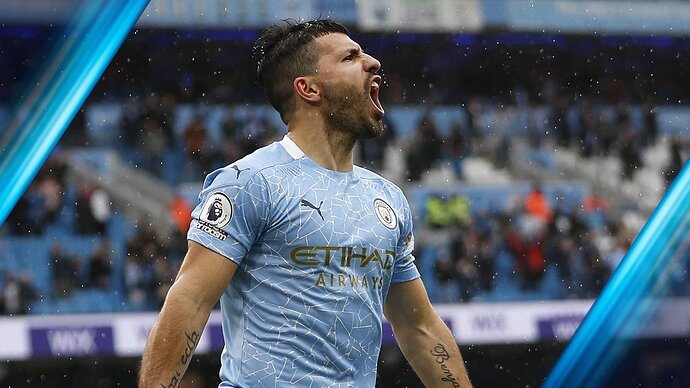 John Terry addresses Nemanja Vidic debate as to who was better

Terry and Vidic are considered to be two of the best defenders in the Premier League’s history and proved to be the backbone of their teams for years to come. The duo were part of the teams regularly competing for the Premier League title, winning a host of trophies at Chelsea and Manchester United.

Both players were fierce competitors in the PFA’s Team of the Year, with both featuring four times, while Vidic was also named the Premier League’s Player of the Year on two occasions.

Terry had come through the Chelsea academy while Manchester United had signed Vidic from Spartak Moscow for a transfer fee around £7 million.

The Blues star icon won 5 Premier League titles, 5 FA Cups and the Champions League over the course of his 20-year career at Chelsea, Nottingham Forest and Aston Villa.

As reported by Daily Star, when asked the question in a Q&A session, Legendary Chelsea captain John Terry has addressed the debate over who was better between him and former Manchester United star Nemanja Vidic:

“Everyone will have different opinions, but Vidic was an unbelievable defender.

“I get asked this a lot and the big thing that allows you to be spoken of as one of the very best is longevity. Vidic done this year, after year, after year. Top guy as well.”

In my opinion, it is remarkable of Terry to speak so highly of Vidic in response to the debate, in a sense exhibiting a mark of a true legend. 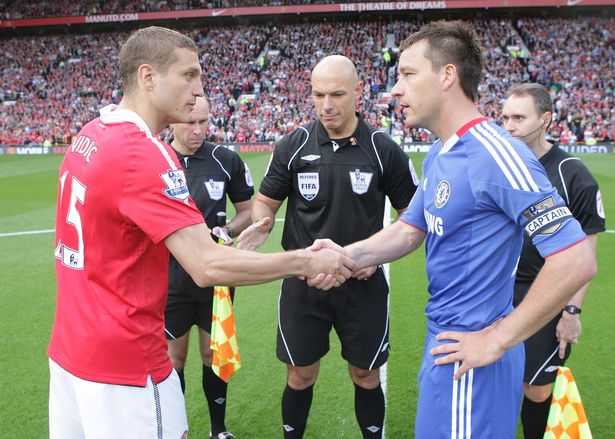 Philipp Lahm is a former German professional footballer considered to be the greatest full-back of all time. Even if Lahm was right-footed, it didn’t stop him from playing on both sides of the field, due to his tactical intelligence and versatility. He was renowned for his pace, technique, stamina, and precise tackling abilities. However, the attribute that helped the team the most was his ability to read the game. He earned the nickname the “Magic Dwarf” for his small stature.

His achievements for his club, country and himself -

In February 2017 he made his milestone 500th appearance for Bayern – the club he had joined as an 11-year-old. At the end of that season, the veteran lifted the Bundesliga shield for an eighth and final time before hanging up his boots. Just after retirement he, was given the role of tournament director for the Euro 2024 finals. 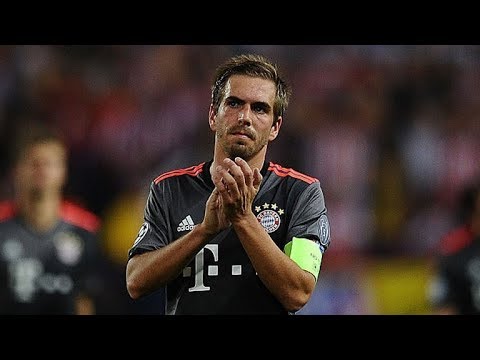 The Manchester United legend who played as a centre-back is regarded as one of the best defenders of his generation. He was a fan favourite through out his stellar career in which he won 6 Premier League titles, a Champions League, 2 League Cups and a Club World Cup as well as captaining England and earning 81 caps for his country between 1997 and 2011.

Ferdinand began his football career playing at West Ham United and made his professional Premier League debut in 1996. His achievements and footballing potential attracted Leeds United and he transferred to the club for a record-breaking fee of £18 million. He spent two seasons at the club, becoming the team captain in 2001. The Londoner became the most expensive defender when he completed a £30million switch from Leeds to Manchester United in July 2002., breaking the transfer fee record once more.

He received plaudits for his performances, featuring in the PFA Team of the Year 4 times in 5 years. His career at United ended when his contract expired in 2014. He announced his retirement from professional football in May 2015. 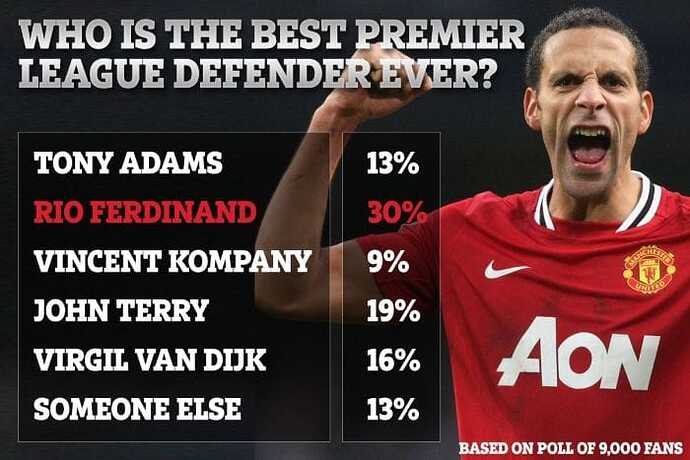 I think Thiago Silva is the best defender in the world.

@Finn Agree. Thiago Silva is the ‘Messi of defenders’