What Should Chelsea do with Romelu Lukaku?

Romelu Lukaku told Sky in Italy earlier this month he was “not very happy” with his situation at Chelsea and complained of Tuchel’s decision to play a “different formation”;

Lukaku - who joined Chelsea in a club-record transfer in the summer - gave an interview to Sky in Italy in which he said he was “not very happy with the situation” at Stamford Bridge, and complained of Tuchel’s decision to play “a different formation”.

The interview was recorded earlier this month but published on Thursday. 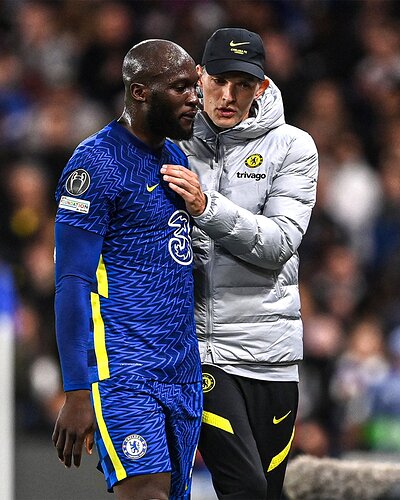 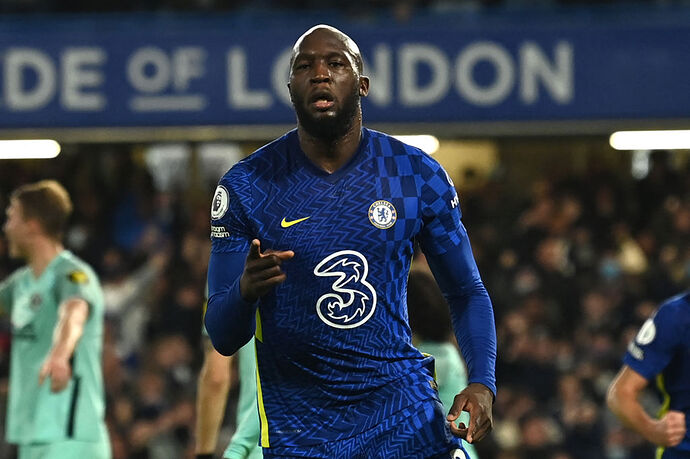 Romelu Lukaku to @SkySport: “I think everything that happened last summer was not supposed to happen like this… how I left Inter, the way I left the club, how I communicated with Inter fans - this bothers me because it was not the right time”. 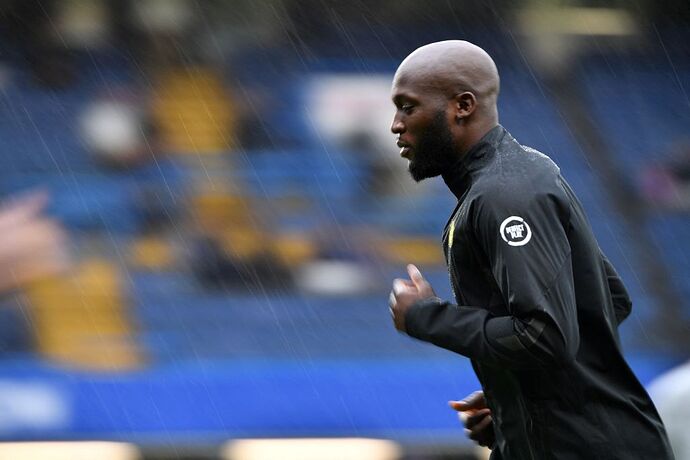 Romelu Lukaku to Sky Sport: “Now it’s the right time to share my feelings. I have always said that I have Inter in my heart: I know I will RETURN to Inter, I really hope so. I am in love with Italy, this is right moment to talk and let people know what really happened”. 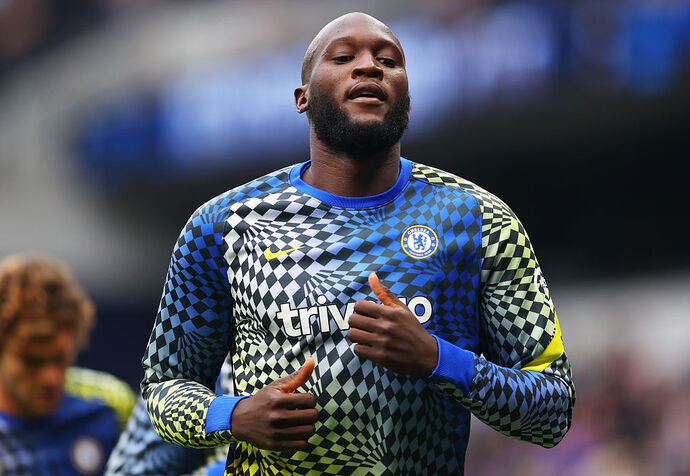 Lukaku to @SkySport: “I really hope from bottom of my heart to return to Inter not at the end of my career, but when I’m still at top level to win more together”.

“I want apologize to the Inter fan, timing of my words was wrong: what you did for me will remain forever". 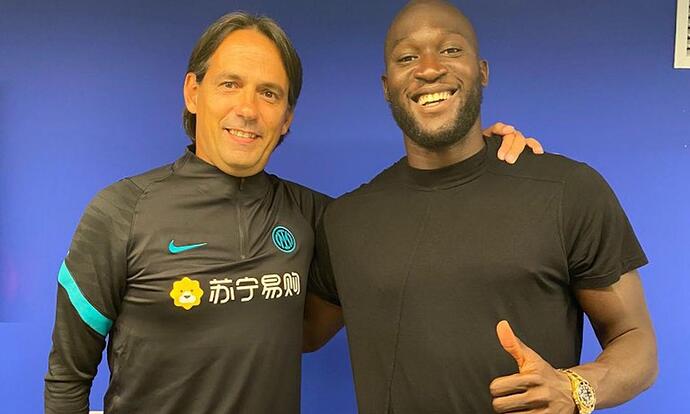 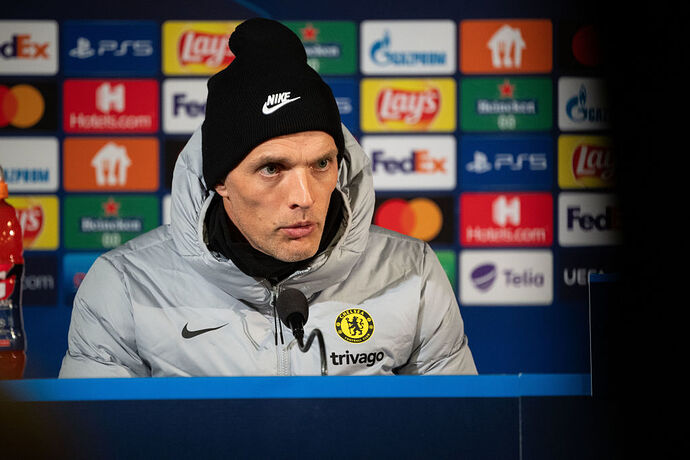 Thomas Tuchel: “We will talk with Lukaku openly behind closed doors. I am surprised because I don’t see him unhappy - the opposite”.

“We here can take the time to try to understand what is going on with Romelu, it does not reflect the daily attitude”.

Tuchel on Lukaku words again: “It would’ve been loud anyway [regardless of timing of comments]. If you’re such a big player like Romelu is… he surely knows what kind of value it has when he speaks out”.

“I’m in a moment in which I believe the manager can make me play more but I respect his choices. I just have to keep working and wait for my moment”. 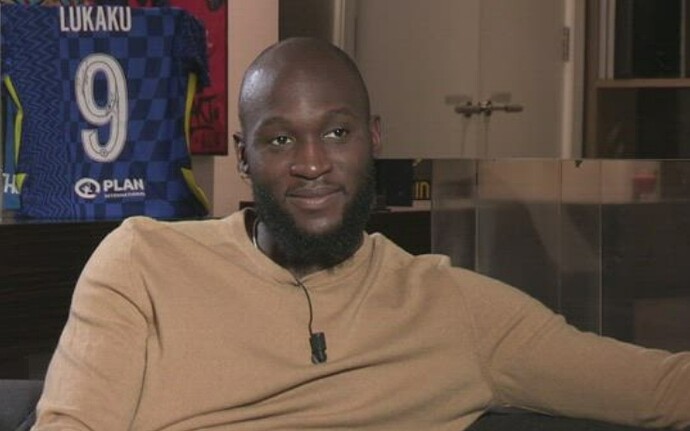 Lukaku: “Tuchel and I are trying to find a tactical system where we can “find” each other - a way to help the team because the situation [PL table] is a bit complicated. He made his choice - I keep working, at a certain point I’ll speak with Tuchel and we will see the situation”.

Lukaku to Sky: “I’m always thinking about Milano, Milano, Milano… Inter fans are the best in the world. I love the city and the best moment of my career was at Inter. I am in love with Italy - I have Inter in my heart”. 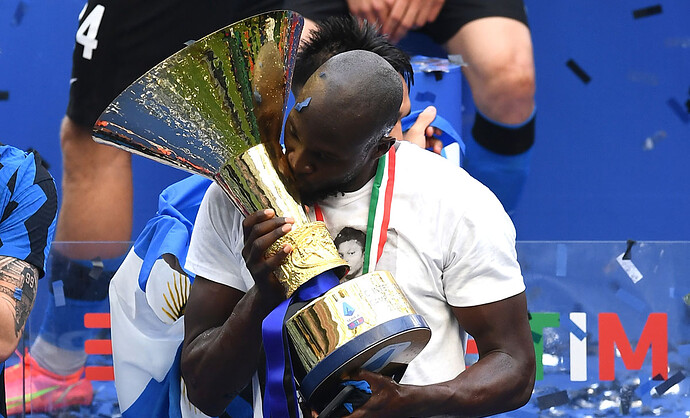 Lukaku to Sky: “Why was the honeymoon with Inter over? I’ve been a supporter of Chelsea since I was a kid, it’s my favorite team. Then I went to Chelsea at 18 and it wasn’t working - so I always had that Chelsea mission/challenge in my head”. 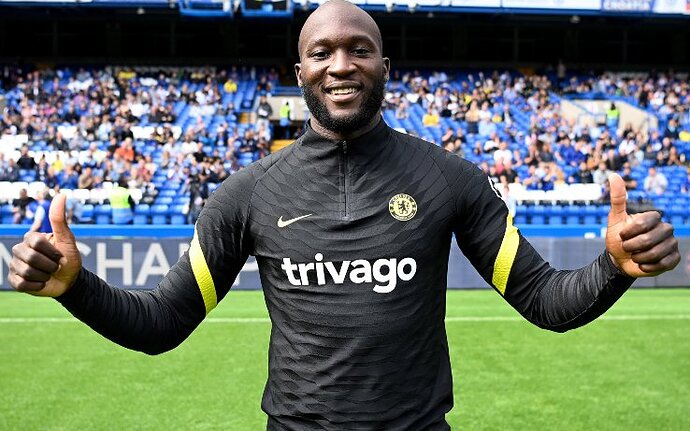 Lukaku to Sky: “In summer 2020 I turned down an offer from Manchester City. It was a higher offer than Chelsea’s one. I refused because I couldn’t leave Inter after just one year - it’s the club that saved my career when I was feeling bad at Manchester United”. 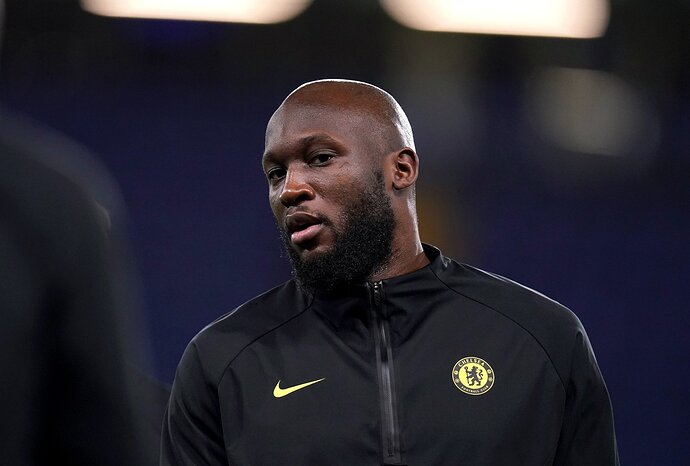 Lukaku to Sky: "Last summer I went to talk to the Inter board and I asked for a new contract. I said: I’m 28, I wanted to plan my life in Italy with a new deal… but Inter said no. Maybe there wasn’t the economic possibility. For me it was difficult to accept”. 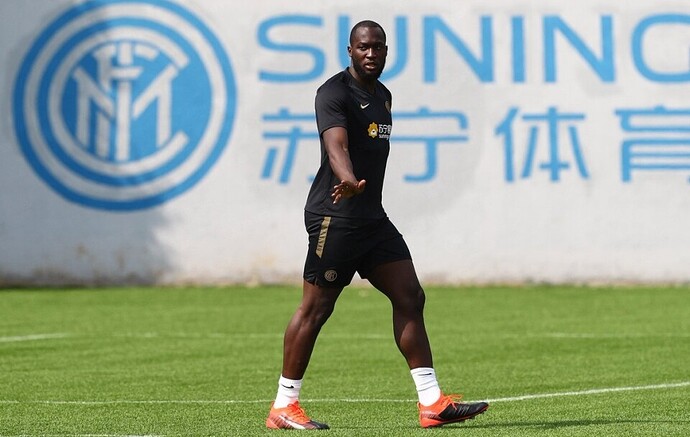 Lukaku to Sky: “There are 3 teams at top level: Barcelona, Real, Bayern. All the players dream of them, that’s the truth. I thought I was going to one of those clubs after Inter".

"This didn’t happened and I said: there is only one club where I can imagine myself, it’s Chelsea”. 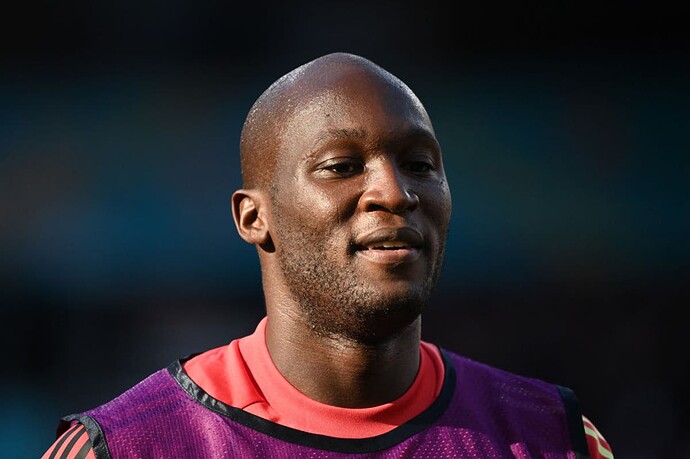 Lukaku: "Last summer I didn’t think about going to Chelsea until they really came with an offer. Simone Inzaghi behaved very well with me”.

Can we say that if Inter had offered me a new contract I would have stayed? “Yes (Romelu nods two times)”. 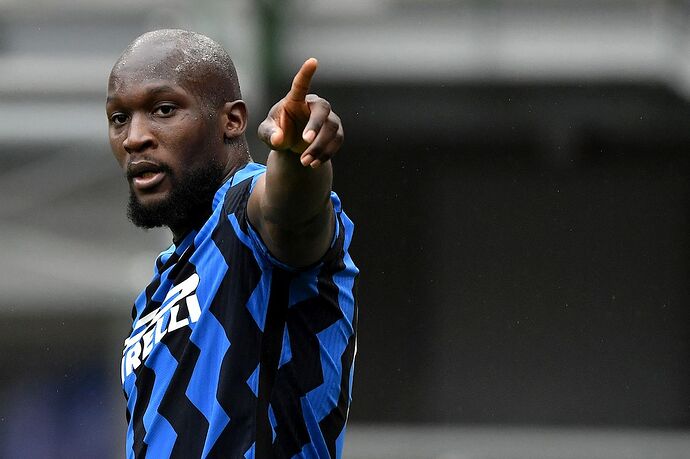 Lukaku to Sky: "When Chelsea contacted me it was a challenge for me. Also because it bothered me a lot to have ever won Premier League titles in 8 years. It was hard to turn down the chance to return to the Premier League in the club I support since I was a child”. 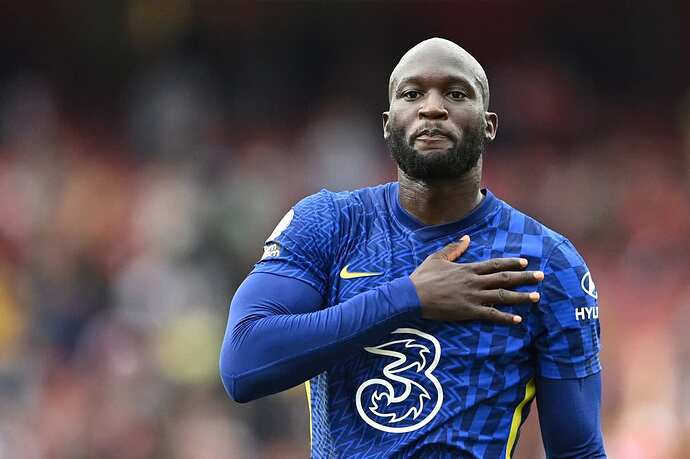 Sky: “Can we say that you would have stayed Inter if the club had the economic power to keep top players?”.

Lukaku: “In that case I would have stayed at Inter 100% last summer! No need to discuss that. Then Conte left, then Hakimi, the club was rumored to be in trouble…”. 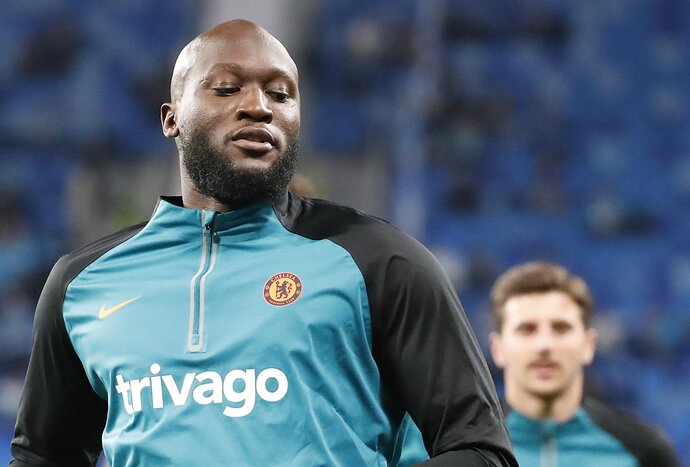 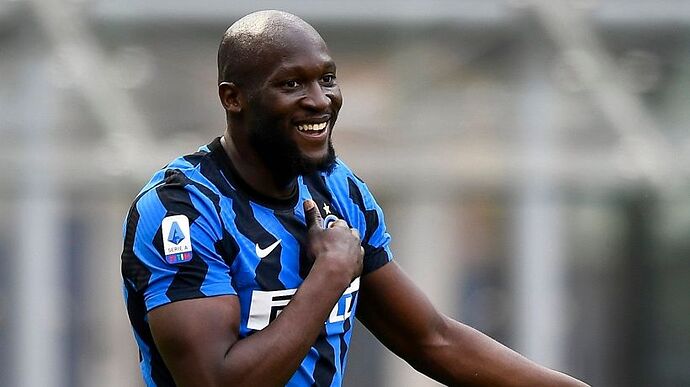 Lukaku to Sky: "Yes, I spoke to Antonio Conte also on personal life. Having him as an opponent will be a challenge, I never won against him! When he left Inter, it hurt me. But I would have stayed at Inter even without him, the problem was the new contract I asked”. 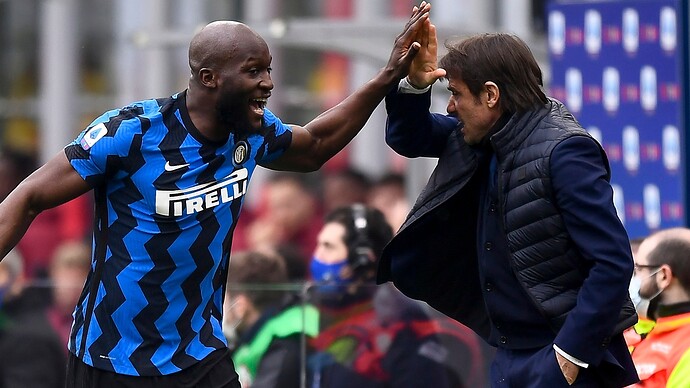