From Pele to Messi and everyone in between, there is a list of the best of best in football that the South American continent has had to offer us. Who do you think are the top South American soccer players who have ever played the game?

The finest talent the world has ever seen and is ever likely to see!

At 17, Pele became the youngest ever winner of a World Cup in 1958. Under Pele’s leadership, Brazil won the World Cup in 1958, 1962, and 1970. His stunning solo goal in the final against Sweden is still an iconic memory.

Pele is the most successful domestic league goal-scorer in football history scoring 650 goals in 694 League games. He has scored a total of 1,281 goals in 1363 games which is a Guinness World Record. 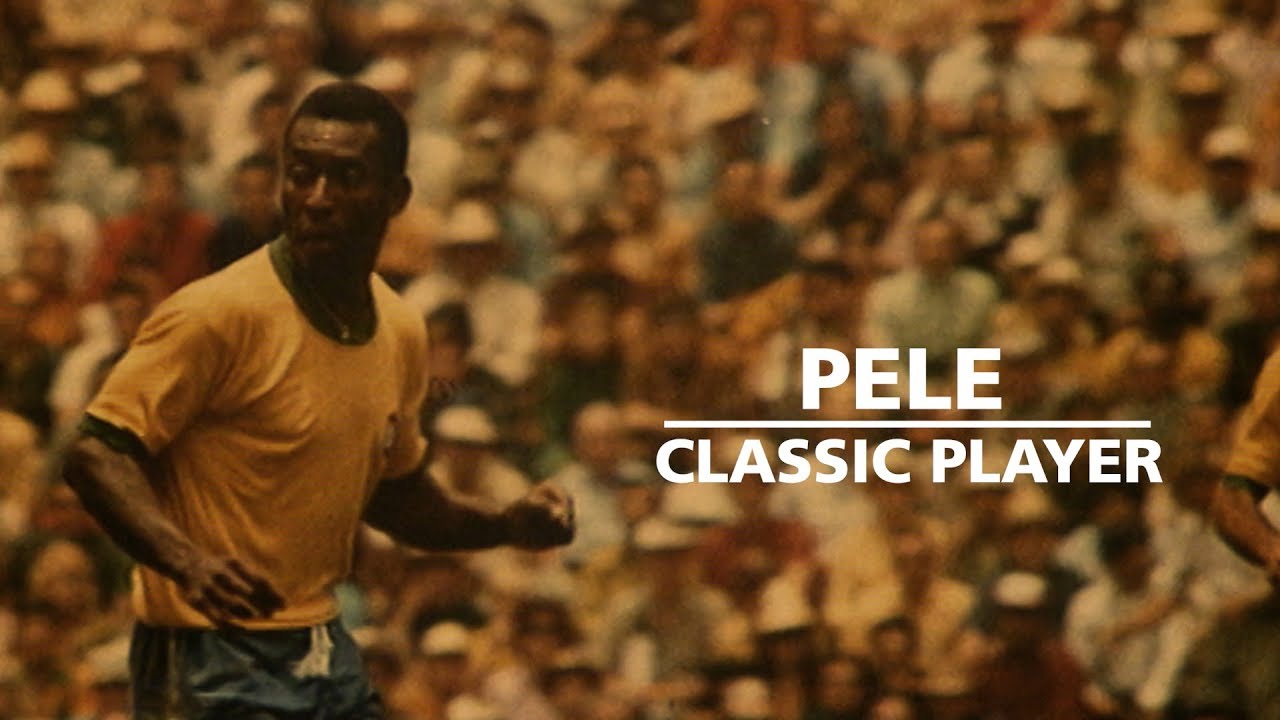 There is no doubt about it, South America is a breeding ground for some of the world’s finest football talent.

Ronaldinho is a Brazilian former professional footballer. He played mostly as an attacking midfielder, but was also deployed as a forward or a winger. He played the bulk of his career at European clubs Paris Saint-Germain, Barcelona and A.C. Milan as well as playing for the Brazilian national team. Often considered one of the best players of his generation and regarded by many as one of the greatest of all time. Here are some of Ronaldinho achievements:

He was renowned for his technical skills and creativity; due to his agility, pace and dribbling ability, as well as his use of tricks, feints, overhead kicks, no-look passes and accuracy from free-kicks. 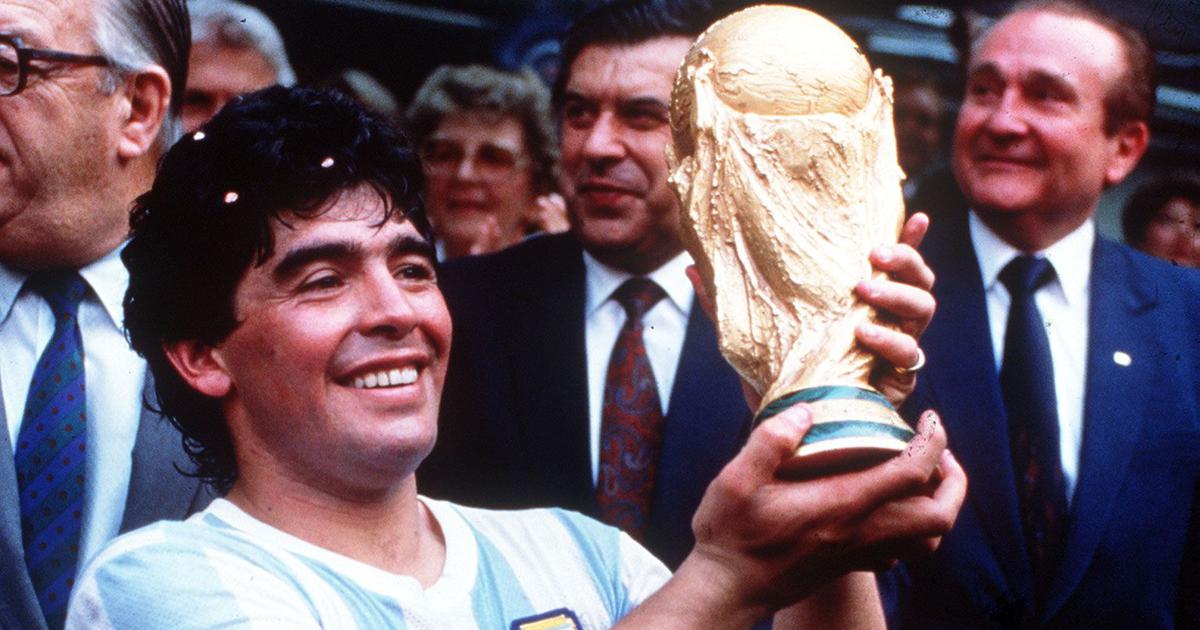 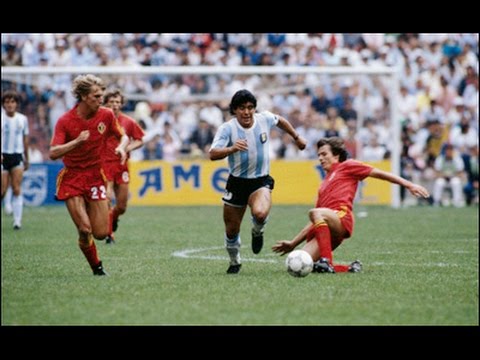 I think Lionel Messi is the greatest player of the 21st century. On pure talent alone, no one comes close. His innate dribbling skills, speed, tricks, and body feints against opponents are just mesmerizing.

Messi and Barcelona have been inseparable for close to two decades, ever since he joined the club.

Despite the World Cup curse for his national side, I think he will always be the most loved footballer in the world and will be counted as the GOAT. 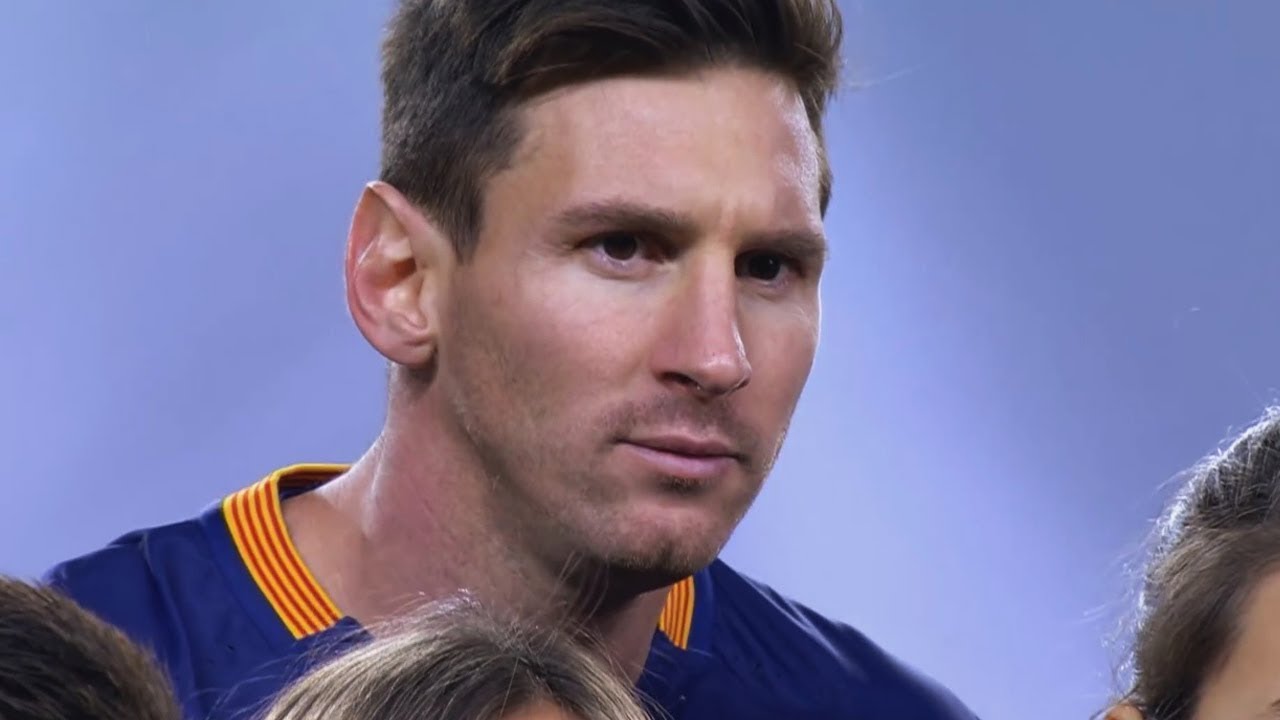 Neymar is unarguably among the best players in the world today - Football’s most expensive player with a €222million deal transfer to PSG!

Neymar is the 3rd highest goalscorer for his national team, trailing only Pelé and Ronaldo. He captained Brazil to their first Olympic gold medal in men’s football at the 2016 Summer Olympics.

He was top of his game at Barca but his time at PSG has tainted his previously glowing reputation, as he has failed to raise his game to the next level.

There is absolutely no denying the fact that [​Lionel Messi is the greatest player of the 21st century. On pure talent alone, no one comes close. Sergio Agüero - is an Argentine professional footballer who plays as a striker for English Premier League club Manchester City and the Argentine national team.

In 2006, he moved to Europe to play for Spain’s La Liga side Atlético Madrid, for a transfer fee of €23 million. There he made a name for himself, attracting attention from Europe’s top clubs by scoring 101 goals in 234 appearances while winning the UEFA Europa League and UEFA Super Cup.

In 2011, Aguero moved to Premier League club Manchester City, for a transfer fee of €35 million. He is one of the greatest player of Manchester city. He just became clubs record goal scorer with 180 goals. He is a great assist maker, penalty taker and short free kick taker too. Kaka is one of the best players of his generation, playing as an attacking midfielder. Kaka was the star of the AC Milan side that won the Champions League in 2007. With AC Milan, he also won the 2007 Super Cup and the 2007 Club World Cup.

He won World Player of the Year in 2007 with Messi 2nd and Ronaldo coming in 3rd. He was also awarded with the Ballon d’Or in 2007. Kaka lifted the World Cup with Brazil in 2002. He played 3 World Cups, 92 matches for Brazil and last played for them in May 2016.

At his peak, Kaka was a superb athlete combining technical ability and robotic-like precision, running the show for Milan during the mid-2000s. Kaka later moved to Real Madrid at £55million in June 2009, becoming the world’s most expensive footballer then. However, his stint at Real Madrid proved to be a flop, ridden by injuries. 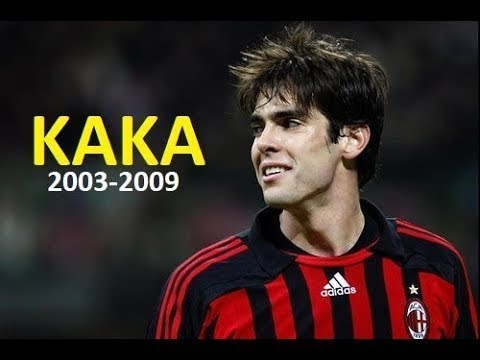 Kaka was a great player. He was very instrumental for Brasil in 2002 WC win.

During a recent friendly match, Israel Legends VS Brazil Legends, a female referee stopped the game for no apparent reason. She hands Kaka a yellow card and then takes a selfie with him!

’Magical’ - That is the right word to describe the Brazilian retired professional footballer. Roberto Carlos joined Real Madrid in the year 1996 close season. During his 11 seasons with Madrid, he appeared in 584 matches in all competitions, scoring 71 goals. He is Real Madrid’s most capped foreign-born player in La Liga with 370 appearances. 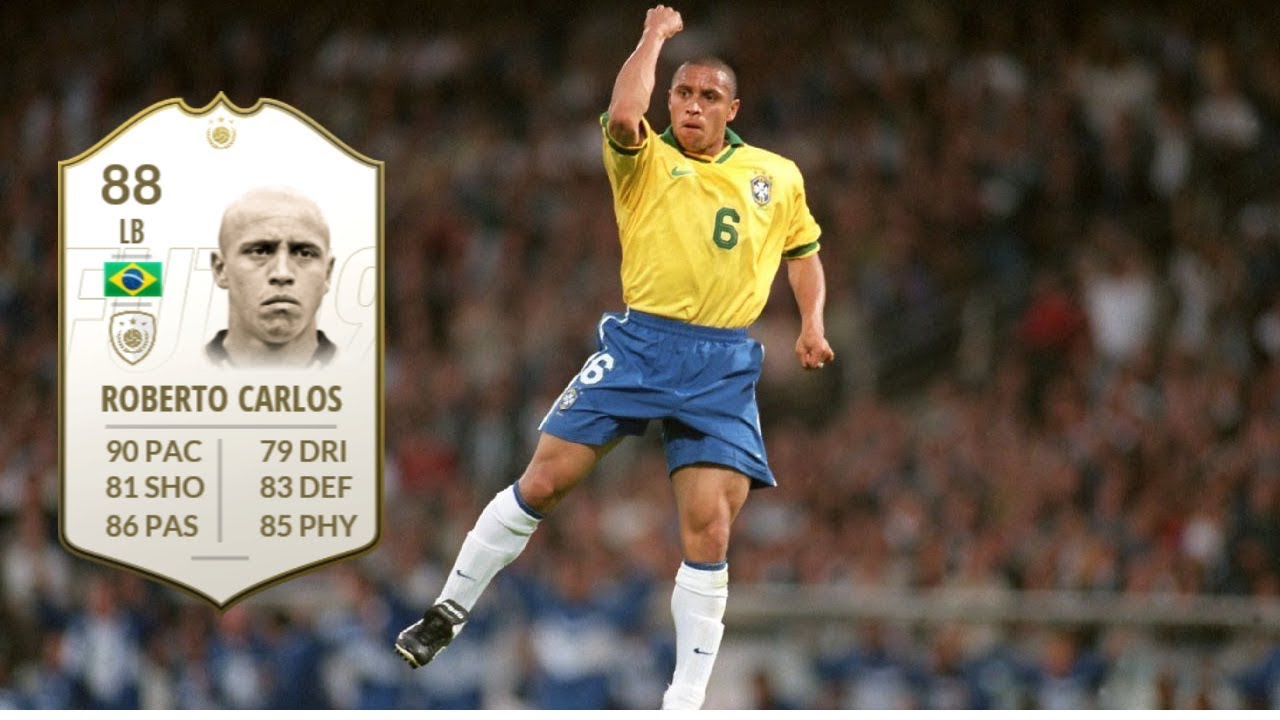 He started his career in Brazil as a forward but spent most of his career as a left back. He has been described as the "most offensive-minded left-back in the history of the game.

He was not only a left back but a talented free-kick taker too. Despite being of short stature, he totally ruled the pitch when he played. He had power, technique, skills and magic.

Banana Free Kick : This freekick is a GOD freekick. 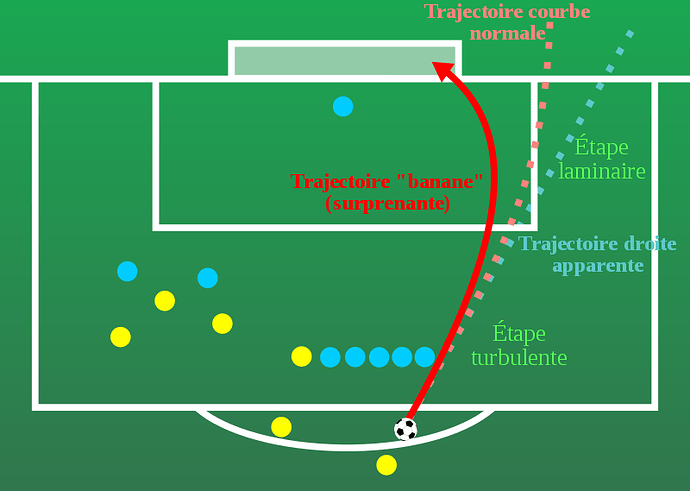 Few innovators have wowed the football world like Roberto Carlos. He turned the ball directly, from going straight, and hit to the net. 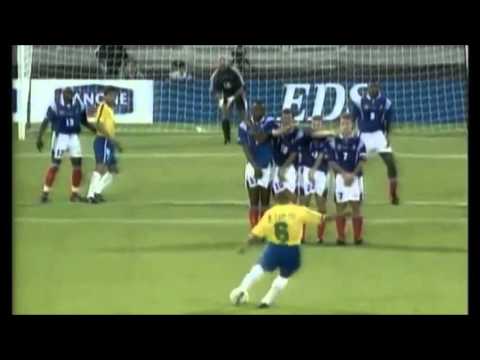 He played in three World Cups. He helped Brazil reach the World Cup final in 1998. He guided Brazil to a World Cup in 2002 and win the tournament in Japan / Korea.

He won the La Liga 4 times and the UEFA Champions League thrice with Real Madrid. He has also won the Copa America, Confederations Cup, UEFA Super Cup and many other accolades. 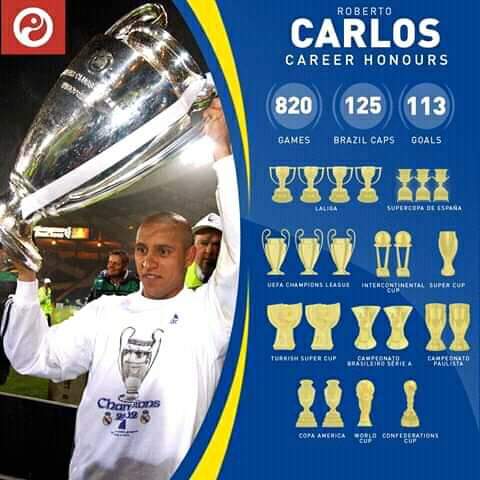 Ronaldo - former Barcelona, Inter and Real Madrid man! He was the perfect embodiment of a complete striker. In his prime, he was known for his dribbling at speed, feints, and clinical finishing. The first Nike Mercurial boots–R9 were commissioned for Ronaldo in 1998. Ronaldo’s 8 goal tally in 7 matches at the 2002 FIFA World Cup proved that no one could rival him. 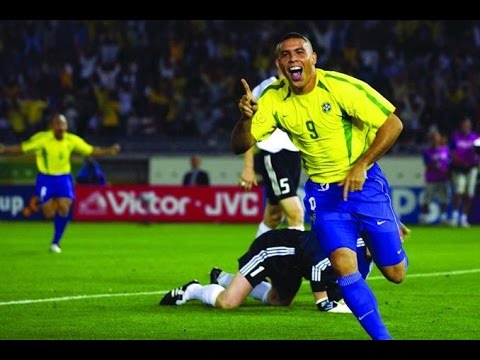 Rivaldo: Not Favoured, Not Forgotten Rivaldo is a Brazilian former professional footballer. He played mainly as an attacking midfielder but also as a second striker and left winger. Often considered one of the best players of his generation, Rivaldo is also regarded as one of the greatest of all time.

He was incredible. His left foot was sort of like a sniper rifle. He is primarily left-footed but was capable of playing on either thigh and could strike the ball with both feet.
His range and ability to score was mind blowing. He also had great touch and dribbling and wonderful speed especially in the open field, and could dribble past defenders with ease.
he often is underrated in my opinion. I would say he quite easily is amongst the top 10 strikers of all time. In 1997 FC Barcelona spent $25.7 million to obtain Rivaldo as a replacement for Ronaldo, who had transferred to another team. That year Rivaldo helped Barcelona win the Spanish League championship, a feat the team repeated in 1999. In 1997 and 1998 he was the league’s top scorer.

He won every major tournament and a footballer of the year award. 2 x Brazil’s footballer of the year

However, in my opinion, he will mostly be remembered for 2 events:

1. This hatrick and the beautiful 3rd goal - 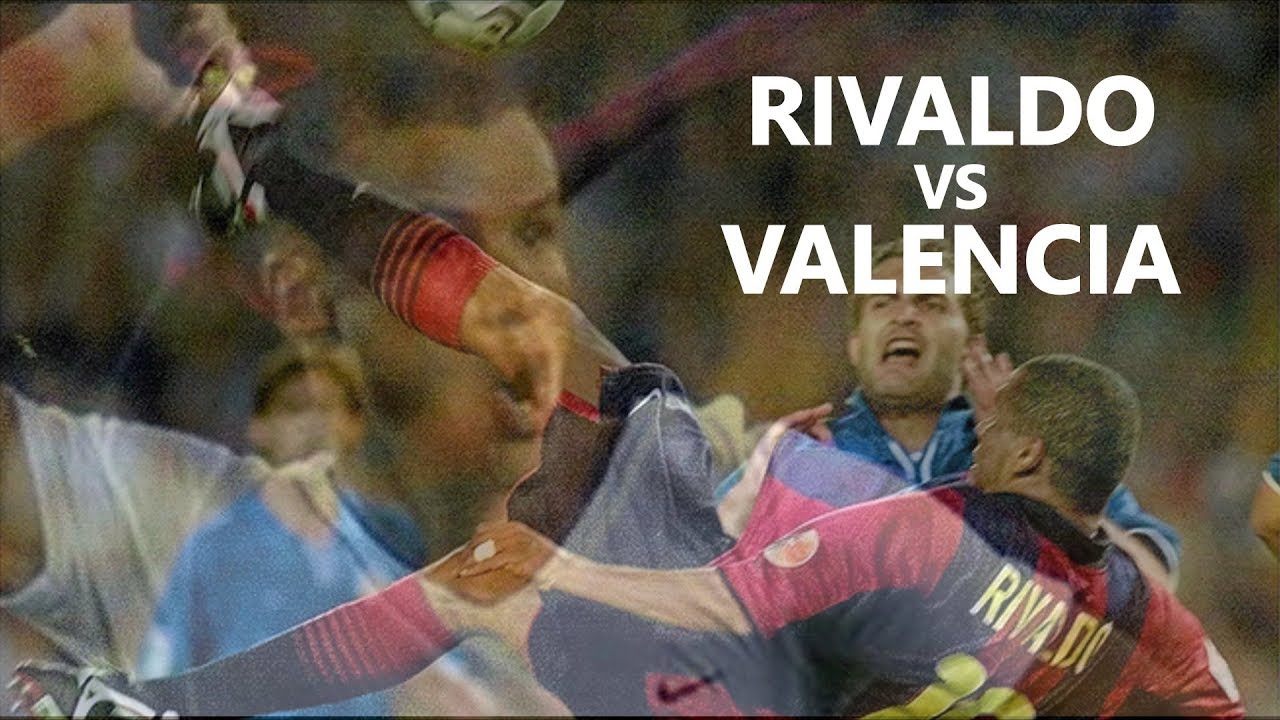 2. These theatrics in World Cup 2002 against Turkey in the semi-final 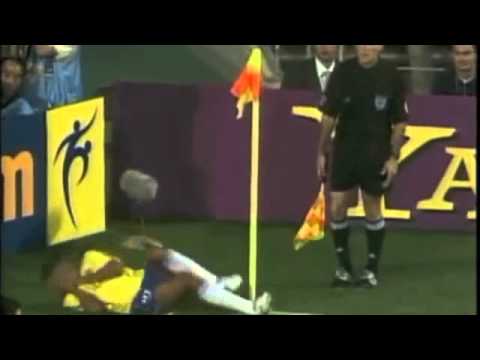 Di Stéfano is best known for his achievements with Real Madrid, where he was instrumental in the club’s domination of the European Cup and La Liga during the 1950s.
369 RM games
308 RM goals

Argentine born, Alfredo represented three different national teams during his career: Argentina, Colombia and Spain. However, he never played in the World Cup. 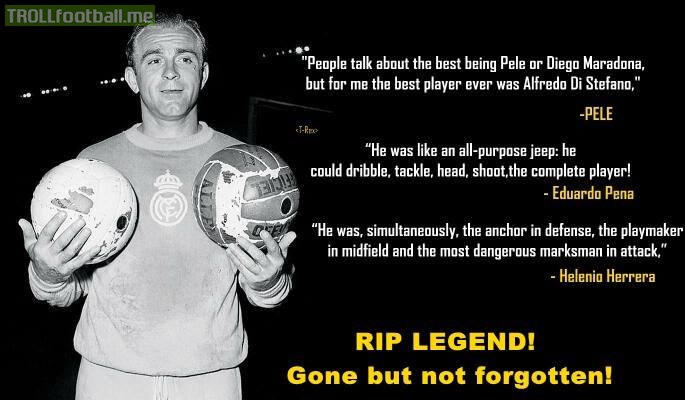 Suarez was one of Liverpool’s greatest ever player. He has become indispensable at Barcelona and is Uruguay’s record scorer. Valderrama played as a midfielder and was known for precise passing. He played for Colombian national football team from 1985 until 1998 during which he made 111 international appearances, scoring 11 goals, making him the most capped player in the country’s history. 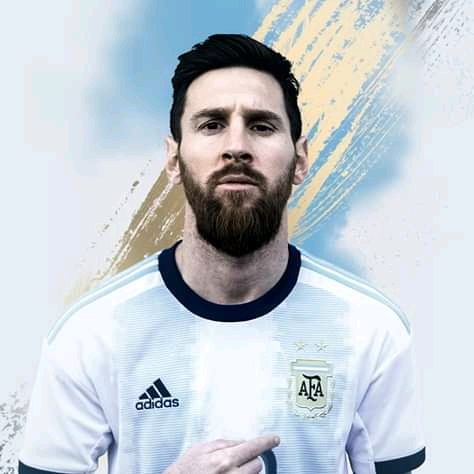