⚽ Pele - The King Of Football!

Edson Arantes do Nascimento (born 23 October 1940) also called Pele is a legendary sporting figure and an iconic soccer player who during his active years ruled the game to the point of being called the ‘King of Football’. Till date, he is widely regarded by football fans, critics, experts and players as the greatest player of all time.

Nicknamed ‘The King’, Pele, with his impeccable style, electrifying play and impressive performance scored a total of 1281 goals in 1363 games. Pele is the most successful domestic league goal-scorer in football history scoring 650 goals in 694 League matches. 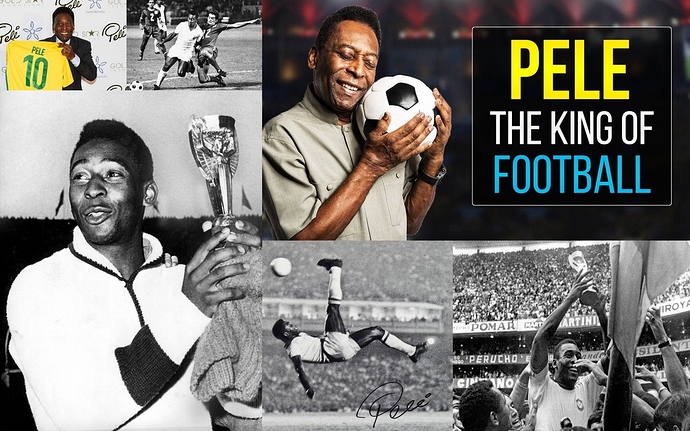 Gifted and most iconic footballer! This ball trick was just amazing.

Renowned Brazilian graffiti artist Eduardo ‘Kobra’ paid homage to Pele with a mural in the coastal city of Santos, the city where Pele started his professional career as a 15-year-old prodigy in 1955. 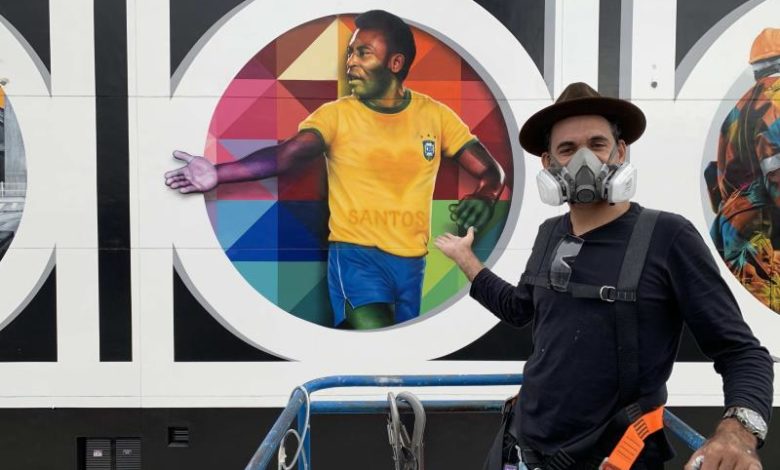 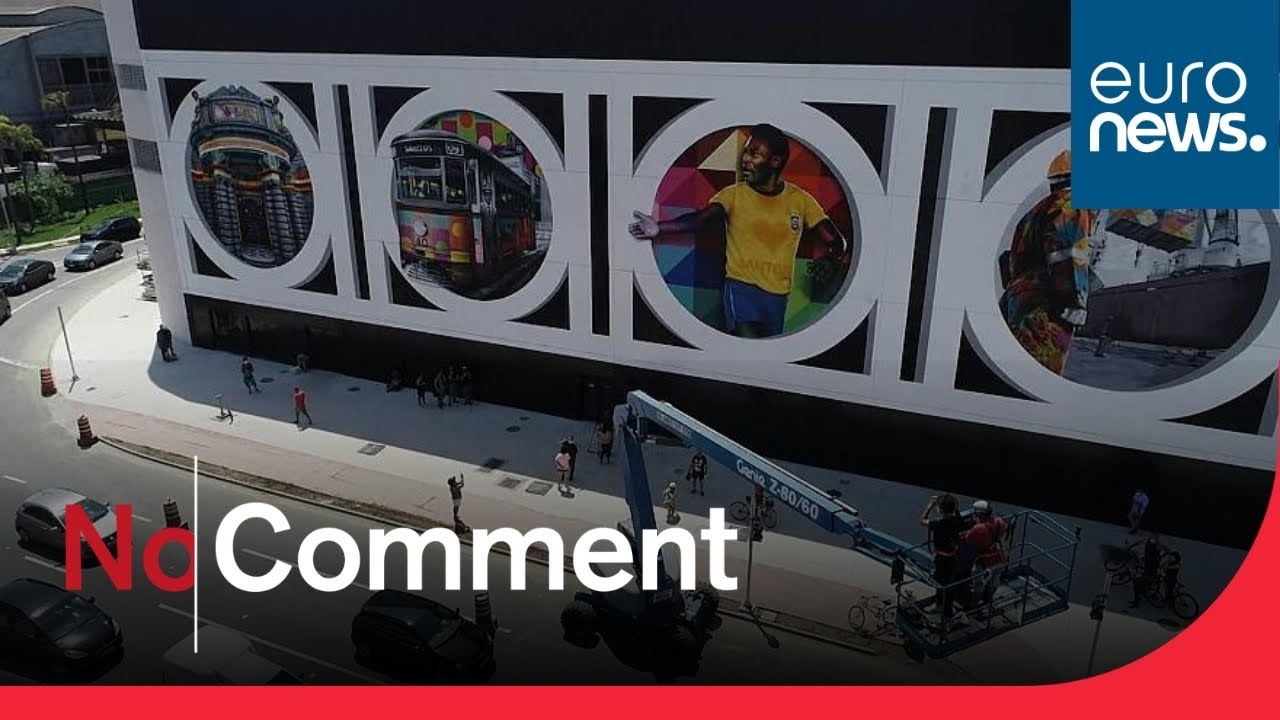 To thank his supporters, Pele recorded a song with Grammy-winning Mexican duo Rodrigo and Gabriela, billed as “a little birthday present for his fans and himself”.

“Acredita No Véio” was originally written by Pelé in 2005 while working with his regular musical partner, the Brazilian jazz musician and arranger Ruria Duprat . With the help of Rodrigo Sánchez and Gabriela Quintero, the song took on new life.

Along with the sunny, clap-along tune, sung in Portuguese by Pelé and a chorus of young backing vocalists, the song features both actual and illustrated clips of Pelé in action. 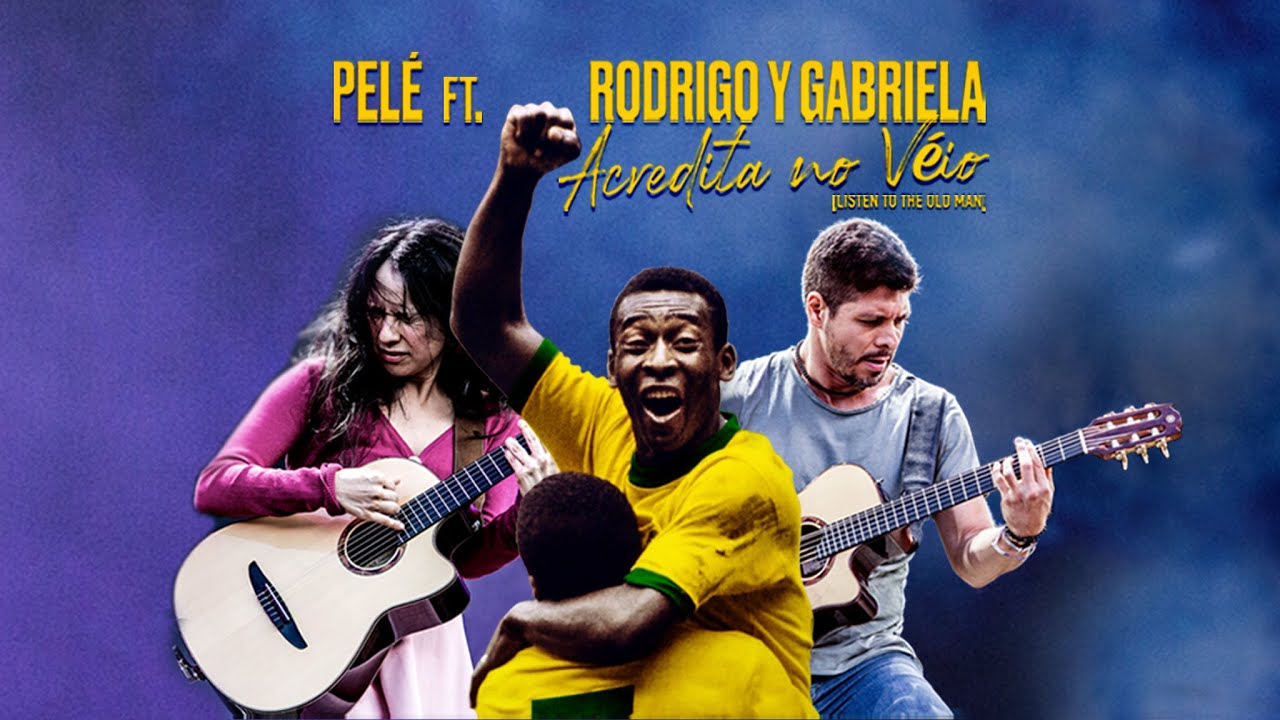 Pele will celebrate his birthday quietly, as he does almost every year, pandemic or not.

"The King" has suffered from a series of health problems in recent years, but has not lost his charisma or sense of humor.

"I’m fine, it’s just I won’t be able to play (football)," he said jokingly in a video call with the head of the Brazilian Football Confederation earlier this week.

In my opinion, Pele is the most loved, admired, and respected role model worldwide for his genuine humility and honesty. Salute to the Legend!

Most FIFA World Cup winners medal for an individual

Most career goals in football

Youngest player to score in a FIFA World Cup final 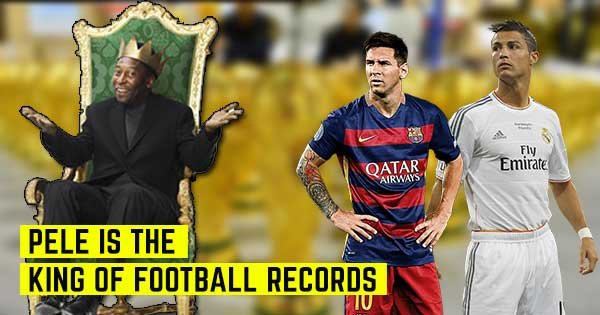 Journey of the Legend

In 1966, Brazil played Bulgaria in the opening game of the World Cup, and Bulgaria fouled Pele brutally and repeatedly. He had to sit out a game to recover, and he returned to action as Brazil faced Portugal needing to win to stay alive in the tournament. With Portugal leading 2-0, a player tripped Pele and then stepped on his knee. No foul was called though Pele was severely injured, and Brazil lost the World Cup. He vowed never to play in another World Cup.

In 1969, Pele bowed to pressure and agreed to play in the World Cup in Mexico City, Mexico, in 1970. Brazil won every game, beating Italy in the finals, and Pele became the first person ever to play on three World Cup champions. 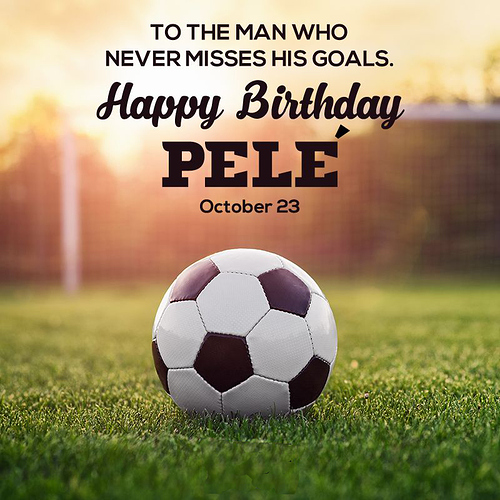 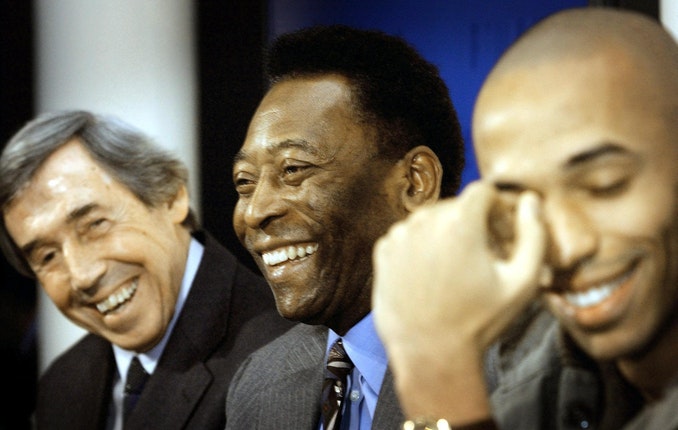 Presenting him with the Laureus Lifetime Achievement Award, Nelson Mandela, former South African president, said : “To watch him play was to watch the delight of a child combined with the extraordinary grace of a man in full.” 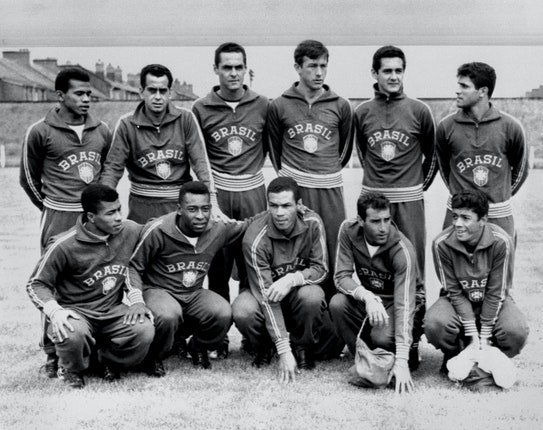 The Brazil team that faced Scotland at Hampden Park in Glasgow, pictured at Troon where they trained at the Troon Juniors ground. Pele remains Brazil’s youngest ever goalscorer, scoring his first goal for his country at the age of 16years and 9 months. 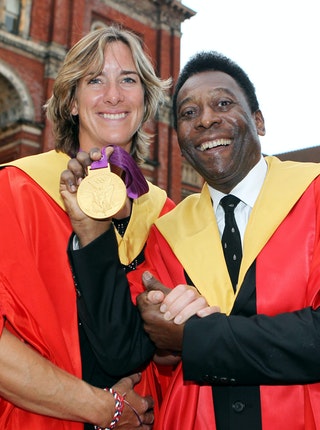 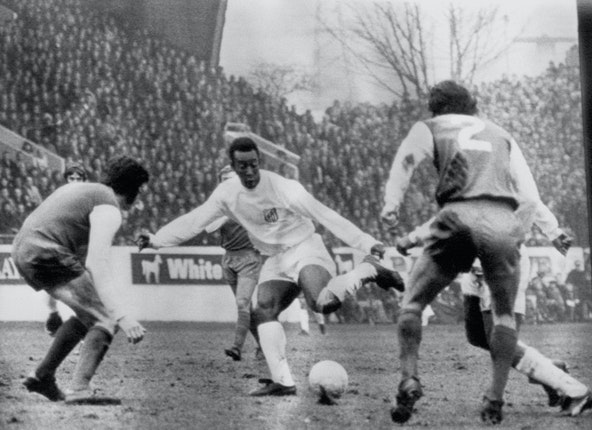 Fulham goalkeeper Peter Mellor dives at the feet of Pele to smother the ball. Pele had won his first major title in 1958 when the club triumphed in the Campeonato Paulista. He was the tournament’s leading goalscorer with 58 goals, a record that still stands. 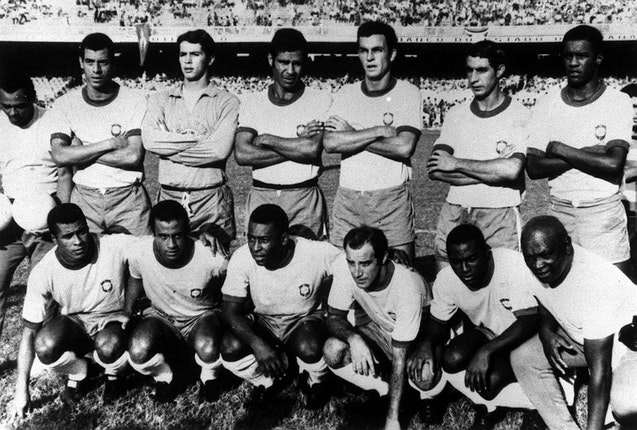 Selected for the Brazil team that flew to the 1958 World Cup in Sweden, Pele became the youngest ever player to contest a World Cup final as his team faced the host nation in Stockholm.