Should England be banned from hosting the World Cup?

4 games washed out. Almost no cricket in the past 1 week. So much criticism for rain, the fun getting spoilt. The most exciting world cup is turning into a boring world cup.
I remember the champions trophy which England hosted in 2014, another event which was almost spoilt by rain. So now the question arises, in a country where it rains almost for 365 days. Why would ICC schedule a tournament? Should England be banned from hosting icc tournaments till there is some solution or some covered stadiums? 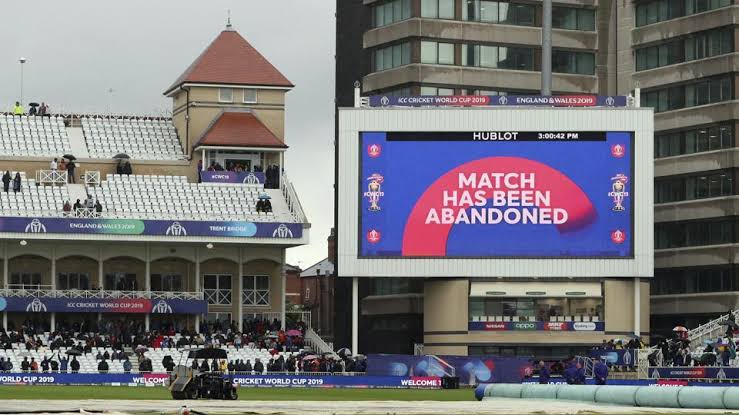 This had to come up!

Though Eng can’t be blamed for weather. But, they are definitely at fault with inadequate planning. No reserves days and all. As rightly said in such big tournaments, this can’t do.

Agree with @Yogesh. No reserve days planned is the biggest mistake for an event as big as this.

Back in 2000, Cricket Australia came up with an innovative and novel concept that could withstand harsh weather conditions by playing cricket indoors at the Melbourne Stadium, Docklands, also known as Colonial stadium at that time. The stadium hosted the 1st ever Indoor ODI match between South Africa and Australia in 2000.

Some of the features of the stadium included a retractable roof which is 38 meters above the playing surface, movable seating, two large internal replay screens, external super screen, over 700 2000-watt lights for arena illumination, 66 corporate boxes and varying capacity ranging between 12,000 and 74,000, depending on the event.

During one of the matches played indoors at the Melbourne stadium, Michael Hussey smacked a big hit into the roof. It was declared a DEAD BALL!

Apart from some of these one-off limitations, I think the retractable roof should definitely be provisioned in all stadiums in England, especially with the unpredictable nature of the weather there. The cost should not be an issue for countries like England where these stadiums can host various other events.

An event like World Cup needs better planning than just leaving it at the mercy of Mother Nature.

Rain is just not proving out to be a spoilsport for the fans but also to broadcasters and big advertisers. Although the ICC is protected by rain insurance cover, which means it will be compensated for the refunds it is required to pay to ticket holders. A stats shared tells me that if alone India Vs Pakistan match is washed out this Sunday it’ll be a Rs 137.5 crore blow, impacting broadcaster Star Sports and big advertisers such as Coca-Cola, Uber, OnePlus and MRF Tyres. Star Sports has about 5,500 seconds of total inventory (the time slot they can sell to advertisers).

The rates for these slots are usually in the range of Rs 1.6-1.8 lakh per second, but for India vs Pakistan the cost has spiralled to Rs 2.5 lakh per second. But, that hasn’t discouraged the advertisers. In fact, there’s a rush. ICC is protected by rain insurance cover, which means it will be compensated for the refunds it is required to pay to ticket holders as applicable. There’s a 100 per cent refund to ticket purchasers if less than 15 overs have been bowled in a match, and a 50 per cent refund if play has taken place between 15.1 over and 29.5 overs.

Hmm. Interesting solutions. Especially the roof one is one of the best solution which has come up. I hope some actions are taken so that such things don’t happen. If the tournament gets spoiled due to rain then it is a shame for ICC