⚽ Premier League Matchday 11- Preview, results and top clashes to watch out for

We’re Heading into Week 11 of the 2020/21 Premier League Season. Tottenham Hotspur sits at the top of the table, tied on points with Liverpool but ahead on goal differential.

In this thread we will be covering fixtures of Matchday 11 from December 5th to 7th, a total of 9 matches.

Newcastle United’s trip to Aston Villa on Friday has been postponed after the north-east club reported a “significant” rise in positive Covid-19 test results. A number believed to run into double figures – and the Premier League board agreed to defer the game. 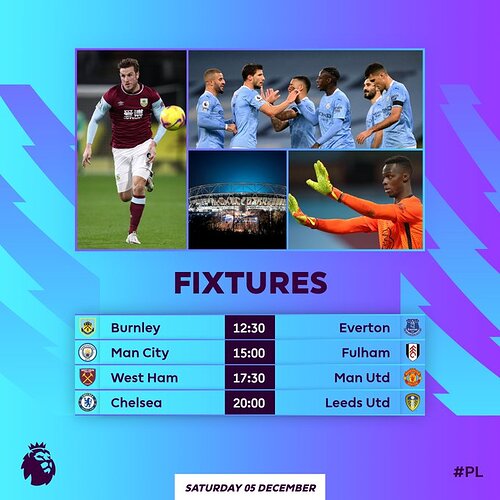 Things to know ahead of Chelsea v Leeds.

This weekend sees Frank Lampard’s Chelsea face Marco Bielsa’s Leeds united in an eagerly anticipated match that it’s popularly believed to be highly heated and intense. Lampard is going to face another stern test this season in a Leeds side who has been good to watch this season.

Feel free to drop your thoughts on this match too 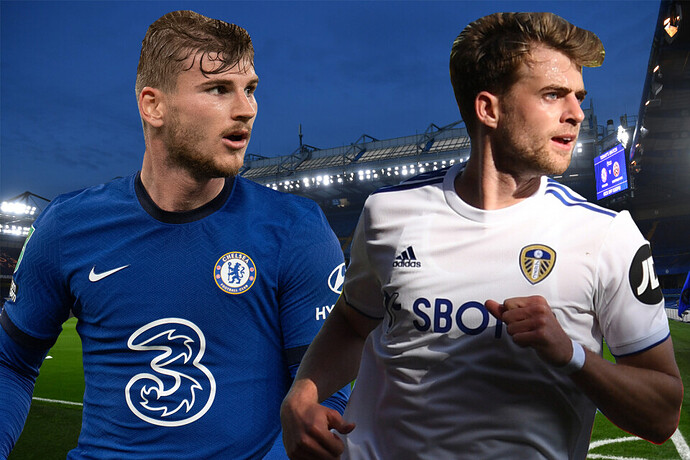 Leeds United full-back Luke Ayling has made more tackles than any other defender in the Premier league this season (30). 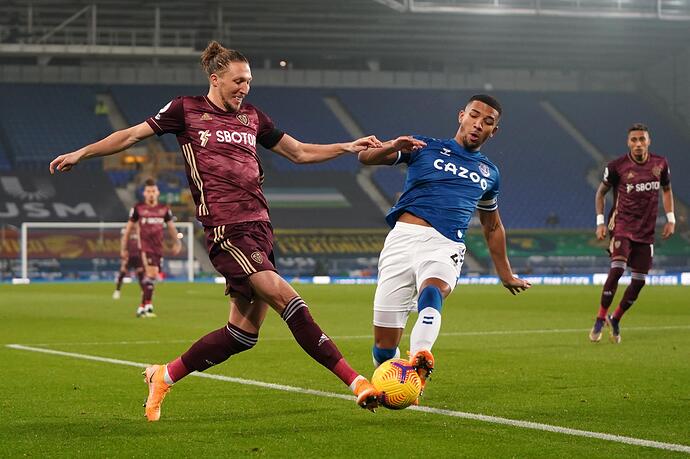 Most Interceptions In The Premier League This Season 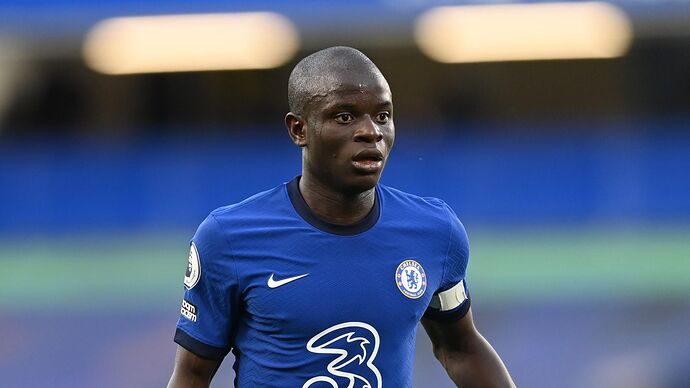 Premier League fans will return for the first time since March when Westham host Manchester United at the London stadium on Saturday afternoon.

Up to 2,000 supporters will be permitted to attend a fascinating contest between two sides separated by four places but just one point in the Premier League table.

It all adds another intriguing layer to an already interesting battle between two sides whose form over the last five league games has been identical - a draw, a defeat and then three wins on the bounce.

For Manchester United, the latest of those victories was a rousing come-from-behind triumph over Southampton as they recovered from 2-0 down at half time to win 3-2 at St Mary’s.

It has undoubtedly been an inauspicious start to the season for Ole Gunnar Solksjaer’s men, but after a quarter of the season they are still only five points off the top of the table with a game in hand, and victory this weekend would lift them up into the top four temporarily at least. 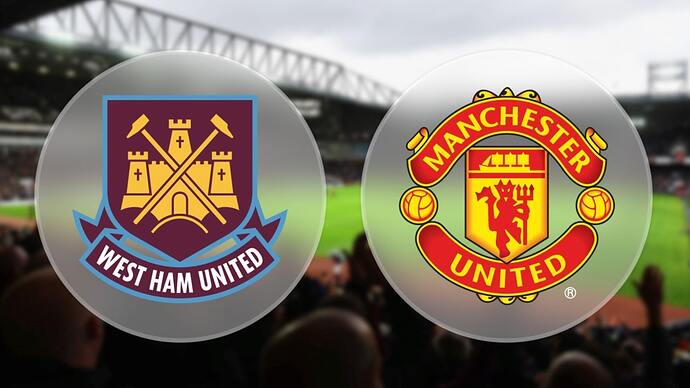 Pep Guardiola’s team remain mid-table but have a game in hand. They have won their Champions League group with a match to spare and expect them now to start rising towards the top of the Premier League.

Fulham currently at 17th place on the PL table will no doubt go into the match knowing that any points they can get at the Etihad would be regarded as an unexpected bonus. Monday night’s 2-1 triumph away to Leicester City will have raised belief that they can come away with something. 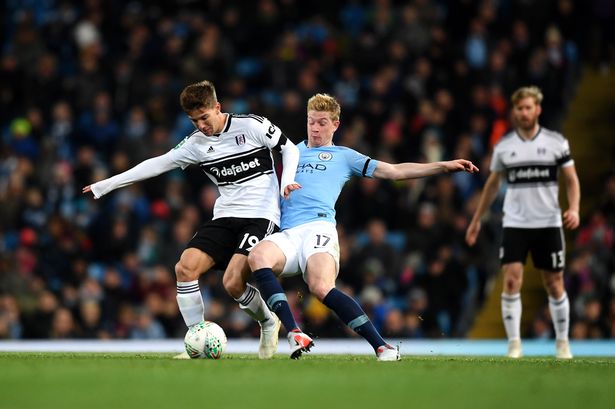 Since Bruno Fernandes’ Premier league debut for ManUtd, they’ve earned more league points per game than any other side (2.09)

What an impact he’s made 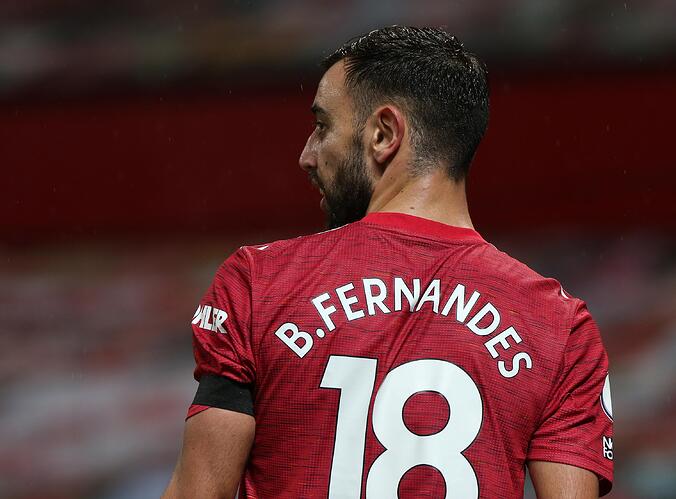 Fans return this weekend as part of a plan to get stadiums back to one-third capacity by the end of the season.

Fans must wear masks, not sing too much and no hugging!

The regulations, which also include a mandatory temperature check on arrival, go beyond the government’s guidance. Supporters will also be told not to excessively sing or shout and to moderate their behavior so they do not high-five or hug.

Under the three-tier system in place across England, outdoor sports venues can have up to 4,000 in tier 1, 2,000 fans in tier 2 areas and but no fans in tier 3. 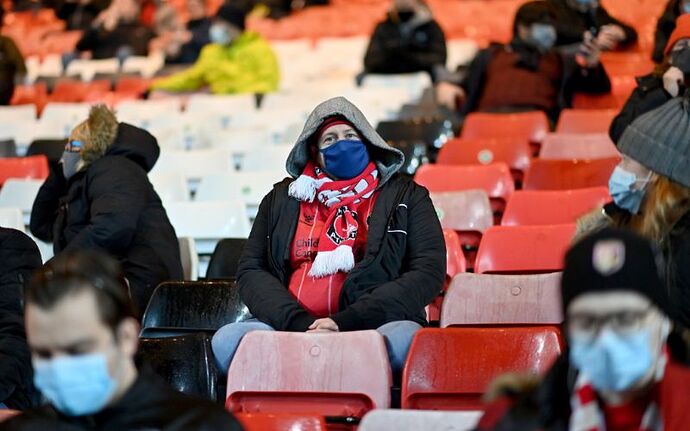 Jordan Pickford has conceded more goals from outside the box (5) than any other goalkeeper this season in the Premier League.

Beaten from long range yet again. 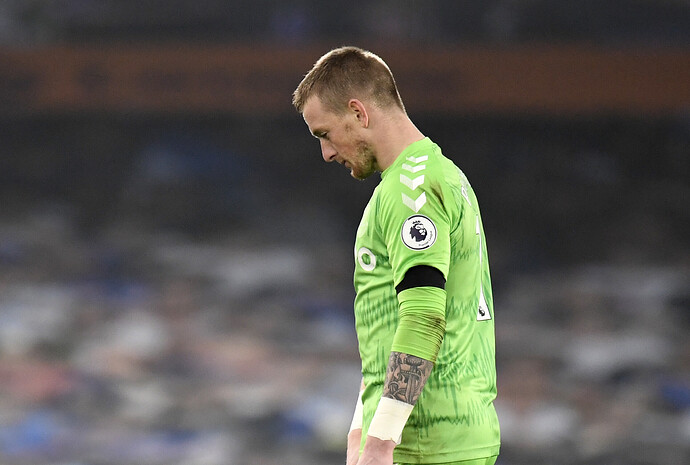 Everton have failed to keep a clean sheet in each of their last 10 Premier League games this season.

Their only clean sheet of the season was against Tottenham on opening day. 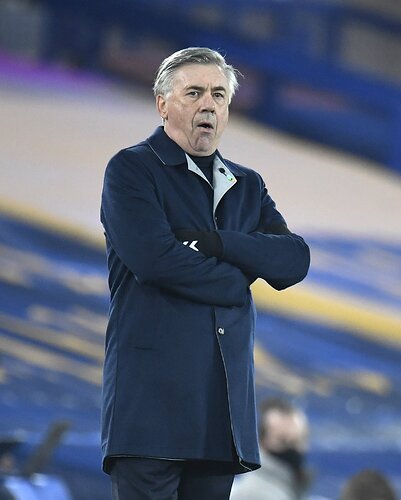 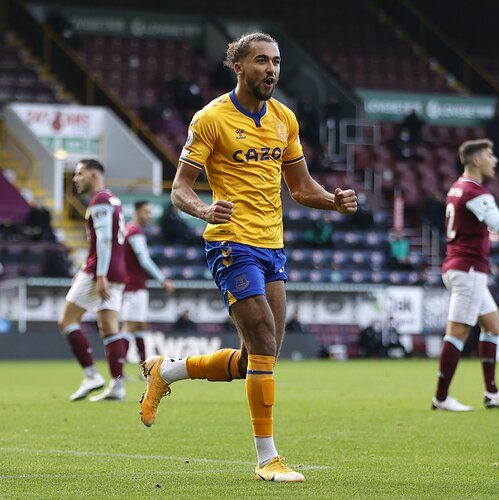 The points are shared at Turf moor. 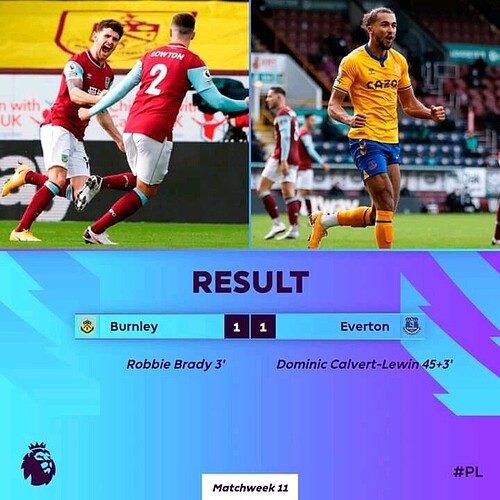 Everton have only won one out of their last six games in the Premier League this season having won their opening four games to start the campaign.

Troubling times for the Toffees. 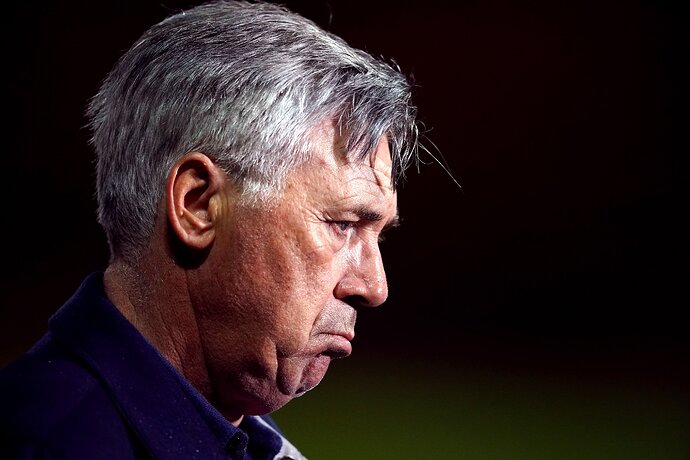 Raheem Sterling scored and won the 20th penalty of his career - he has now won more penalties than any other player in Premier League history (20).

Sterling set the tone by grabbing his first Premier League goal since mid-October (6) after being sent through by a wonderful De Bruyne pass.

The Belgian then got in on the act from the penalty spot (26) following a foul on Sterling from Joachim Andersen - it was the 20th time Sterling has won a spot-kick in the Premier League, no player in the league’s history has won more. The three points moves them up to fourth.

Fulham, who beat Leicester away on Monday, failed to build on that performance. 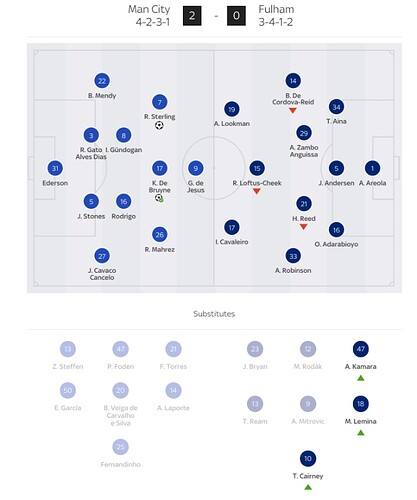 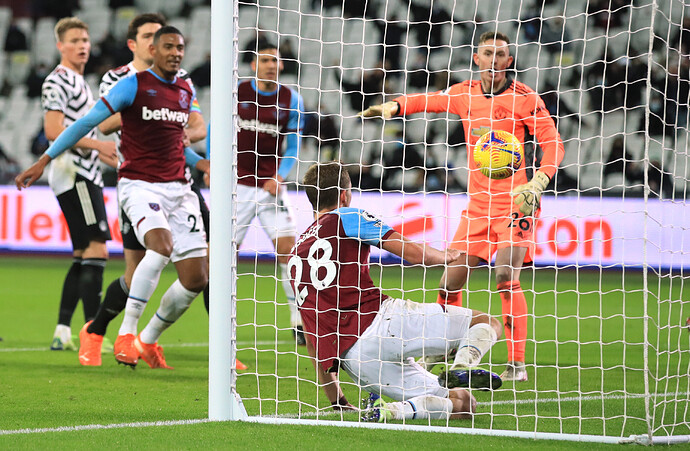 Man Utd have conceded the opening goal in each of their last five Premier League away games.

They’ve come from behind to win in each of the previous four. 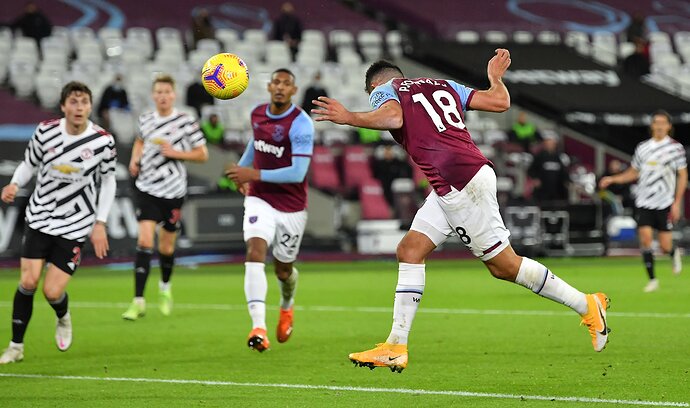 Man Utd have now come from behind to win each of their last five Premier League away games: 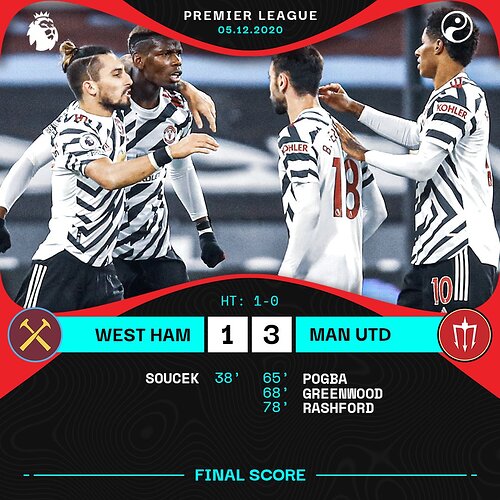 Frank Lampard’s side come from behind to beat Leeds in front of a small home crowd. 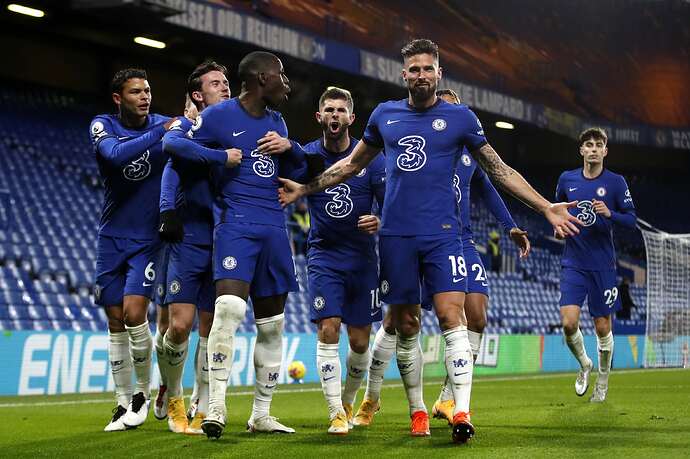 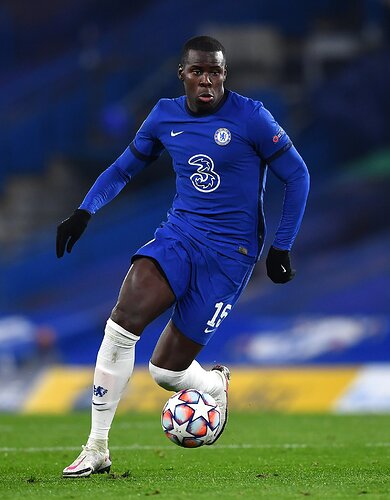