As we move past the halfway point of the 2020/2021 Premier League season, the title favourite Manchester City has moved into top spot on the table.

This weekend sees them face a resurgent Sheffield United side that has won two of its last three… and still finds itself as a massive outsider.

The unquestioned biggest match of the weekend however features the other Manchester club as second placed United travels to North London to face Arsenal. 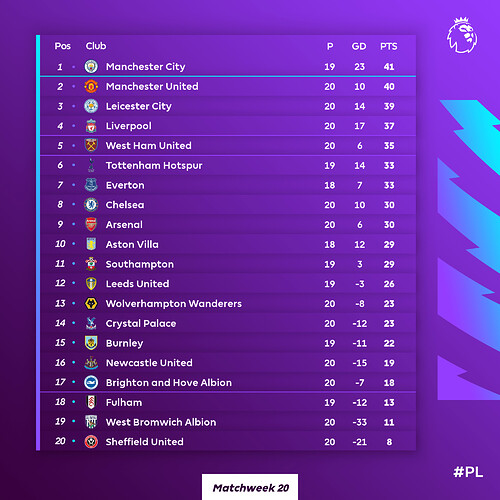 In this thread we will be covering fixtures of Matchday 21 from 30th to 31st of January. A total of 10 matches. 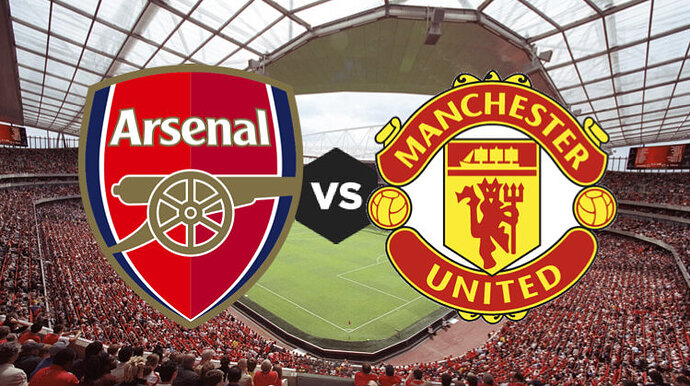 One of the defining rivalries of the Premier League era enters its latest chapter on Saturday afternoon when Arsenal to the Emirates Stadium.

Seven places and 10 points separate the two sides in the table, but it is ninth-placed Arsenal who go into the game off the back of a victory while second-placed Manchester United were left reeling by defeat to Sheffield United last time out.

The Gunners swiftly avenged their FA Cup exit at the hands of Southampton by [beating them in the Premier League, again at St Mary’s, just three days later. That result lifted Arsenal up to ninth in the standings and continued a resurgence which has catapulted them up towards the top of the form table, with only Manchester City having picked up more points over the last six games.

The scale of the turnaround has been stark; Arsenal have picked up 16 points from the last 18 on offer, more than doubling both their points tally and their goal tally in the process.

Manchester United have won more points and scored more goals away from home than any other Premier League side this season, so a trip to an Arsenal team with a distinctly average home record should not faze them.

However, their confidence will have no doubt taken a hit during their 2-1 defeat to bottom-of-the-table Sheffield United in midweek, as the Blades upset all the odds to deal a reality check to the title hopefuls.

The Red Devils’ uncanny habit of coming from behind to win - something they have achieved seven times already this season - abandoned them on Wednesday, denying them the chance to regain top spot from local rivals Manchester City.

The result also ended a 13-match unbeaten streak in the Premier League, which incidentally stretched back to the reverse of this fixture, which Arsenal won 1-0 at Old Trafford on November 1.

At home, Arsenal have kept three clean sheets in a row - as many as they had managed in their previous 19 games at the Emirates - and Saturday offers them the opportunity to extend that to four on the bounce for the first time since April 2019 - a run which, incidentally, included victory over Manchester United. 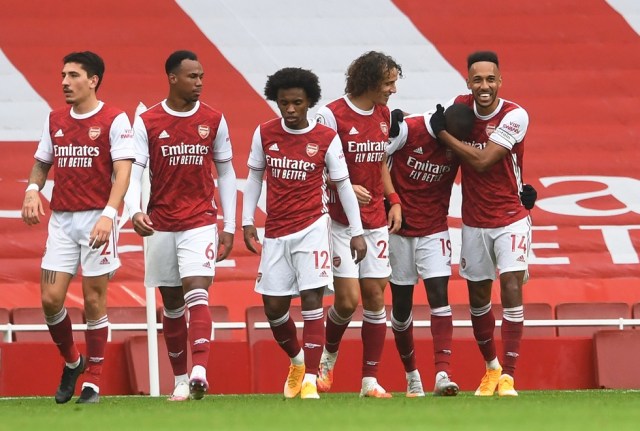 Arteta will be looking to become the first ever Arsenal boss to win each of his first three league games against Man United, while that is a feat only three managers of any club have ever achieved in the Premier League era. 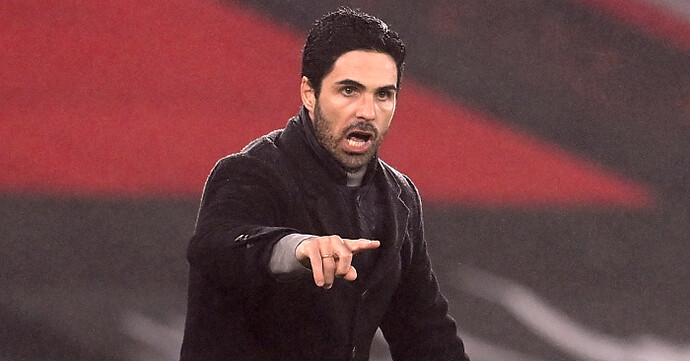 Arsenal’s Bukayo Saka has been involved in seven PL goals so far, more than any other teenager this season.

How will he fair against Manchester United tonight? 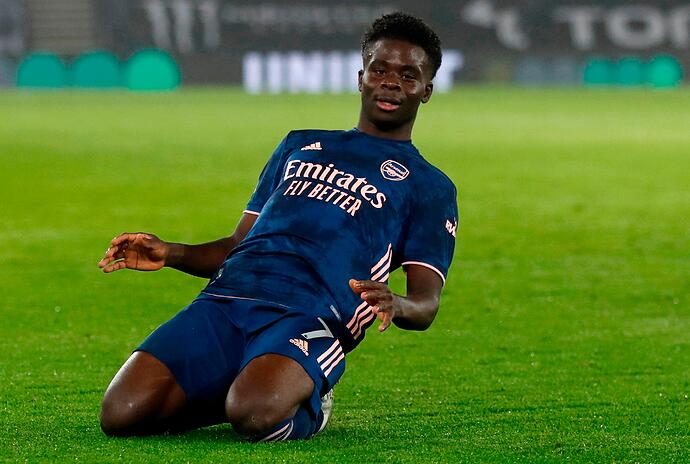 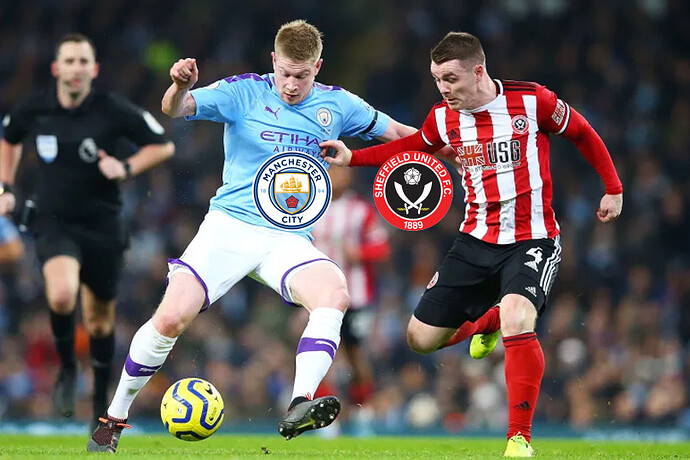 Top meets bottom in the Premier League on Saturday afternoon as Manchester City welcome Sheffield United to the Etihad Stadium.

Pep Guardiola’s men hit West Bromwich Albion for five to return to the top of the table, and they remained on their perch after the Blades marched to a shock 2-1 victory over Manchester United.

One could argue that it is already Manchester City’s title to lose, with Guardiola’s side embarking on a remarkable winning run to lead the way as the spring approaches.

The Citizens have now taken the spoils in their last 11 matches across all competitions - with seven of those coming in the Premier League - and they needed no second invitation to stamp their authority on a troubled West Brom side on Tuesday evening. Guardiola’s men now sit one point clear of bitter rivals Man United, who have played a game more, at the top of the rankings.

Sheffield United have already taken down one Manchester giant away from home this week, with Wednesday’s 2-1 win over Man United ensuring that Man City would head into this bout at the top of the pile.

The Blades’ goals came from unlikely sources in Kean Bryan and Oliver Burke, who netted either side of a Harry Maguire header, and incredibly, Sheffield United have now won four out of their last five games in all competitions.

PL goals so far this term 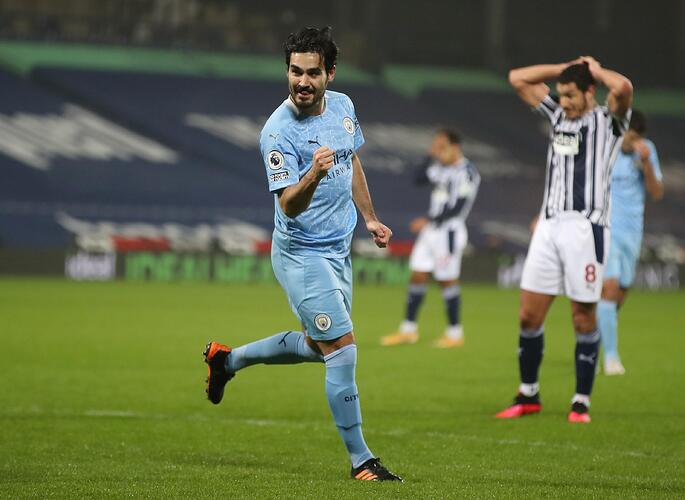 Manchester City are unbeaten in their last 11 home games against Sheffield United in all competitions (W6 D5), since a 3-2 league defeat at Maine Road in October 1987, with Chris Wilder playing the full 90 minutes for the Blades. 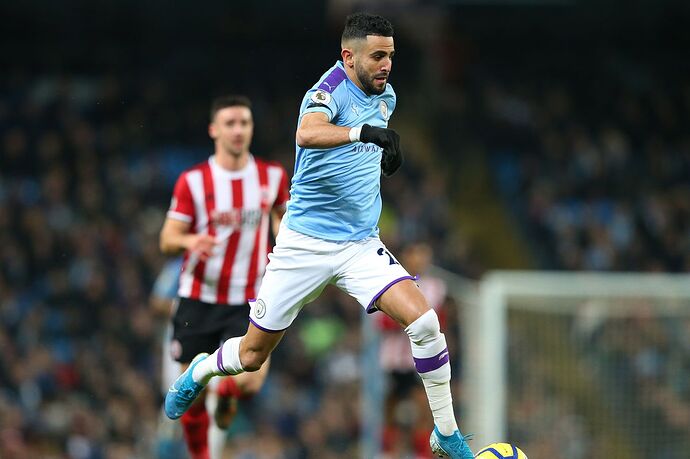 Man City are unbeaten in their last 32 home Premier League matches against sides starting the day in the relegation zone (W28 D4), since losing 2-1 against Spurs in November 2008, who started the day bottom of the table 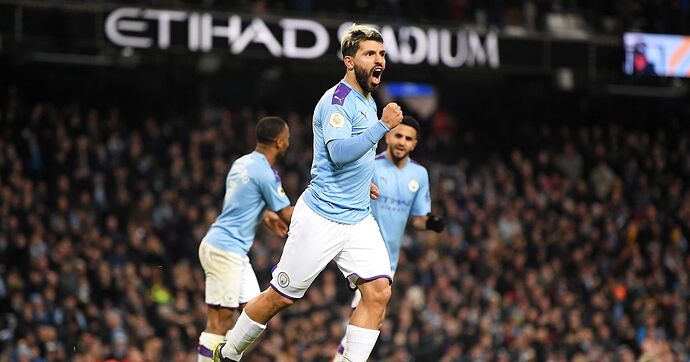 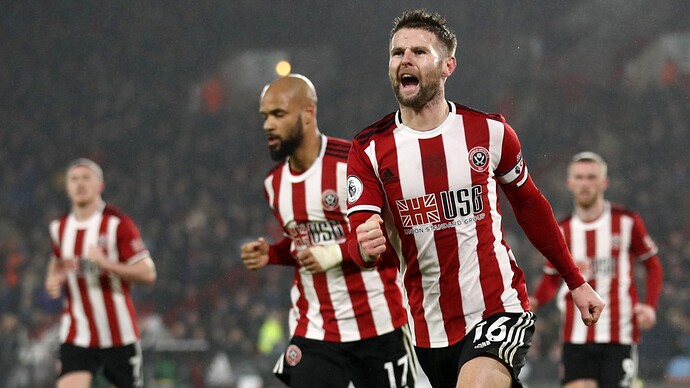 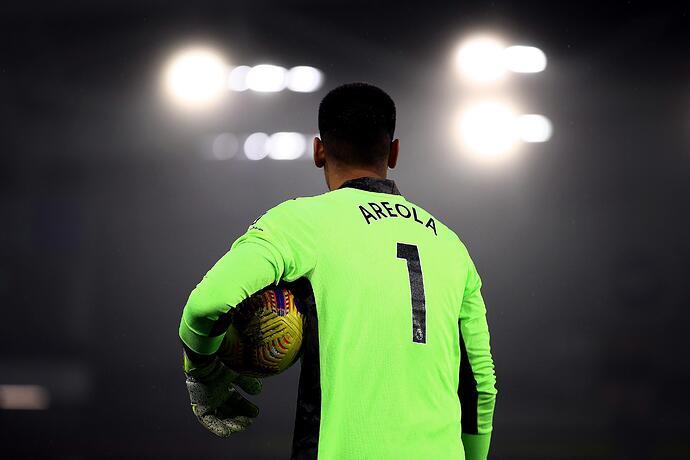 James Ward-Prowse is enjoying his most productive PL season in terms of goal involvements in 2020/21, with four goals and five assists

Certainly one of the key men for Southampton today 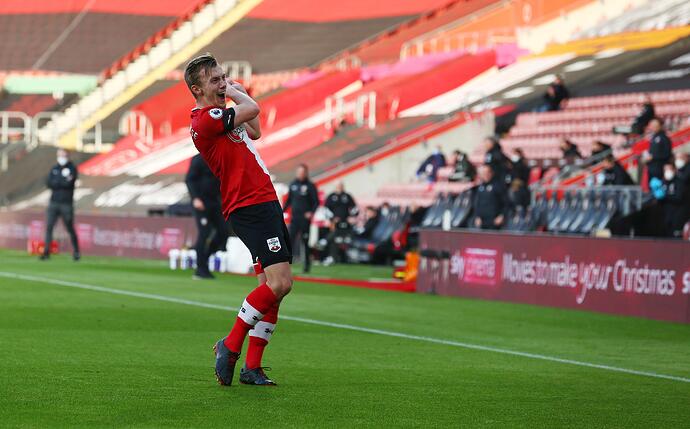 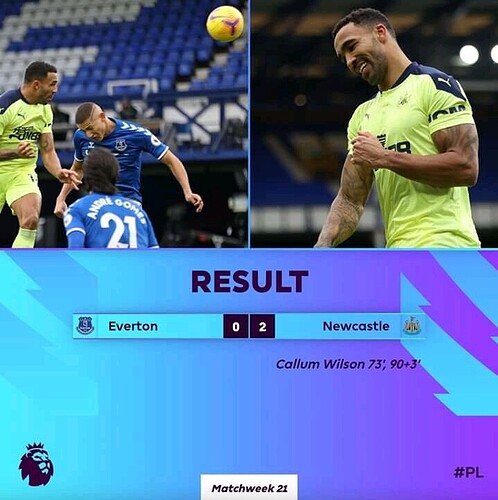 Newcastle have won at Goodison Park for the first time since September 2010. 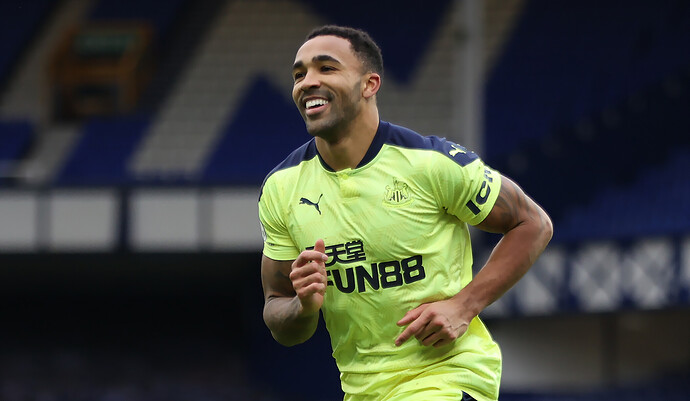 Callum Wilson has now scored 50 Premier League goals in 145 appearances in the competition. 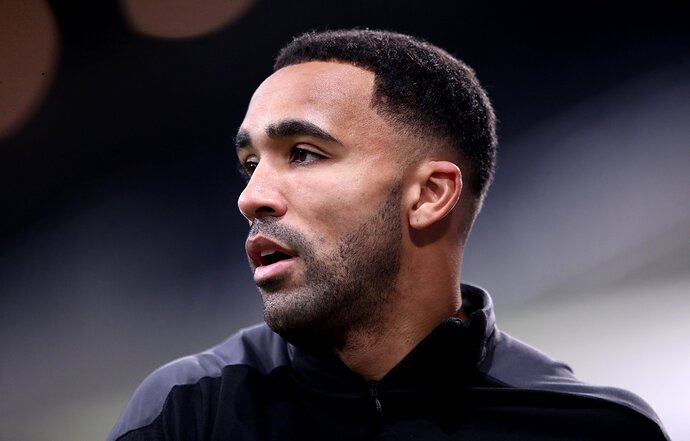 Only five English players have scored 10+ goals in this season’s Premier League:

Into double figures for just the second PL season. 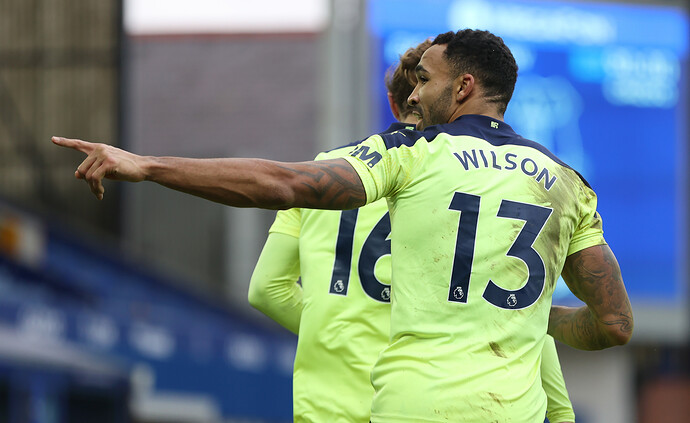 Ferran Torres and Gabriel Jesus are the youngest two Man City players to combine for a Premier League goal this season.

Off the mark early against Sheff Utd. 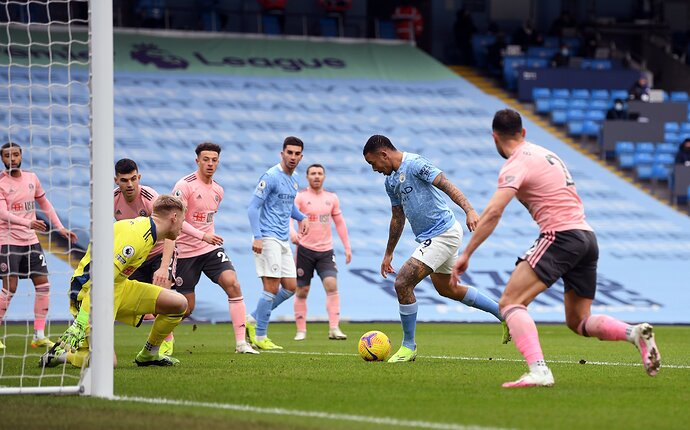 Will he extend that run against Sheff Utd? 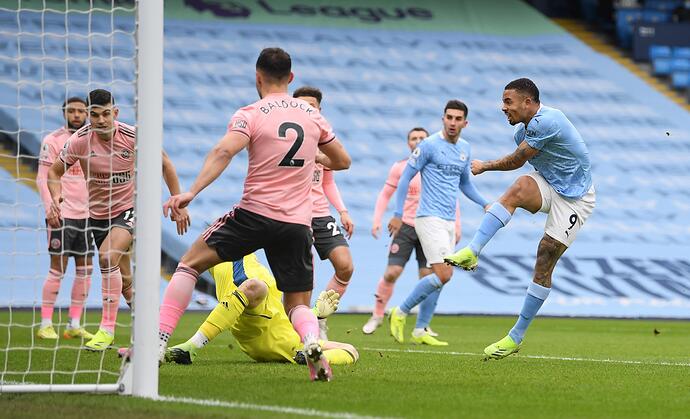 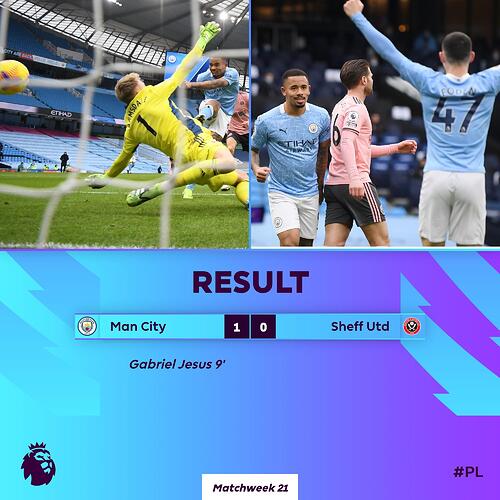 Palace leapfrog Wolves to go 13th in the PL 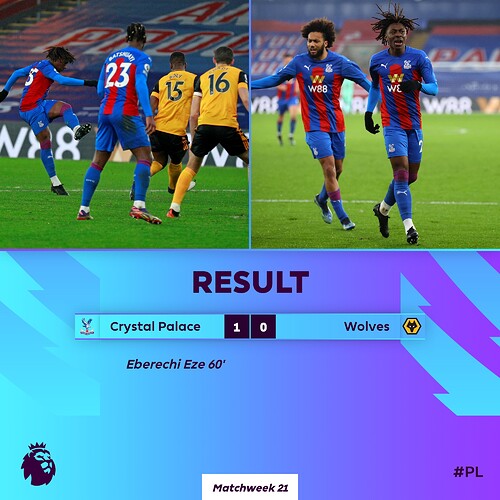