Bengalaru FC failed to make the ISL playoffs for the very first time, with defeat to FC Goa at the Fatorda sending them out of mathematical contention for the top-four.

Chennaiyin FC’s campaign in the seventh edition of the ISL came to a sedate end, after a 1-1draw against Kerala Blasters.

There are still three more mouthwatering fixtures this matchweek. 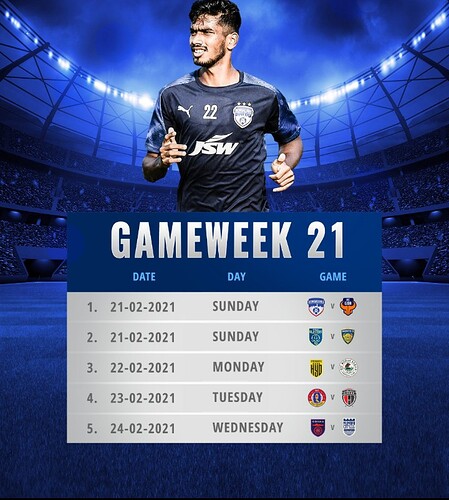 Join in the discussion and share your views on the best and worst matches and anything in between.

Here’s your Team of the Week from Round 20 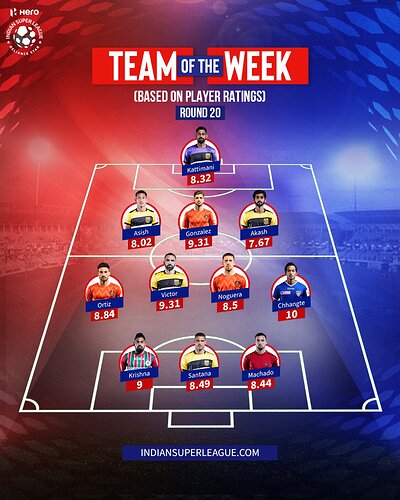 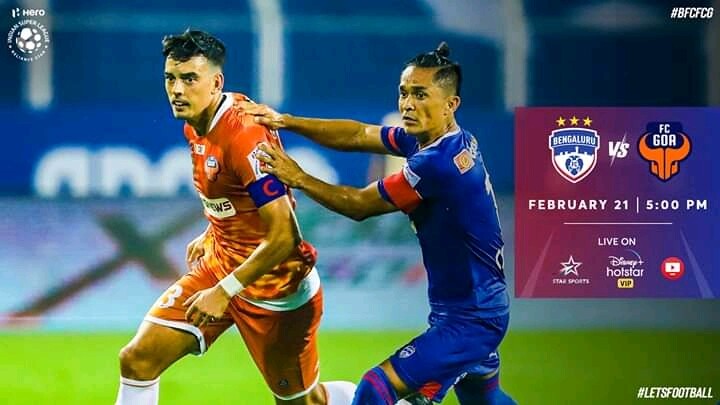 Bengalaru FC will hope to keep their winning momentum going when they take on FC Goa on Sunday in the Indian Super League (ISL). The 2019 champions picked up an upset win over Mumbai City FC in their previous match.

Anything less than a win will knock Bengaluru FC out of the race for a playoffs spot. They also need to win their subsequent match against Jamshedpur FC and hope other results favor them to book a ticket to the semi-finals.

Bengaluru FC will be dependent on the likes of Cleiton Silva and Sunil Chhetri to score goals. The duo have scored 14 of the team’s 23 goals this season.

FC Goa have the same number of points (27) as playoff aspirants Hyderabad FC and NorthEast United FC. However, only two of the teams can make it through. The Gaurs will be targeting a win on Sunday to widen their gap. FC Goa have scored the most number of goals (29) this season. However, they will have to improve their defending in set-pieces and transitions if they want the three points.

Bengaluru FC have the advantage over FC Goa when it comes to head-to-head battles. They have five victories over their opponents while the Gaurs only have two wins. Two matches between Bengaluru FC and FC Goa have ended in a draw. 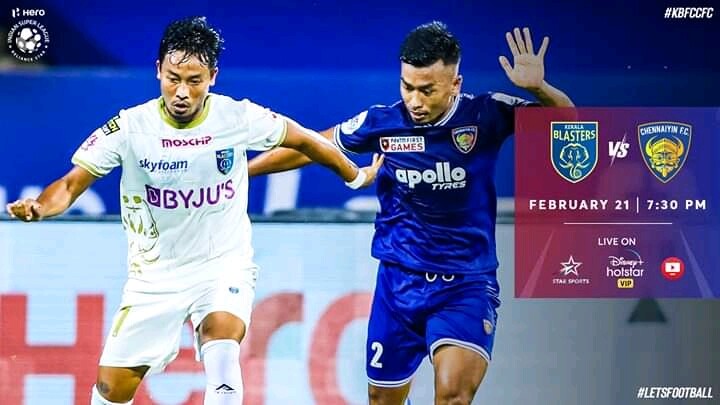 Having been knocked out of the competition, Kerala Blasters and Chennaiyin FC will lock horns in the 2020-21 Indian Super League (ISL) season on Sunday. The match will be played at the GMC Stadium in Bambolim, Goa.

Kerala Blasters are one of just three teams in the competition to have a point-to-match ratio of less than one. Picking up 3 victories in 18 matches, they only have 16 points in the bag.

The Blasters have scored 22 goals this season, however, they have also conceded 33 times, the joint-most by any team, alongside Odisha FC.

On the other hand, Chennaiyin FC have scored just 16 times in 19 matches, and are tied with Jamshedpur FC and SC East Bengal for netting the least number of goals in the competition. They have also played out the most number of draws in the league (10).

Kerala Blasters have just three wins to their name against Chennaiyin FC, while the Marina Machans have won six times in the past against them. Six encounters between the two sides have ended in a draw.

Goal from Angulo and Tlang secure an important victory for Gaurs. Bengaluru FC’s playoffs hopes are over! 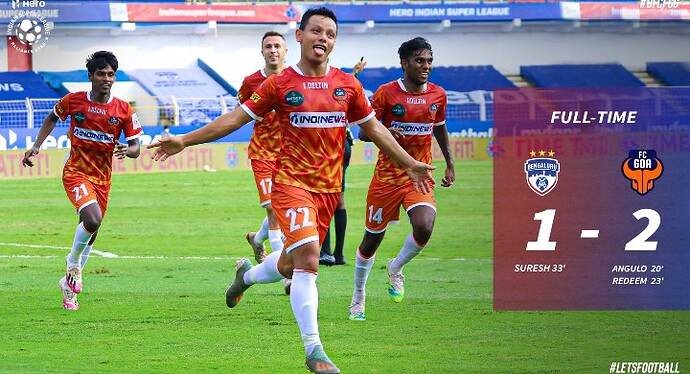 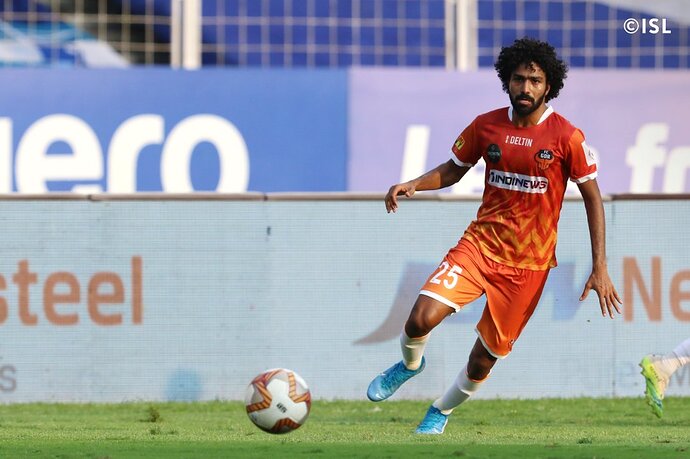 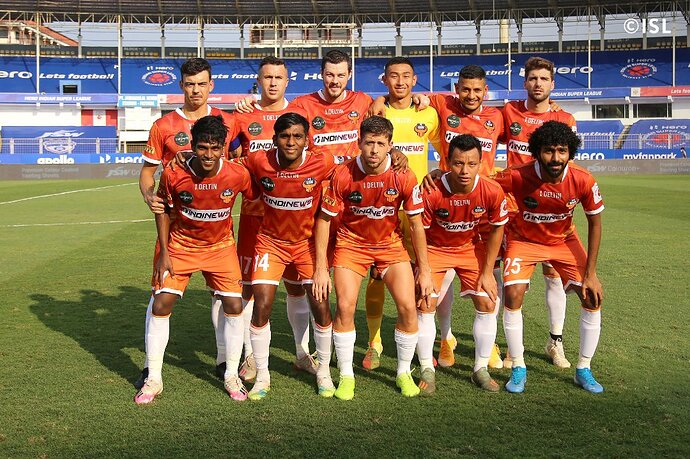 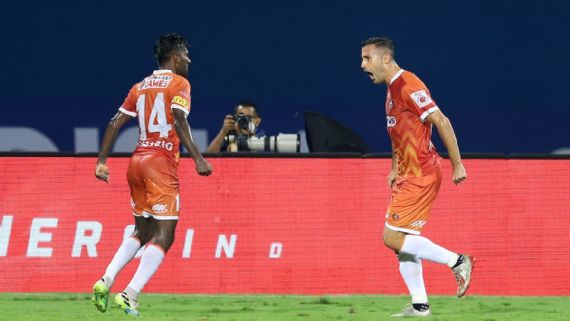 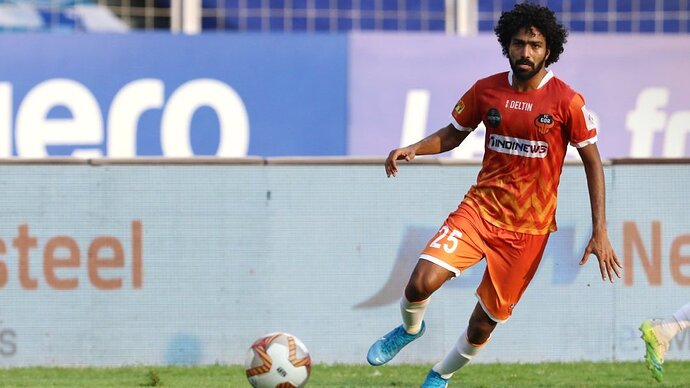 What a brilliant finish! 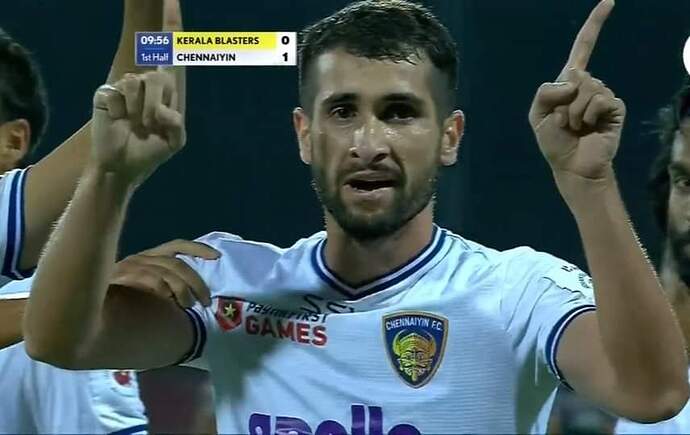 Gary Hooper scores from the spot to equalise for Kerala Blasters!

That’s his 5th goal of the season! 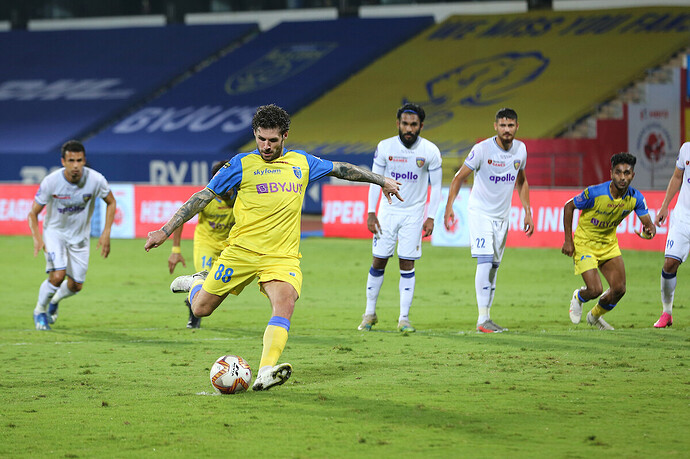 Points shared at the GMC Stadium as the match between Kerala Blasters and Chennaiyin FC ends in a 1-1 draw. Chennai’s ISL season 7 finishes with another draw. 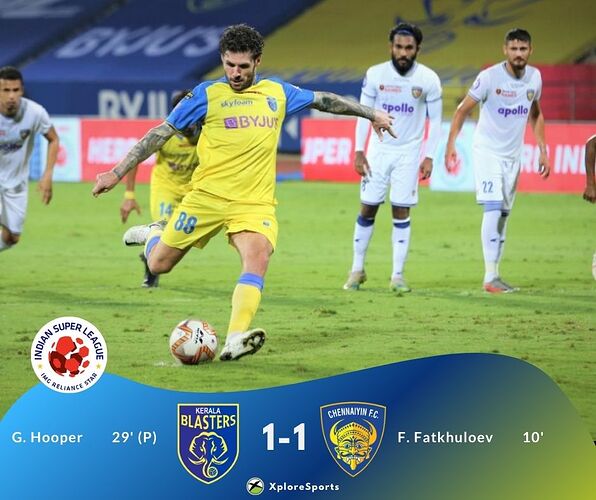 Chennaiyin FC’s Chhangte receives the Hero of the Match award!

For putting in yet another energetic shift down the wings. 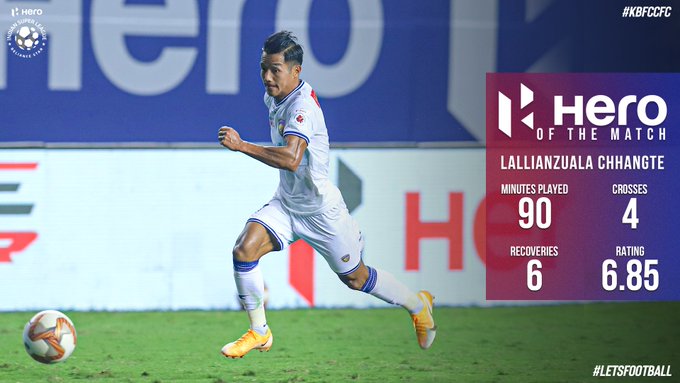 For assisting the opening goal of Kerala Blasters’ Edwin Sydney will take home the DHL Winning Pass of the Match award! 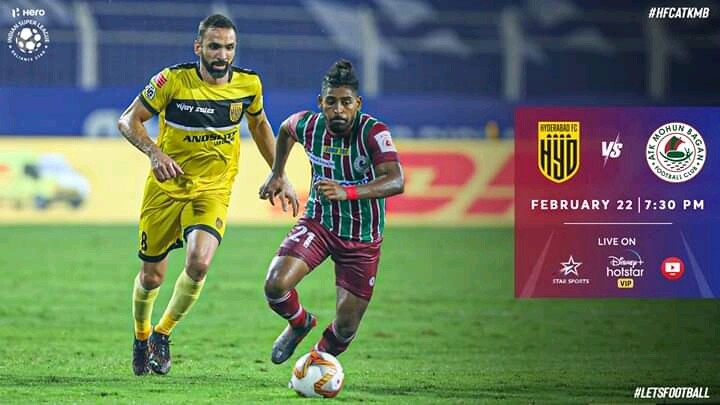 Hyderabad FC and ATK Mohun Bagan will resume their 2020-21 ISL campaign on Monday when they meet in match No.103 at the Tilak Maidan Stadium in Vasco, Goa.

ATK Mohun Bagan have 39 points from 18 matches and a win for them will guarantee them the League Winners’ Shield. Their closest rivals Mumbai City FC have 34 points and can only go as high as 42 points.

Hyderabad FC will also be targeting a win to inch closer to a playoff spot. They have 27 points from 18 matches, the same as NorthEast United FC.

In the previous meeting between the two sides, the Mariners and the Nizams played a 1-1 draw. Manvir Singh and Joao Victor were the goalscorers for ATK Mohun Bagan and Hyderabad FC respectively.

After RPSG’s acquisition of 80% stakes in Mohun Bagan and FC Pune City’s disbandment and formation of Hyderabad FC, the two sides have played only one match.

Goals Conceded in the ISL this season 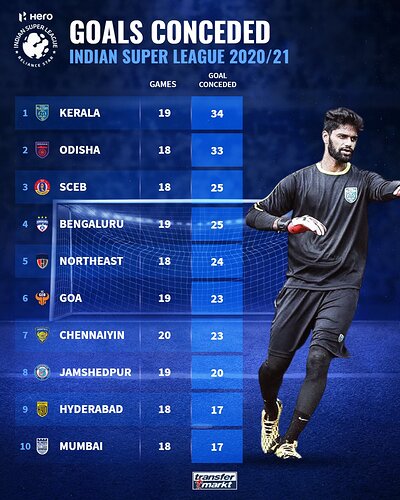 Mohun Bagan are on a 5 match win streak, their best winning streak since the 7 straight wins in I-League last season

Hyderabad FC are unbeaten in 2021 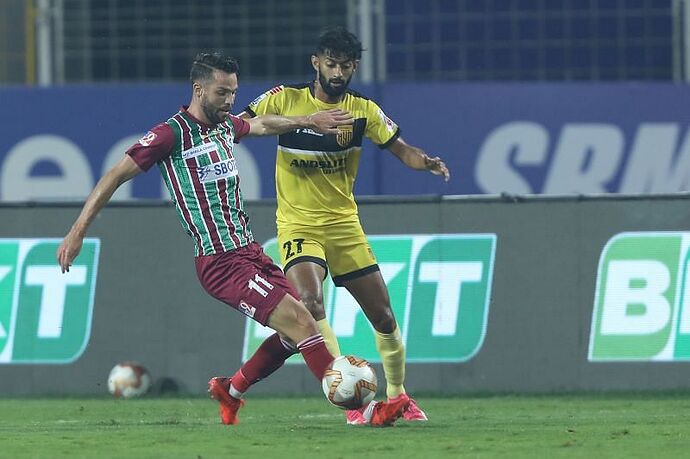 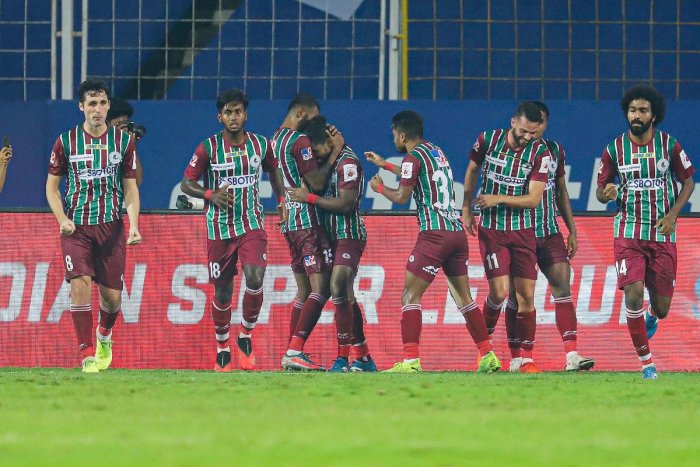