Another late goal by Ishan Pandita secures a point for FC Goa against Chennaiyin and the Machans crash out of the race for the playoffs. It is another case of Chennaiyin not being able to convert the chances they created and they can only get to a maximum of 24 points at the end of the season - which is the same tally that Goa have now with three games remaining in their season. 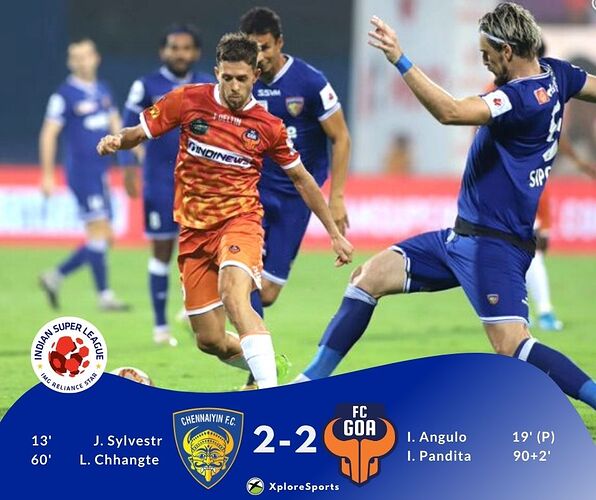 th goal of the season! 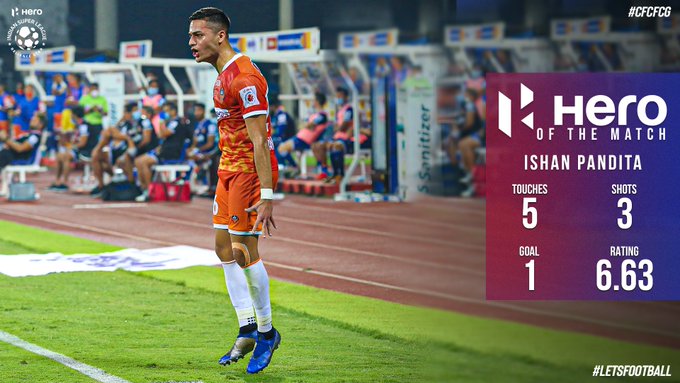 Based on the “Opta’s Expected Goals” model, FCGoa’s Ishan Pandita is the Indian player with the highest difference between expected goals (1.35) and actual goals scored (four) in the current campaign of the ISL (+2.65). Baneful. 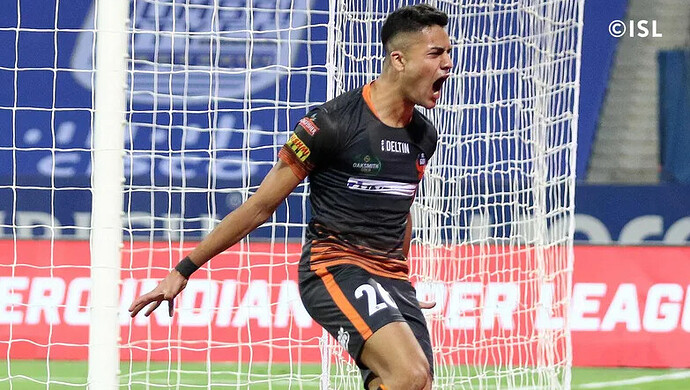 Ishan Pandita is now the joint second highest Indian goalscorer in the ISL this season with four goals. He has scored them in just 7 appearances. 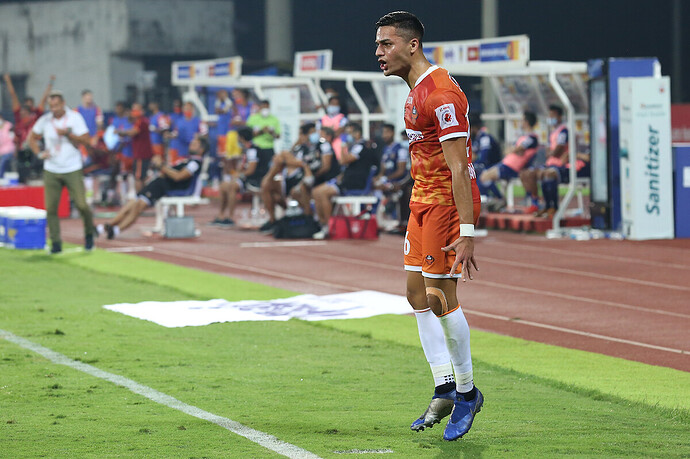 FCGoa has gained another point from a losing position - that’s 12 for the season!

Ten games unbeaten for FC Goa. They just don’t give up! 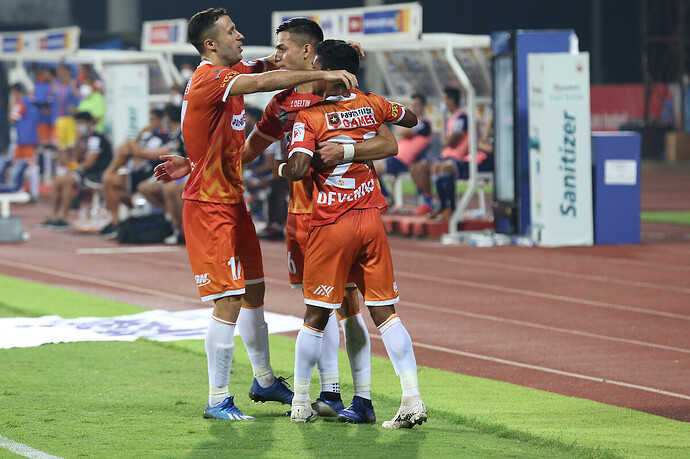 FC Goa’s Juan Ferrando answers questions of the media after their 2-2 draw against Chennaiyin FC.

Chennaiyin FC’s Csaba Laszlo answers questions of the media after their 2-2 draw against FC Goa.

Set up the equaliser with a

"In the last 20 minutes, we were very passive."

Jakub Sylvestr belives Chennaiyin FC needed to be more proactive in the game.

Ishan Pandita reflects on his Hero ISL season so far after netting yet another late goal for FC Goa. 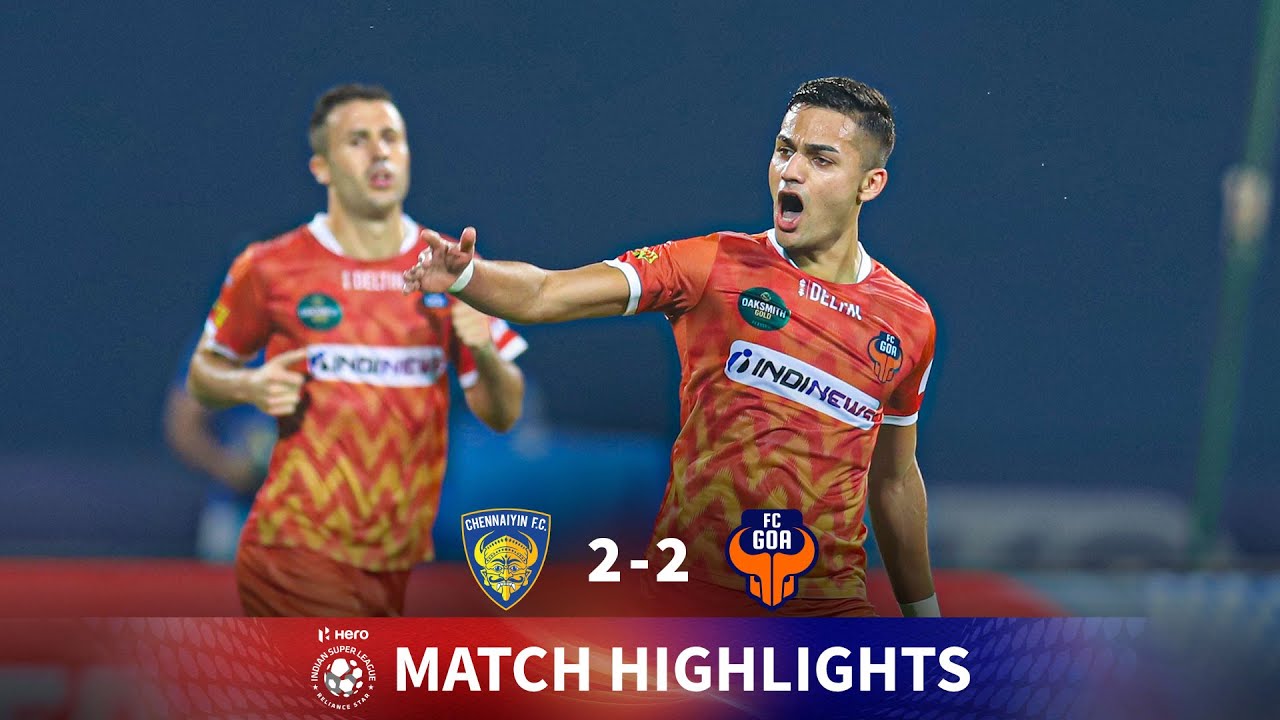 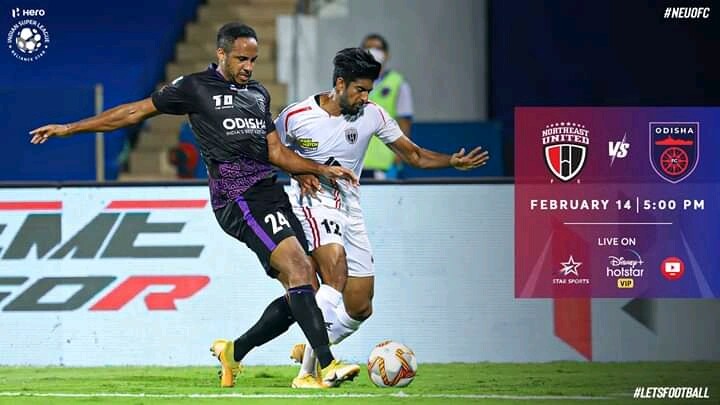 NorthEast United FC are placed 5th in the ISL standings with 23 points from 16 ISL matches.

With Hyderabad FC dropping points against SC East Bengal, the Highlanders have a realistic chance to leapfrog Hyderabad FC and FC Goa to go third in the standings.

The Highlanders had an unexpected change in personnel after a sudden slump in results. Former head coach Gerard Nus was removed and replaced by Khalid Jamil.

Jamil has turned NEUFC’s form on its head and managed to get the better of Mumbai City FC and ATK Mohun Bagan. Khalid Jamil’s NorthEast United FC are on a five-match unbeaten run and have shown cohesion and better tactical applicability since the Mumbai-based coach took charge of the Highlanders.

Odisha FC haven’t looked like a settled, cohesive unit through the length of the league. They have looked good in patches but have failed to achieve any sort of consistency in the 16 ISL matches so far.

Odisha FC now have some momentum after a patient 2-2 draw against Kerala Blasters FC in their previous fixture.

They have nothing to play for but pride for the remainder of the season. Odisha FC will hope to not finish bottom in the standings and garner as many points as possible before the season ends. 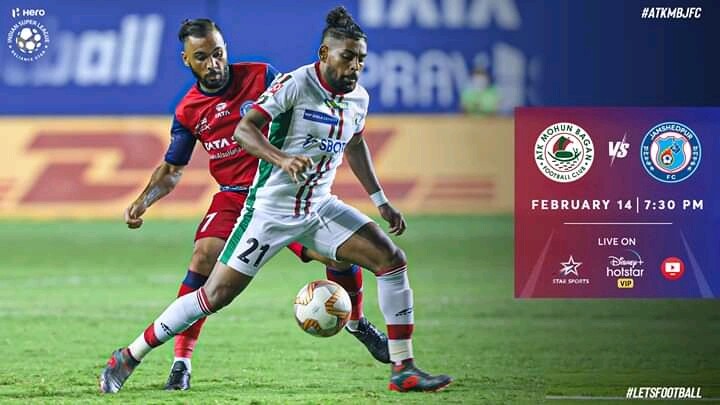 ATK Mohun Bagan FC have been phenomenal in the current ISL season. The Mariners have shown discipline, resilience, cohesion, and tactical intelligence in almost each and every game they have played so far.

They are second in the league table and have an opportunity to go to the top with a win over Jamshedpur FC. The Mariners are currently on a three-match winning run and head into the clash as the firm favorites.

ATK Mohun Bagan have already qualified for the playoffs. They have now set their sights on the first place in order to qualify for the AFC Champions League Group Stage 2022. Currently, Mumbai City FC occupy the top spot.

Jamshedpur FC had been touted as one of the favorites to finish in the top-four before the season kicked off. They have a fantastic balance of youth and experience with Owen Coyle in charge.

However, due to lack of a correct combination, Jamshedpur FC are now fighting a tough battle to keep their chances alive for a top-four finish.

The Red Miners are 6th in the standings with 21 points from 17 ISL fixtures. They have to win every single one of their remaining games to stand a realistic chance of making the top-four.

Jamshedpur FC have defeated ATK Mohun Bagan FC earlier in the season and will pose a challenge to Antonio Lopez Habas’ side. The Mariners are a more balanced team and are high on confidence at the moment. With the top spot beckoning, ATK Mohun Bagan will be eager to get a win over the Red Miners.

Two goals from Luis Machado and one from Deshorn Brown puts NorthEast United FC in control. Odisha got one back just before half time. 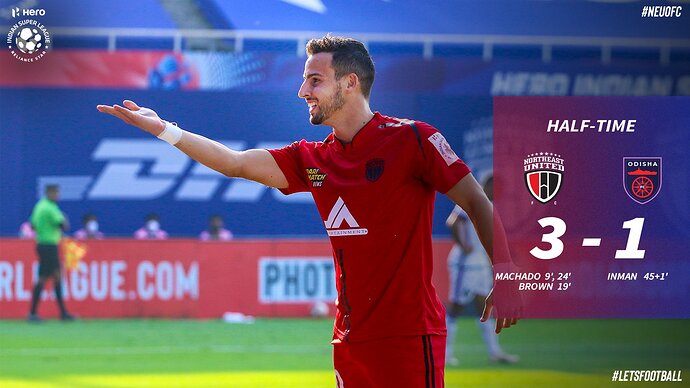 NEUFC move into the top-four after victory in Vasco.

NorthEast United FC’s strong performance from the first half helps them get a 3-1 win over Odisha FC, with all the four goals coming in the first 45 minutes. Luis Machado got a brace while Deshorn Brown scored one for NorthEast United. Bradden Inman pulled one back for Odisha FC. Jerry Mawihmingthanga was denied a fabulous goal for an infringement against Apuia. Gurjinder saw two yellow cards to leave NEUFC with a man down. Odisha FC tried hard in the second half but NorthEast United FC created more meaningful chance and converted three to get this important win. 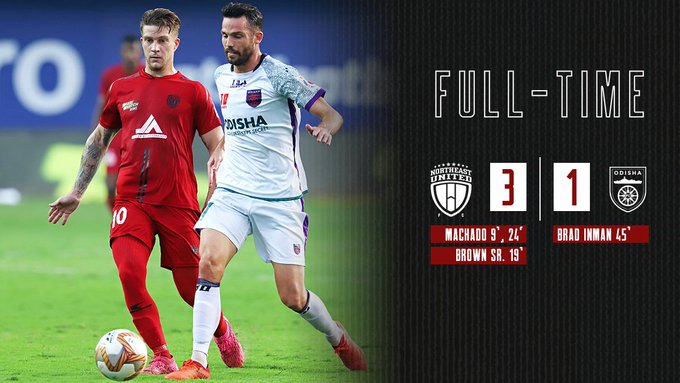 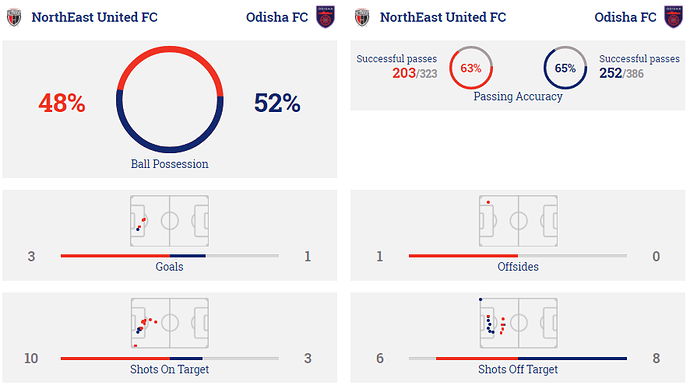 Fede Gallego is awarded the Hero Of the Match 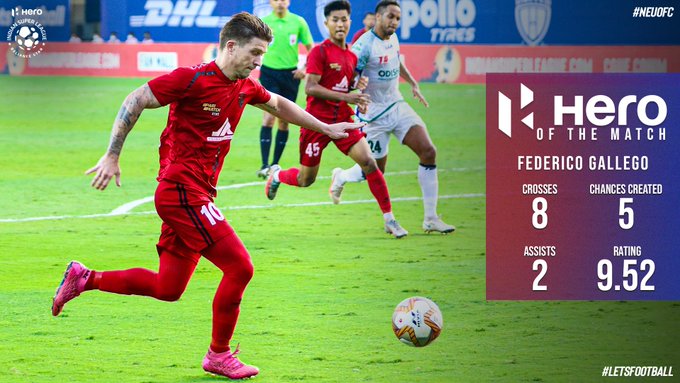 JFC is playing dangerously. The defense line is too high. One good ball they will conceive goal.

ATKMB again with 4 striker. Which I don’t think is working. Jayesh Rane/ komal thatal should be introduced in the 2nd half. This may create runs behind the JFC defense line.

Leny and McHugh needs to go forward a bit. If that’s not happening xavi needs to be projected. 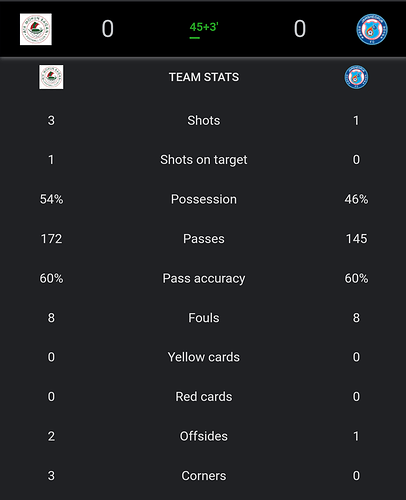 Beautiful goal to make the difference.

The goal came after reinforcing the mid Field.

Guru Habas need to think about his 4 striker strategy.
Belive me the reason of this tight game was just that .

JFC was very cagey in today’s game. They were looking for the draw it seems. If that was the approach your team will end up loosing it in most of the cases.

Arindam was brilliant denying Valskis. For me he is the man of the match.

Again in the top of the table.
#joymohunbagan 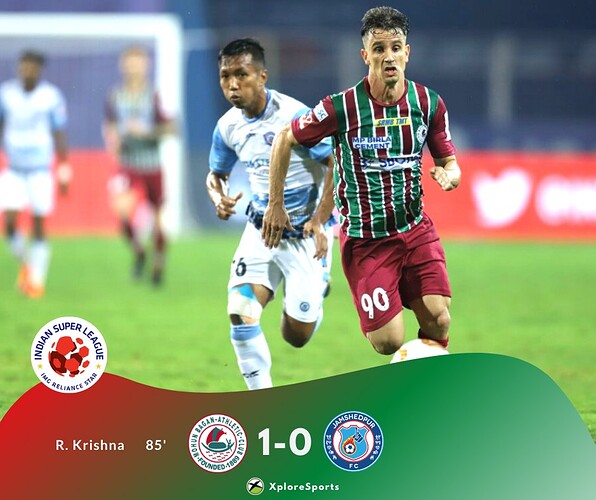