Is VAR good or bad for football? What's your opinion on VAR?

Virtual Assistant Referee (VAR) is making buzz right from its inception. Social media is in meltdown following a number of controversial decisions, dispelling the notion that VAR would consign post-match arguments to history. Many sports such as cricket and rugby have managed to use video technology without too much controversy in recent years, football appears to be having teething problems.

The natural flow and emotion in the game has been devastated due to the constant, lengthy stoppages, as incidents are reviewed. VAR has proven that it is incapable of making the correct call on many incidents.
What’s your take on VAR? VAR is causing more controversy and dividing opinion. I feel it’s spoiling the spirit of the game.

A few millimeters accuracy…do we really need to be that perfect?! The whole point of VAR was to help referees but it just seems to be creating more controversies than clarity. Also looks like fans are less forgiving of technology driven decisions than those due to human error.

I guess it is easier to bash humans for wrong calls and forget about it the next day after venting out in your circles.

But with technology, people are questioning the process, the system and the need of perfection at the cost of losing out on the spontaneity and fun of the game.

During the 2018 FIFA World Cup, a total of 335 incidents were checked by the VAR in the group stage, averaging 7 per match. Only 14 calls made by referees were changed or overruled after being reviewed by the VAR. Only 4% of VAR reviews were overruled!

DRS reviews have been successful in cricket as well as the reviews in tennis. In cricket, the teams have one incorrect review per innings (two in Test matches). If the team waste it, it’s gone, so players are extremely careful only to challenge an umpire if they are certain he is wrong. In tennis, players are allowed 3 incorrect challenges per set.

I think a similar limitation can be implemented in football. The onus for VAR calls can be shifted to teams. A restriction on number of VAR review can be put in place, say 2 VAR per game per team, may possibly improve the effectiveness of VAR and minimize the disruption to the game. Just my 2 cents to this constant ongoing debate surrounding VAR…

VAR is a good thing and if technology can help game to be fair it should be welcome.

But the problem is that Football is a fast paced and emotionally charged game. Frequent stoppages just kill the excitement. More, even if a bad decision is reversed it may not have the same effect of preventing it in real time. The flow and exact player positioning cant be recreated. So, even if a bad decision is reversed, it’s effect can’t be reversed completely. Sometimes, the effect may even become more pronounced in some cases due to change.

In case of Football, VAR should only be used in most critical situations such as validity of goal, penalty review and offside in case of goals etc. Rest should just be left untouched.

For purists too Bad decision and tragedies occurring due to them are also part of romance of the games. They are remembered for decades and hotly debated for years to come. They have their own place and charm in the game.

Sharing details about VAR for us to better appreciate the system and the debate surrounding it.

What exactly is VAR?

Video Assistant Referee – main video official whose main role is to check all reviewable incidents and recommend an OFR (on-field review) where a possible clear and obvious error has occurred.

According to the rules, the use of VAR technology is limited to four types of incident.

How does the VAR work on the ground?

Where are the video referees located?

The VAR for every Premier League match is located in the VAR Hub at Stockley Park in South West London.

Every Premier League match will have a VAR, Assistant VAR (AVAR) and a Replay Operator. Pep Guardiola was fuming with referees on Sunday as Manchester City were denied two clear penalty shouts for handball during their 3-1 defeat to Liverpool at Anfield.

Former City star Trevor Sinclair believes Pep, other top managers and players in England will soon get fed up and move to other leagues if VAR farce does not improve soon, saying Guardiola already looks ‘on the cusp’.

The whole idea of introducing the VAR was to eliminate the clear and obvious errors from the on-pitch officials. Instead, technology has complicated the game. Since the start of 2020/21 season, we have seen how the handball rule has flipped the game and caused chaos in the league. Football is beautiful because of its beauty in simplicity.

With VAR intervening so unreasonably with every passing matchday, the sport is slowly losing its charm and thus after a meeting was conducted by the Premier League on Tuesday evening, match officials have been asked to be more lenient with the handball decisions that they make. The referees have been advised to apply more practicality and common sense to their decisions on the pitch. 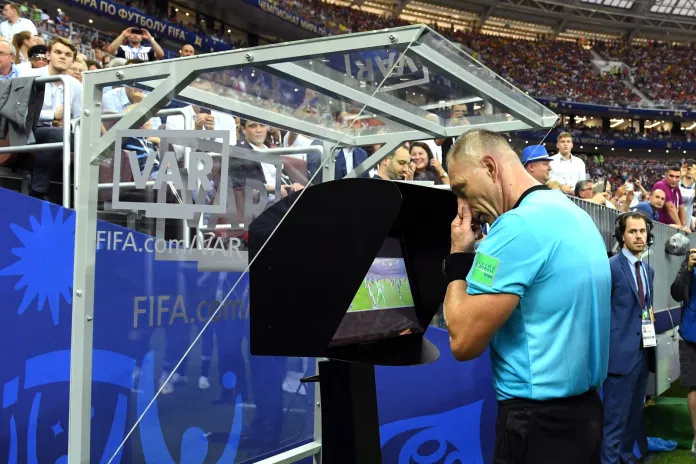 I personally think it needs to be more optimized. It’s still a new tool, and like all new tools it’s unlikely to work perfectly at the first go.

For example, handball rules were recently changed. With VAR, at slow speed, every time the ball touched a hand it looked deliberate, hence the definition of handball “deliberately handle the ball with hands” was failing. Referees can’t read minds, so whether a touch with the hand was deliberate or not is much a matter of judgment. This pushed players to always shoot at hand height, since there is no way defenders could get them out of the way when fired at from a yard away. So, now it’s a handball only if it makes the defender body bigger, or it’s above shoulder height. This already makes more sense.

Another thing that needs to be optimized is when VAR should intervene. The referee is unlikely to decide on his or her own to take a look, and people seem to distrust referees off the field making a call. Several coaches have complained that they don’t know who is in charge.

If this issues can be rectified, VAR would be a very efficient tool. Another thing that is much better is that goals resulting from a clear foul are no longer allowed. For instance, Maradona wouldn’t be able to win a world cup match by scoring with his hand.

Overall, I think VAR will improve the game, but it will take time and optimization. 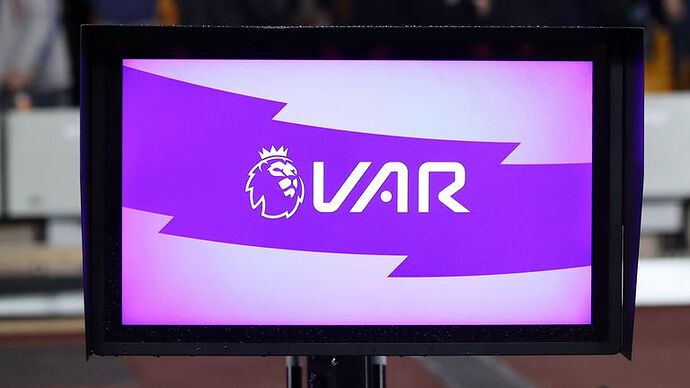