IPL 13 is heading toward the business end of the tournament. 4 teams are left to claim the most coveted trophy in Indian T20 cricket. This season has been unpredictable and first time in IPL history the race to playoffs has been this close. Each team won a minimum of 12 points and it was Mumbai Indians, Delhi Capitals, Sunrisers Hyderabad and Royal Challengers Bangalore who crossed the touchline.

Tonight, at stake will the chance to secure a spot in the final of IPL 2020 in Dubai. Mumbai Indians will face Delhi Capitals in the Qualifier 1. Team that wins goes directly to the final and the loser gets a chance to face the winners of Eliminator in Qualifier 2. 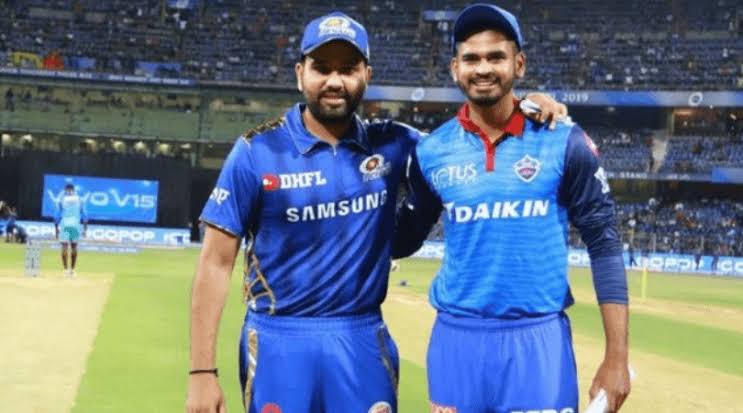 Undoubtedly these two sides have been the most impressive ones in this edition of IPL. Both teams started on a strong note and thoroughly deserve to be in the top 2. Two most balanced squad having the best players in all three departments. Shreyas Iyer, a rookie captain has changed the fortunes of Delhi Capitals and today he will aim to create history by taking Delhi to their first IPL final. For Rohit Sharma, it seems like a ritual now, 6th final if they win tonight.

Mumbai however lost their last match against SRH but they have got all bases covered and some decisive players who look for opportunities like today to prove their mark. Delhi bounced back after 4 losses in a trot and their batting unit needs to pull up their socks for such a big encounter. Last time both teams faced, MI dominated the match and won it comfortably. It’s all or nothing tonight, so get ready for a blockbuster battle.

The two teams have faced each other 26 times in the IPL so far, and MI has dominated the fixture by winning it 14 times, as opposed to DC’s 12 wins.

Delhi Capitals: Delhi, who are yet to get their hand on the coveted trophy, have only featured in the playoffs six times. They have won just one game and lost five. (1:5)

Road to the Final - Here is how the playoffs work:

The top-four teams in the points table qualify for playoffs and are made up of a series of 3 matches. There are two qualifiers – Qualifier 1 Qualifier 2 and in between these two is an Eliminator.

The top-two performing teams are provided with an extra chance, if needed, to enter the final.

The first qualifier is contested by the teams finishing 1st and 2nd in the points table. The winner of this makes it to the final. However, the loser gets another shot.

The eliminator sees the 3rd and 4th placed teams locking horns. The winner progresses to the 2nd qualifier while the loser is exits from the tournament.

Qualifier 2
This is contested between the loser of first qualifier and the winner of the eliminator. The one winning this makes it to the final.

This year, the first qualifier will be played between Mumbai and Delhi while the Eliminator will see third-placed Hyderabad going against Bangalore who were fourth. 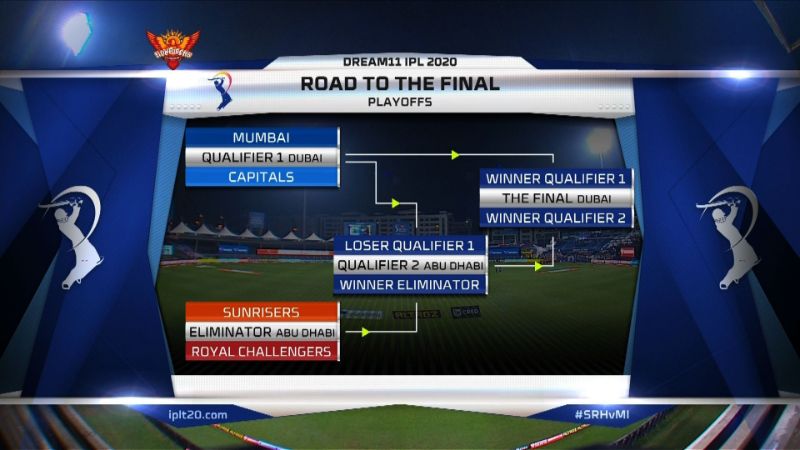 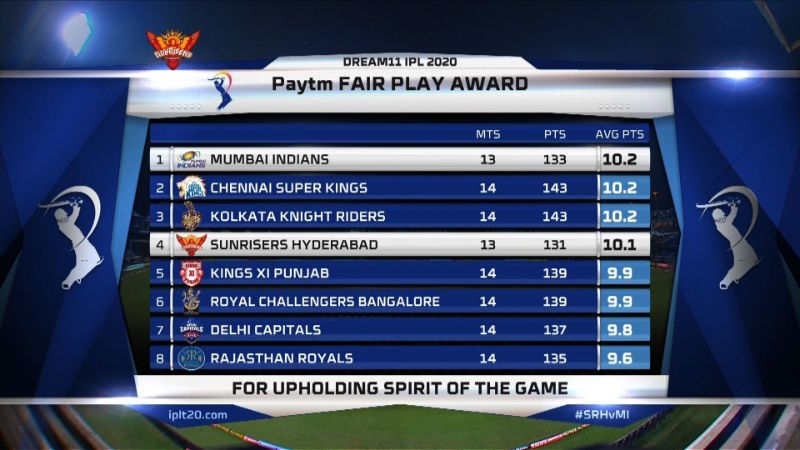 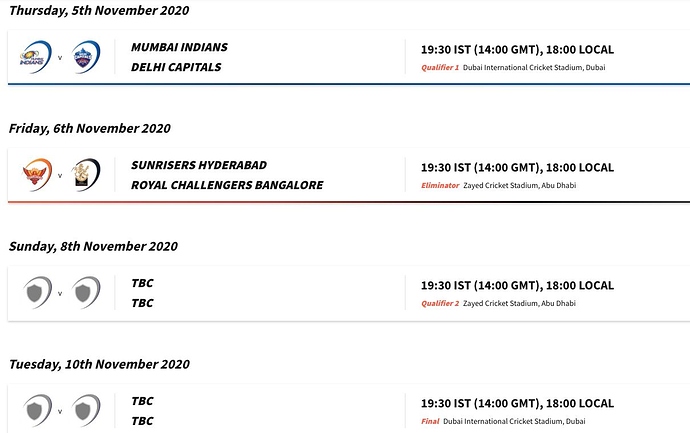 The battle for Purple Cap

Kagiso Rabada once again retained the purple cap and Qualifier 1 of IPL 2020 will see an intense battle between him and Jasprit Bumrah for the respective honour. Rabada leads the race with 25 wickets, while Bumrah who has played one match less has 23 wickets.

Kings XI Punjab are out of the IPL play-off race but their skipper KL Rahul maintains a good lead in the Orange Cap race. He stands at the pole position with 670 runs.

David Warner witnessed a massive climb in his ranking after his match-winning 85 from 58 balls against Mumbai Indians. The SRH skipper stand at the second spot with 529 runs.

He is followed by Delhi Capitals opener Shikhar Dhawan, who stands third with 525 points. The left-handed batsman will get to play at least two more games, even if Delhi fail to make it to the finals.

Devdutt Padikkal’s fine half-century against DC see him in the fourth position and he is followed by Virat Kohli.

Among current teams, DC is the only team which hasn’t played an IPL final. The have a chance to change that today.

To stay true to my support to the underdogs, I will be rooting for the teams based on their performance and fighting spirit this season: 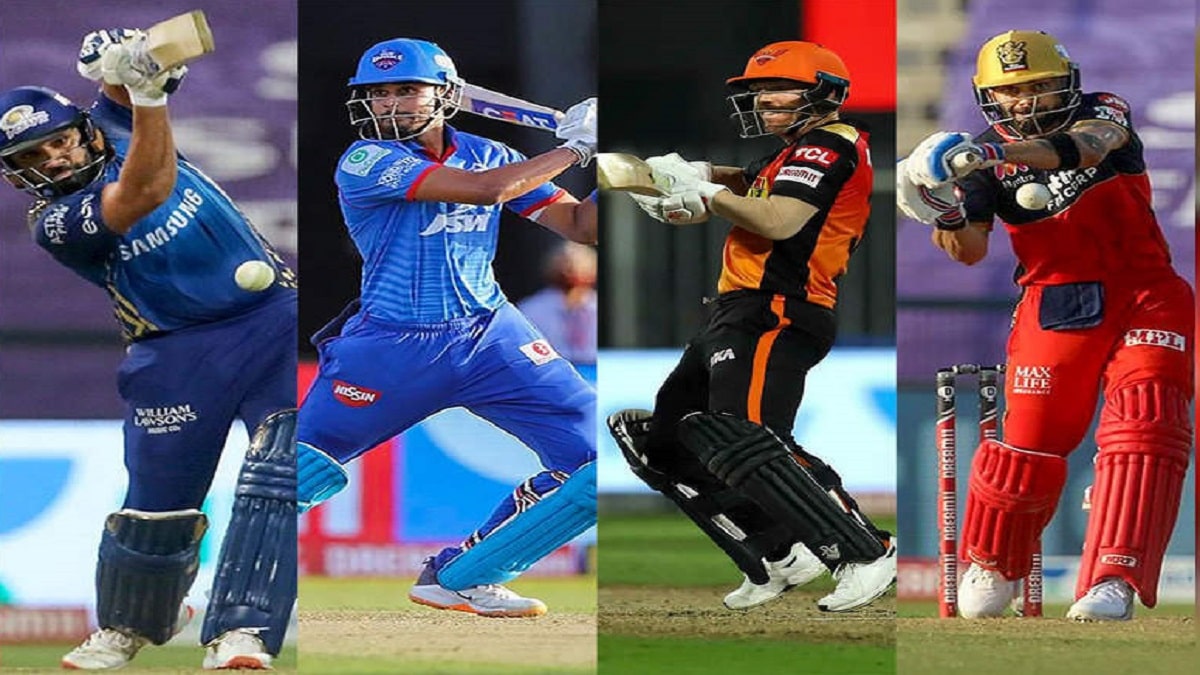 MI easily defeated Delhi Capitals in the Qualifier 1 by 57 runs. Batting first, MI score 200 for 5 in 20 overs. In response Delhi Capitals was no match for the MI fast bowling duo of Trent Boult and Jasprit Bumrah. Boult took 2 wicket for 9 runs in 2 overs and Bumrah was more menacing as he took 4 wickets for 14 runs and took the Purple Cap away from Kagiso Rabada. 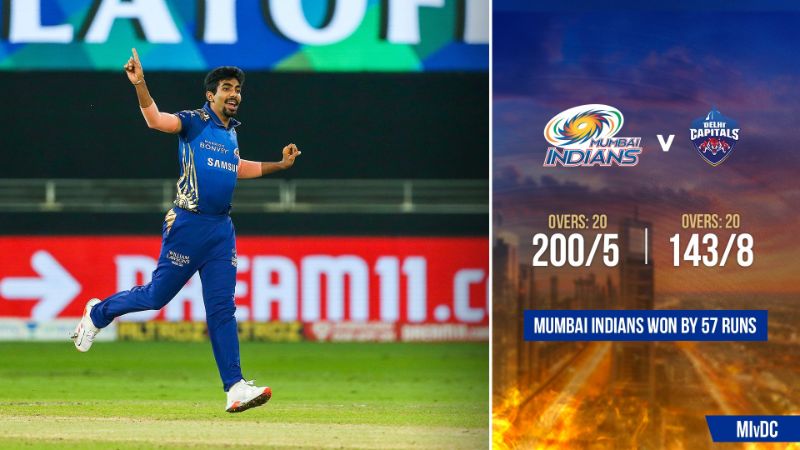 Bumrah - Man of the Match

Registers the best figures in IPL! 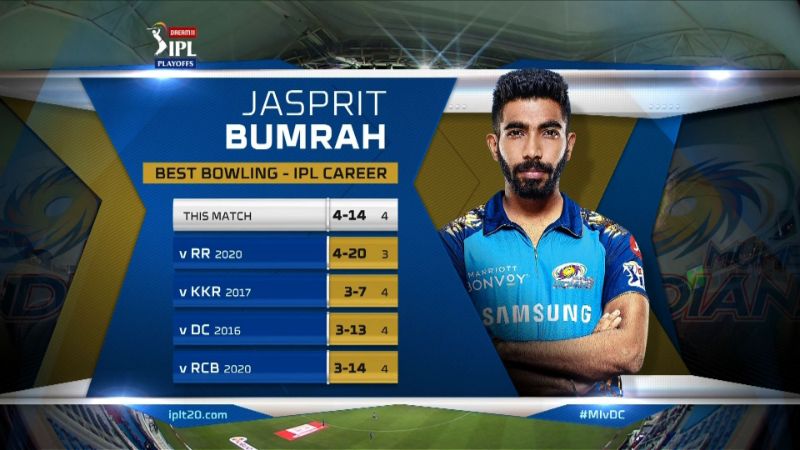 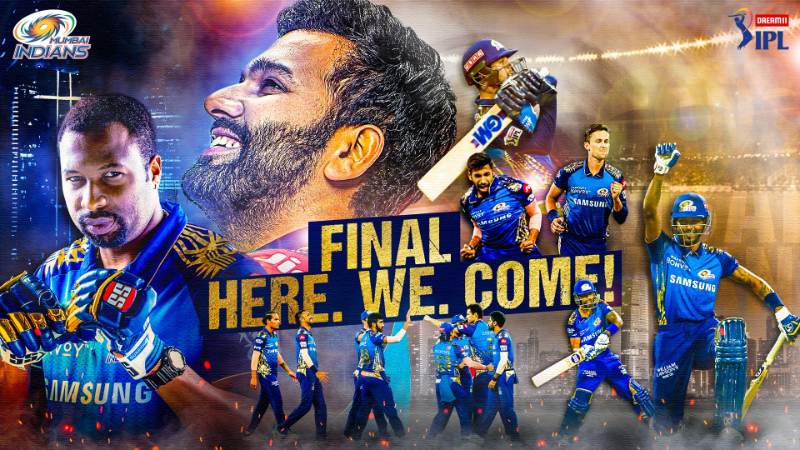 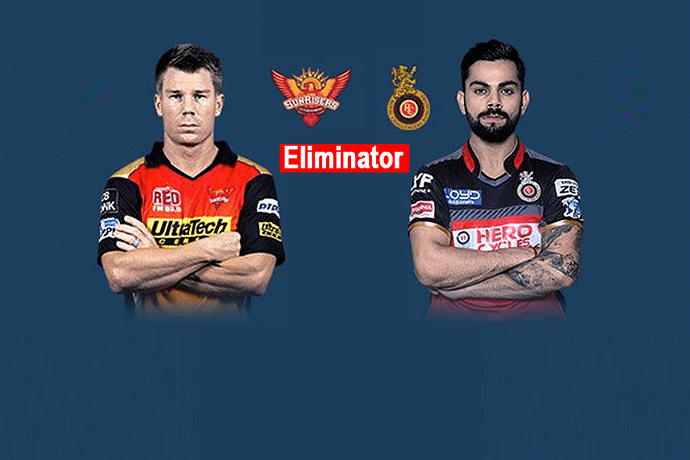 There couldn’t be a case of contrasting momentum’s. SRh have won last three and 4 of last 5. Royal Challengers Bangalore have lost their last four. SRH have sort of come together after uncertain start. RCB also had kind of poor start then they turned it around and then again lost it. But both team are here now.

Both the teams have good top order but uncertain middle order. Paddikal and ABD have been carrying the RCB on some days while Warner/Pandey specials have saved SRH many times. On bowling front SRH looks more settled. For RCB only Chahal has done consistently while Sundar has supported him well. Rest haven’t painted themselves with glory. Another concern for RCB is their slow strike rate in middle overs. May be playing Moeen at 4 and pushing ABD a bit deep may be a solution. They may consider opening with Dubey/Sundar so Moeen can be brought in and at 4. OR would they bring in Finch back for big game?

SRH vs RCB - Head to head 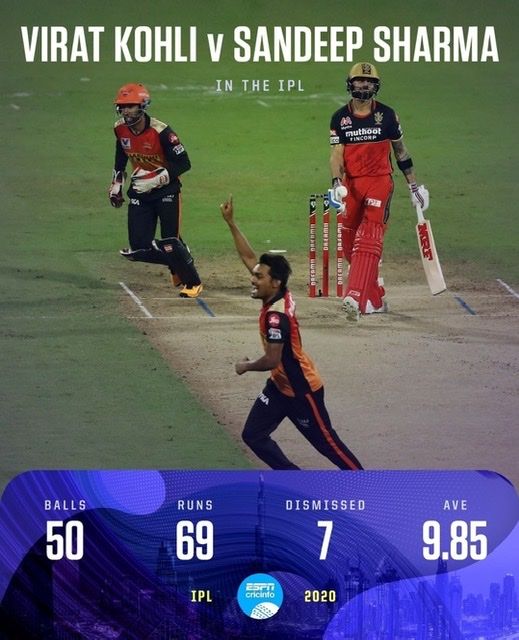 This is getting interesting!

13 years and still counting for RCB

Jason Holder’s all-round show and Kane Williamson’s solid unbeaten 50 helped SRH beat RCB by 6 wickets in the IPL Eliminator. RCB were knocked out of the tournament.

Holder first led SRH’s brilliant bowling effort with figures of 3 for 25 to restrict batting-heavy RCB to a modest 131 for 7 before he and Williamson steered SRH past the target with two balls to spare.

SRH play Delhi Capitals in the Qualifier 2 on Sunday for a place in the final. 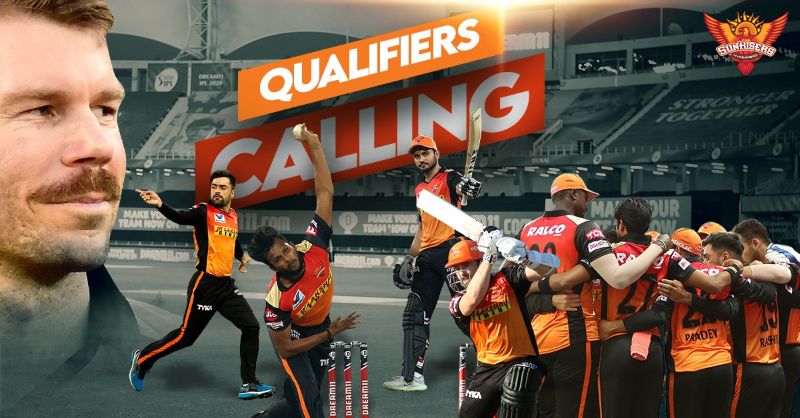 Kane Williamson was declared the Man of the Match 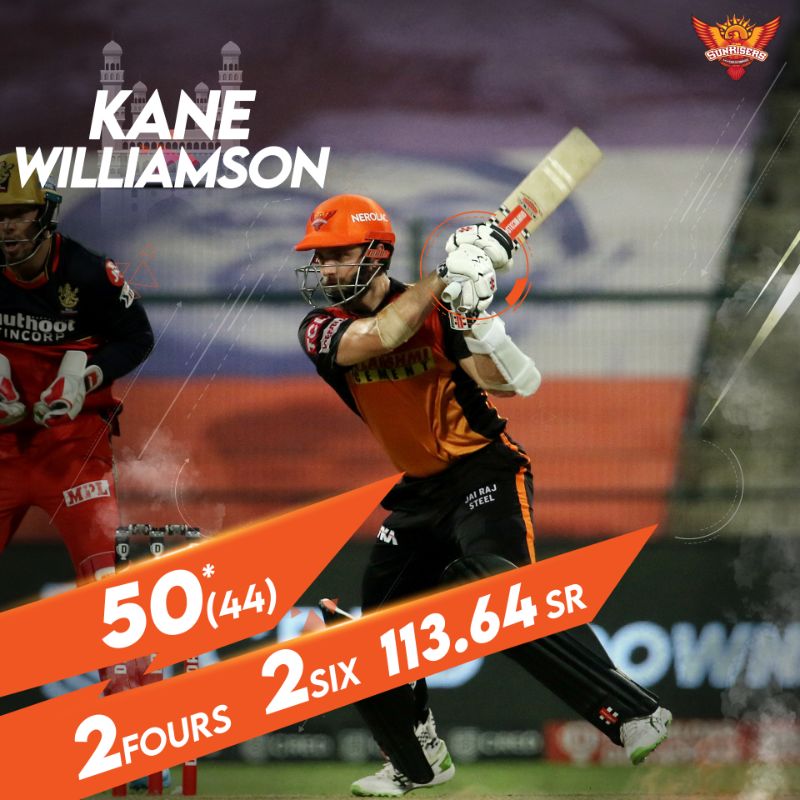 This is getting interesting!

Spoke too soon. Holder & Williamson hold their nerve and take SRH home. Holder has proved to be a great change SRH had to make.

One will exit the IPL title race and One gets a shot for Championship trophy!

The Shreyas Iyer-led DC registered 7 wins from their first 9 matches. Despite the dip in the latter stages of the season, made it to the playoffs and the top two finish after the conclusion of the league-stage has guaranteed them one more shot to reach the final today.

On the other hand, SRH had only 3 wins against their name from the first 9 matches. But the David Warner-led unit turned the tide and are now made it to the Qualifier 2 registering 4 wins on the bounce – RCB in the Eliminator and against MI, RCB and DC (in the league stage).

SRH will play Delhi Capitals tonight in the Qualifier 2. The winner will make it to the finals of IPL 2020 and take on 4 times champions Mumbai Indians scheduled for 10th November. 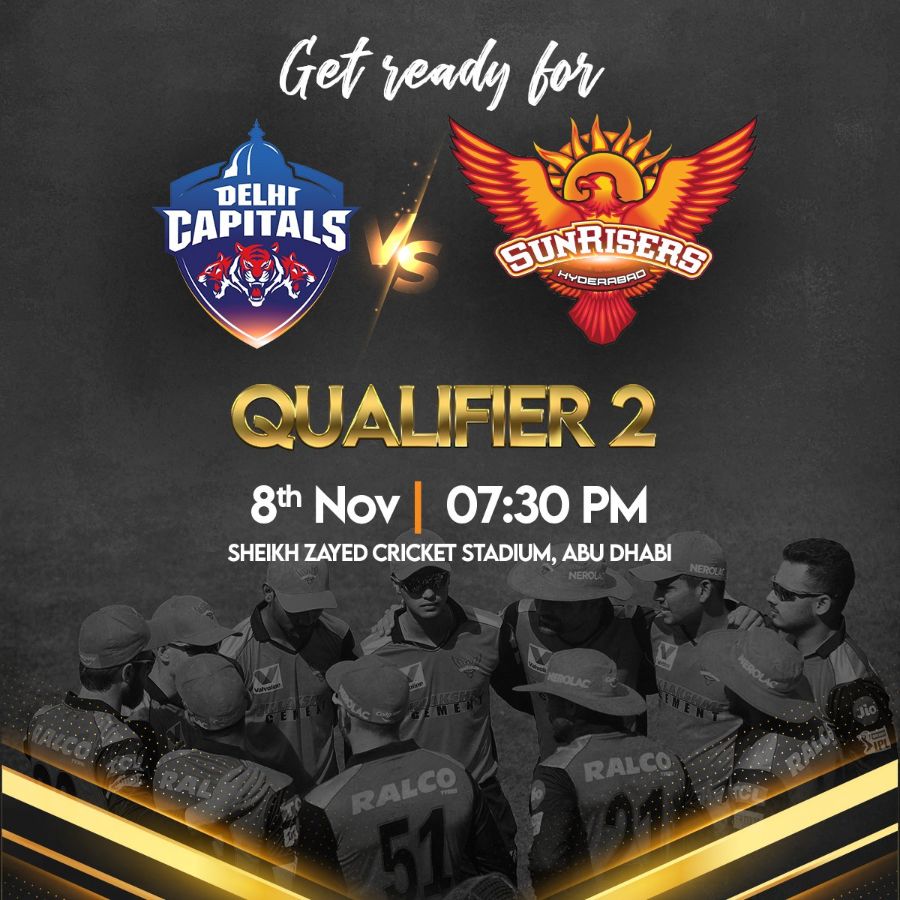