Here we can all share interesting tit bits regarding WC. Here is one from me.

No Kumble
No Ashwin
No Harbhajan
No Jadeja

Even interesting fact, an Indian origin player shaukat dukanwala was the first spinner of Indian origin to take 5 wicket haul during the 1996 World Cup while playing for UAE. He was also an off break bowler

He Is Only Indian Crickter To Win 4 M.O.M Awards In a WC Series

The World Cup trophy weighs 11 kilograms and has the names of the previous winners inscribed on its base. The height of the WC trophy is 60 cm high. The current trophy was created for the 1999 championship and was the first permanent prize in the tournament’s history.

The trophy is made from silver and gold and features a golden globe held up by three silver columns. The columns, shaped as stumps and bails, represents the three fundamental aspects of cricket: batting, bowling and fielding, while the globe characterizes a cricket ball.

Vivian Richards is the only man to have played both World Cup Football and World Cup Cricket. He played football for Antigua and Barbuda in a qualifying round to get into the World Cup of 1974.
He also played for West Indies in Cricket World Cup.

Someone who did actually achieve this unique double is Australian Ellyse Perry, who appeared in the final rounds of both cricket (2009) and football World Cups (2011). 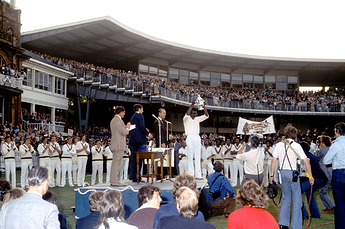 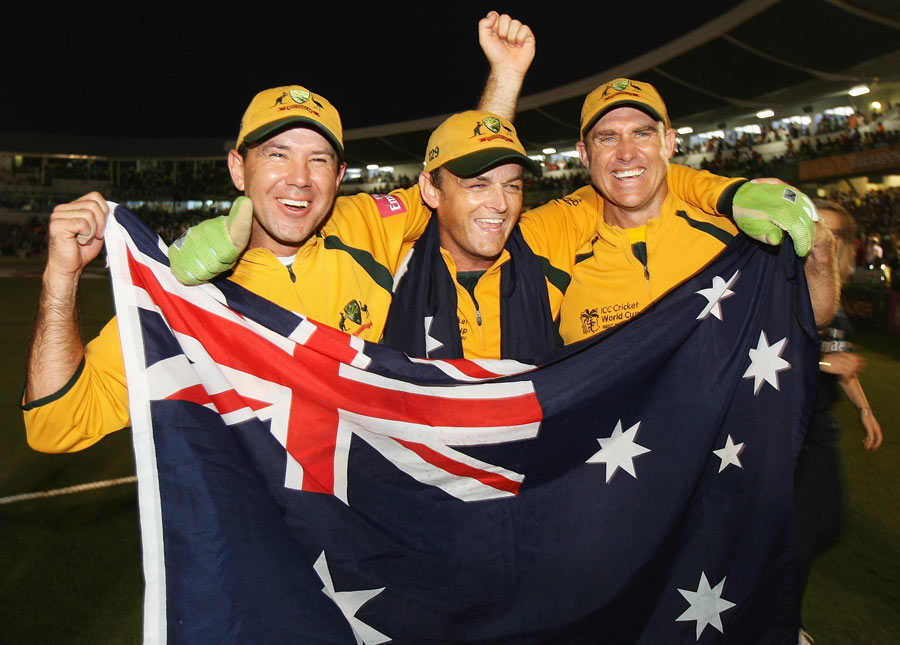 Indian player Chetan Sharma is also known as World Cup hat-trick man for his record in the ICC World Cup. In the World Cup 1987, Sharma took the first hat-trick in the history of tournament when he clean bowled Ken Rutherford, Ian Smith and Ewen Chatfield of New Zealand off consecutive balls.

Namibian Rudie van Vuuren appeared in both the cricket and rugby union World Cups in 2003.

Anderson Cummins is only the second player to represent two different teams in the World Cup (West Indies 1991-92 and Canada 2007). The other is Kepler Wessels who played for Australia in 1983 and for South Africa in 1991-92.

This World Cup the ICC has introduced the concept of home and away kits for the first time.

Hmm. This indeed is interesting.

Sachin Tendulkar’s dismissal in the 1996 World Cup semifinal triggered a tremendous collapse as India slumped from 98/1 to 120/8. An outrageous crowd then went berserk at the Eden Gardens setting fire in the stands and throwing bottles onto the field. This forced the match officials to stop the match and declare Sri Lanka as winners by default. This shameful act by few brought the entire country in bad light. People fail to draw a line between passion and fanaticism. On a good day people will put these players on a pedestal as God and on bad days they will burn an effigy of the same players. This extreme culture needs to stop.

Talking of SL, People seldom discuss Arvind De Silva. Very reliable and consistent batsmen. One of the GOATs. Shouldered Sl batting solely most of his carrier. Very elegant to watch and performer in crunch situations.

Okay. I would love to interrupt here. I first watched arvinda during 2002, i was in class 1st then. Icc champions trophy was on, Australia vs Sri lanka. Arvinda played a huge part and if my memory serves me right, he was man of the match in that game. I became a fan, a huge on. I saw all his old games, a lot of them anyway if not all. He was a great player but was he really a goat? Because if he was a

then i dont know what other real goats are, maybe goat *2