Seven months after the 2019 campaign concluded, Formula 1’s delayed 2020 season was finally flagged off in Austria on Friday July 3rd.

The shortened but condensed calendar is set to run until December, and extensive health and safety protocols are in place at GP venues. Let this Thread be purely a discussion base for F1. Feel free to share your views on F1 drivers, teams and Grand Prix prior and post updates.

Formula One is back - What a way to start the season! Red Bull’s Max Verstappen, who started from the front row alongside Bottas was hoping to win the Austrian GP third time in a row (after 2018 and 2019) but suffered from an early technical problem which took him out of the race.

And as for Kimi Raikkonen, the Finnish racer suffered a setback after his car’s front right wheel came off during the race. This led to the deployment of the safety car and €5,000 fine for team Alfa Romeo.

All the best bits from a frantic and fabulous opening race of the 2020 F1 season… Austria = awesome!

Some stats from the thrilling Austrian GP.

• Mercedes’ Valtteri Bottas won the season-opener for the second year in a row, this time leading from start to finish.

• For the first time in 241 Grands Prix, Sebastian Vettel finished 10th in a race.

• McLaren’s Lando Norris is the third youngest podium finisher of all-time behind Max Verstappen and Lando Norris, and set his first career fastest lap on the last lap.

•Hamilton, for the first time since the opening race of 2014, is not the highest British driver in the world championship.

• Hamilton failed to finish on the podium for the fourth consecutive year in Austria.

• Charles Leclerc finished second for Ferrari despite having been almost a full second – 0.924s – off pole yesterday.

• There were zero retirements in the 2019 Austrian GP. In this year’s there were seven.

Hamilton is back! Epic wheel-to-wheel racing!

Lewis Hamilton secured a comfortable victory in the Styrian Grand Prix, winning out over his Mercedes team mate Valtteri Bottas and Max Verstappen of Red Bull. A crazy start and a photo finish! Watch all the best bits from a sensational Styrian Grand Prix.

World No 1, Lewis Hamilton won his first 2020 Grand Prix in the Styrian GP. It was a dominant performance from Mercedes as Hamilton provided another masterclass which makes him now just six wins away from Michael Schumacher’s record of 91. He is only six points behind Valtteri Bottas in the championship. Mercedes’ Lewis Hamilton bagged his 8th Hungarian Grand Prix victory as he tied with Michael Schumacher’s record for most number of wins at a single venue. After winning two races on the trot, Hamilton took the lead in the Drivers’ Championship for the first time in 2020. Three cheers to Hero of the Race - Max Verstappen! Hamilton may have won his eighth Grand Prix at the Hungaroring, but the REAL heroes of yesterday’s race were Red Bull’s team of mechanics.

Max Verstappen damaged the front wing and front left suspension of his car on his way to the grid. The repair job, which normally takes 90 minutes, was finished in just under 20 minutes, and a mere 25 seconds before the cut-off time. That was a close call for Red Bull

Verstappen then went on to win second place, defying all odds and expectations of failure.
Congratulations, team Red Bull!

Lewis Hamilton looks in impeccable form and Mercedes are dominating the season with 121 points already with 3 wins and 5 podium finishes. With seven races to come in just nine weeks there is every chance Hamilton will have toppled Schumacher’s tally and lift his seventh World Championship.

Ferrari need to buckle up, despite having their best qualifying of the year Vettel and Leclerc finished 6th and 11th respectively. They have scored just 27 points to Mercedes 121 in the constructors standings behind the Silver Arrows, Red Bull, McLaren and Racing Point

The Internet’s Best Reactions To The 2020 Hungarian Grand Prix 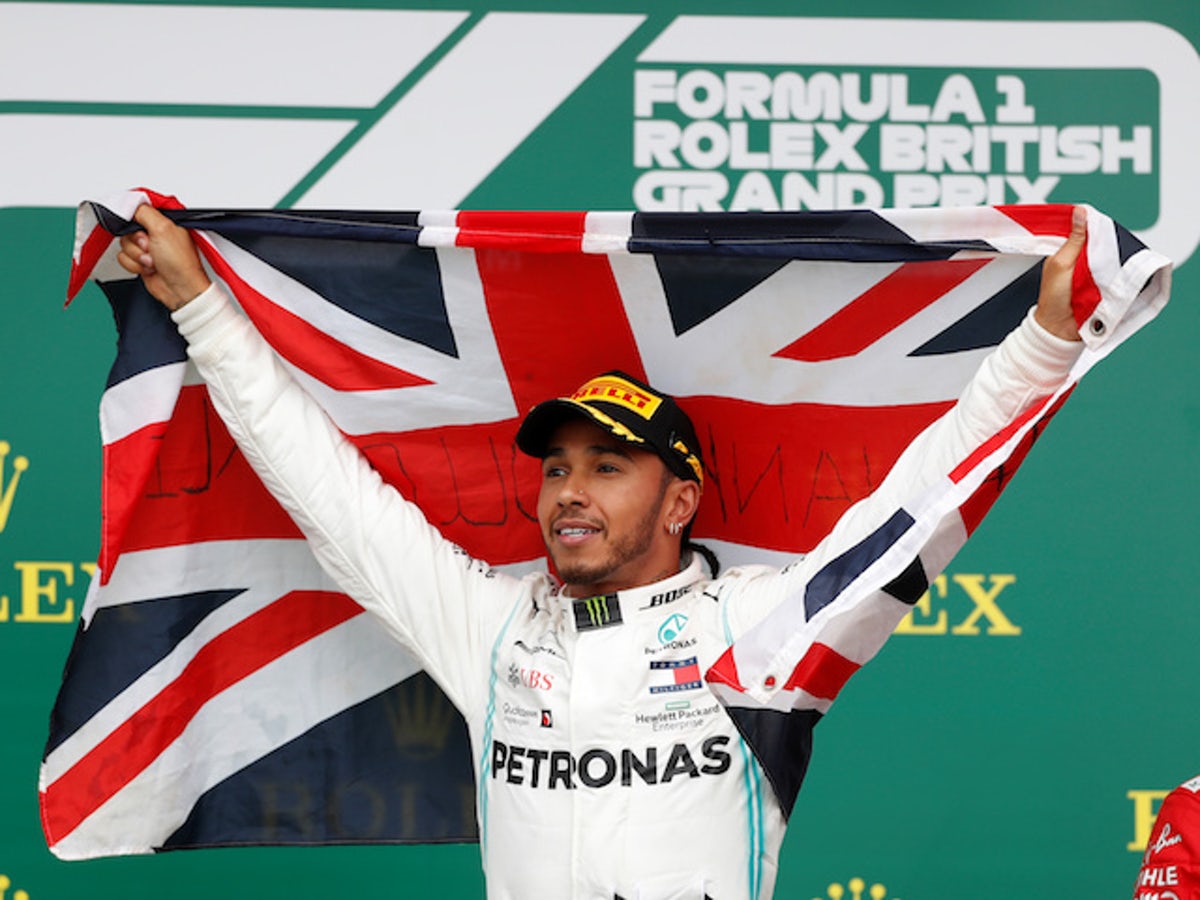 Due to positive report of coronavirus, Sergio Perez has been ruled out of the race. The top candidates were speculated to be Esteban Gutierrez and Stoffel Vandoorne, the reserve drivers for Mercedes (fitting, since the RP20 car has been dubbed “The Pink Mercedes”)

However, in a surprising turn of events, Nico Hülkenberg has taken Checo’s place at Racing Point. Hülkenberg has raced in F1 for 9 years, without once getting a podium

We fans are excited to see whether he can break this streak of bad luck by driving the second fastest car on the grid! Come on Hulk, we’re rooting for you

Nico Hulkenberg is back in F1, replacing Sergio Perez for the Formula 1 2020 British Grand Prix, after the Mexican failed his medical test on Friday. With the Hulk back in F1, can he score first podium for racing point on his f1return?

A 91st career pole position and all time fastest lap!!

Lewis Hamilton will start on pole for the British Grand Prix. Hamilton once again finishes first in the British Grand Prix! While his victories seem to have become the norm for this season so far, today’s win truly had us all on the edge of our seats.

Hamilton was leading the race (per usual), when his left-front tire delaminated in the last lap. He dragged his car to victory on just three tires IMG_9572750×724 117 KB
Our hopes of Nico Hülkenberg FINALLY getting his first podium finish were dashed today when his car failed to start ahead of the race.

The Racing Point mechanics removed the floor of the car to inspect the issues with the power unit, but unfortunately were unable to fix said issues in time

It is yet to be confirmed whether the Hulk will be racing next weekend, or Checo will be back on track for the 70th Anniversary GP. Let’s pray for Checo’s health and Hülkenberg’s second chance at a podium with the RP20 this season

Beats Ayrton Senna’s record for most races led from start-to-finish (20)!

Beats Alain Prost’s record for most wins at a driver’s home Grand Prix (7)!