Not really a fan of the fact that races are now every alternate weekend, but Formula 1 is BACK at Nürburgring, the Holy Grail of Motorsports. 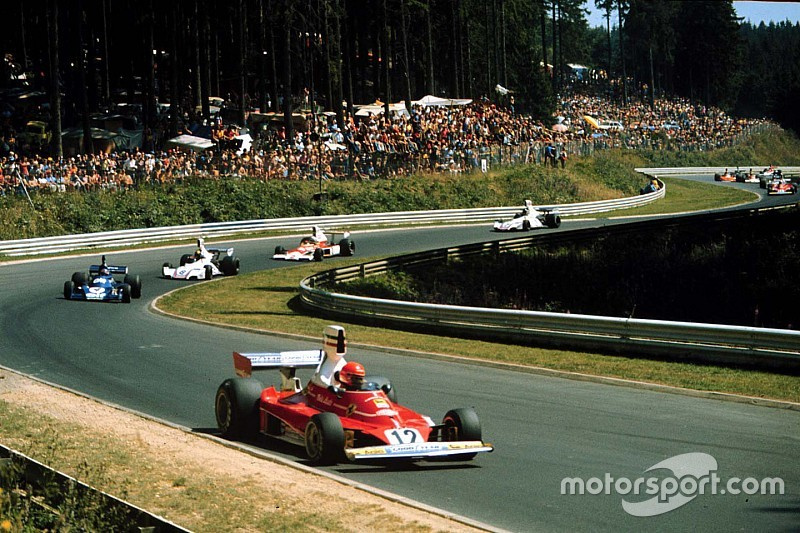 The Green Hell is bound to make an exciting race, amplified by the fact that the weather forecast predicts that it might rain on Sunday!!!

A modernized version of the Nordschleife, the original track where Nikki Lauda’s infamous crash took place

Turn 1 is a sharp right turn, drumming up excitement right off the bat due to high overtake potential

Turn 7 features a gorgeous hairpin bend, sending drivers into a high-speed plunge and us fans into an exhilarated frenzy!

A fun fact about this track is that you can buy a ticket and drive around the track in your own car. That’s like a motorsport fan’s ultimate dream

The icing on the cake is that Callum Ilott and Mick Schumacher, the top names in F2, will be driving in FP1 for Alfa Romeo and Haas respectively.

Schumacher will be taking the place of Alfa Romeo driver Antonio Giovinazzi while Illot will be driving Romain Grosjean’s Haas car.

What a great opportunity for the up and coming young drivers!

F1 practice session canceled in Germany, no first drive for Michael Schumacher’s son Mick. It was supposed to be his first official drive as part of a Formula One race weekend.

Low cloud and mist made for poor visibility around the Nürburgring track and it was declared unsafe for the medical helicopter to take off before time ran out for the 90-minute session. The helicopter is required under F1 safety rules and must be able to fly any casualties to the hospital at high speed.

Being fan of the F1 Legend Michael Schumacher, my hero, it’s indeed a proud moment to see his son Mick debut into F1. Hope to see the son rise up to the father’s glory in F1 soon. 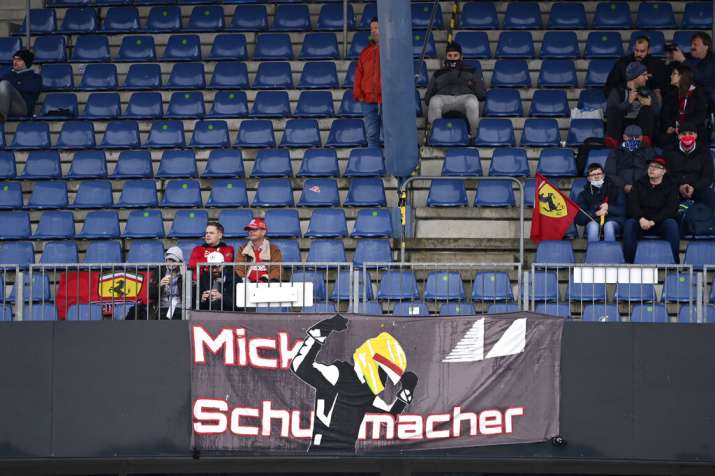 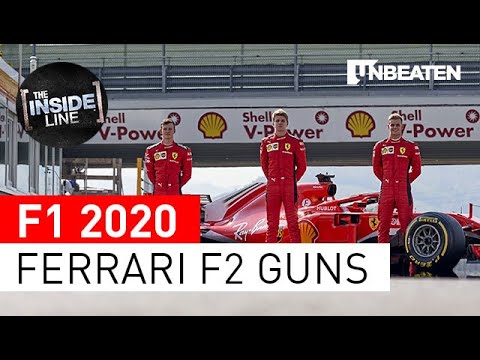 Mick Schumacher: Is It Just His Surname? 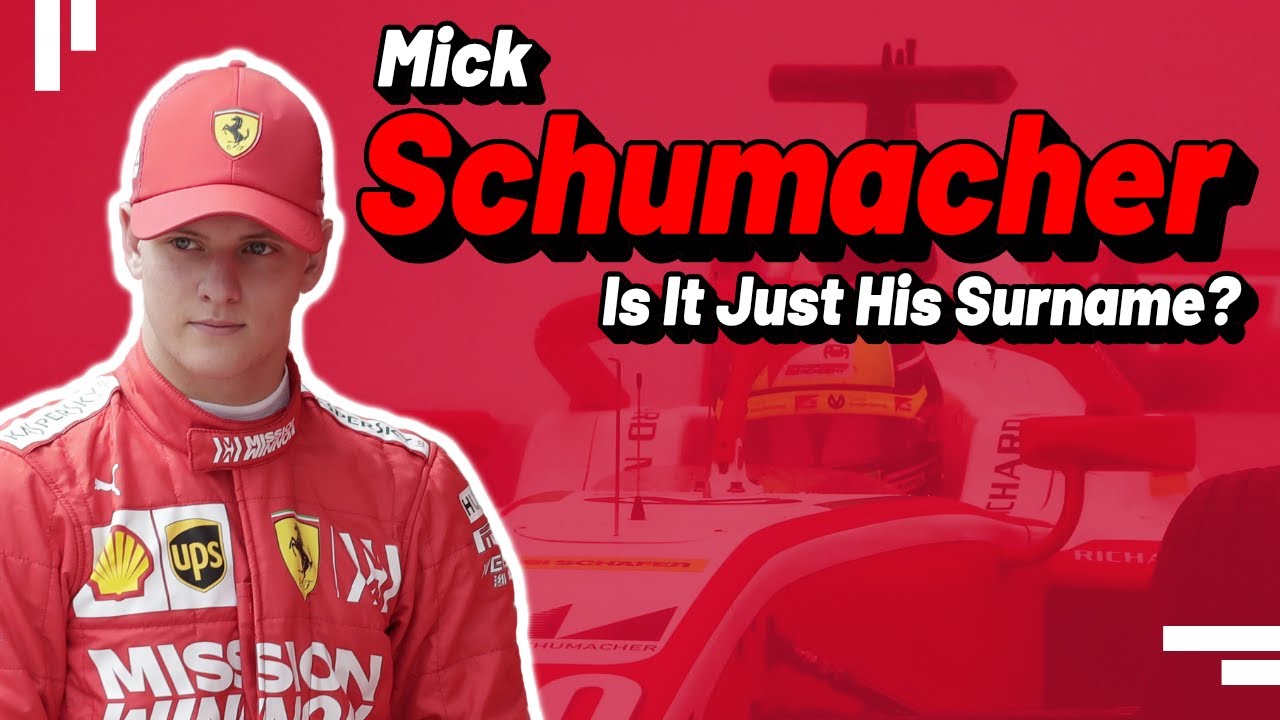 After Free Practices 1 & 2 were cancelled, it was a relief when it was announced that FP3 would continue as scheduled. 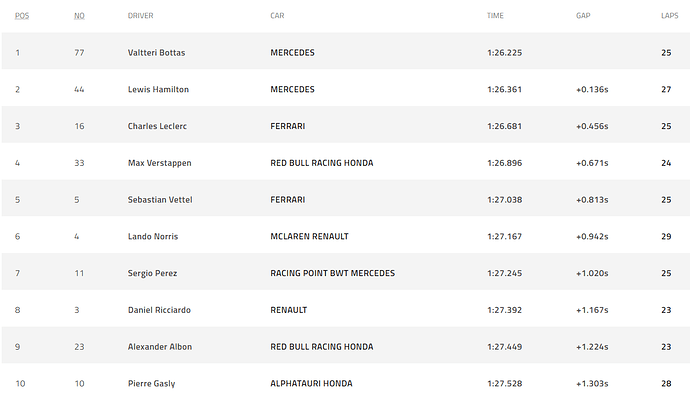 The Ferraris really powered through during the session, finishing 3rd and 5th fastest.
Bottas took P1, per usual, followed closely by his teammate.

Racing Point driver Lance Stroll did not take part in the session due to an illness, leaving Perez to be the only RP driver on the grid. Perez finished 7th, right after McLaren’s Lando Norris.

The practice round was relatively uneventful. Hopefully the race tomorrow will make up for it! 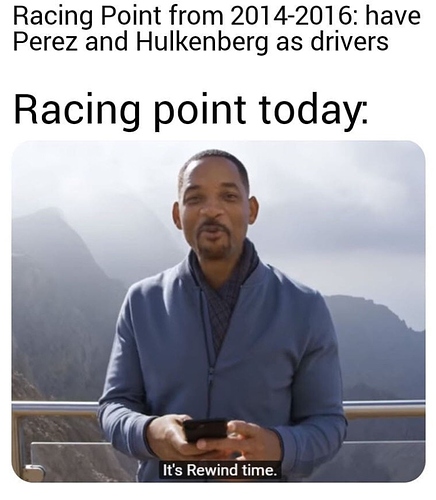 The Hulk is BACK AGAIN!

After Lance Stroll sat out the FP3 because of health issues, Nico Hülkenberg will be taking his place on the grid on Sunday. This is the second time he’s replacing a Racing Point driver this season, the first being when he took Perez’s spot when the latter was bedridden with Covid-19. 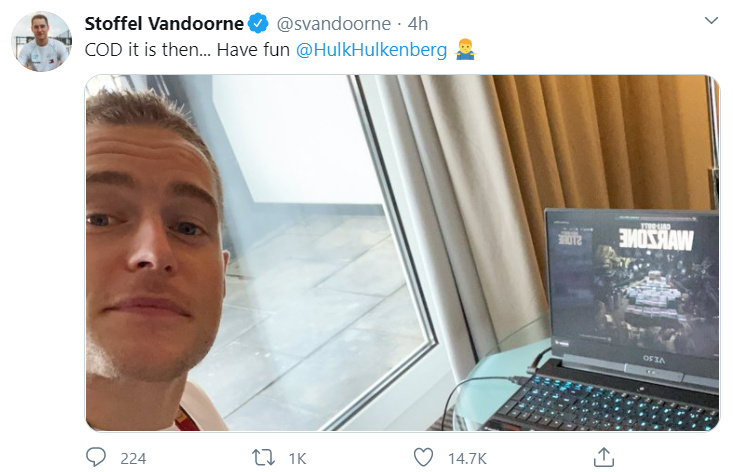 Meanwhile, Racing Point’s assigned reserve driver, Stoffel Vandoorne, tweeted this today after he was once again put on the back burner in favor of Hülkenberg. It’s ok Stoffel, you’ll get there one day!! 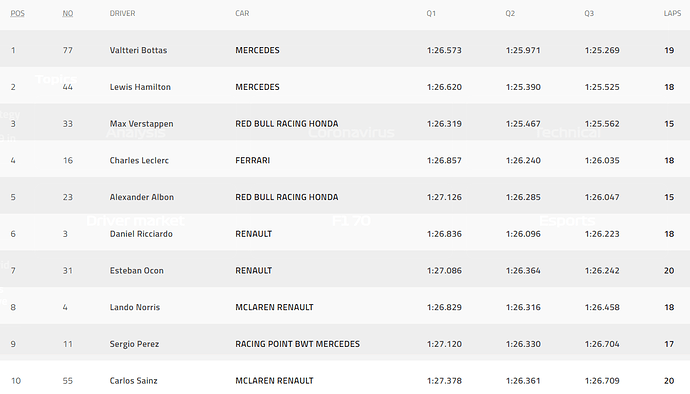 Leclerc seems to be making the best of the upgrades to his SF1000, starting P4 in the race. His teammate, on the other hand, missed out on Q3 by 0.374s and will be starting P11.

Sandwiching Leclerc’s Ferrari are Red Bull’s Verstappen and Albon, who will be starting P3 and P5 respectively.

The two Renaults followed behind Albon’s Red Bull, with Ricciardo in P6 and Ocon in P7. A little over a tenth of a second behind Ocon was Norris, who will start P8, while his teammate will start P10.

Racing Point’s Sergio Perez will be starting P9, while Hülkenberg will start P20- a rather disappointing start to his return to F1 this race.

Williams’ George Russell is the first retirement of the race after he crashes into Kimi Raikkonen at Turn 1 during the 14th lap of the race.
The crash launched the car into the air, but Russell is unharmed. His car, on the other hand 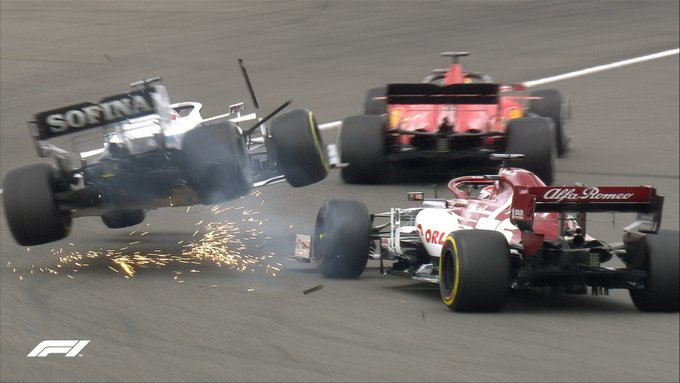 The virtual safety car was deployed and Raikkonen was given a 10 second time penalty for causing the crash.

Kvyat and Albon crash during the 17th lap, tearing Kvyat’s front wing off completely.
The yellow flags were brought out as the debris was cleared from the track.

Kvyat didn’t retire from the race, as everyone expected him to, but instead came back after a 10.4s pitstop, where his entire front wing was replaced.

Pole-sitter Valtteri Bottas is the second retirement of the race as he loses power in his car in the 19th lap.

Halfway into the race and we already have FOUR DNFs as Alex Albon pulls in for a pitstop to serve his 5s time penalty, but surprises everyone by retiring the car instead due to a suspected engine problems. I’m starting to see a pattern here…

Meanwhile, Lando Norris lost power while he maintained P3 and made a brilliant comeback after a quick tire change. Go on Lando, you’ve got this

McLaren’s Lando Norris has become the 5th retirement of the race after maintaining P6 for nearly 15 laps after his pitstop. He pulled over to the side of the track, where the engine of his car was clearly smoking.

The safety car was deployed when the yellow flags were brought out. 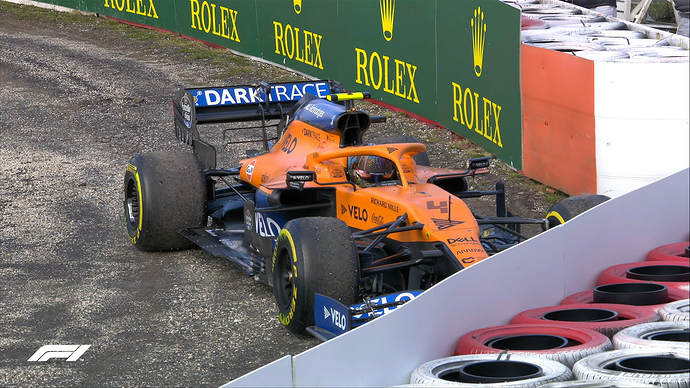 Props to Norris for holding out for so long 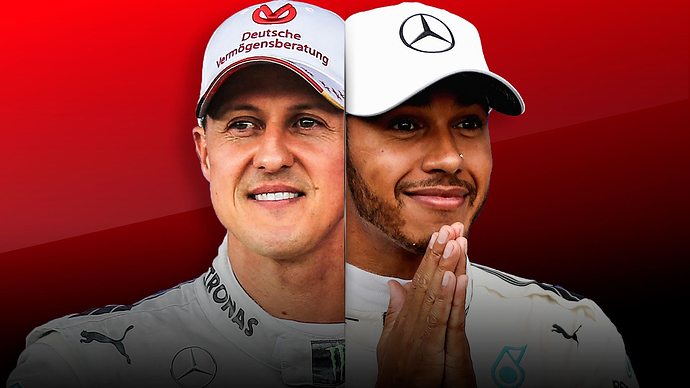 Max Verstappen came in second place, 4.47 s behind Hamilton. He set the fastest lap of the race at 1:28.139s, which was also the lap record at Nürburgring

Daniel Ricciardo stayed true to his promise to Renault and FINALLY achieved his first podium since Monaco 2018, coming in P3. Looks like Cyril needs to start mentally preparing himself for a new tattoo!

Sergio Perez put up a great fight for P3, but eventually ended up in P4. Carlos Sainz followed closely behind, finishing P5. 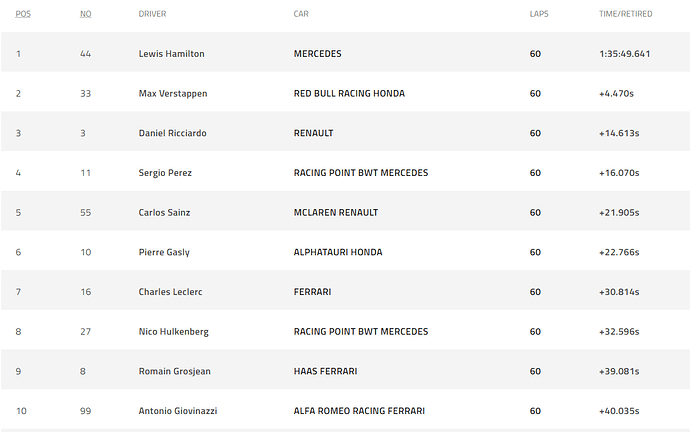 Meanwhile, the Hulk may not have won his podium, but he definitely won the fanbase’s heart. He won driver of the day by a whopping 34.7%. He truly deserved it: with no practice and starting last on the grid, he finished an impressive P8! Someone get the man a permanent seat on next year’s lineup

Meanwhile, Racing Point’s assigned reserve driver, Stoffel Vandoorne, tweeted this today after he was once again put on the back burner in favor of Hülkenberg. It’s ok Stoffel, you’ll get there one day!!