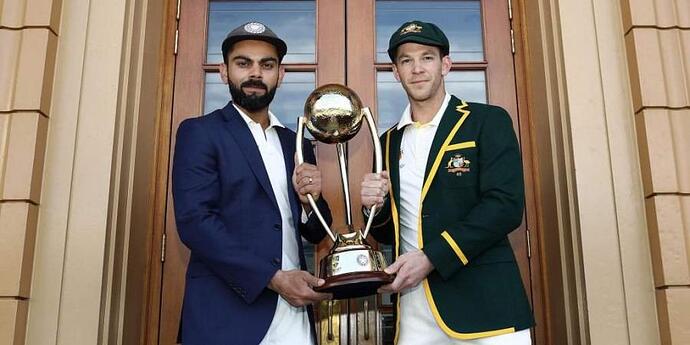 The India-Australia rivalry will move ahead as the two teams will square off in the longest and purest format of the game.

The Border-Gavaskar Trophy, as the series is known as, will kick off on December 17 in Adelaide. The last time India toured Australia, they created history by defeating Kangaroos Down Under. It remains to be the only occasion when an Asian team won a Test series in Australia.

The two teams will resume the rivalry soon but don’t expect the Aussies resorting to sledging. As seen in the past couple of years, both the teams might have had some banters instead of sledging.

Before the start of the series, here’s a look at the India-Australia Test series full schedule, squads, match timings and live streaming -

The Border-Gavaskar Trophy will kick on December 17. The opening Test is a day-night contest and will be played with pink balls. Australia have played seven pink-ball Tests while India have only participated in one.

Following Adelaide, the action will move to Melbourne Cricket Ground, which will continue to host the:

Both the teams will miss some key players during the series. Starting with India, Virat Kohli will return home after the opening Test match. Ajinkya Rahane will lead the visitors in his absence. Rohit Sharma will soon fly to Australia and will be available for selection after the 2nd Test match. The BCCI will take a final call on his availability after he completes the 14-day isolation period.

Australia are confirmed to miss the services of David Warner and Will Pucovski, who was to make his debut in the opening Test. There are also doubts over Cameron Green’s availability for the opening Test.

The India-Australia Test series will be live on Sony Six, Sony Ten 1 and Sony Ten 3. It can also be live-streamed on Sony Sports Networks’ digital app, Jio TV and Airtel TV. 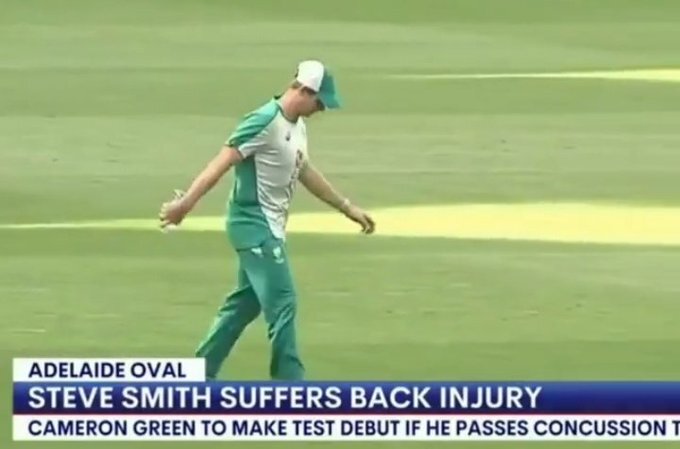 Shaw is said to play too many shots and many are labelling it as a drawback. But, personally I see it as a positive. I will only say one word in my advocacy, SEHWAG!

Who you guys are rooting for?

Only 4 Current Indian players with 50+ Test Average in Australia

I think KL Rahul should open with Mayank Agarwal. KL Rahul has had an amazing experience in scoring big during the IPL and a decent form in Australia. Although some may argue that his performance in IPL shouldn’t be a factor to decide test match. I still think it is a better option than taking chances with Shaw or Shubman.

Shaw is out of form and Shubhman too is not reliable. Shaw has failed to score in the two warm-ups, his best being a 29-ball 40 in the first innings of the second warm-up. Shubman too in the first warm-up test, played as opener with the red ball, where he got a duck and a 29.

I also think Shubhman Gill / Shaw can be given the opening chance in the 2nd test after having made a strong start with a confidence boosting 1st test win.

Rohit Sharma will be available for 3rd and 4th test match and he will be the best to partner with Mayank.

Here is a preview from my favorite commentator / expert - Harsha Bhogle!

“The more India thinks about the absence of Kohli, the more in trouble India will be, then that being the test” - Well said Harsha Bhogle!

Here’s Harsha Bhogle with his preview for the much-awaited Border-Gavaskar Trophy 2020-21.
Can India do an encore of 2018-19 without skipper Virat Kohli in three Tests? Does the return of Steve Smith and David Warner put Australia in the driver’s seat? 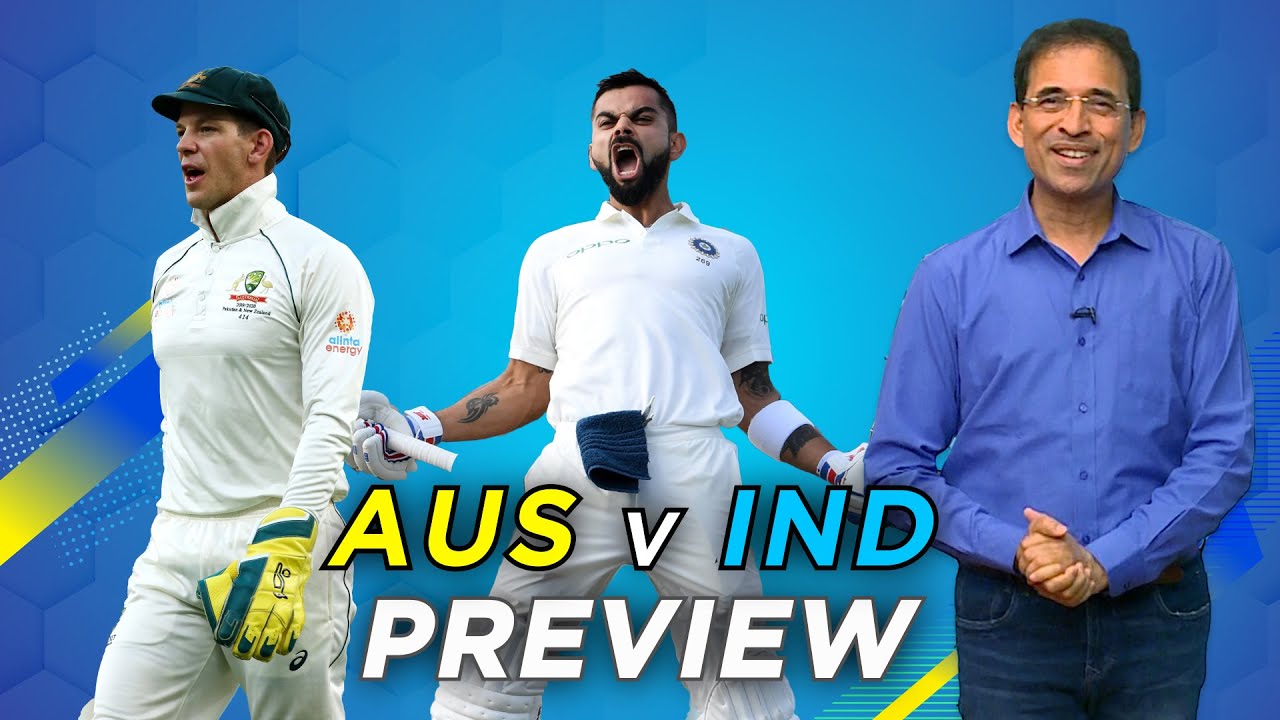 Australia legend Shane Warne said that Virat Kohli is the best batsman in the world and India will miss his batsmanship after the first Test in the Border-Gavaskar series.
Shane Warne also backed Australia to win the Border-Gavaskar Test series 2-1 against India. Warne said that the current Indian team is one of the best sides in the world but Australia will have the edge in home conditions. 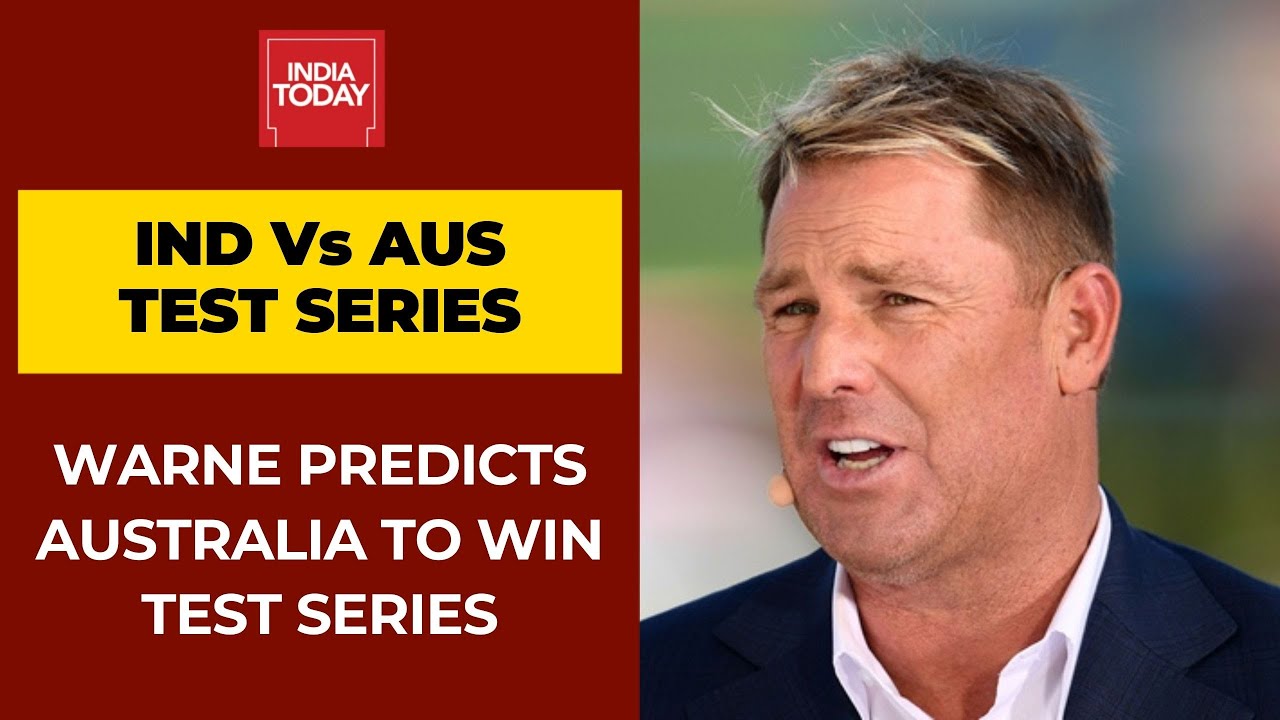 Virat Kohli will return home after the first Test and will be missing rest of the test series (three Tests).

Kohli and his wife Anushka Sharma are expecting a child in January, and Kohli has been given permission by the Indian cricket board to be at the birth of his first child.

Kohli’s absence is considered a blow to broadcasters and cricket chiefs already feeling the effects of a pandemic-affected year.

However, I think it will be interesting to see team India’s performance in his absence.

Only 1 day left for Border-Gavaskar Trophy! Can India repeat history by retaining the cup? It’s time to preview the first Test match of Australia vs India. Kohli ki Toli who’ll be playing only their 2nd Day and Night Test game while Australia have already played 7 will find it challenging to say the least to beat the hosts under the circumstances. What are the 3 main issues India need to resolve to win the Test Series? Who can replace Ishant Sharma as the 3rd pacer? Saha or Pant? Who should be India’s keeper? Let’s find out on today’s episode of Cricket Aakash.

Who will pick up more wickets in the Australia vs India Test series? Jasprit BUMRAH or Josh HAZLEWOOD? 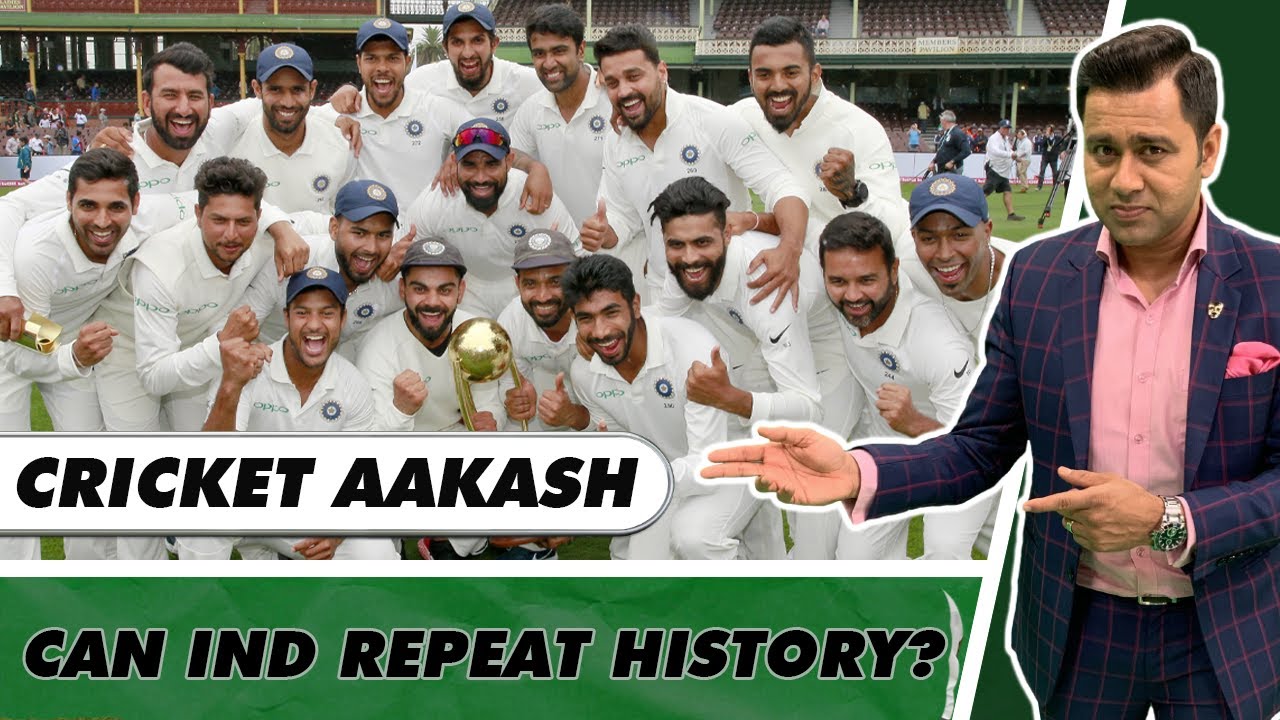 Cricket superstars Steve Smith and Virat Kohli sit down for a special Q&A to launch the Vodafone Test Series. 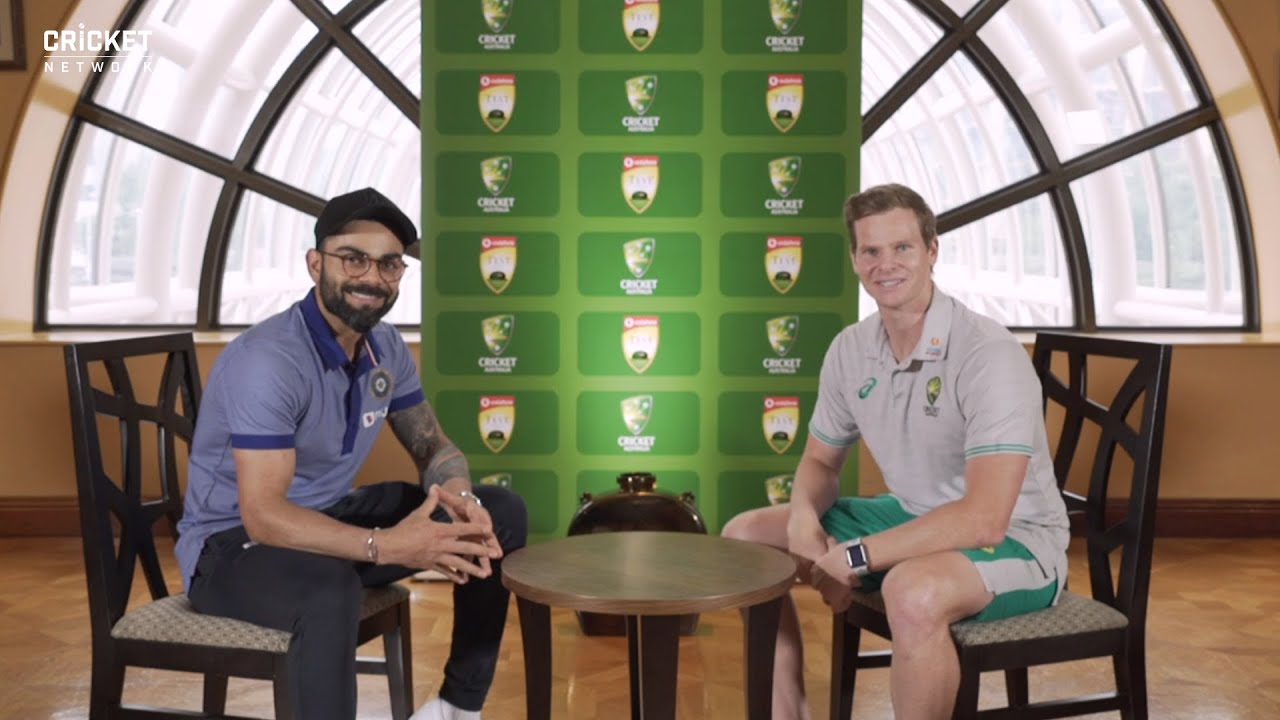 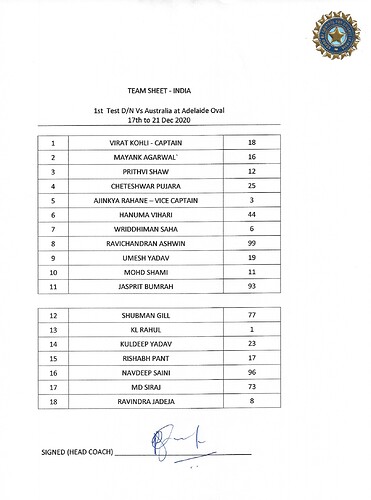 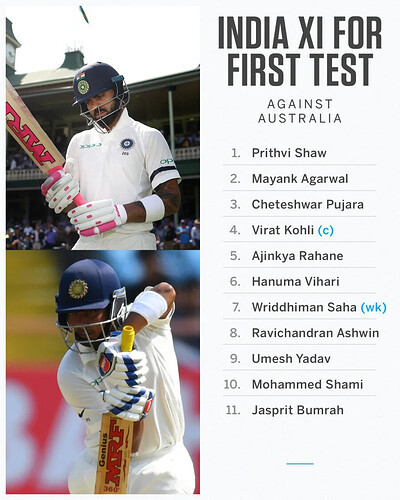 I would favor Pant instead of Saha. It was a toss up between Rahul. Shaw and Shubhman. Shaw rightfully taking his spot back. Rahul had one point in his favor though, He is most likely to take Kohli’s spot in 2nd test.

Shaw is out of form

Frankly speaking, I am not surprised at the score so far! 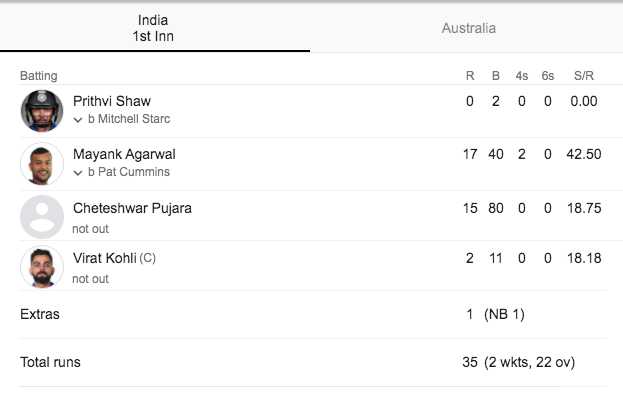 India finish the day on 233/6 with Ashwin and Saha still batting. The day has belonged to Australia. India won the toss and opted to bat but lost Shaw in the first over. Mayank fought for a while but it was Kohli and Pujara who kept the brilliant Australian bowlers at the bay for a long period of time. The fortunes swung when Rahane messed up his call and gifted Australia the wicket of Kohli.

From there on Australian pacers dominated as the second new ball helped them pick up the wickets of Rahane and Vihari. Ashwin and Saha are reliable players and India would hope they could take them to a par first innings total tomorrow.

Kohli was run out for 74 after Kohli run out in horror mix-up with Rahane. 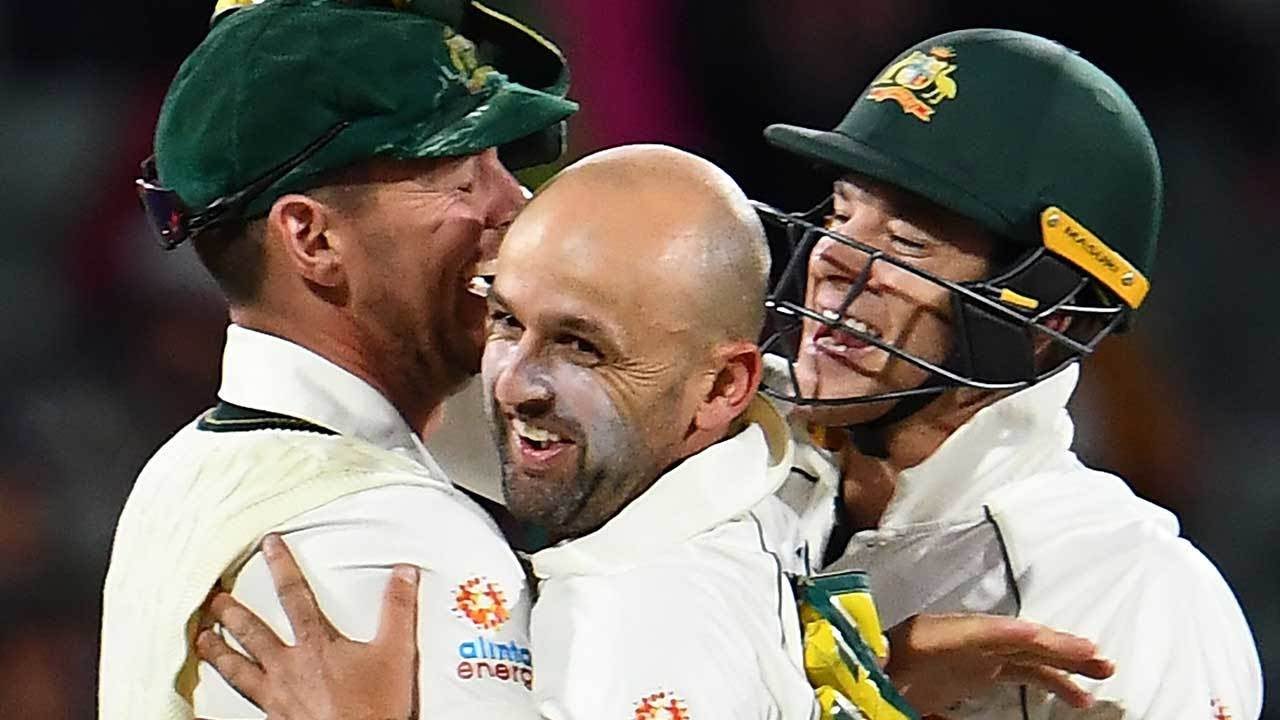 India ended Day 2 with a score of 9/1 in their second innings, take a 62-run lead against Australia in the opening Test in Adelaide.

Earlier, Australia were bowled out for 191 in the first innings. Skipper Tim Paine was the highest run-scorer for the hosts, remaining unbeaten on 73 runs off 99 deliveries in an innings comprising of 10 boundaries.

Ravichandran Ashwin was the pick of the bowlers for India, accounting for 4 wickets, including the big wicket of Steve Smith. Umesh Yadav and Jasprit Bumrah completed 3 and 2 dismissals respectively.

India scored 244 runs in the first innings after winning the toss and opting to bat. Virat Kohli was the top run-getter, accumulating 74 runs off 180 balls. Mitchell Starc and Pat Cummins accounted for four and three wickets respectively. Josh Hazlewood and Nathan Lyon registered one dismissal apiece. 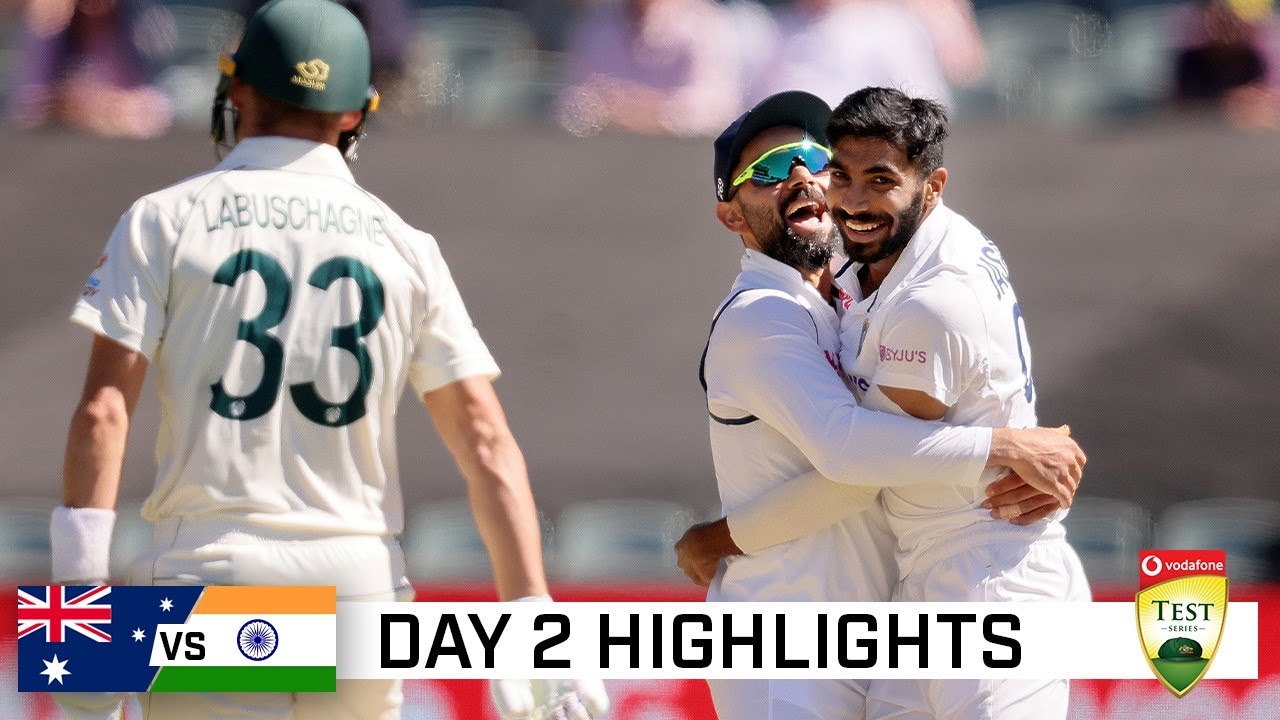 New LOW for India. India have recorded their lowest ever total in Test cricket as their startling second innings ended on 36 when Mohammed Shami was forced to retire hurt following a pathetic 36/9 in second innings.

Australian fans are unexpectedly cheering the modest chase of 90. Wade has started positively while Burns is hanging in there. 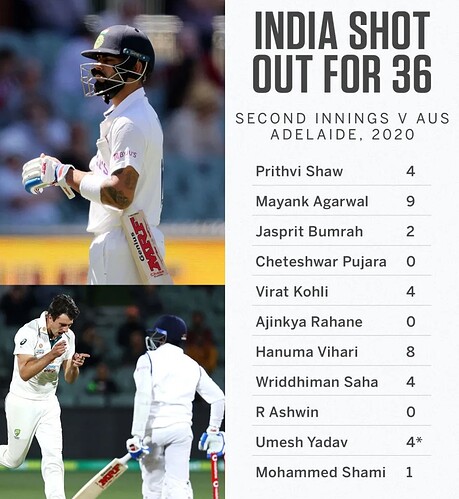 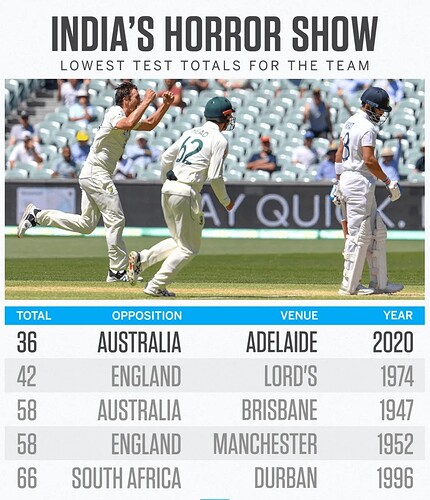 No amount of emojis will be able to express the disbelief!!

I was stunned when I checked the score!