After a subdued tennis season due to the COVID-19 pandemic, the men’s tennis season is about to culminate with the annual ATP Finals in London. The season-ending ATP Finals will kick-off tomorrow and is scheduled from November 15-22, 2020. All the matches will be played without any audience in attendance. As with every year, the finest singles and doubles players will vie for the trophy in a round-robin format followed by the semi-finals and final.

This will be the 51st edition of the ATP Finals (46th in doubles), which was first played in 1970 in Tokyo, where Stan Smith triumphed. It is the tournament’s 12th and final edition at the O2 Arena in London. Next year, it moves to Turin, Italy.

This year’s qualification is based on the ATP Rankings instead of ‘Race to London’ ranking due to a coronavirus-impacted season. 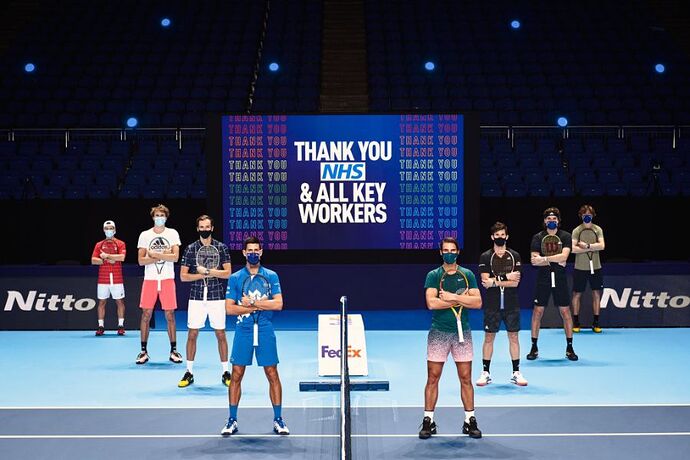 The eight singles players are divided into two four-player groups: Group Tokyo 1970 and Group London 2020. Each player faces the other group member once and the top two from each group advance to the semi-finals.

Standings are decided by the number of wins. If there is a tie, then the player which has won the greater number of matches played, followed by head-to-head. If three players are tied with one win each, then the player who has played the least matches is automatically eliminated. The tie-break from the other two is broken on head-to-head record. If that fails, too, then it comes down to the highest percentage of sets won or games won.

Let’s share and discuss the day by day results and information on this thread. 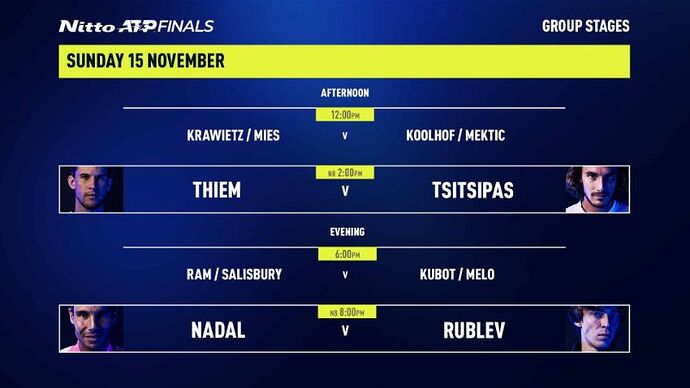 The Doubles Groups are set!

The teams are separated into Group Bob Bryan and Group Mike Bryan. 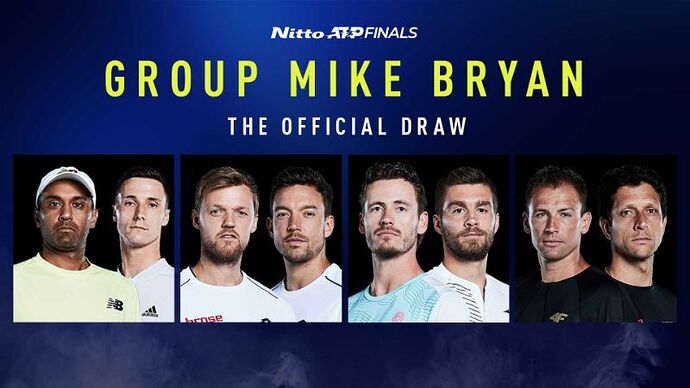 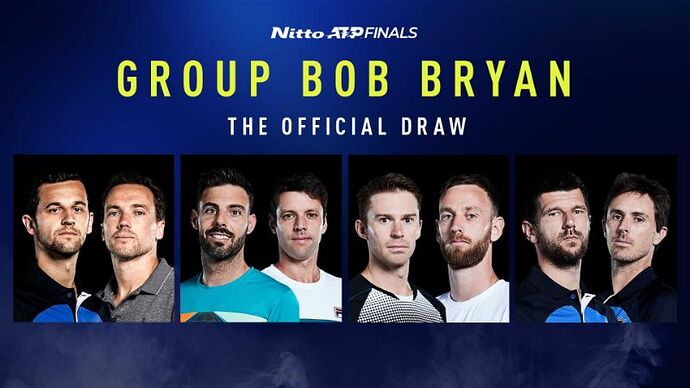 10 of the most dramatic, brilliant, and funny moment from the ATP Finals through the years. 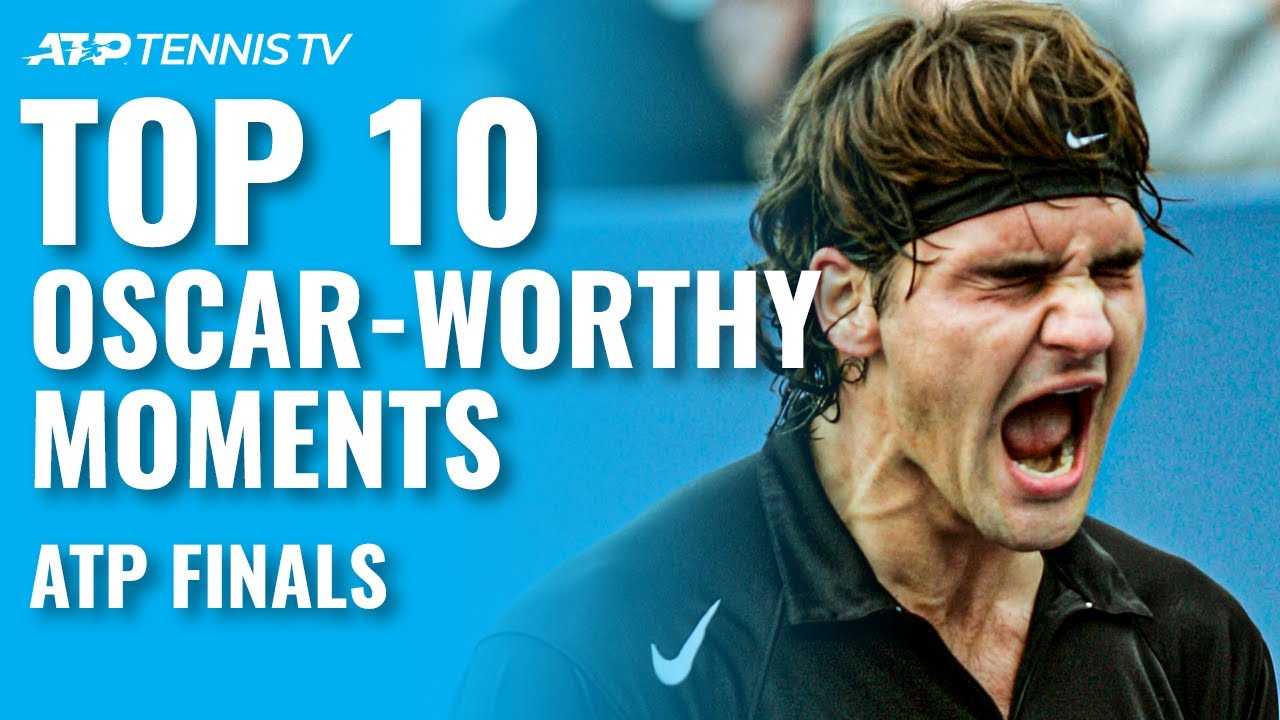 The 2020 ATP Finals, for the first time in tournament’s history, will feature electronic line-calling and video review. The lines will be called electronically by hawk-eye live as there won’t be line judges this year amid the Covid-19 pandemic and a chair umpire will oversee the action. 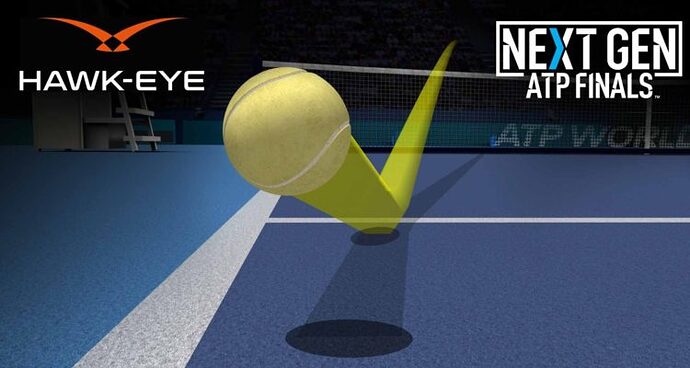 Ranked No. 8 in the FedEx ATP Rankings, Rublev, the 23-year-old Russian would appear to be an underdog against Nadal, a tennis goliath who recently notched his 1,000th career win at the Rolex Paris Masters. He charges into the event with a burst of momentum after racking up a 40-8 record on the Tour this season with five titles, including wins in Doha, Adelaide, Hamburg, St. Petersburg, and Vienna.

Nadal and Rublev have squared off just once before—a three set demolition derby for the Mallorcan at the US Open in 2017. But Rublev version 2020 isn’t the same product as Rublev 2017, and indoor courts are Nadal’s least favourite stomping grounds. The Clay King has never won the Nitto ATP Finals and has taken just two career titles indoors.

Djokovic Honored With Year-End No. 1 Trophy

Among past players, only Pete Sampras has managed to finish six years on top of the rankings which he did between 1993 and 1998. 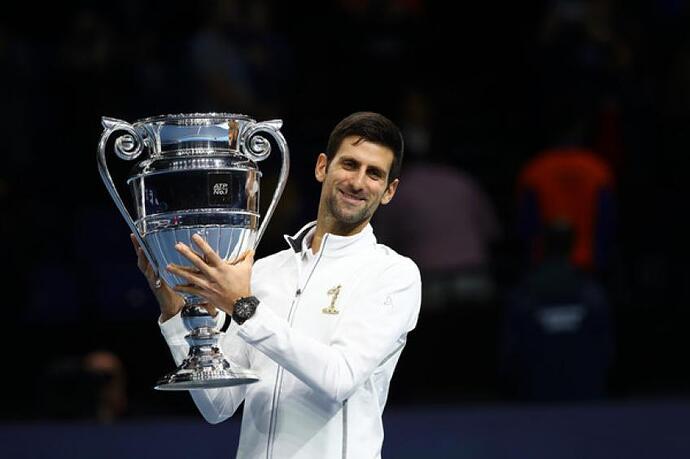 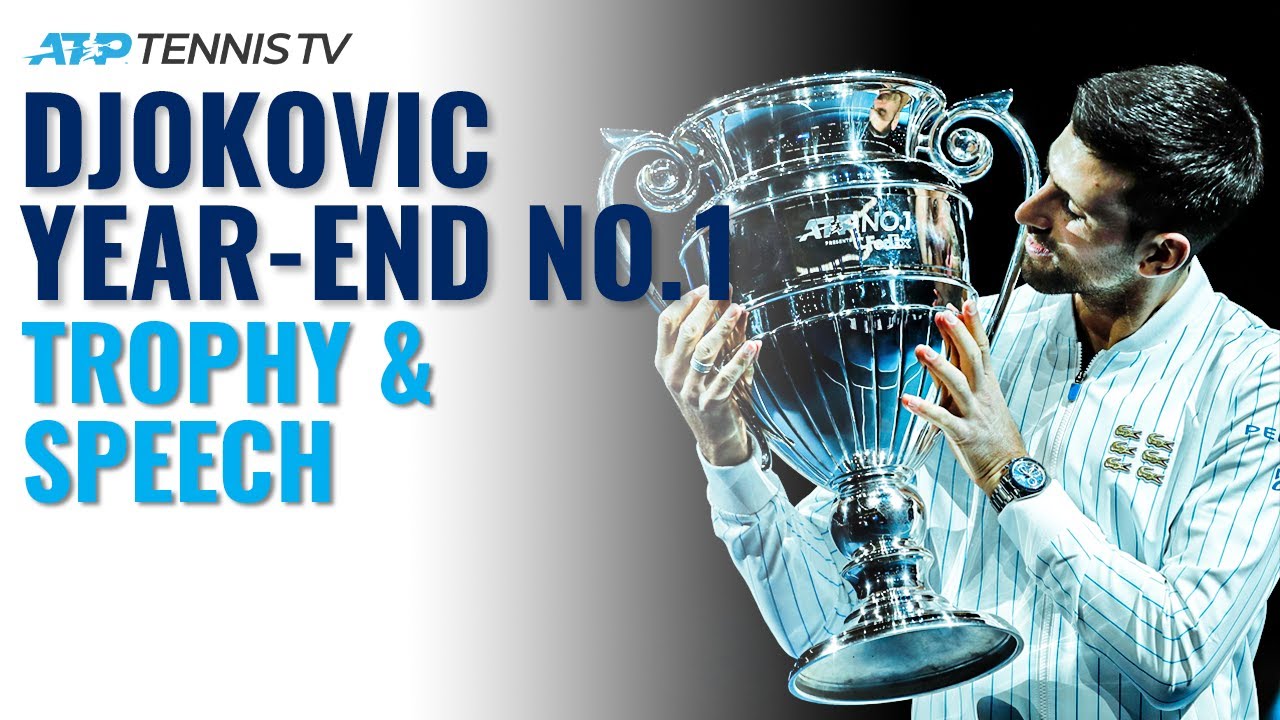 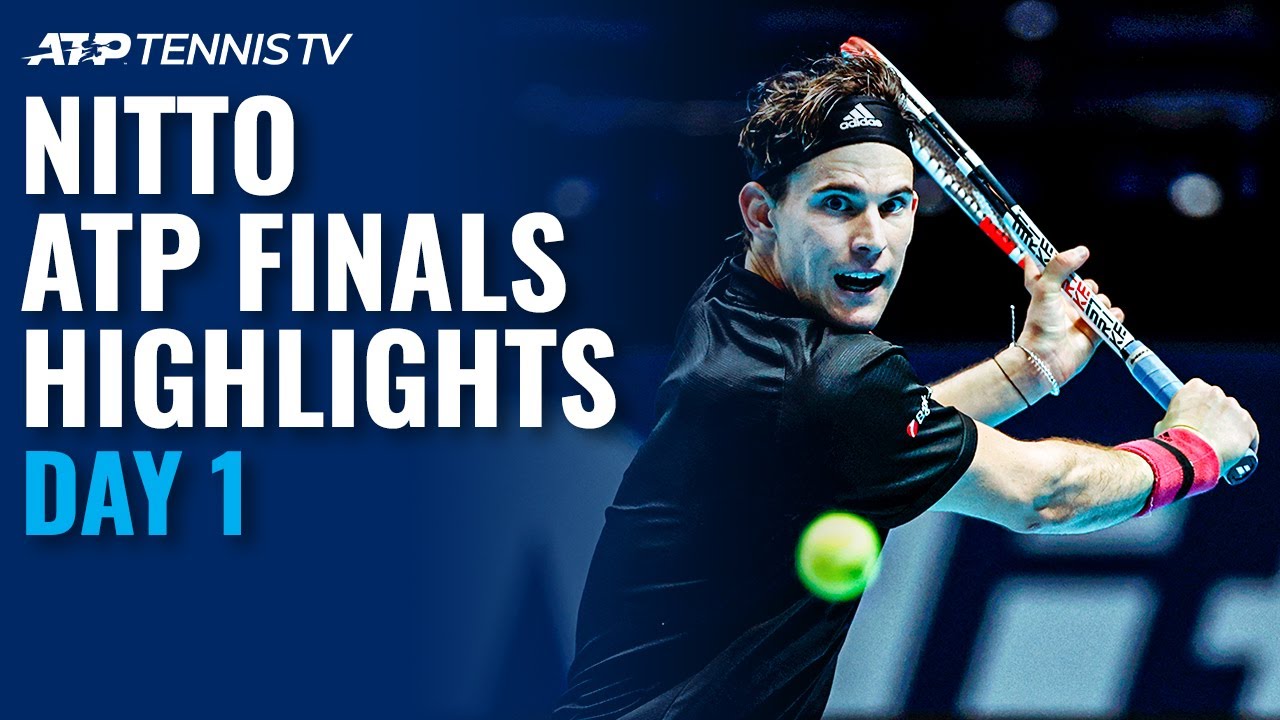 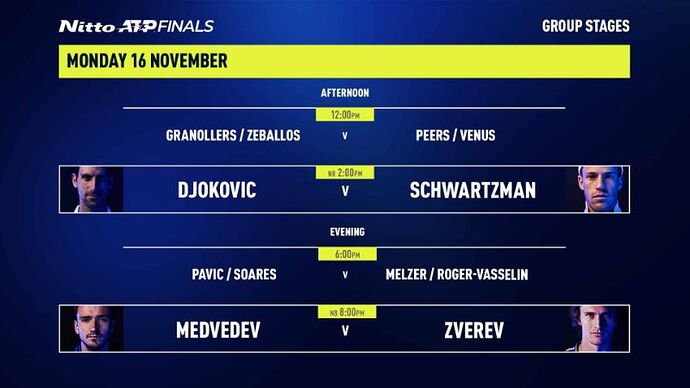 Diego and Novak have never squared off on an indoor court before.

It’s been a year of firsts for the Argentine. He’s notched his first Top 5 win, his first ATP Masters 1000 final, first major semi-final appearance, and made his debut in the Top 10, among other accomplishments. But beating six-time ATP Finals champ Novak Djokovic would be his most impressive first of the season. The Serb has been lethal at the event, racking up a 36-14 career record over 13 appearances with titles in 2008 and 2012-2015.

Zverev holds a 5-2 ATP Head2Head edge in their rivalry, but the Russian has taken two of the past three encounters. Zverev has played in the Nitto ATP Finals four times, compiling a 7-5 record while winning the event in 2018, when he beat Roger Federer. Last season, Sascha lost in the semi-finals of the event to Dominic Thiem.

Medvedev qualified for the first time last year and went 0-3, though he held a match point against Rafael Nadal.

The players have a lot in common. Born 10 months apart, they’re both right-handers with two-handed backhands who stand 6’6” (198 cm) and live in Monaco. Both have Russian parents, Sascha’s from Sochi, Daniil’s from Moscow, and root for the Bayern Munich football club.

Interesting STAT - Will Djokovic do it? 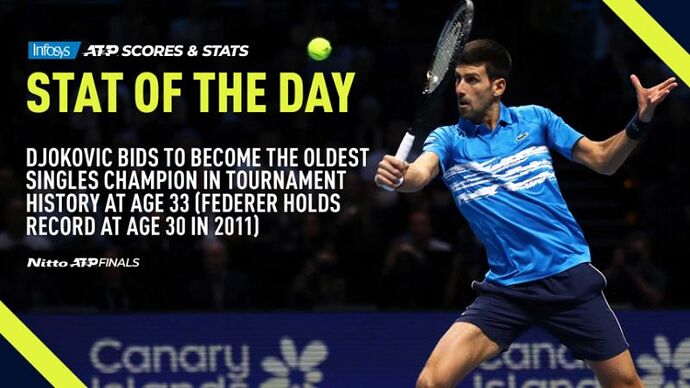 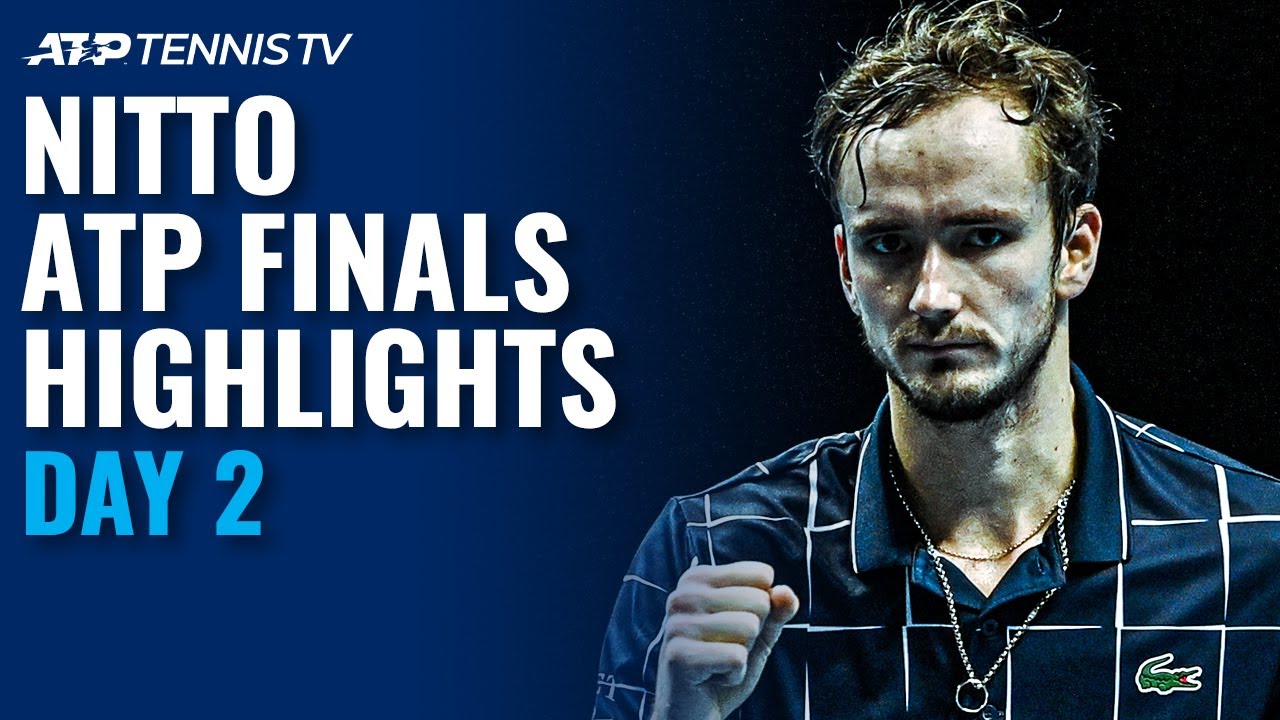 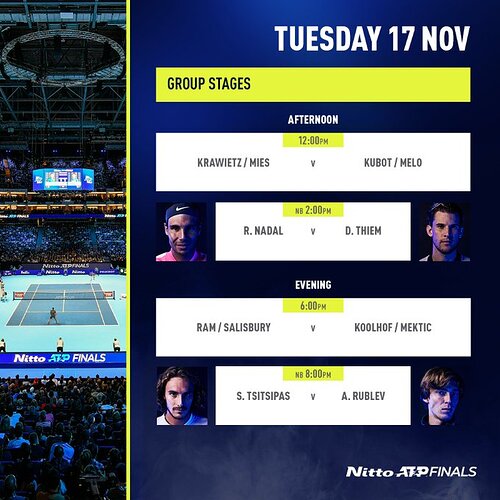 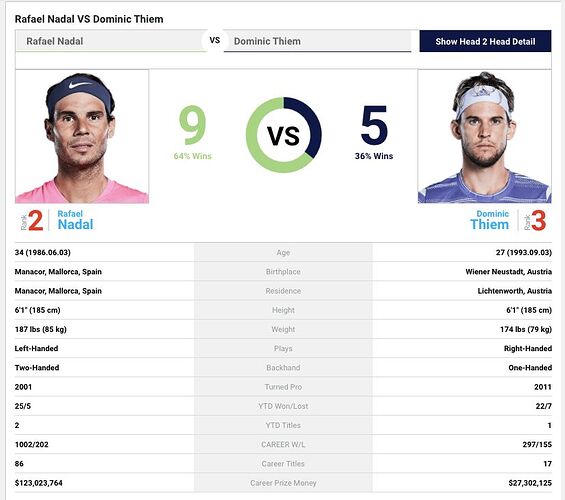 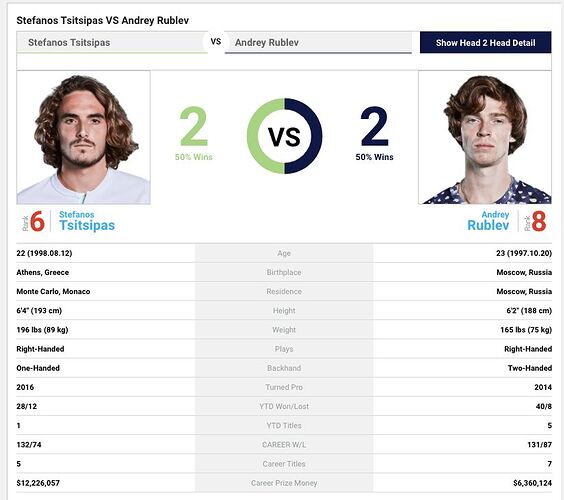 Nadal saw off Andrey Rublev in straight sets in his first match on Sunday, but the 34-year-old was unable to cope with Thiem’s power and poise. Now Nadal has to do it the hard way if he is to land the biggest prize missing from his trophy cabinet after losing the 2010 and 2013 finals at the prestigious season-ending event. 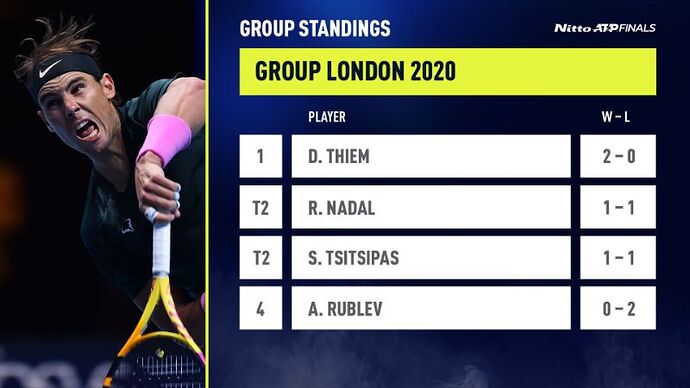 Thiem wins the group & advances to the semi-finals

Rublev is eliminated from contention

Nadal & Tsitsipas will play for the second semi-final spot 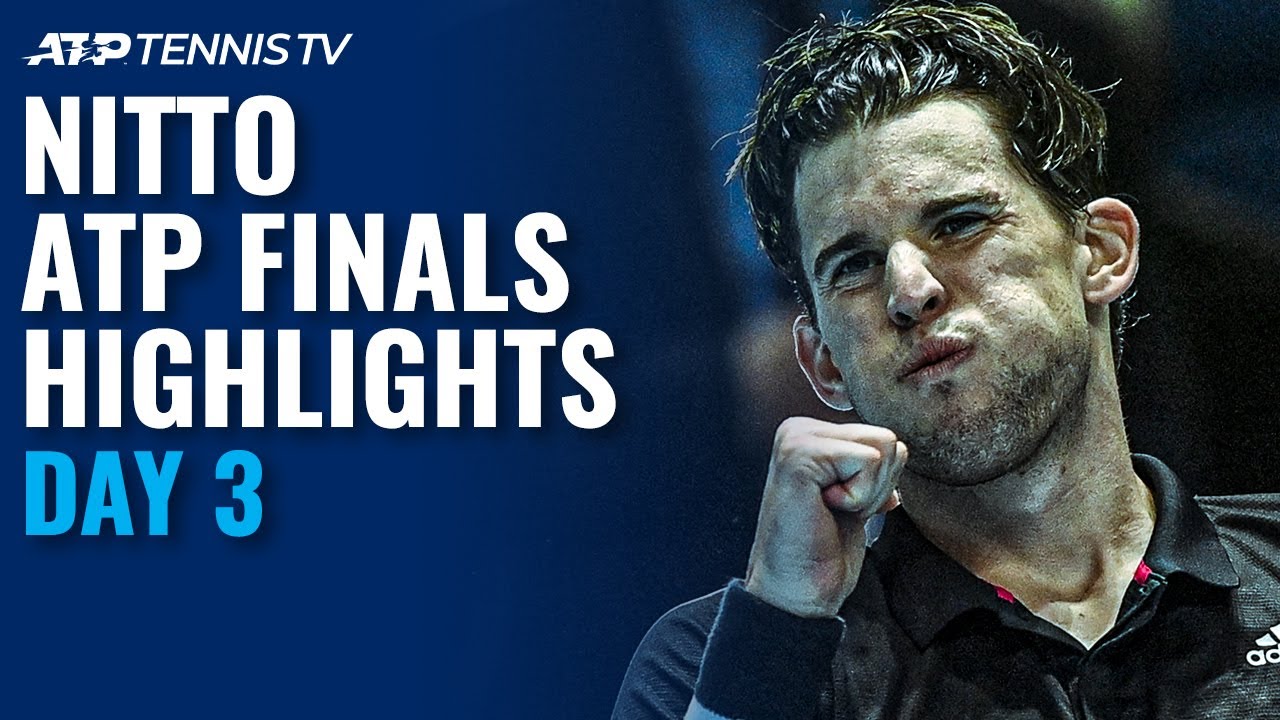 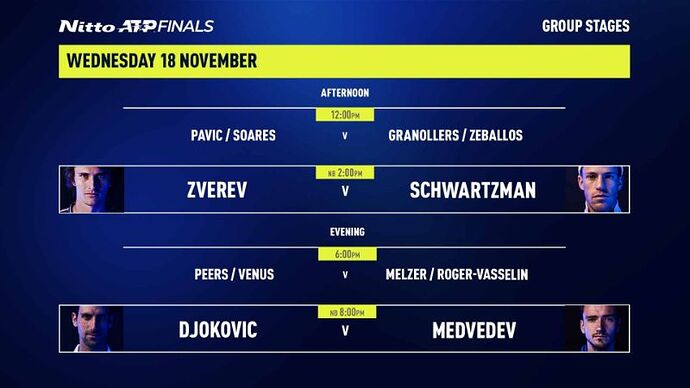 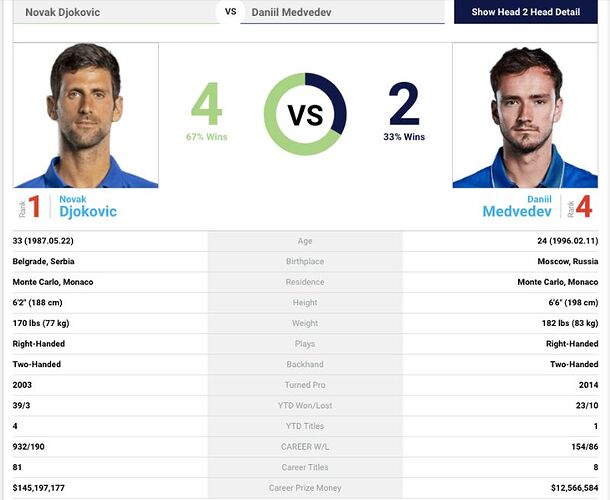 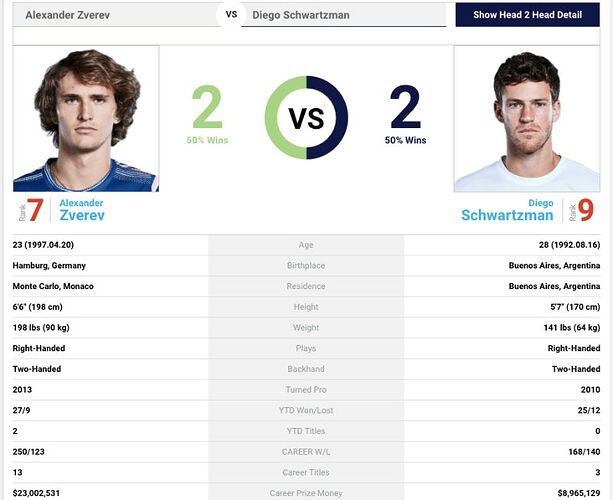 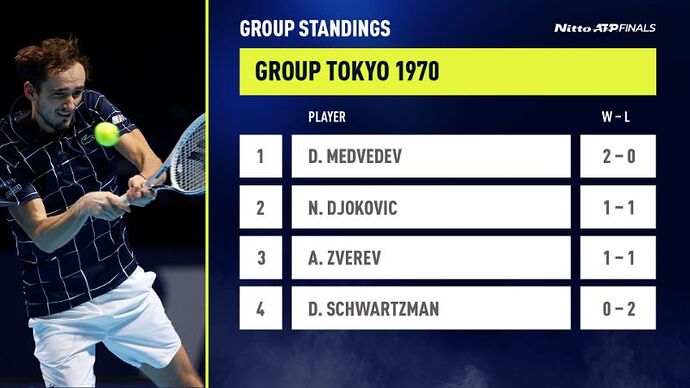 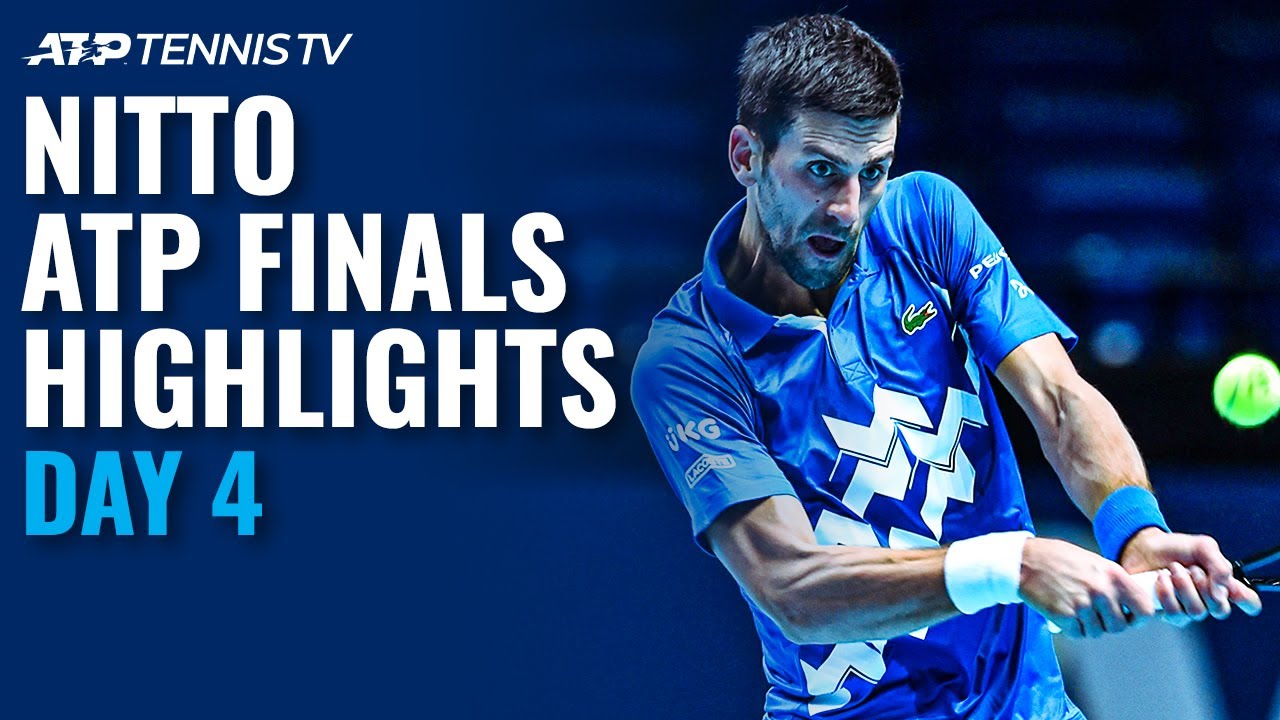 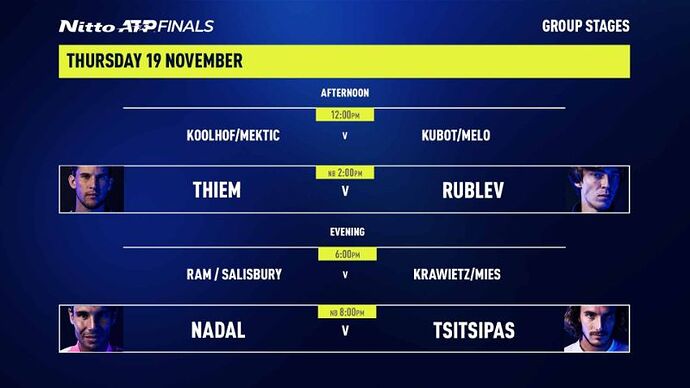 Nadal is into the semi-finals at this event for the 6th time as he continues his pursuit of a maiden title at the year-end championships.

The final standings are set for Group London 2020 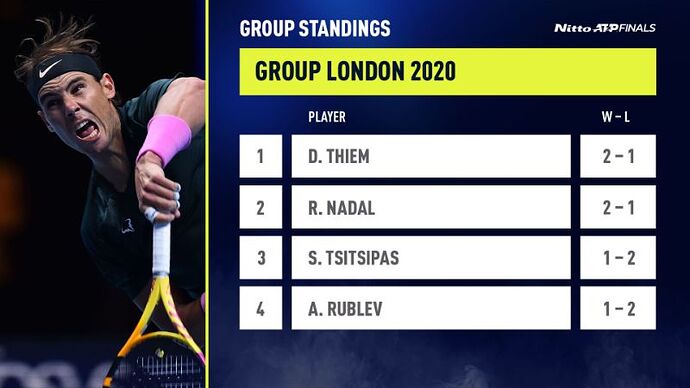