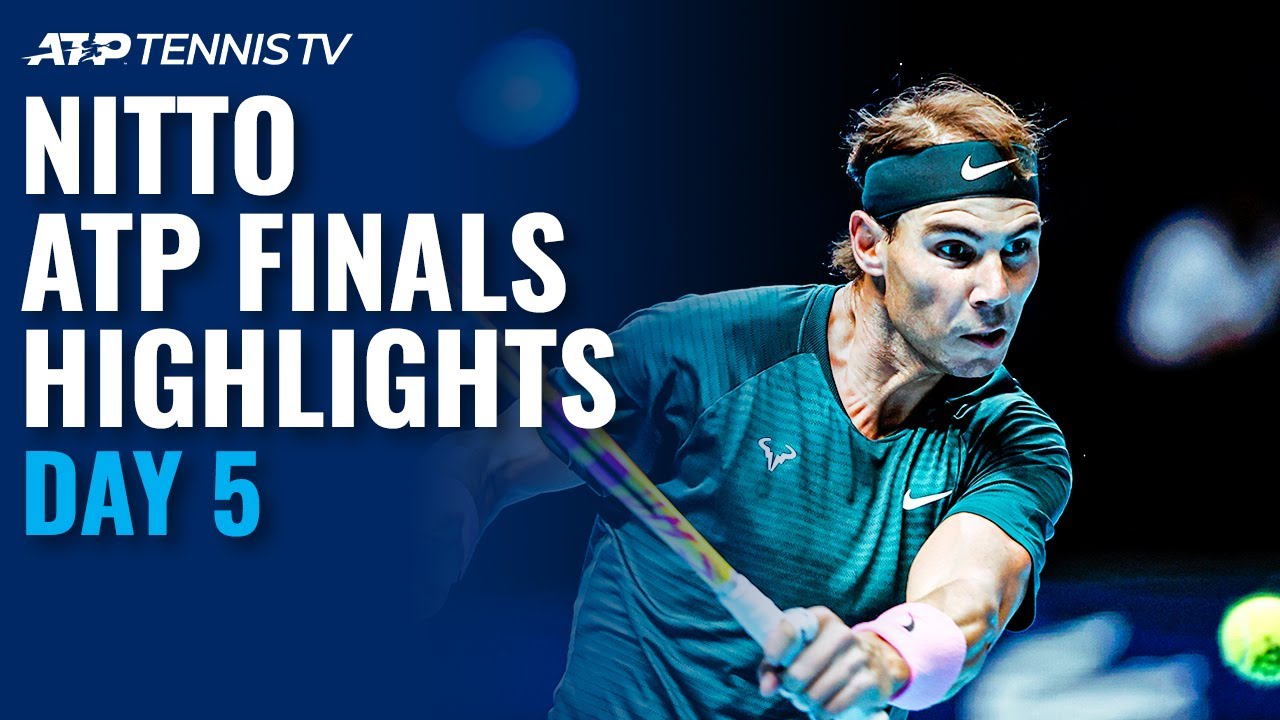 The remaining semi-final spots will be decided today.

Who do you think will join Nadal & Thiem in semifinals? 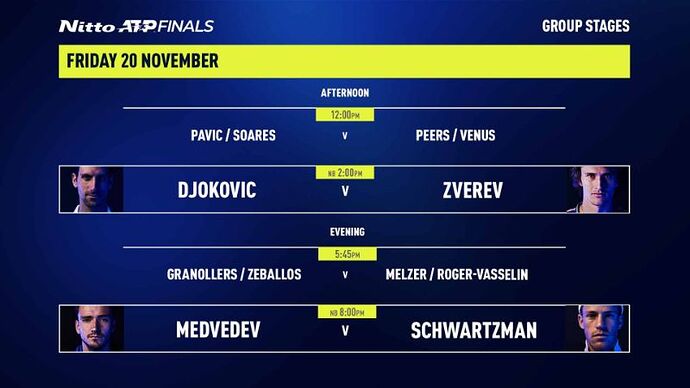 A virtual QF between Djoker and Zverev today. This could have been a straight prediction if not for flat form of the Djoker. Also, Zverev has surprised us by defeating Djoker in crunch matches in the past. Let’s see what happens today! 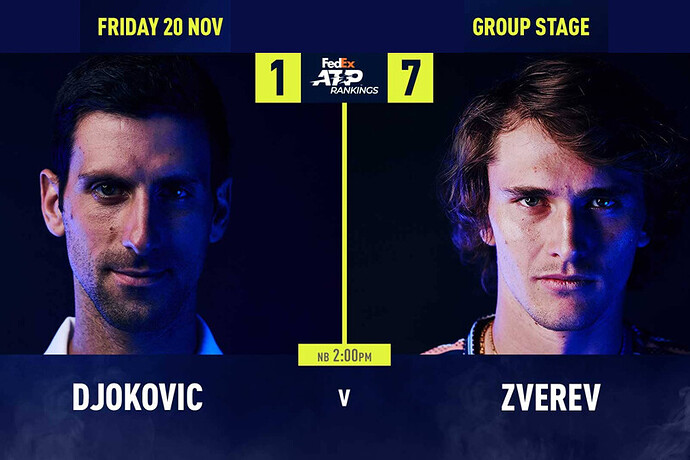 The final standings for Group Tokyo 1970 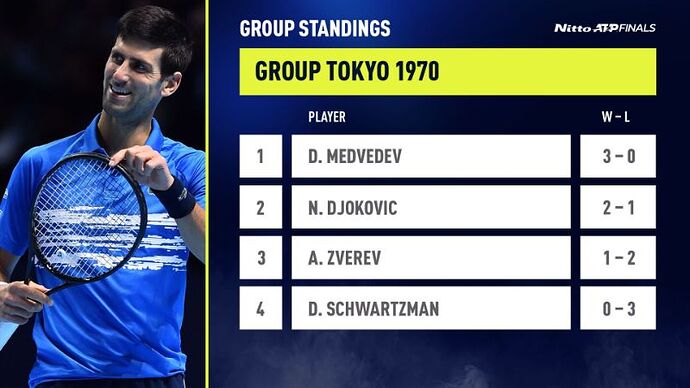 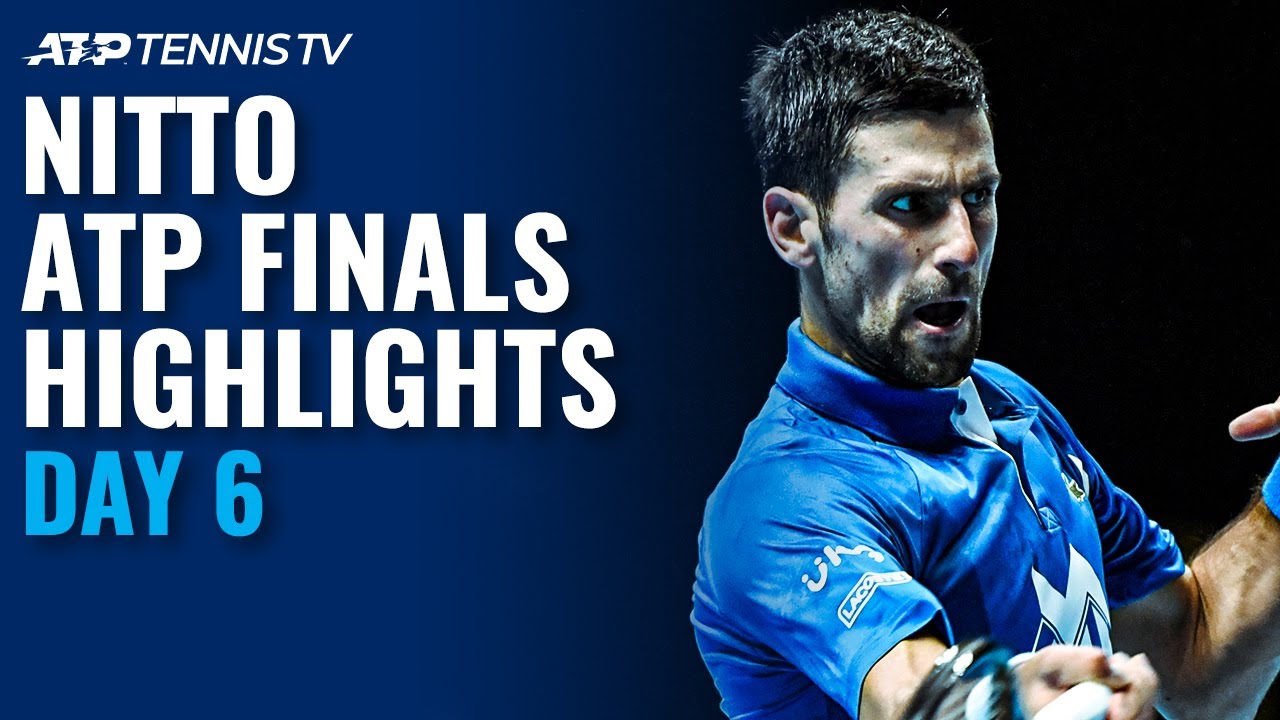 The semi-finals are set! 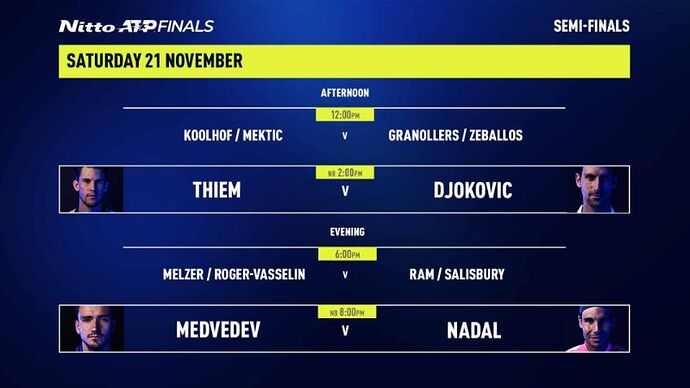 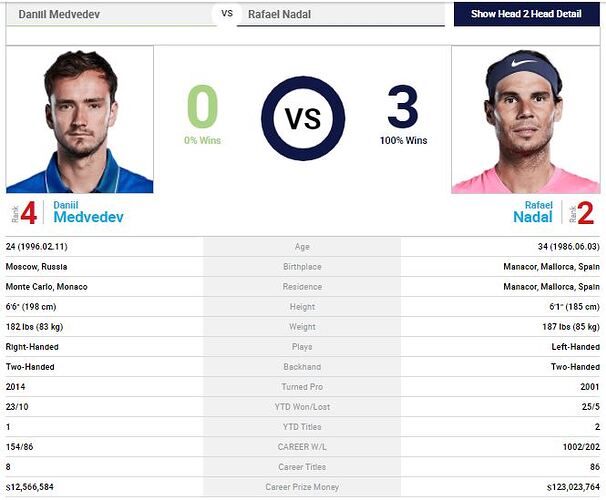 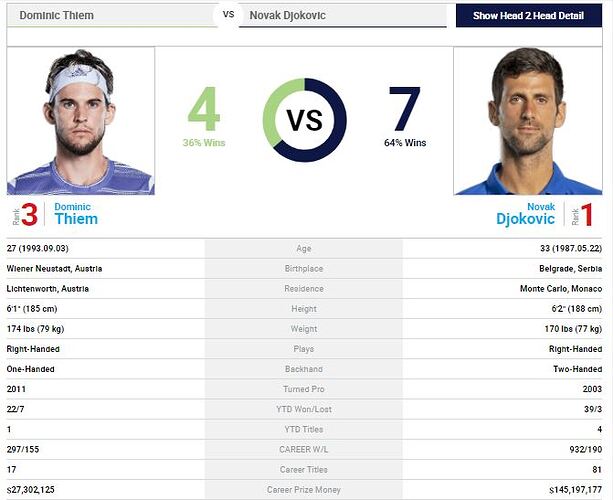 Semi Finals tonight! Who will the Finals from here?

Nadal, who has qualified for the ATP Finals for the 16th consecutive year, has surprisingly never won the indoor hardcourt event.

Can Nadal break the jinx? 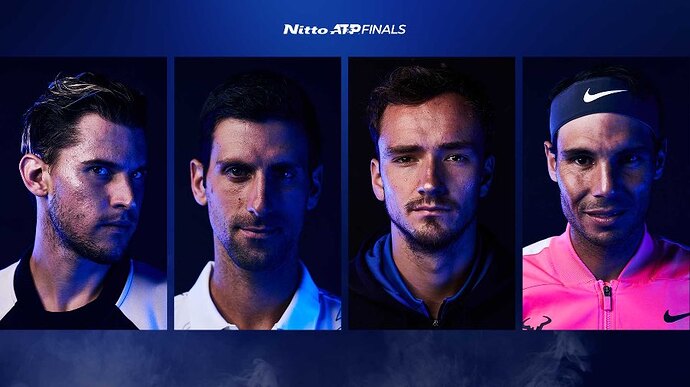 Medvedev and Thiem are both attempting to capture their first Nitto ATP Finals crown. Thiem is playing amazing right now, won the US Open, his first grand slam and he has more wins (17) at the majors than any other player this year. Expectations are also high on Medvedev after his semi-final win over Nadal.

The winner tonight will reveal who among this pair is most likely to threaten Djokovic’s hold on No. 1 in the future. 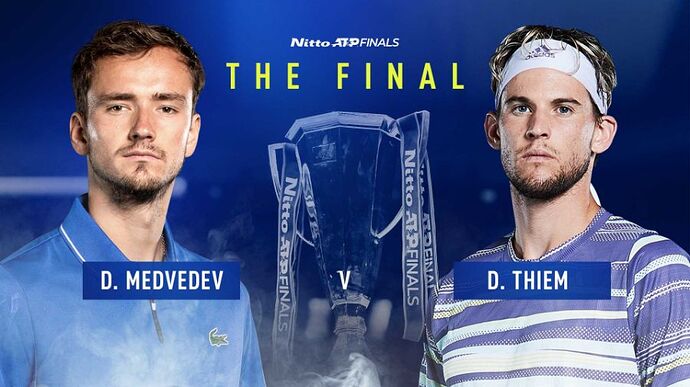 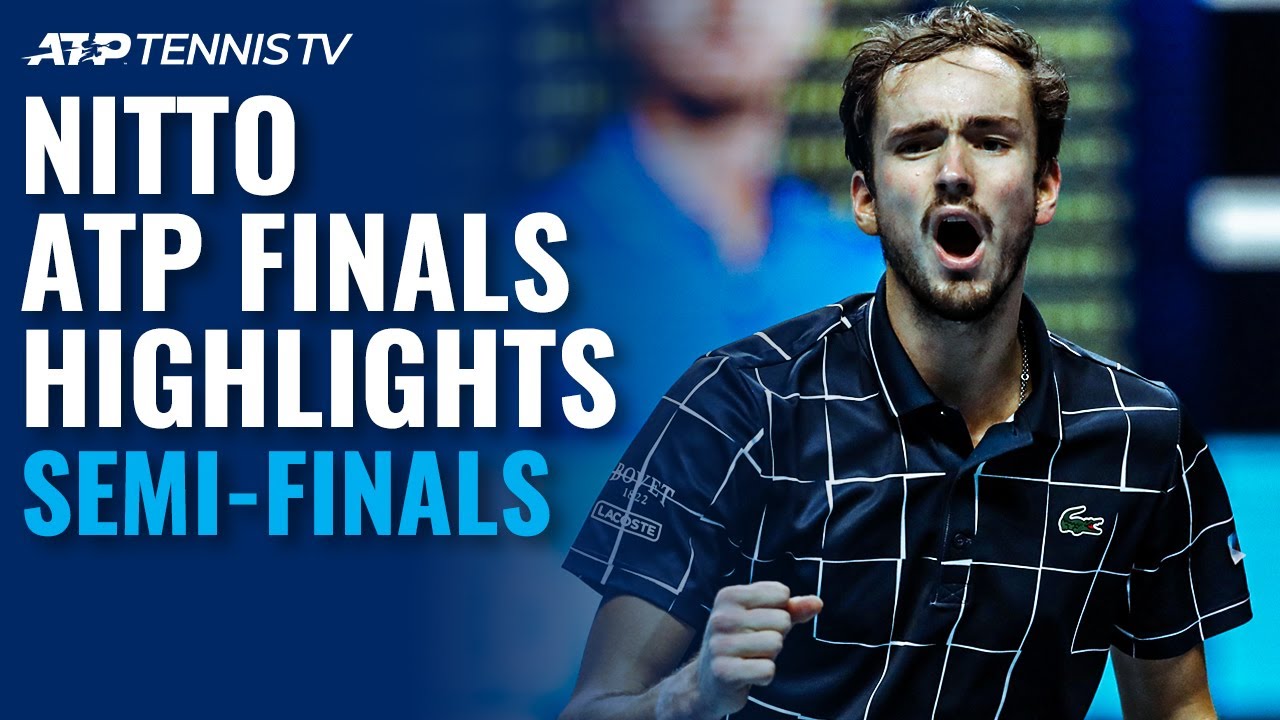 It is the tournament’s 12th and final edition at the O2 Arena in London. Next year, it moves to Turin, Italy.

Djoker has been there in final from 2012 to 2018 barring only in 2017. Nadal has been consistently underperforming in ATP finals. Federer only a tad better.

Thiem has second chance his year while Medvedev will have his first shot at the championship. We will have a new champion this year for sure.

Medvedev bounced back from a set down to beat US Open champion Dominic Thiem 4-6, 7-6 (7/2), 6-4 and clinch the biggest title of his career at the ATP Finals in London. What an outstanding run for Medvedev!!

For most part of the game, Thiem looked on course to become the first Austrian to win the title, but Medvedev turned the tables around to cap a stunning week.

24-year-old Medvedev also defeated Nadal, fighting from behind to get past Nadal in three sets in Saturday’s semi-final. In the round-robin phase, he beat five-time Finals champion Djokovic, seeing off the Serb easily. He also secured straight-sets victories over 2018 winner Alexander Zverev and Diego Schwartzman.

Medvedev’s triumph came a year after a weak debut at the event when he lost all three group matches. The only other player to achieve such a drastic turnaround is Djokovic in 2008. 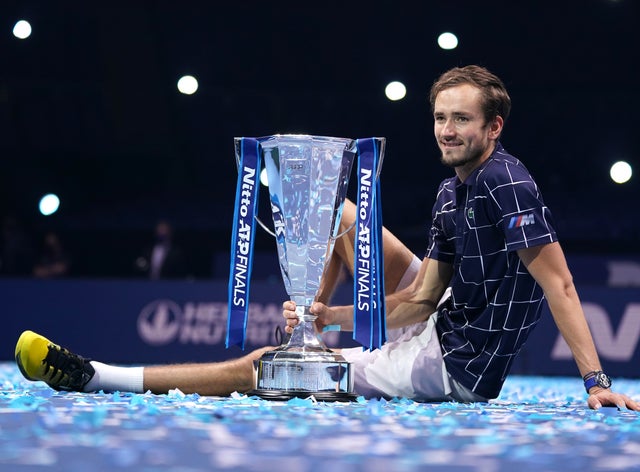 Wesley Koolhof and Nikola Mektic finished their team debut season with their first title on Sunday, as they beat Jurgen Melzer and Edouard Roger-Vasselin 6-2, 4-6, 10-5 to claim the Nitto ATP Finals trophy.

Mektic is the first Croatian to capture a trophy at the season finale. 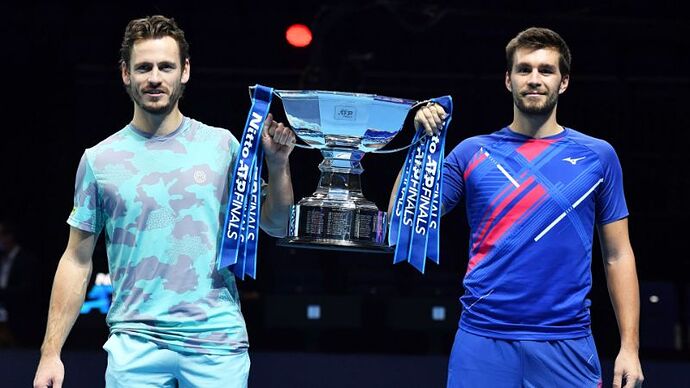 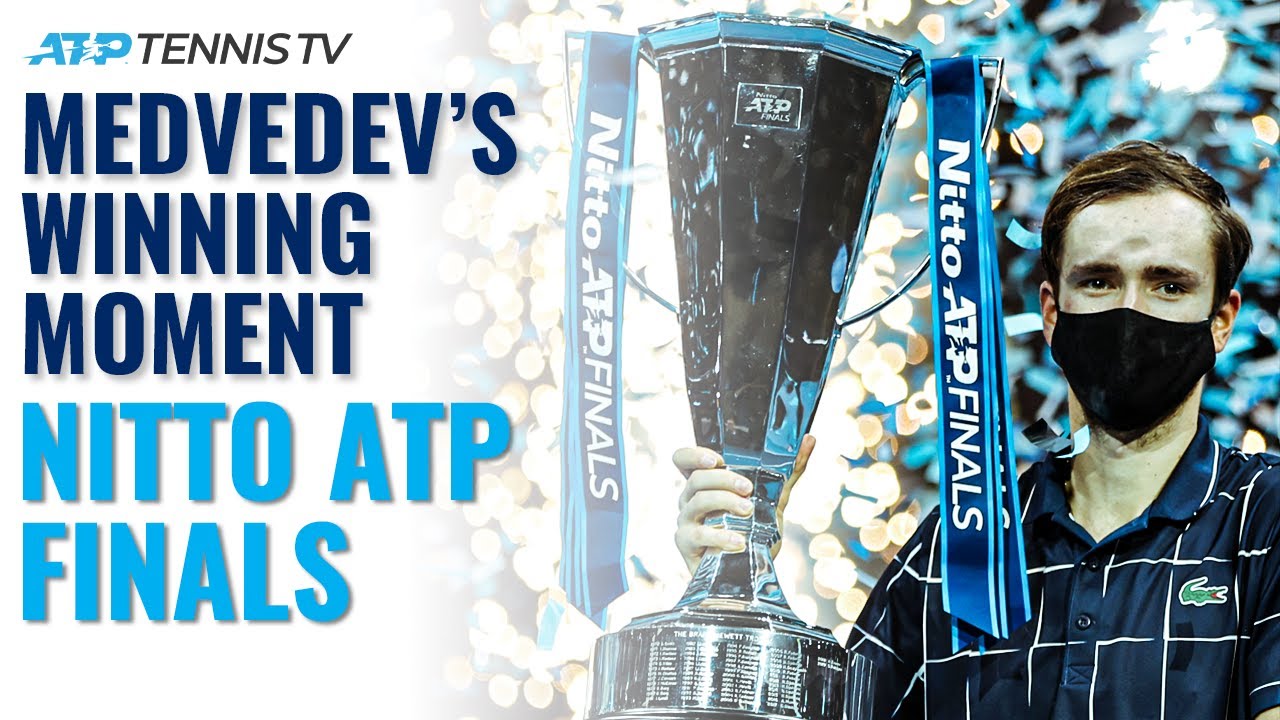 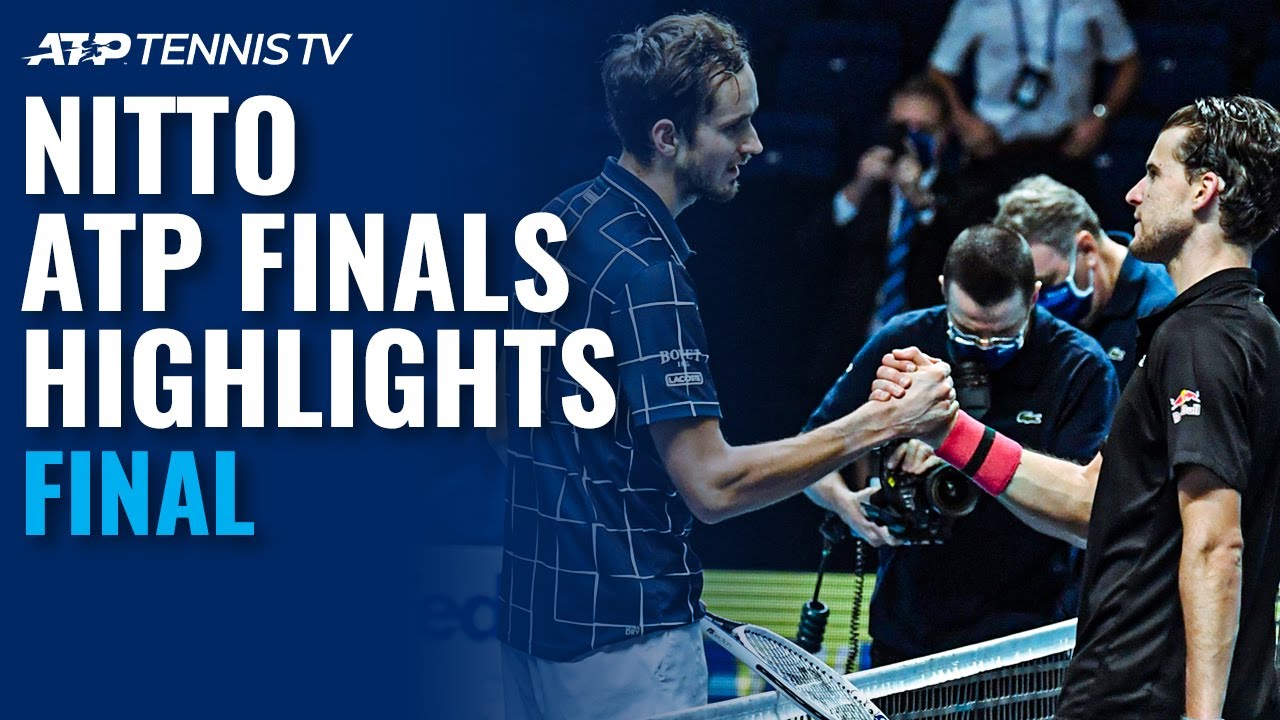 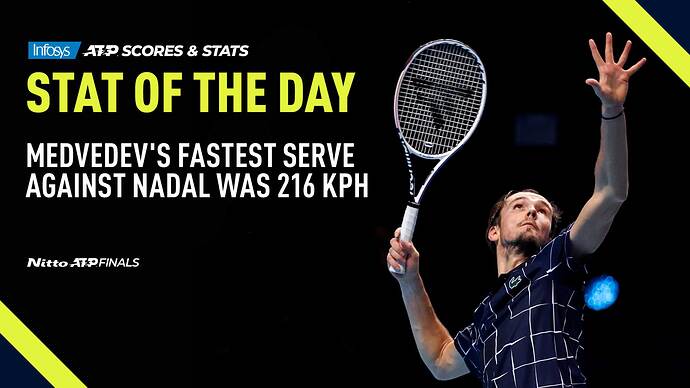 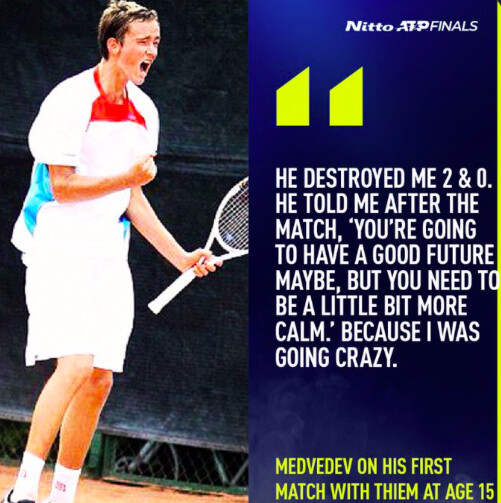 Looks like Medvedev took the advice of his contemporary and worked on it too. Congratulations on winning the ATP Champion 2020 !