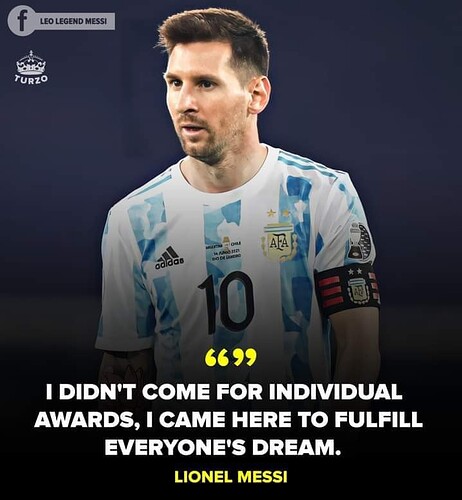 Can he make the history?? 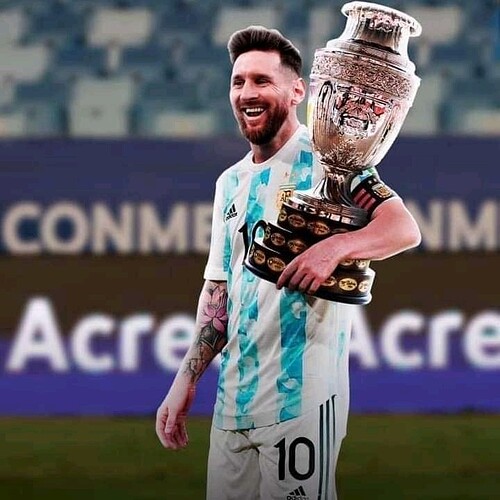 Argentina’s 11 goals at the Copa America:

Is there any stopping him in the final? 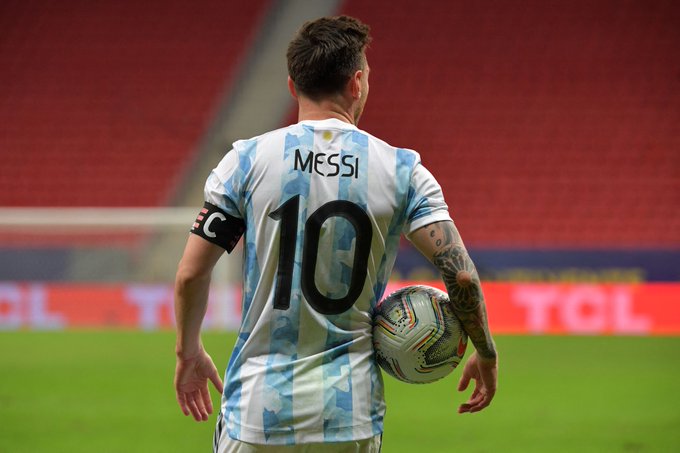 Lionel Messi has finished as runner-up in all four major tournament finals he has reached with Argentina:

Is today the day he finally wins a trophy with La Albiceleste? 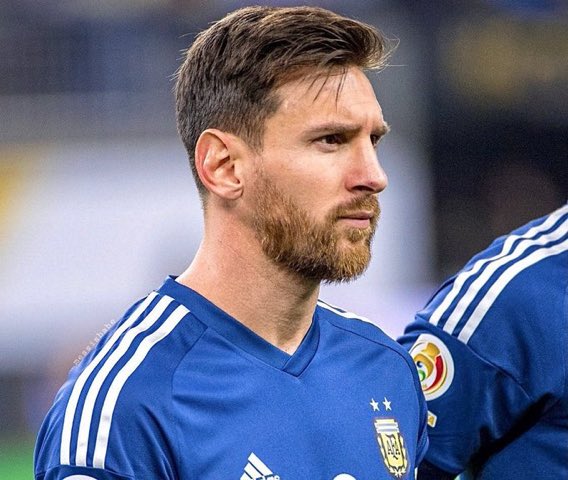 Can we witness Messi’s first major title with

Messi wants this really bad…If the last season have been anything to go by; Leo brings on his show in finals.
We saw a totally different Messi

in the Copa Del Rey finals. This Copa America is one trophy he will give anything for tonight. I wish him luck!

Can we witness Messi’s first major title with

This is likely to be the best chance Messi will ever have of winning a title with his country. He is in great form and I think Argentina will win.

Beating Neymar’s Brazil would silence every doubt and put every naysayer back in their box.

Clash of the Titans 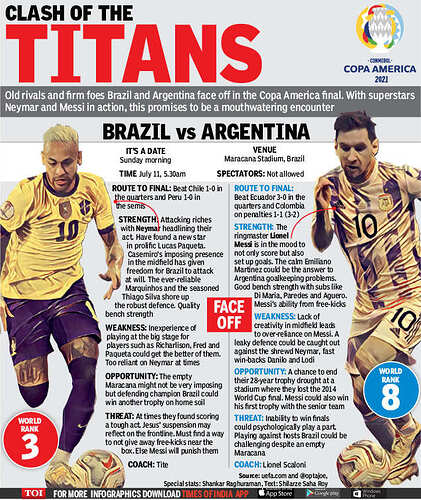 Messi ‘best in history’ with or without Argentina trophy, says Scaloni

Argentina coach Lionel Scaloni has told reporters ahead of a heavyweight encounter on Saturday that could bring Messi’s barren run to a close after several near misses: "Win or don’t win, he will continue being the best footballer in history, he doesn’t need to win a title to demonstrate it.

"Obviously, we want to win because we haven’t made all this effort not to break the bubble.

“In the background, whether Leo wins or doesn’t, he has already demonstrated that he is the best in history, and even the opponents recognise it.” 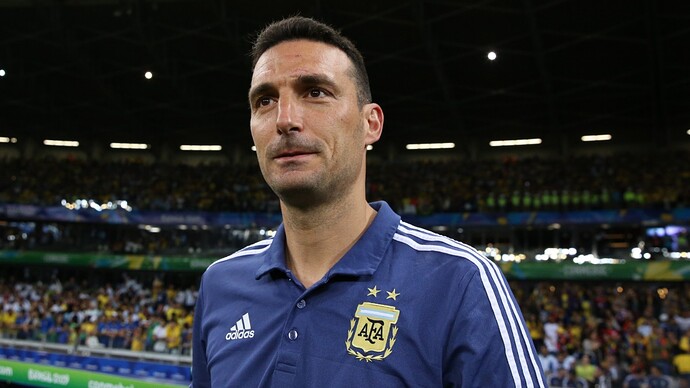 Neymar hits out at Brazil supporters for backing Messi in final

Even Brazilians want Messi to win the Copa America title! What an irony!

Neymar has hit out at Brazilians who are backing Argentina to win Saturday’s Copa America final at the Maracana because they support Lionel Messi.

Brazilian SporTV journalist Fabiola Andrade is among those fans that have publicly come out to support Argentina in the final.

Andrade explained her controversial decision: "Before stoning me in a public square, let me explain: I love Brazil, Brazilian football…I have several Argentine friends. But I’m not going to root for Argentina in the Copa America final because of them, no. I cheer because I love #football and @leomessi This guy needs to win a title with his country’s shirt! For justice!"

Hope to see Messi break the jinx and lift the Copa America trophy!

Some Key Stats ahead of the Final 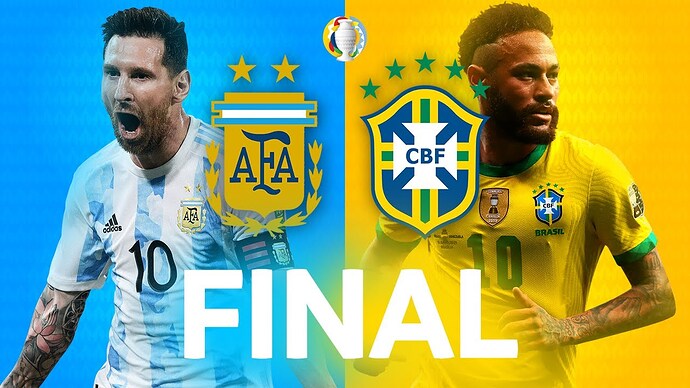 There will be greatness on show in the Copa America final 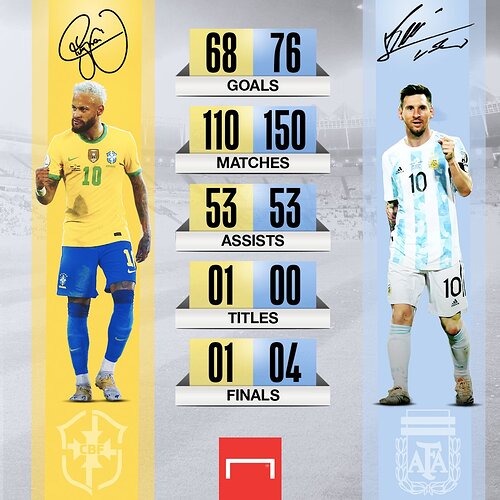 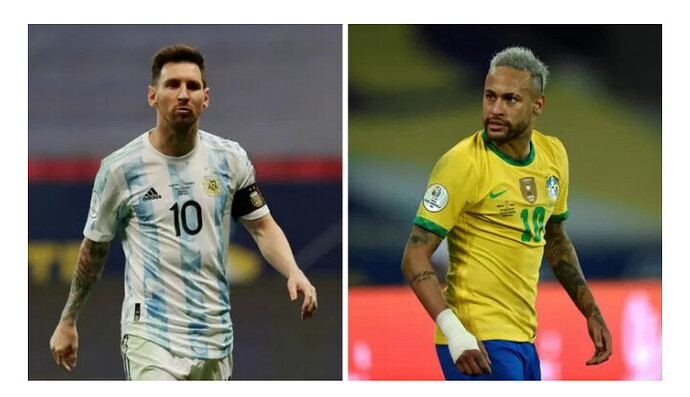 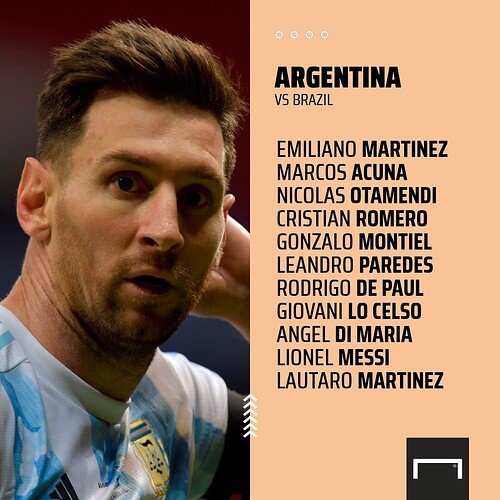 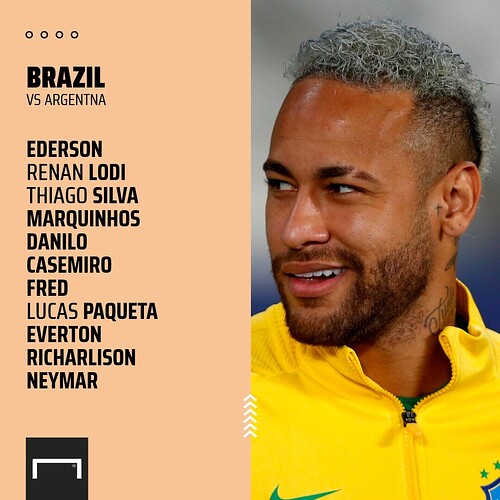 If you can only back one of them to score tonight, who is it going to be? 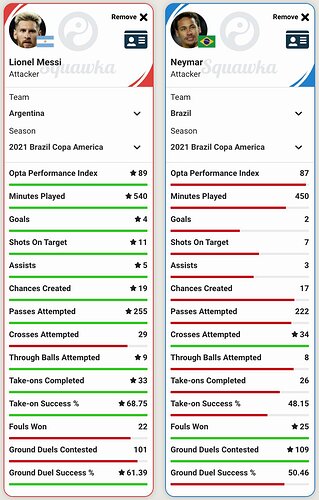 With one more goal, Messi would tie Pelé for the most goals in international play among men’s Conmebol players. 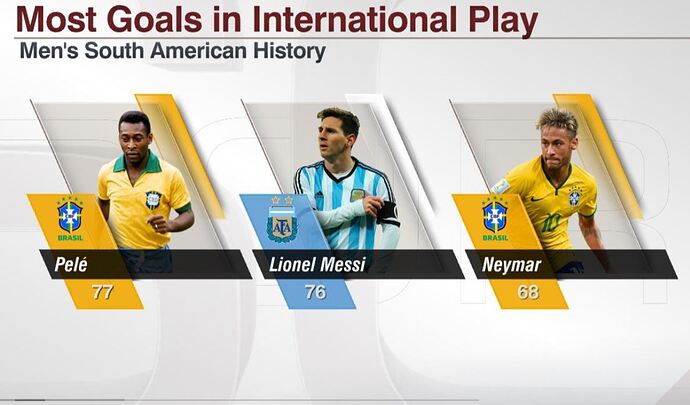 Is this the game he earns his trophy? 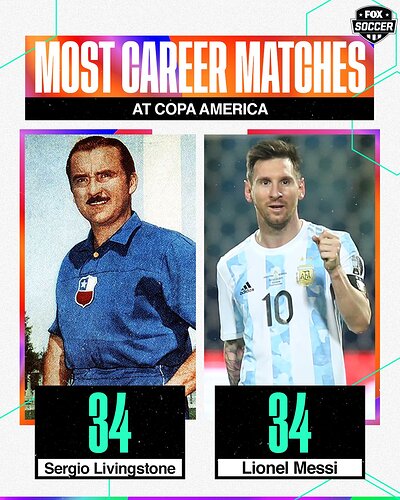 11 - Lionel Messi has played 11 games against Brazil (W4 D1 L6), one of the defeats in the Copa América 2007 final. Messi has scored five goals against Brazil, his second highest tally against National Teams (alongside with Bolivia and Chile, behind Ecuador’s six). 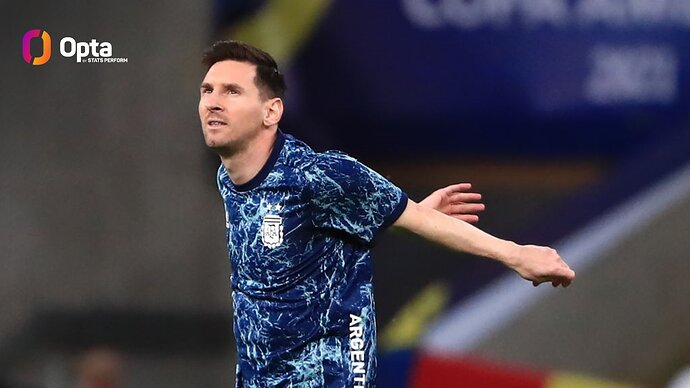 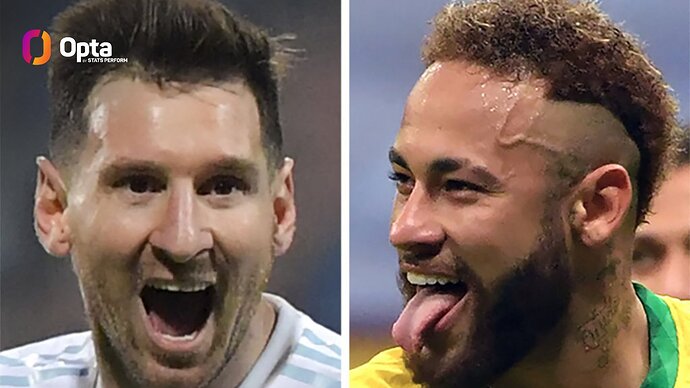 Ángel Di María is the first Argentina player to score in a Copa América final since César Delgado in 2004. 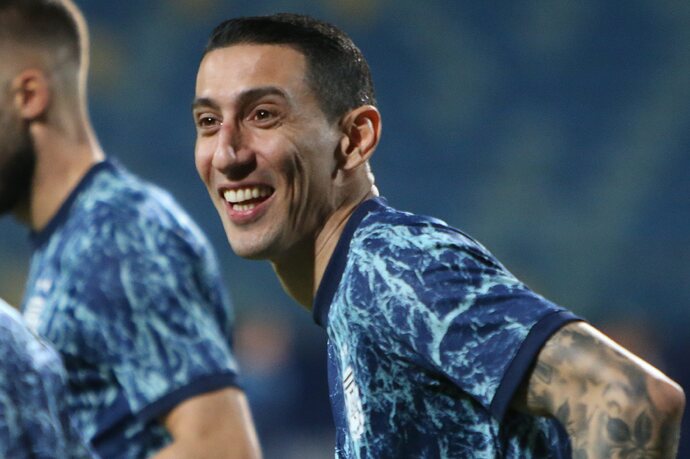