Will nadal's love story end on a happy note or a heartbreak is in store?

I was watching a popular Bollywood movie a few days back, the hero, our hero in a highly romantic way tells the heroine that best love stories are those which are incomplete. Being a sports enthusiast I always connect everything to sports and sports is full of love stories. One such love story which most of the 90’s kids have grown up watching right in front on their eyes is nadal’s relationship, his romanticism with the French Open. There was a time when Nadal was untouchable in French Open, it was highly improbable for nadal to lose a single set, let alone a match.
I grew up nadal, tormenting the red soil of Paris, day after day, year after year, even Roger the great felt like a amateur in front of his expertise on the arena. It was a love story made in heaven, the red soil was loyal to only the Spaniard.
Though, nadal has surpassed his best days behind him, his legs don’t possess the same power and his baseline play which made him probably the greatest player on red soil is now not in their best shape.
Dominic thiem and his one handed backhand shots might create problems of nadal whereas Novak Djokovic exceedingly improved performance on Rolland Garros practice tournaments such as Madrid Open are also making him a favourite. Other than that if news are to be believed, Roger Federer may call it quits soon and this French Open Could be his last major tournament.
So the question remains? Will this be a happy ending of a love story or a sad ending for nadal. 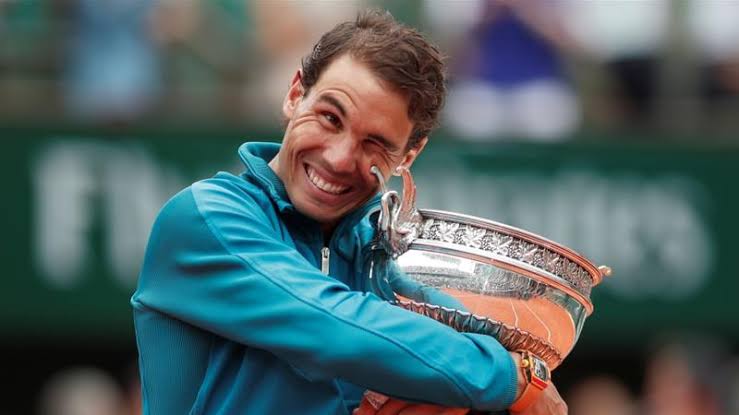 The Italian Open has given him the confidence he needed. I really don’t see Djokovic besting him on clay! Nadal will defend his 12th in Paris.

Nadal is probably the best ever on Red soil. But, Time is not used to be kind to anyone. Nadal though still formidable is far from being untouchable. Thiem and Djoker have enough ammunition to be the champion. Djoker has done it before in Paris. On other hand Nadal will be in much better shape than Novak who has a far tougher draw. And that just might be the difference.

Wavrinka and Stefanos Tsitsipas are no pushovers either.

No doubt Nadal will be the favourite to win his 12th French Open title. But his major threat would be world No.1 Djokovic, three years after completing the career slam at Roland Garros, a second French Open title would make Djokovic the first man to hold all four grand slams on two separate occasions. But losing semi-finals to Fabio Fognini in Monte Carlo, Dominic Thiem in Barcelona and Tsitsipas in Madrid it won’t be a one sided affair for Nadal. Coming back from an injury and winning the Italian tour he clearly proved why he’s called the King of Clay. The MASTER, Roger Federer will return since 2016 to clay. On the other hand, the rising Austrian Dominic Thiem will also be a player to watch out for, a semi-finalist in 2017, a finalist in 2018 his game flourishes on clay and he has enough wins over Djokovic, Federer and Nadal. Having emerged as one of the biggest talents of his generation in the past 12 months, the entertaining 20-year-old Greek Stefanos Tsitsipas will be the underdog to watch out for. But, concluding this and giving a prediction I think Nadal would win this French open with some scintillating shots and straight sets.