Why was Rabada denied hat-trick despite taking 3 wickets off 3 consecutive legal balls? 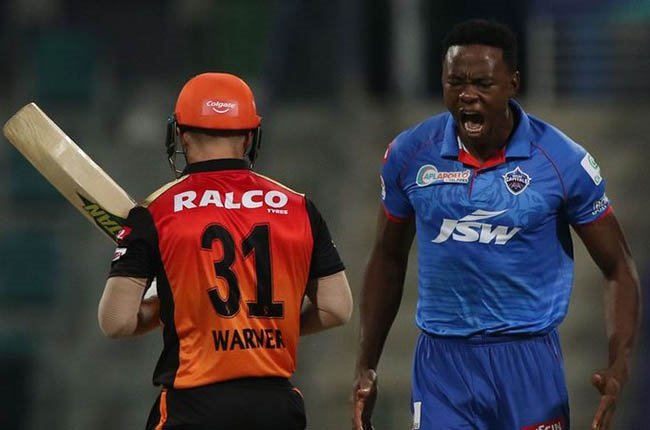 According to the rule book, a bowler gets a hat-trick when he dismisses three batsmen off three consecutive deliveries. Rabada did dismiss Abdul Samad, Rashid Khan and Shreevats Goswami in the third, fourth and fifth ball of his last over respectively. However, one must not forget that he also bowled a wide between Khan and Goswami’s dismissals. Hence, he got three wickets in not three but four balls which is apparently not a hat-trick.