The news of Uganda’s Joshua Cheptegei smashing the 10,000m world record by 6 seconds beating Kenenisa Bekele’s 15-year-old time has been doing the rounds. 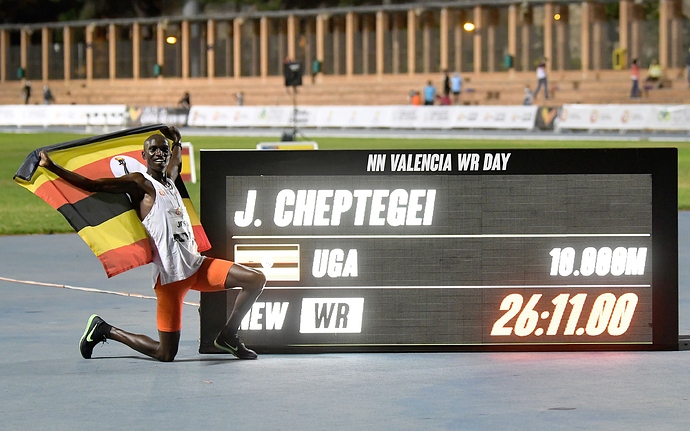 What is that one name that pops up in your head when you think about track and field sports? Usain Bolt? Wayde van Niekerk or Yohan Blake? If any of these names strike your head you will also agree to the fact that these athletes have outperformed in major competitions like Olympics and World Athletics over the years. Now, if you dig deep down your imagination you will also realize that these athletes are Jamaicans or African-Americans or somewhere related to the African continent. Please keep in mind that I’m not throwing any light on racially distinguishing the athletes based on their colour, but to clear a fact that 'Black people are naturally better sprinters than white people".

To factually prove my point right, if we look at every winner of 100m in World Athletics since the inaugural event in 1983, the Blacks have dominated as podium winners . Every finalist from last 10 championship has been a black. Kenya has won an astonishing 63 medals at the Olympic Games in races of 800m and above, 21 of them gold, since 1968. They have also outperformed in distance running, the very latest example of Joshua Cheptegei who set the world record in 10,000m by completing in just a mere 26:11:02 is just beyond a normal human competency.

Now, what is it that actually makes them more dominant, superior or lone warriors when it comes to track and field? Is it the nutrition? The body shape? Yes, its the Physical differences in the length of the limbs and the structure of the body which gives them a slight advantage as research says that the “centre of gravity tends to be higher in the bodies of black people”. To clarify it again, this is not anywhere to be racially distinguished but also make a fact clear that since 1912, only 10 non-black athletes out of 38 individuals have held the world title. 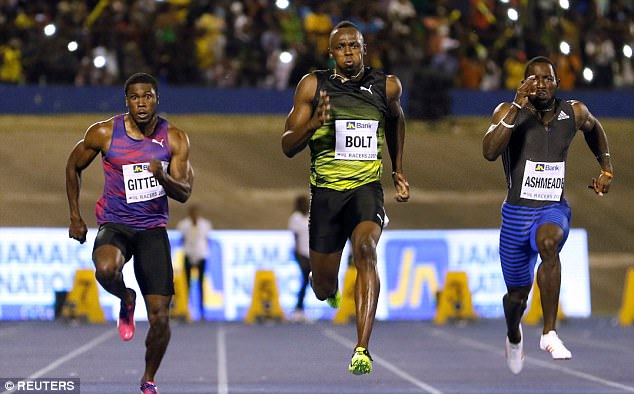 According to a research “There is a whole body of evidence showing that there are distinct differences in body types among blacks and whites”. Blacks tend to have longer limbs with smaller circumferences, meaning that their centres of gravity are higher compared to whites of the same height. Despite the physical advantage we shouldn’t neglect on the hardwork and dedication they have shown to perfect their game, despite lacking of facilities and coming from not so developed nations.

Very interesting topic. While many might deviate from the track and take it is as a comparison between black and white, this is just a universal truth and the nature of life that a certain species of a certain colour are uniquely God Gifted in their abilities to perform in the field and track athletics.

Few commentators have described distance running as “a Kenyan monopoly”. Kenyans are really good distance runners and it is not Kenya as a whole that usually wins these medals, but individuals from a tiny region in the Rift Valley called Nandi. The runners are actually from the tribe of Kenyans known as the Kalenjin. Scientist and researchers have tried to decode the mystery behind the dominance and the role of genetics plays a major part in showing why they have been so dominant.

Kenyans are also prime examples of Mental toughness. Let me tell you all a story of 1,500-meter upset in the 1968 Mexico City Olympics. Kalenjin runner Kipchoge Keino defeated world-record holder Jim Ryun. That day Keino not only won gold, but he also ushered in an era of Kenyan dominance. The amazing thing is that doctors had ordered Keino not to run the race at all. He’d been diagnosed with a gallbladder infection just a few days before. A gallbladder infection is incredibly painful. It hurts the most when you breathe hard, when you’re running. Keino not only won the race, but he also set the Olympic record.

How did he push through so much pain? #MambaMentality my friends.

So we can’t just generalise it as ‘they are dominant because of their physical structure’ but we must also consider the grit and the determination they have. 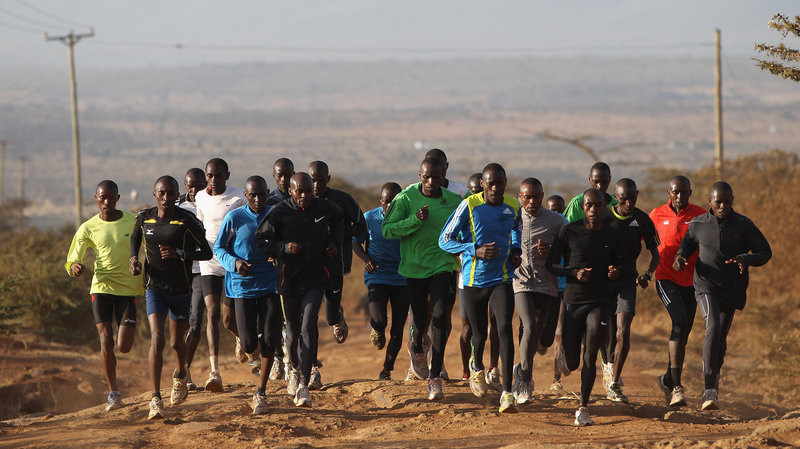 Personally, I think its a myth that Black athletes are dominant because of their physical structure. You’ve mentioned Jamaica and other Africa regions but what you forgot to mention is athletes from Mauritania, Guinea-Bissau, Sierra Leone, the Republic of Guinea, Liberia, Ivory Coast, Togo, Niger, Benin, Mali, the Gambia, Equatorial Guinea, Ghana, Gabon, Senegal, Congo and Angola have not won a single sprinting medal at the Olympics or World Championships.Just because some black people are good at something does not imply that black people in general will be good at it. Right?

But as we are throwing light on this topic of Black dominance in athletics, I would like you all to watch a video on how one Kenyan village produces the worlds fastest distance runners. 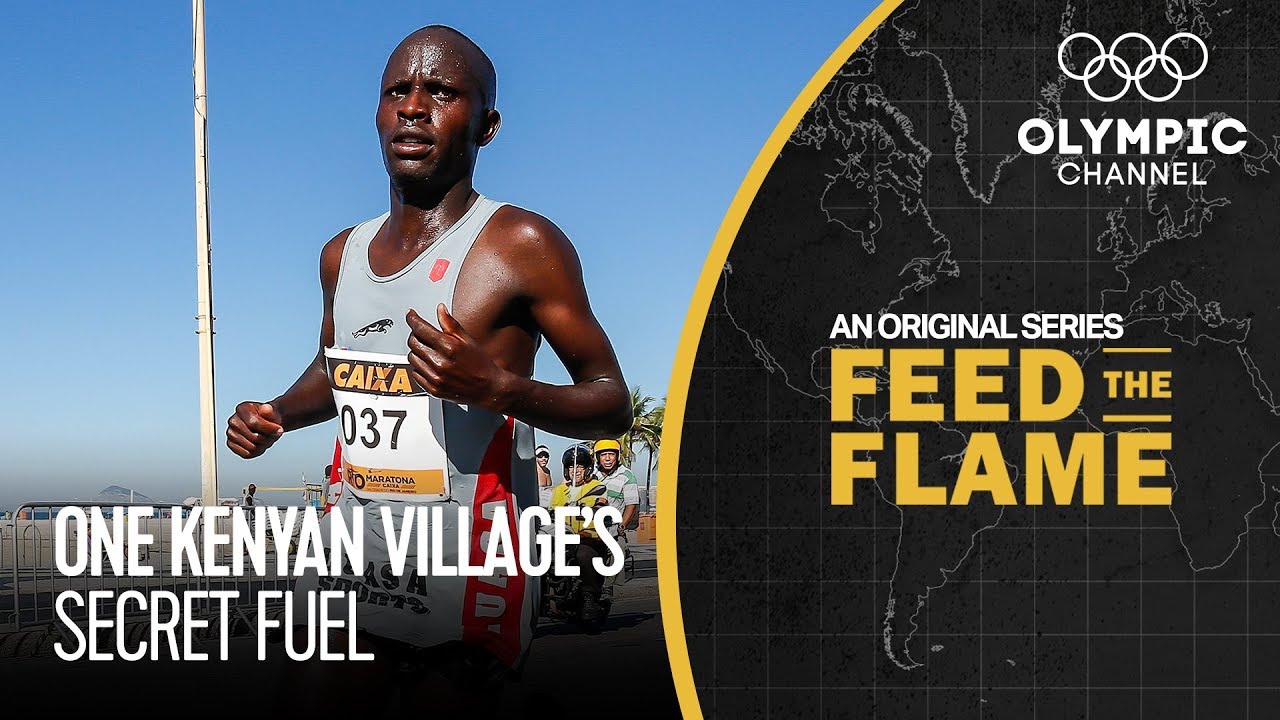 Western research on the nature of Kenyan runners, and on successful African athletes in general, is complicated by some particularly thorny racial politics. For such a popular, straightforward question, there’s less consensus than you might think. This kind of thinking, though clearly well intentioned, is a kind of condescension in itself but it’s also an amazing story of human biodiversity.
Most of the world’s top runners are Kalenjin and their seemingly effortless victories in 800-metre races and marathons have sparked a passionate debate about genetic advantage. The scientists compared Kenyan athletes’ style and physique with Danish runners. The African athletes’ heart rates were remarkably slow, even when running at more than 15mph over long distances. 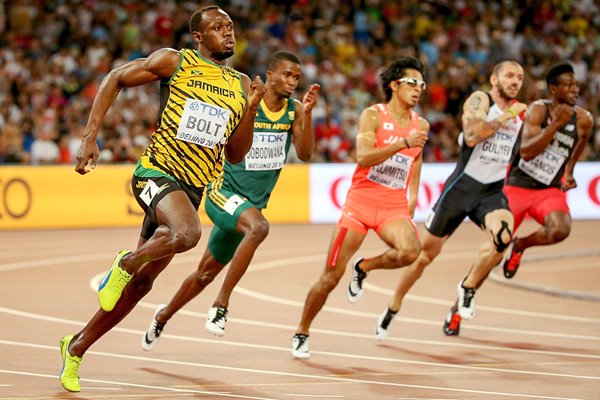 High altitude - the Kalenjin live on a plateau 7,000ft above sea level - increases the number of red blood cells which carry oxygen around the body and is thought to explain the low heart rate.
Another argument notes that many of Kenya’s best runners come from the sunny highlands in the Great Rift Valley, which also happens to be the birthplace of homo sapiens. The land there is flat with mild year-round weather, encouraging regular outdoor running. The high elevation – about 7,000 feet – could help runners develop lungs capable of functioning in thinner air. When these runners descend to the relatively low-elevation courses at Boston or Beijing, the thicker atmosphere there would give them, in effect, a sustained oxygen boost. This may help explain why they developed physical traits better suited for running. They observed a higher number of red blood cells (which lent new credence to the theory that elevation makes their bodies more effective oxygen-users) but, in their conclusions, emphasized the “bird-like legs” that make running less energy-intensive and give their stride exceptional efficiency. Conditioning like this is common in training athletes. They are made to practice in greater difficulties and challenges so perform better in the final show.

The answer may also lie in the geography. Heat adaptation increases blood volume, which intern increases the oxygen carrying capacity. At rest, plasma volume expands by around 5 percent in the hottest months, and contracts by 3 percent in the coldest months. The studies also show that Kenyans had less mass for their height, longer legs, shorter torsos, and more slender limbs. One of the researchers described the Kenyan physical differences as “bird-like,” noting that these traits would make them more efficient runners, especially over long distances.

Ideal environments + a tremendous amount of hard work and focus on a specific thing = success beyond what most people achieve. Part of Olympian Michael Phelps’ record-breaking swimming is his unusual body shape,which is genetically inborn. That doesn’t make their athleticism any less amazing.

In my own Perspective, I think this can be explained by a combination of the right genes and Hard work. We can all agree black athletes have generally reigned supreme in the sprints at international tournaments.

A large number of the holders of the world record for the 100-metre race have all been black and data compiled in 2007 revealed that 494 out of the 500 best-ever 100-metre sprint times are held by athletes primarily of West African origin.

Despite the glaring statistics, the topic was somewhat of a taboo subject until recent years. Most scientists, authors and journalists avoided any quest for an explanation out of a fear of being accused of racial stereotyping.

According to a book I read sometimes ago, Athletic performance is largely determined by genetics and specifically ACTN3, the so-called ‘sprint gene. The ACTN3 was discovered for the first time by a team of Australian researchers in 2003. It is a gene present in all humans in two forms, either the RR form which helps speed, or the RX form which aids endurance. Since its discovery, a lot of research has shown that the RR form of the gene gives those who hold it explosive muscle power when the body is put under a certain amount of physical stress, so it’s a natural predisposition for sprinters.

If you had a weak form of ACTN 3, it would be impossible to match the great sprinters. In conclusion, the genes that are most favorable are found in those of West African origin. There are exceptions of course, which explains how French sprinter Lemaitre has been able to compete in the same class as the likes of Usain Bolt and fellow Jamaican sprinter Yohan Blake. Lemaitre posesses the same genetic combinations that you find in most of the athletes of West African origin. He is the exception that confirms the rule.

East Africa by contrast is the land of the long distance runner and I believe genetics also explains the continuing supremacy of Kenya’s runners in long distance races. 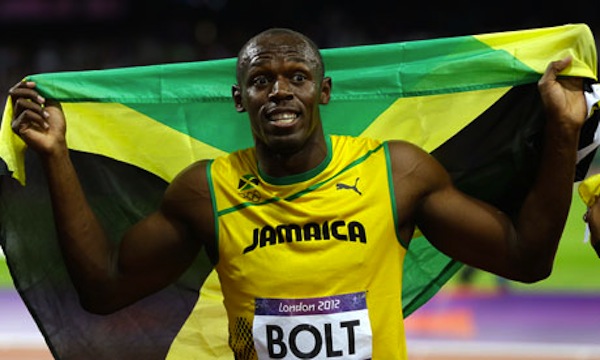