Who will Manchester City sell if Lionel Messi joins their side? 🤔

As we all know La Pulga might sign for Manchester City in order to join his old boss Pep Guardiola and win his 7th Ballon d’or.

Messi has an unimaginable 700 million Euros release clause which no team will be able to afford unless they take measures of saving money wherever they can and getting money by selling a few players.

Which players do you think Man City will have to let go to accommodate Messi? 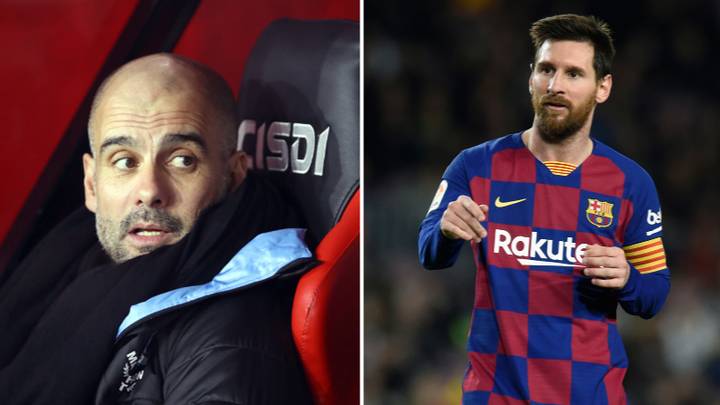 In my opinion Pep will sell these players to afford Messi - As per reports Messi has agreed terms on a five-year deal with Manchester City. Pep has offered an undeniable deal to Barca which involves swap of three players. Bernardo Silva, Eric Garcia and Gabriel Jesus constitute the list of men who have been offered to the Catalans. The deal is a win-win situation for both the clubs as Messi has made up his mind to not play in Blaugrana colours anymore. Barca will find a fantastic midfielder in the shape of Bernardo Silva, a solid and young defender in Eric Garcia who they were anyway wanting, as well as Brazilian marksman Jesus who can successfully replace Luis Suarez who has been deemed surplus to plans by Ronald Koeman.

Lionel Messi’s father gives fresh update on contract talks with Barcelona after Man City admission
Lionel Messi could remain at Barcelona for another season, his father has admitted, after holding talks with the club to attempt to resolve his contract dispute.

When asked by a reporter from Deporte Cuatro if Messi could yet remain at Barcelona for another season, Jorge Messi replied: "Yes.
He added that the meeting with Bartomeu was ‘very good’, before driving away.