Loyalty and commitment towards their football club has been a very rare glimpse among this generation of footballers. Players who are usually at their peak tend to be lured by big money moves. Some continue their form while others become a ‘semi-villain’ for the fans. But, there are players who have set the example showing the fans that passion and commitment towards the club is far more important than star status and earning money.

These players refused to be swayed by big offers and throughout their career, they intended to play for the logo on the front and are now remembered by the jersey number and name on behind. Let’s gather our inputs in listing out these players who have graced this wonderful sport with their zeal and loyalty.

Francesco Totti ( AS Roma)- 28 Years For AS Roma

Totti’s journey at Roma began on 20 July 1989 and he made his debut in Franco Superchi’s Giovanissimi Romani side against Almas on 15 October 1989. By the end of his career, he made a total of 786 appearances for the Roman club and scored 307 goals. He is the clubs most capped player and their highest scorer. 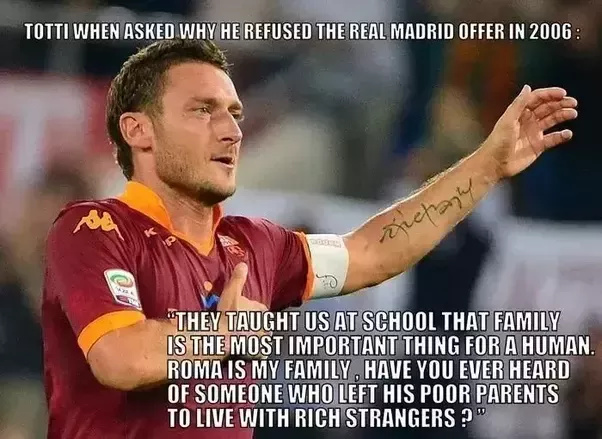 Totti could have moved to plenty of bigger clubs if he had wanted to, including AC Milan and Real Madrid, but has stayed loyal to his boyhood club. He is a five-time Italian player of the year, a two-time Serie A player of the year and was the winner of the 2007 Golden Shoe. 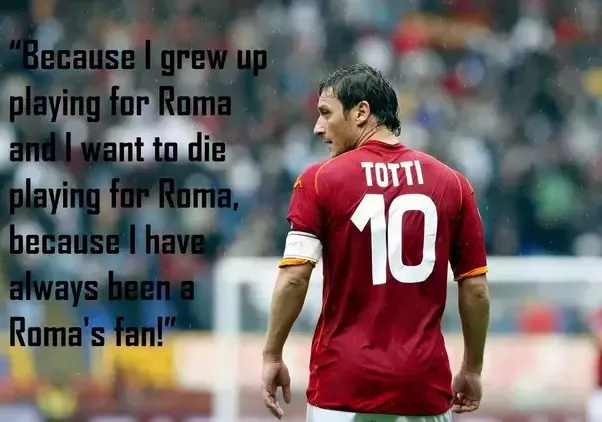 Most impressively of all, he has done it all at a club that has achieved relatively little success. During his time with AS Roma, the club changed 17 managers in total but he still remains to be the greatest captain for the club. He hanged his boots on 28 May 2017 after playing his last competitive match for Roma against Genoa. Totti set the record for the longest Giallorossi career of all time.

Among the active players, the most loyal player associated to a single club is Igor Akinfeev.

Igor Akinfeev plays as a goalkeeper for and captains Russian club CSKA Moscow. Igor made his professional debut at CSKA at the age of 16 and has spent his entire career at CSKA, making 647 appearances with 278 clean sheets so far. He has won six Russian Premier League titles and six Russian Cups, as well as the UEFA Cup in 2005. In August 2018, Akinfeev extended his CSKA contract to last until 2022.

Igor also played for Russia national team between 2004 and 2018, where he earned 111 caps and was selected in their squads for four UEFA European Championships and two FIFA World Cups. 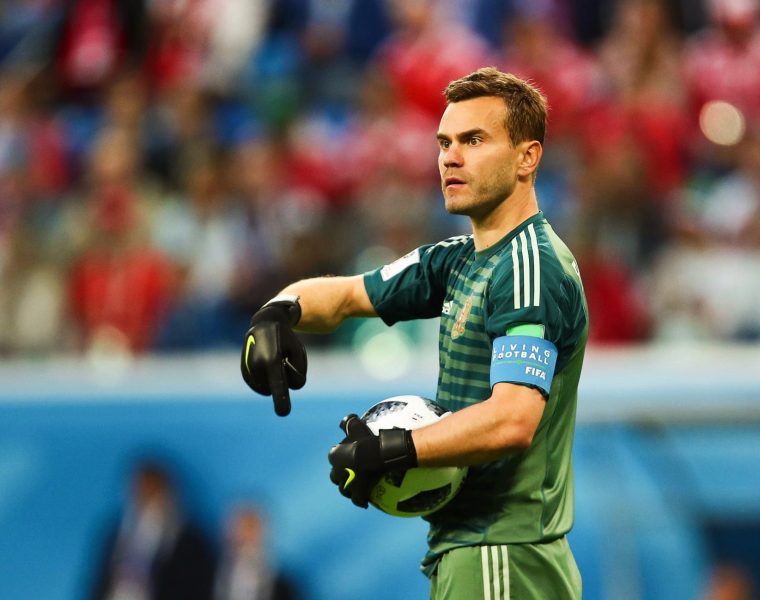 We all know who this football legend is. He is now 33 years old. Out of 33 years he has spent almost 20 years at Barcelona. He is still playing for the Catalan club for which he has scored more goals than anyone in the history of the club. In fact he is the only one coming close to the great Pele in scoring goals for a single club (Pele scored 643 and Messi has scored 630).

He has played a crucial part in the success of FC Barcelona in the past 10 to 12 years. Before Messi’s arrival Madrid was unbeatable and there was no team in La Liga who came even close to them, but after his arrival the tide began to balance in favour of his side and wrestled control of domestic success away from their fierce rivals. 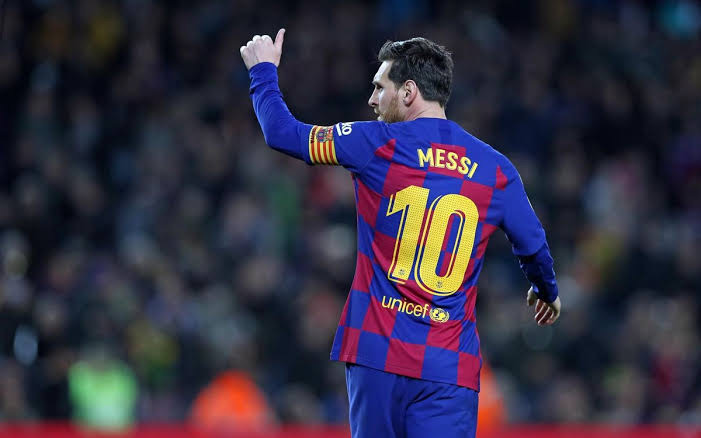 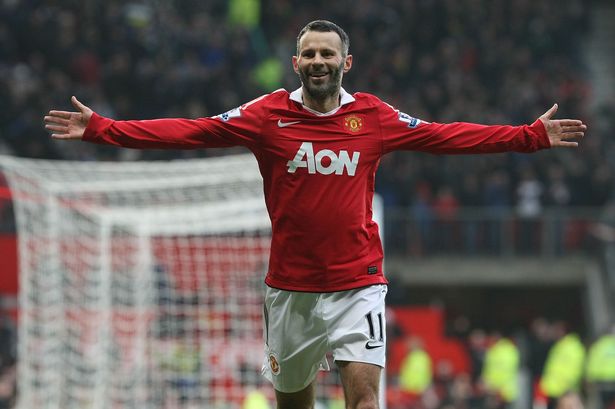 Gigs joined MU in 1987 as a member of United’s youth team and spent his entire career at MU. He retired as a player in 19 May 2014 after being appointed Asst manager for the same MU. For senior team, He appeared 672 times and scored 114 goals for MU senior team. He lifted the EPL title 12 times. He has tasted Cup success over 18 times, including two Champions League trophies.

Giggs has been so loyal and disciplined that he has avoided big offers from clubs without even considering it. His career spanned astonishing 24 years (1990-2014)! If you consider youth years, It spanned 27 years!

Steven Gerrard is definitely Liverpool’s most iconic player and club’s captain in the Premier League era. He made the no. 8 jersey iconic. The Ballon D’or 2nd Runner Up simply is one of the greatest players to ever grace England, naturally meaning he’s also one of the best midfielders. Whether it was shooting or passing from long distance or fantastic setpieces or some world-class displays of ball control and concentration, Gerrard was the man who had it in spades. It’s really no surprise that he had more than 100 caps for England.

He was one of the goalscorers in Liverpool’s 3-3 comeback against AC Milan in 2005. They eventually won the final in a match that went down as one of the greatest comebacks in history. Despite not winning the PL, Steven Gerrard is simply seen as one of those players who personify the gold standard of football, especially in the central midfield. The Englishman was simply just that good and the Liverpool fans still reminisce the greatest midfielder for their club. 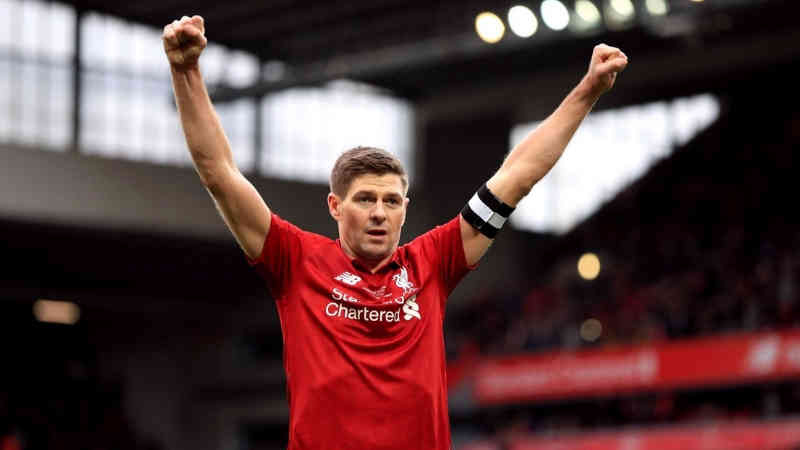 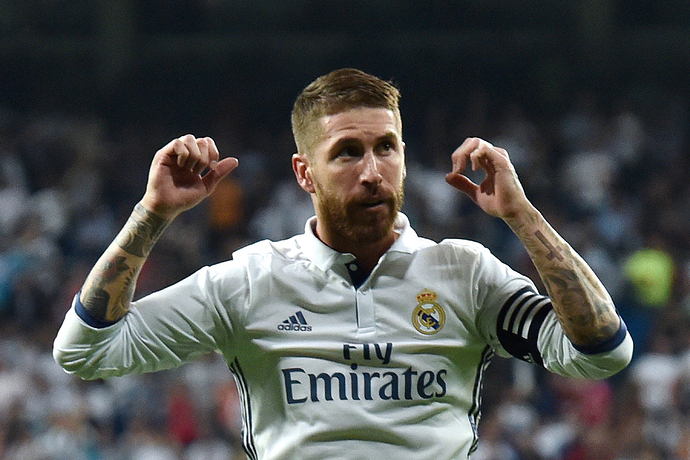 Sergio Ramos has emerged as the most destructive centre back in the 21st century. A Captain who has delivered to the club. In a club like Real Madrid where money talks and records are broken every transfer window, keeping a career that spans 15-plus years over at the club is a great achievement. But this man, Sergio Ramos is just irreplaceable by Madrid and the board. Sergio Ramos has been at the club since 2004. Bought for €27 million in 2004, he was one of the most expensive hauls at the time and has proved out to be worth every penny.

Since Cristiano Ronaldo left the club he has single handedly taken over as the club’s main man. His incredible sense of aggression and defensive technicality has made him a Los Blancos legend. He is also the highest goal scorer as a central defender in football history. Sergio Ramos has won 20 titles with Real Madrid in total: 4 European Cups, 4 Club World Cups, 3 UEFA Super Cups, 4 LaLigas, 3 Spanish Super Cups and 2 Copas del Rey. He was in the FIFA FIFPro World XI nine times, 2 times he was voted the best defender in Champions League and he was once voted best player in the Champions League final and UEFA Super Cup final. He won the Club World Cup Golden Ball. He won the World Cup 2010 and Euro 2008 and 2012. 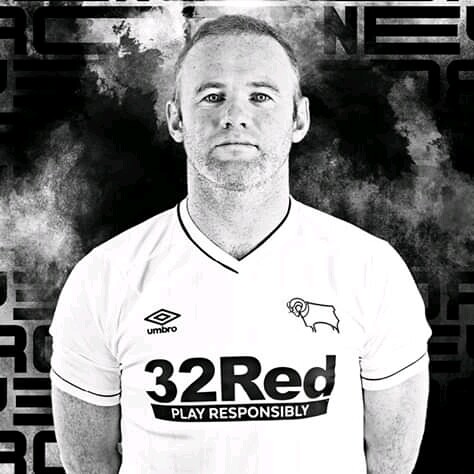 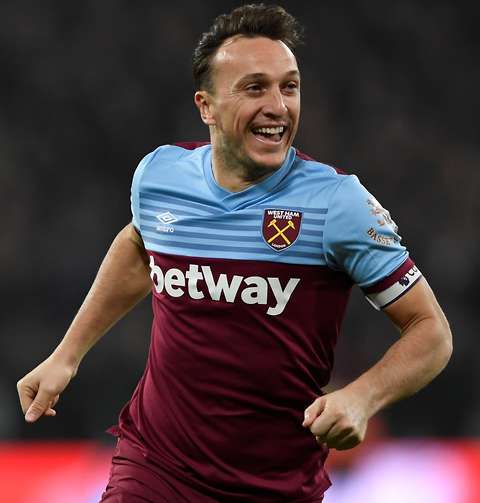 Mark James Noble has a very strong feeling and allegiance to Westham United. His loyalty and services to the club has earned him the Nickname “Mr Westham”. He made his senior debut at the age of just 17 in the League Cup in August 2004 in a 2–0 win against Southend United. Noble has played more Premier League games for West Ham than any other player, in addition to being the longest serving player in their current squad, having been in the first team since 2004. He has made 444 senior appearances for the club scoring 54 goals in the process. As a reward for his undoubted loyalty and commitment to the club, he was named the Club’s Captain in 2015 till date.