Who are the top Barcelona's most expensive transfers of all time?

Barcelona are currently in financial crisis, but that has not prevented them from putting together a €65 million package to sign Ferran Torres from Manchester City in January 2022.

Let’s find out who are Barcelona’s most expensive signings ever!

One of the best and most underrated attackers of his generation, David Villa was almost 29 when he signed for Barcelona for a rather hefty fee given his age.

However, he soon paid back the investment with a stunning first season at Camp Nou. He scored 23 goals as Barca won a La Liga and Champions League double. 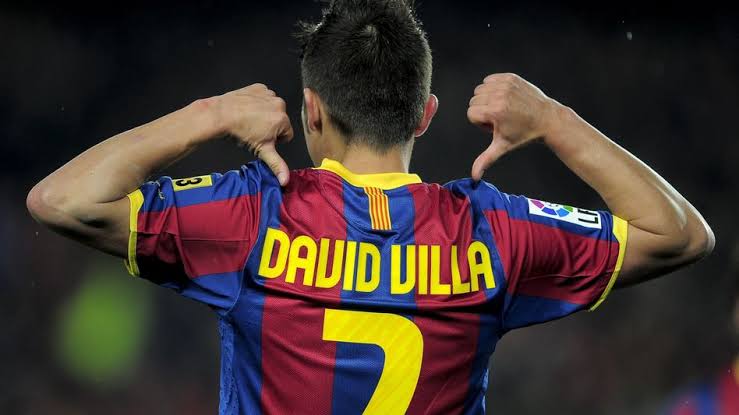 After helping his side win a domestic double and march to the semi-finals of the Champions League, Frenkie de Jong was one of the most sought-after talents in world football in the summer of 2019. 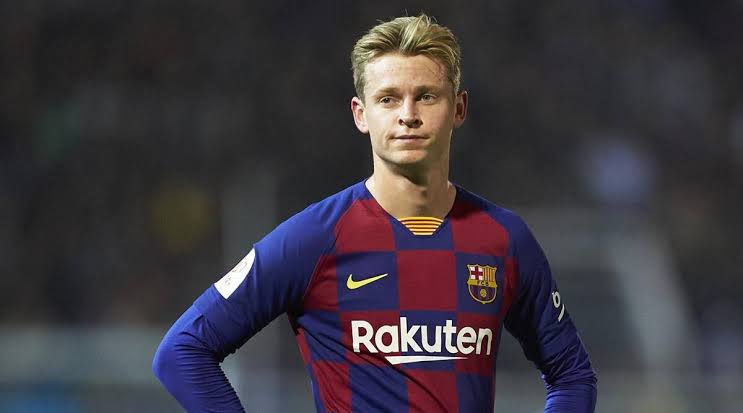 After fluttering his eyelashes at the club for a number of years, Luis Suarez finally got the move he’d been dreaming of in 2014 when he left Liverpool to join Barcelona. 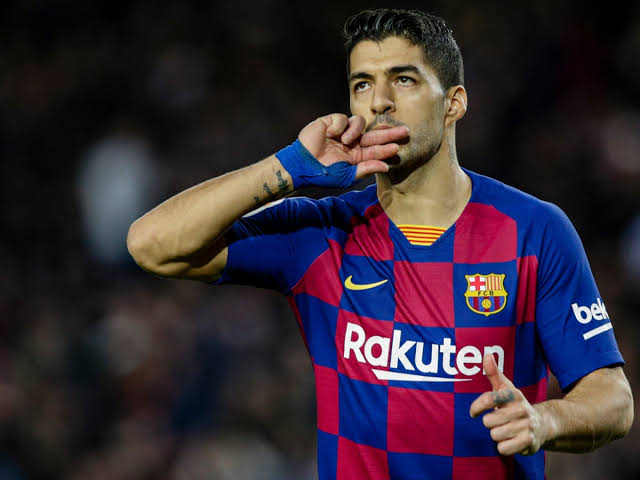 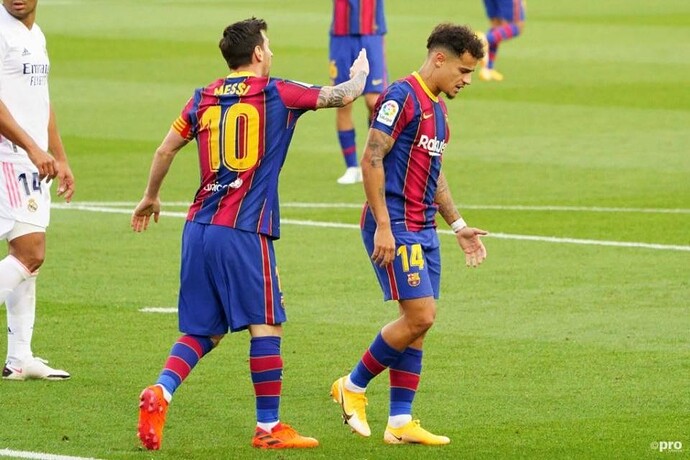 Dembele who had shown plenty of potential first with Rennes, then with Dortmund, was sought as a replacement for Neymar.

Dembele’s time at Barcelona has however been dominated by injury problems. The Frenchman has previously been linked with a move to United, but has now agreed a new five-year deal at Barcelona on a LOWER weekly wage.

According to Spanish outlet SPORT, the 24-year-old will sign a new deal next month. 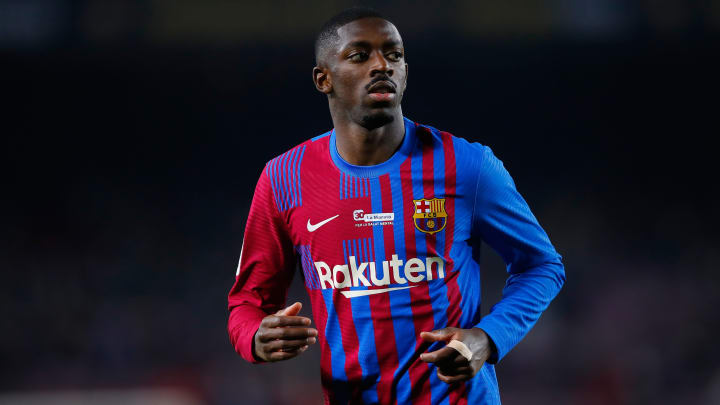 Two years on, he has proved not worth the money.

His performances, combined with the fact Barca needed him off the wage bill, led to a return to Atletico on loan in 2021. 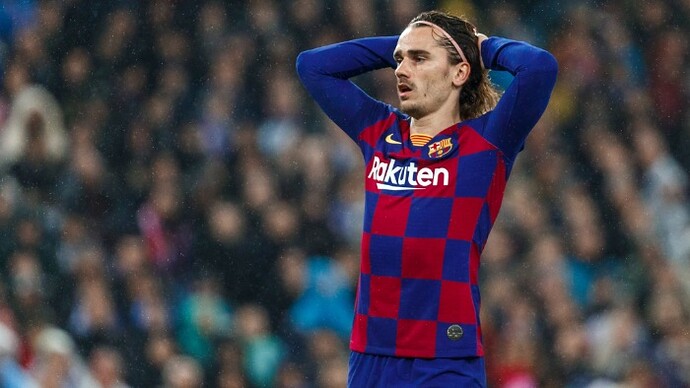 Neymar’s transfer fee of €86 million was repaid comfortably by Neymar’s performances for the club and by remarkable profit for Barca with a €222 million move to PSG in August 2017.

In total the Brazilian talent scored 105 goals and 76 assists in just 186 games for the Spanish giants and won no less than six major titles. 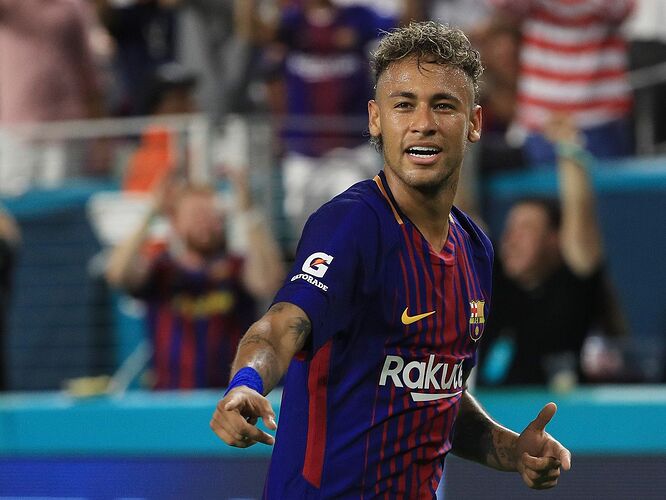 Despite a huge price tag, many of Barca’s biggest buys have not fared too well.

Barcelona winter signing of all time 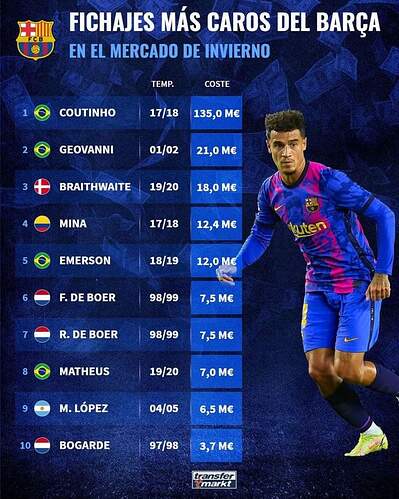 Ferran Torres will be the most expensive Spanish player in Barcelona’s history.

The third most expensive Spanish player was Cesc Fàbregas, a midfielder for whom Barça paid 34 million (+6 in variables) to Arsenal in 2011.

Paco Alcácer cost 30 million in 2016. And midfielder Gerard López returned home in 2000 in exchange for 21.6 million. 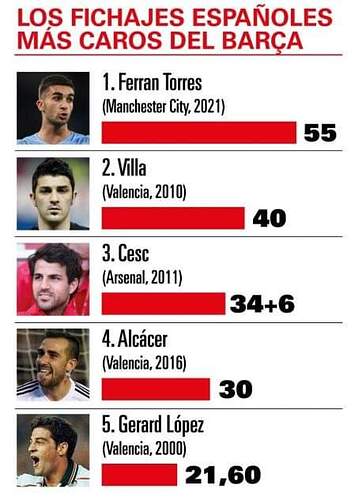 He becomes their most expensive Spanish signing ever 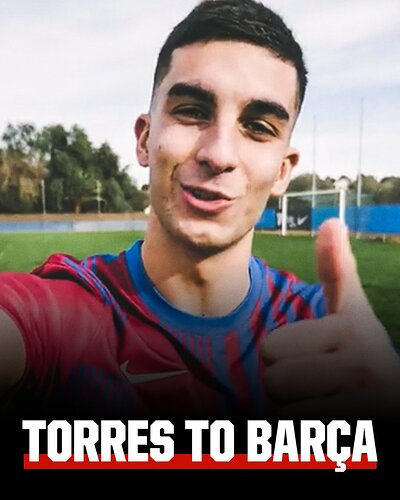 The Swede striker signed a contract at the Catalan club in a deal equivalent to a €69.5m transfer from Internazionale (Inter Milan).

In the 2008/2009 Serie A season Zlatan Ibrahimovic led Inter Milan to victory being the top scorer in the whole season with 25 goals.

He left Barca after only one season as he did not fit in with the team both on the pitch and off the pitch. The Barca playing style did not require a typical number 9 like Zlatan. On top of the that he did not fit in well with the other teammates or Pep Guardiola who was the manager at the time. So, he got loaned to AC Milan in 2010/11 season and joined the team permanently in the next season. 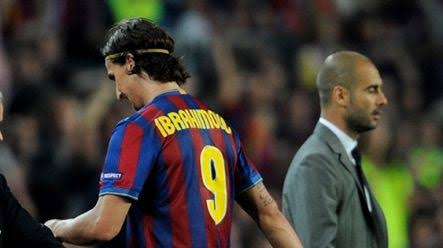