Which Premier League players need to change clubs to reboot their careers?

Sometimes we see that the players are great but the club is not right for them. One such player is Man United playmaker Bruno Fernandes.

At United, Bruno’s potential is not being fully unleashed. His chance of winning the trophies at United don’t seem possible soon. I think he should move to Real Madrid.

Who in your opinion are such PL players who would benefit from changing clubs? Harry Kane who is arguably the best striker in English football has proved his worth time and again. But a player of his capability not winning any major trophies and not qualifying for the European championships is a sign that he lacks team coordination. He should take up a new challenge and agree for a transfer to reboot his career before it’s too late. Adama Traoré needs to move to a bigger club.
Spanish professional footballer who plays as a winger or wing-back for Premier League club Wolverhampton Wanderers. He began his career with Barcelona, appearing mainly for the reserves.

This might come as a surprise to many, but Wolves’ winger Adama Traore’s actually the fastest player in the game! He’s in line with Mbappe with a 96 pace.

Jack Grealish from Aston Villa. He has nine goals and eight assists in 36 games for relegation-threatened Aston Villa this season and is second to Kevin de Bruyne in the chance creation charts. He has a very unique style of play and added pace which makes him a player who needs to perform in the top leagues. He holds onto the ball for a reason – he attracts players around him, he creates a melee and then releases the ball to people who are free. He’s got a superb, intelligent football brain and it’s high time he thinks of moving to a top club which will also highlight his play for Gareth Southgate’s England National Team. Mesut Ozil a German footballer has been in Arsenal for about 7 years years now. He won 3 FA cups yet no premier league or champions league titles in the past 7 years!

He has also won the 2014 world cup alongside the german team, in Brazil!

Recently, he has failed to make a single appearance since the season resumed and has also not made the matchday squad for wins over Sheffield United, Norwich City and Wolves.

In my opinion, he should leave arsenal in order to reboot his career. Sadio Mane need to go to other clubs that are not in England or that are not under premier league club… The Senegalese has prove himself how talented he was and how strengthening and skillful he was on the pitch… If he can go to Laliga side playing for Real Madrid he will surely perform more than this so far he has had experience in premier league and his a player that cant be underated.

Olivier Giroud joined Chelsea from Arsenal for a reported fee of about £18 million in January 2018. The French man arrived with a proven pedigree at the highest level having scored goals regularly in the Premier League, in Europe and on the international stage for France. He has also made his mark at Chelsea despite being unable to nail down a starting spot at the club. The French man has scored 13 goals in 63 appearances for the English side.

The French striker’s game time has been severely limited at Stamford Bridge following the arrivals of German duo Timo Werner and Kai Havertz, while striker Tammy Abraham has been in good form for Frank Lampard’s side. In spite of all these, the French man is still highly regarded by the French National team as he remains France first choice striker.

A move away from Stamford Bridge will do him a whole lot of good because the French man needs goals and games if he is to remain as France First Choice striker under Didier Deschamps in the France National team and thereby ultimately rebooting his career. 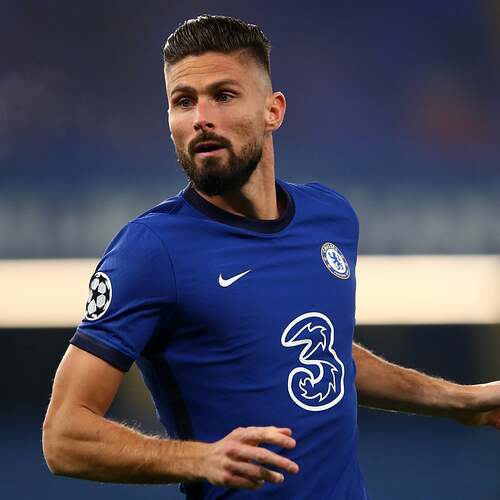