What Next For Belgium’s Golden Generation?

For 45 minutes, Belgium looked like the best team in the world against France. Unfortunately, football matches are a bit longer than that.

Football, so the old saying goes, is a game of one half and then another half, and the two are often quite different. And the wisdom of those timeless words was shown to us last night, when Belgium and France took it in turns to take each other apart. When the final whistle confirmed Belgium’s defeat to Italy, Kevin De Bruyne stood in the middle of the pitch and stared into the distance for several minutes.

He was coming to terms with a harsh reality. Another major tournament has slipped Belgium’s golden generation by, and their ageing squad will struggle to regroup to challenge for the World Cup in Qatar. What’s more, Italy were simply stronger and better.

If Belgium were going to win Euro 2020, they were always going to do it the hard way.

Their preparations were disturbed by injuries to key players De Bruyne, Eden Hazard and Axel Witsel. None of them were fit to start the tournament, but the fact coach Roberto Martinez was desperate to get them fit demonstrates the sudden lack of depth in the Belgian squad. The seemingly terminal decline of Hazard, the nation’s captain and talisman, has been particularly detrimental. In a press conference during the tournament, he admitted his ankle may never be the same again, his eyes glazed with regret and bewilderment. The sight of him limping off against Portugal in the last 16 was all too familiar.

Hazard’s absence placed even more creative pressure on De Bruyne. Against Italy he miraculously played with a torn ligament. He provided moments of magic: a superb curling shot from outside the box saved by Gianluigi Donnarumma; and a tantalising cross that Romelu Lukaku couldn’t manage to convert. Both with his supposedly weaker left foot.

De Bruyne is a remarkable footballer but he is now exposed in a team unable to capitalise on his talent. A quietly spoken man, the influences around him are slowly disappearing. The Belgium 2018 World Cup Squad that came third in Russia… 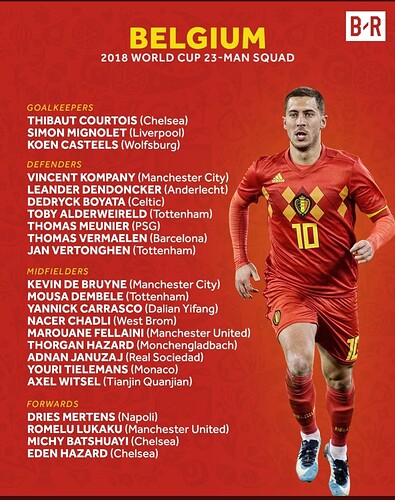 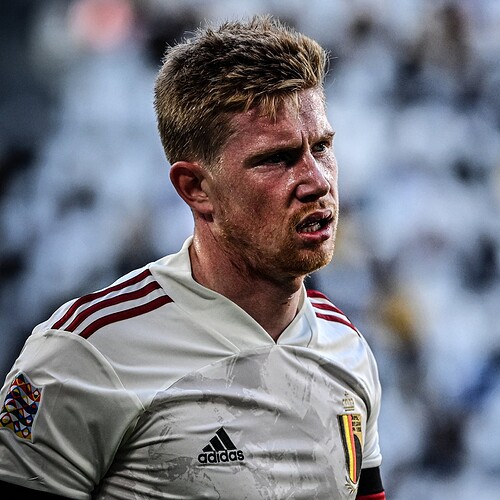 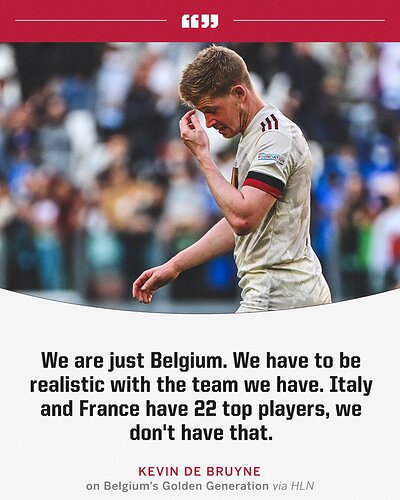