What Are The Unusual Instances Which Has Only Happened Once In T20 Cricket?

T20 cricket is a very unpredictable game. Until the very last ball, one can not just predict the sureshot winner. Fortunes can change in a matter of time and that’s why we love T20 cricket in comparison to 50 overs and test matches. We’ve earlier witnessed matches changing in a blink of time and heading to the super overs to find a winner.

In the ongoing Indian Premier League 2020, Super Over has become a feast to watch. October 18th was without a doubt the most memorable doubleheader in IPL history as both the matches (KKR vs SRH & KXIP vs MI) were decided from a Super Over.

But for the first time in international T20 cricket, A Super Over was tied and the match went into another Super Over. The rule of subsequent Super over was decided after an uproar from fans and critics since the 2019 ICC World Cup Final where both England & New Zealand failed to deliver a clear winner despite a Super Over and England were declared as winners after the ICC rules dictated that the team that had hit more boundaries would be crowned in case of a super-over tie.

This match had everything that a t20 cricket fan could ask for. Mumbai set a target of 177 and the match was tied with a last-ball run-out. Jasprit Bumrah just gave 5 runs of his over and MI failed to cruise to victory as Shami displayed his amazing Yorker skills and the match was tied again with each team scoring 5. The match was taken to another Super Over and this time it was MI who batted first. They managed to get 11 runs from Chris Jordan’s over but it was the ‘Universe Boss’ Chris Gayle who made sure the Kings get the 2 points they deserved. It was just pure entertainment and was the first time in IPL history that 2 super over decided the winner eventually. 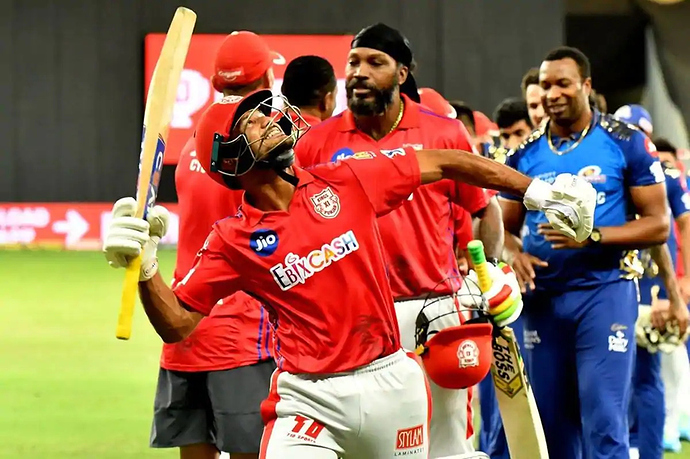 There’s always a first time for everything and many unusual instances have happened just once in T20 cricket. Which other instance do you remember?

In Dec 2016, domestic T20 match in South Africa got a lot of attention for an unusual scoreboard in the first innings.

An U19 women’s match being played between Mpumalanga v Easterns in Pretoria saw a very rare performance by Shania-Lee Swart. Shania-Lee smashed 160 out of 169 runs for Mpumalanga. The rest of the team scored 0 while the 9 runs came from extras. Swart also took 2 wickets in the same match. 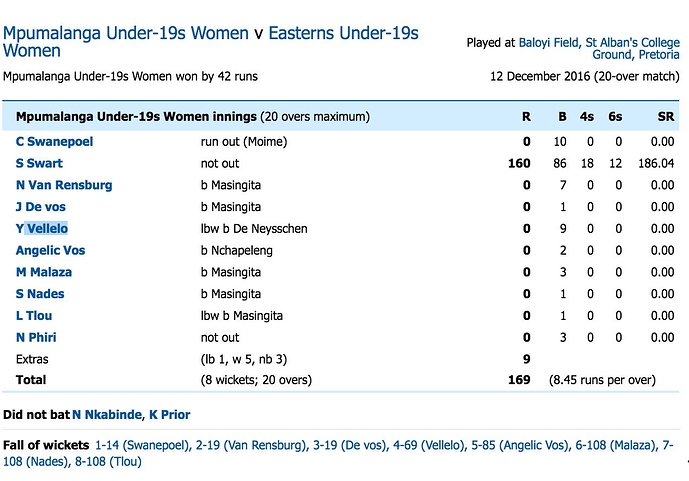 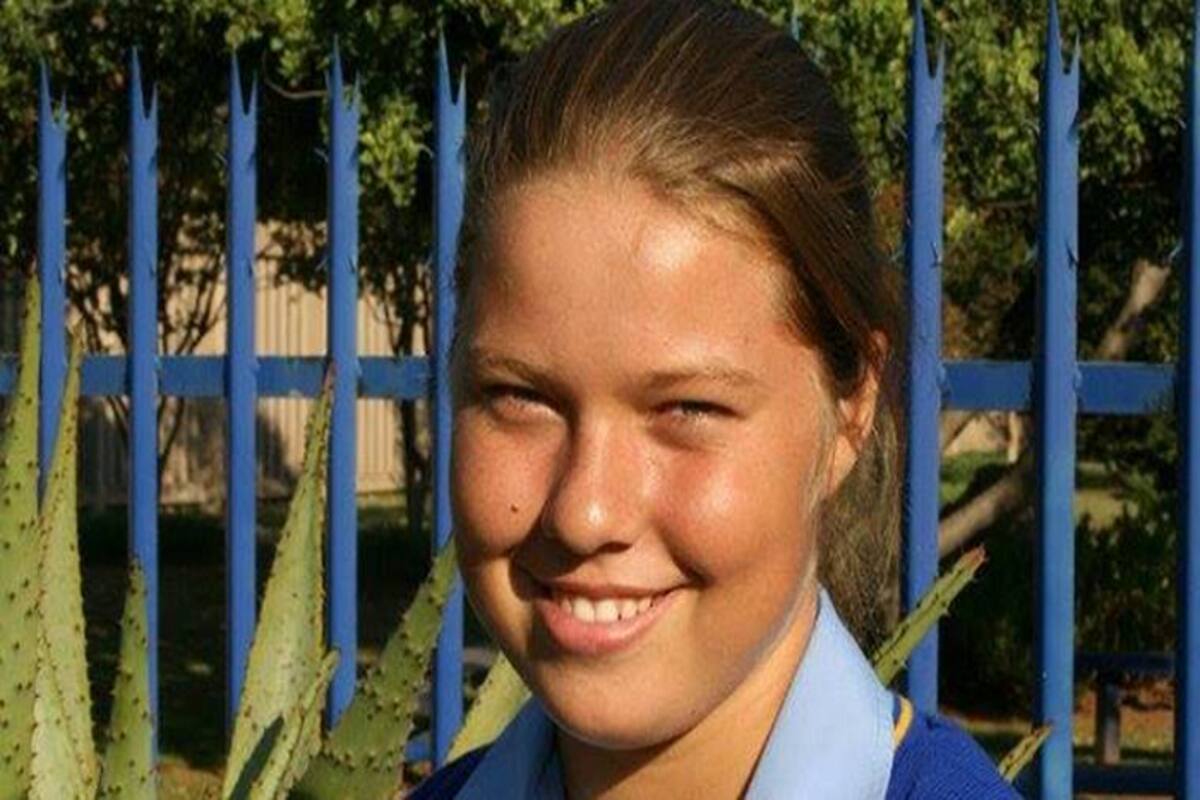 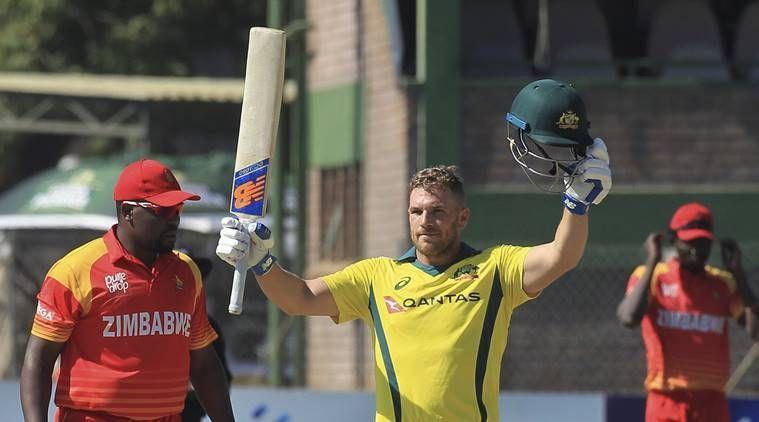 This reminds me of a Finch innings. Current Australian white ball cricket skipper Aaron Finch played a superlative innings earlier this year, during a T20 match against Zimbabwe in Harare, he amassed 172 runs in the third T20I of the series. This is the highest individual score in the T20I matches. The most fascinating part of this innings was that he scored 75% of his teams overall total. It’s a record no one has yet came close, let alone breaking it.

The very first edition of ICC T20 World Cup back in 2007 remains one of the most memorable tournaments for Indian cricket fans. One, because India lifted the inaugural T20 world cup beating Pakistan in the finals and two the first encounter between the arch-rivals was ended in a thrilling manner as the match was tied and decided after a tense ‘Bowl-out’.

Bowl Out Between India & Pakistan

Much like a penalty shoot-out in football, the bowl-out saw both the teams make attempts at striking the wicket with no batsman in front of it. Pakistan elected to bat and restricted India to 141. However, the bowling department kept the hopes alive, keeping a tight length and not allowing Pakistan take control of the proceedings. In the end, Pakistan failed to chase down India’s total but scored just enough to produce a late drama in the contest.

While MS Dhoni made sure spinner and slow bowlers like Harbhajan, Shewag and Utthapa hit the bullseye from the mark, Pakistani bowlers missed all 3 attempts from the spot by appointing seamers and a young Indian squad defeated Pakistan at Kingsmead, Durban. This was the first Bowl Out in ICC tournaments. Later, Bowl Out was replaced by Super Over. 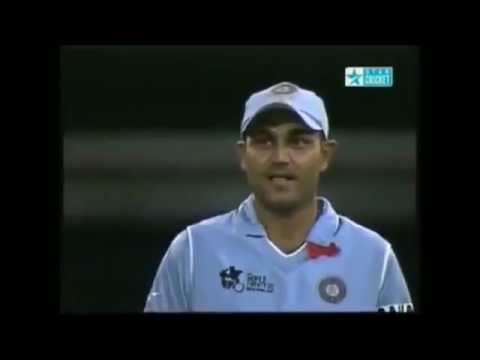 Bowl Out Between India & Pakistan

This is a very interesting piece of information! It is amusing to even know that such a tie breaker existed, that too to decide the ICC T20 World Cup Champion.

While MS Dhoni made sure spinner and slow bowlers like Harbhajan, Shewag and Utthapa hit the bullseye from the mark, Pakistani bowlers missed all 3 attempts from the spot by appointing seamers

What a superb selection of bowlers by MS Dhoni! Another instance highlighting Dhoni’s excellent reading of the game and apt tactical decisions.