🏏 Viv Richards - The Greatest ODI Batsman Of all Time!

Sir Isaac Vivian Alexander Richards (born: March 7, 1952) also known as Viv Richards is considered to be one of the greatest batsmen of all time who represented West Indies at international level.

He made his Test debut on November 22, 1974 for West Indies versus India and his ODI debut on June 7, 1975 versus Sri Lanka and distinguished himself as one of the most feared and productive batsmen of his generation.

He has earned many laurels during his career. He was awarded an OBE (Officer of the Order of The British Emipre) for services to cricket in 1994. In 1999, he was made a Knight of the Order for the National Hero (KNH) by Antigua and Barbuda. 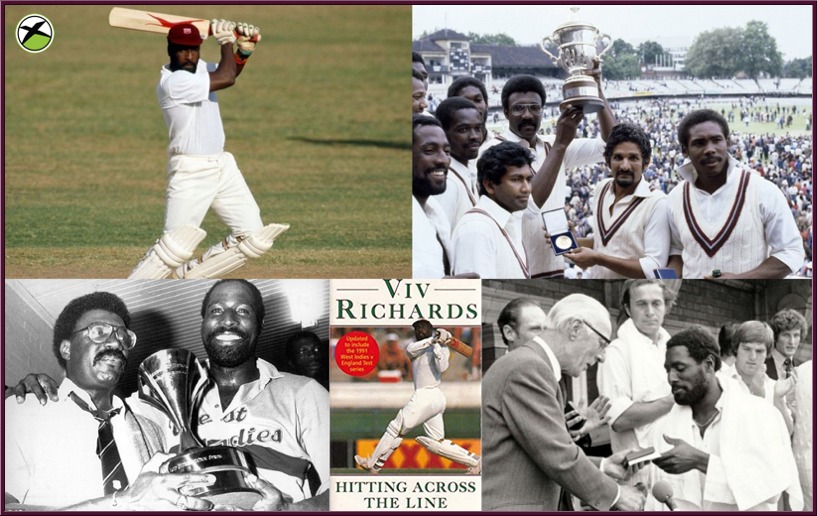 Viv Richards and West Indies Team was the Team Of Century. Great Team

The Swagger, The Nonchalance with which King Viv batted was just out of this world.

He wouldn’t just have found him adequate for Today’s T20 era cricket, But would have ruled it just like then. He is the first one remember hitting a Maximum over extra cover, The unthinkable in his era.

His dominance in his times was complete, No batsmen ever is feared more than him.

Viv Richards was notorious for punishing bowlers who dared to sledge him. One of the most witty incidents I know about Vivian Richards was when he gave a befitting reply to sledging by a bowler in a county match in England.

Greg Thomas, a Glamorgan bowler, attempted to sledge Viv Richards after Richards had played and missed several balls in a row. Thomas poked Richards : “It’s red, round and weighs about five ounces, in case you were wondering”. However, the sledging backfired. Richards who was obviously angered by the remark, smashes the next delivery out of the ground and into a nearby river. Turning to the bowler, he commented: “Greg, you know what it looks like, now go and find it.”

Viv Richards is all praises for Virat Kohli & Dennis Lillee -that’s a huge compliment. Nice interview with the Legend.