UFC 254: Khabib vs Gaethje- The Most Dominant vs The Most Violent

The biggest fight in MMA history is on the cards. Khabib Nurmagomedov defends his lightweight title against Justin Gaethje in the main event of UFC 254 at Abu Dhabi. It’s just going to be brutal, mad, violent, blood all around and possibly all the wild fierce fight club synonyms I can write about. Khabib is undisputed and is literally on a different level. He will obviously be starting as the hot favourite. Although he’ll step into the ring in the memory of his late father, we know what Khabib is capable of- He is the real “Eagle”. 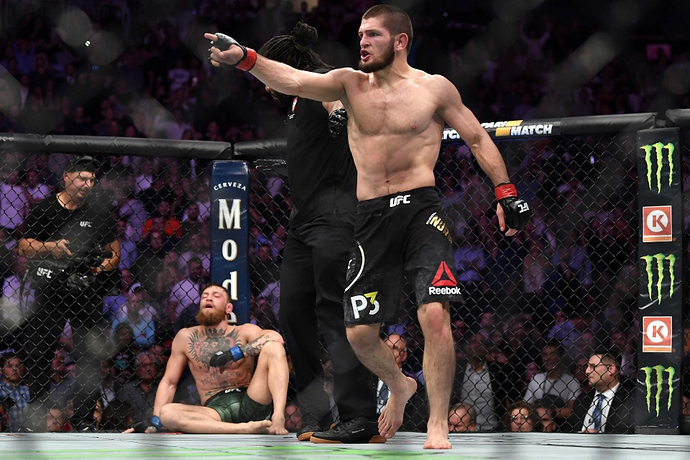 Justin Gaethje, who smashed the pecks out of Tony Ferguson was the favourite to take on Khabib. After his win against Tony, he just dropped the interim belt and demanded Dana White that he wants to take on the undefeated Khabib Nurmagomedov. This shows what this fight means to him and the mindset of this amazingly violent beast. Nobody dares taking Gaethje’s punches, he has 7 knockouts in his last 9 games and with a 100% finish rate its just going to be a fight we have never witnessed in the history of Ultimate Fighting Championship (UFC). 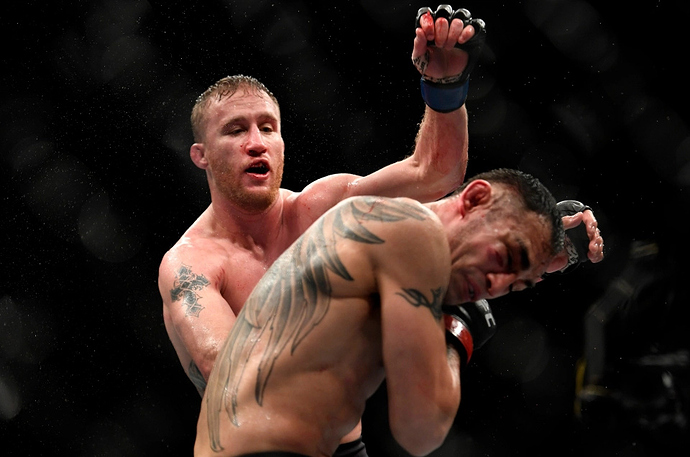 What has been said?

“Even after 50 years, people are going to watch this fight and be impressed. This is like when Muhammad Ali fought [Joe] Frazier in Manila. People never forget this fight.

Justin Gaethje: “We’re not wrestling anymore. There’s gonna be a zone in front of me, it’s not very big.

“It’s gonna be a zone of death, and I have to represent death every time he enters this zone. That’s what I’m the best at, creating carnage. Creating car crashes.

“So my only goal when I step in there is to create as many car crashes as possible. 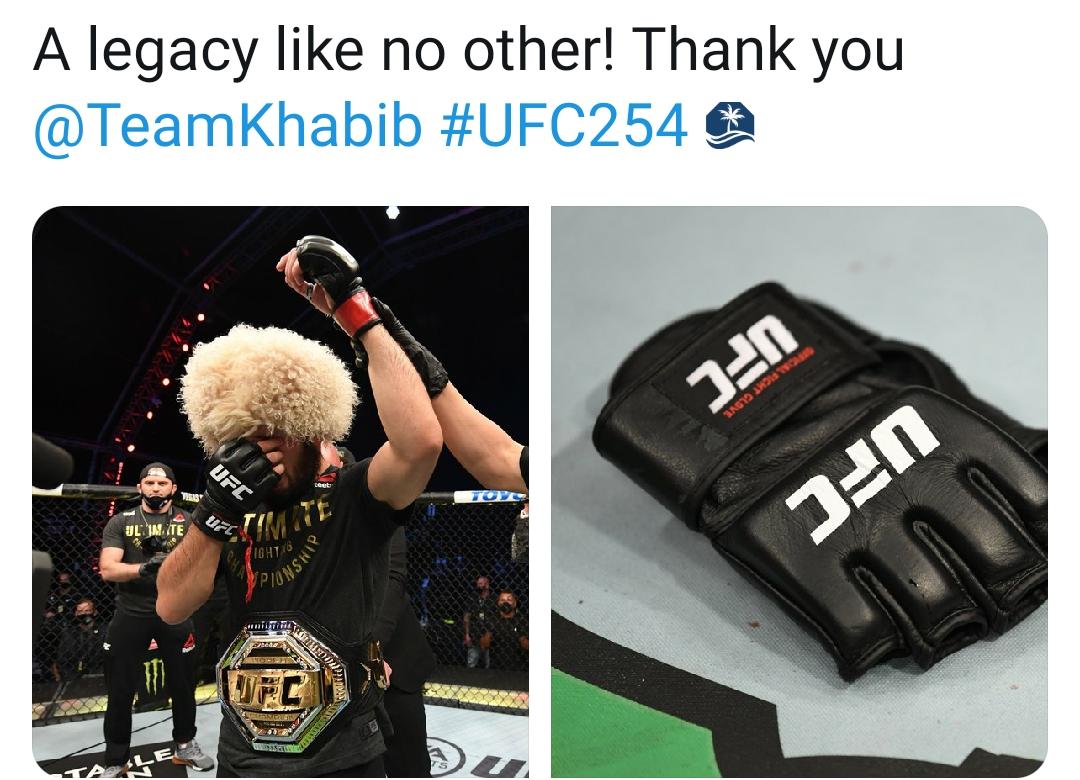 Khabib retires as the greatest legend in MMA history.

After defeating the interim lightweight champion Justin Gaethje in the second round from a triangle choke, Khabib hanged his gloves in the Octagon. The reason for Khabib Nurmagomedov’s retirement, it seems, is quite simple. He had lost his father and lifetime coach Abdulmanap Nurmagomedov due to complications arising from Covid-19. It seems this loss took a huge emotional toll on Khabib and his family.

He said in his post-fight interview with Jon Anik that his mother had asked him not to fight anymore without his father and he had promised her that this will be the last fight.

Knowing Khabib, the emphasis he places on keeping his word and his closeness to his family, it seems highly unlikely that we will ever see “The Eagle” back in the Octagon again.

He becomes the first UFC fighter to retire as a champion and undefeated. A legacy like no other! 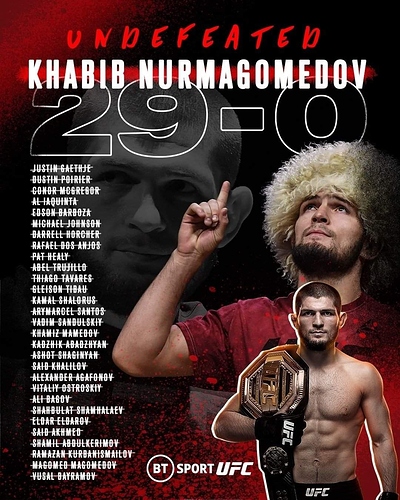 After defeating Justin Gaethje and improving to 29-0 at UFC 254, Khabib Nurmagomedov announced the performance would be the last time he fought in the Octagon. The lightweight champion won 13 contests while with the UFC. 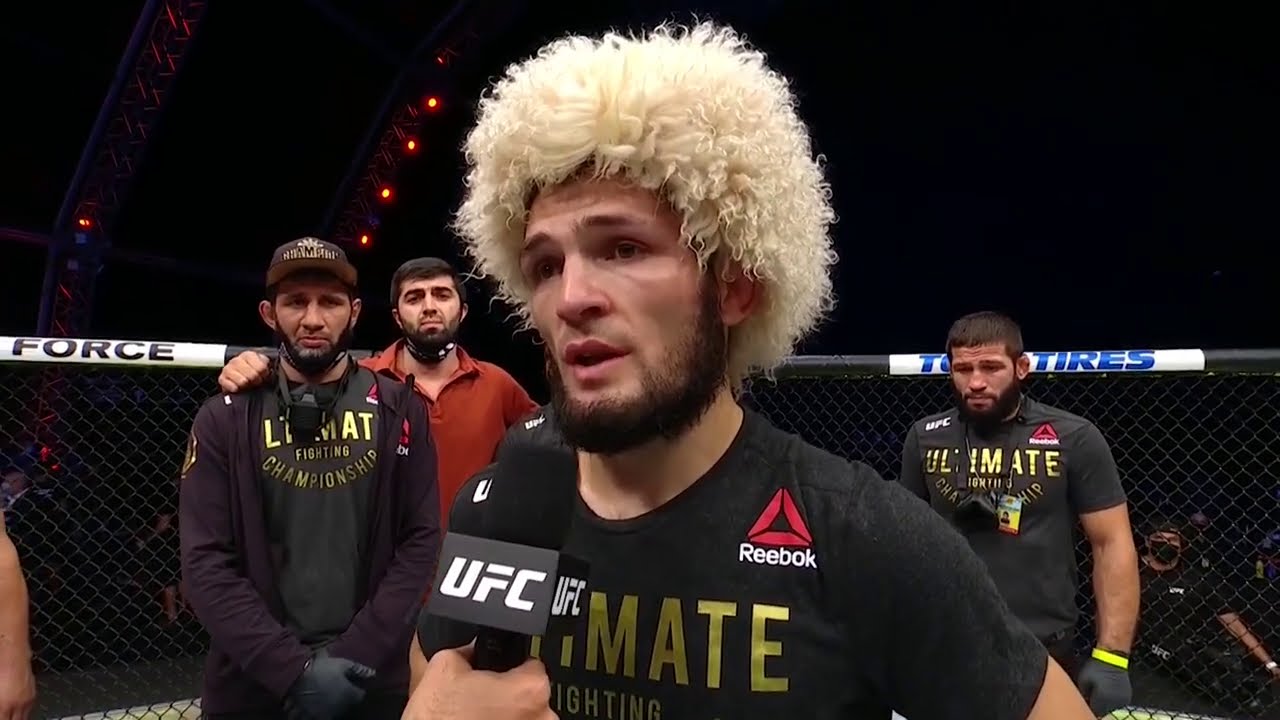 There are many reasons for him retiring. One reason is his father’s death. The other, he goes as the greatest fighter in UFC history with an unbeaten record of 29-0. Has taken over the best of opponents and has single handedly thrashed them. Athletes usually want to retire on a high note just like Mayweather.

Also he has 10 members in his team who will step up to the octagon soon so we can expect Khabib as a coach just like his father soon.

Gaethje was one of the most violent opponent and the underdog most people wanted to win and destroy Khabib’s legacy. Also he had promised his mother that Gaethje will be his last opponent. He doesnt wish to fight without his father being on his side. Khabib is a man of his words.

Khabib retires as the greatest Pound for Pound fighter in UFC History. 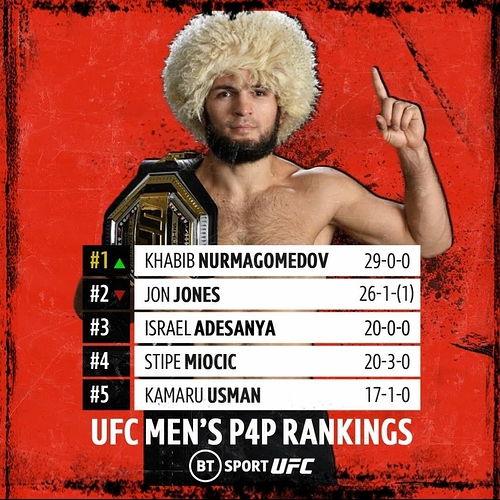