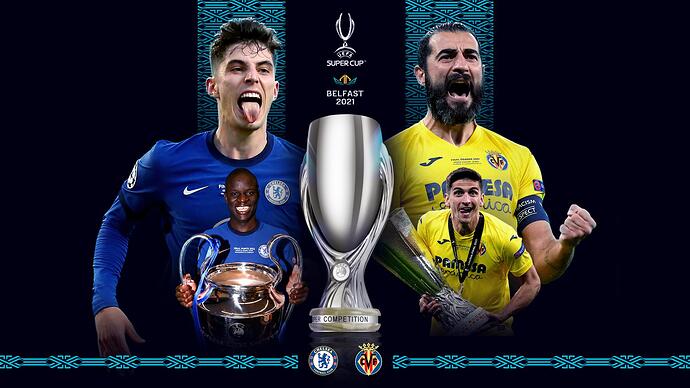 Chelsea will take on Europa League champions Villarreal at Windsor Park in Belfast for the UEFA Super Cup tonight.

Chelsea are appearing in this European showpiece fixture for the fifth time after seeing off Manchester City in Porto in May to clinch a second Champions League triumph.

Villarreal outclassed Manchester United in an epic penalty shootout after a tense 1-1 draw in Gdansk to secure their first major trophy and a fourth Europa League success for ex-Arsenal boss Unai Emery, who beat his former club along the way.

Chelsea vs Villarreal in the Uefa Super Cup is scheduled for an 8pm BST kick-off on Wednesday, August 19, 2021.

Chelsea looking to complete their £97.5m acquisition of striker Romelu Lukaku in time to feature in this game. They have until 11pm on Tuesday evening to finalise their squad list, so the clock is ticking.

Elsewhere, expect Thomas Tuchel to hand some much-needed minutes to the likes of Mason Mount, Ben Chilwell, Reece James and Jorginho - all of whom have only just returned from their extended holidays.

Emery has some big issues to deal with. Firstly, winger Samu Chukwueze remains sidelined with a hip injury, while centre-back Pau Torres has only just finished at the Olympics with Spain and will likely be handed a rest.

Star striker Gerard Moreno is expected to start after returning to training last week, and he may be joined by new signing Boulaye Dia, who completed a £10m switch from Stade Reims last month.

Chelsea have only lost two of their last 12 games against Spanish opposition in European competitions (W5 D5). They were unbeaten in their six encounters against teams from Spain during the triumphant 2020/21 Champions League (W4 D2). 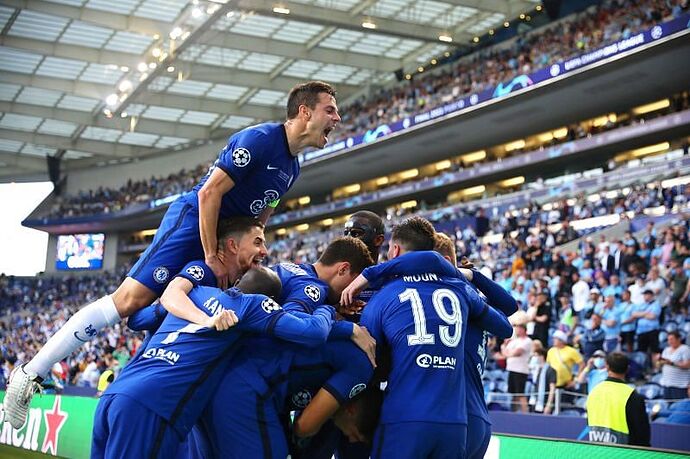 Villarreal are unbeaten in their last 15 games in European competition (W12 D3), with the most recent three coming against English opponents in the last season’s Europa League. 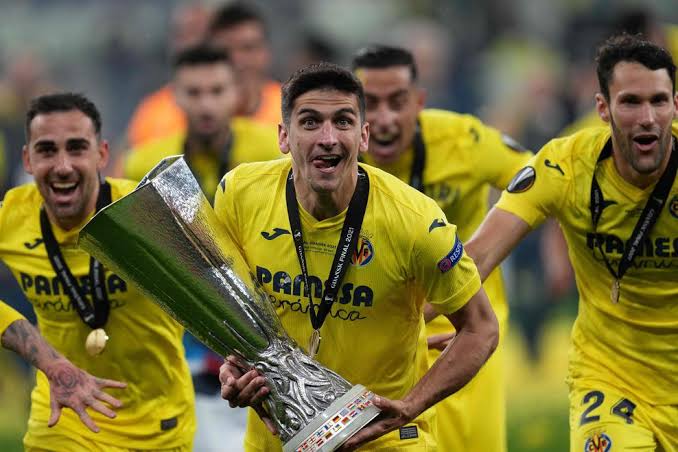 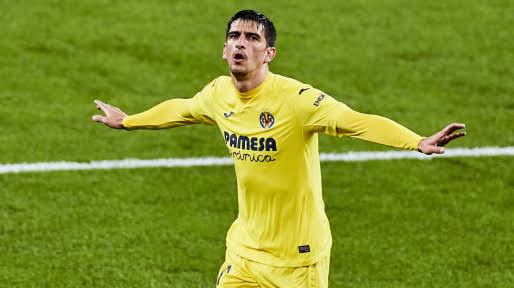 Chelsea will be appearing in the UEFA Super Cup for the fifth time in 2021 – since winning their first one in 1998 vs Real Madrid, the Blues have failed to lift the trophy in each of their last three attempts. 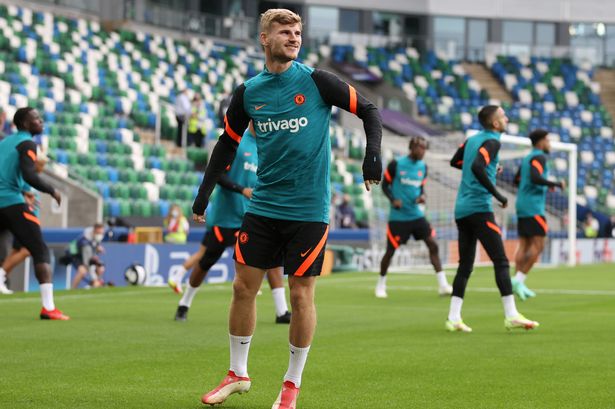 Edouard Mendy kept nine clean sheets for Chelsea in the UEFA Champions League 2020/21 – the most ever by a goalkeeper in their debut season in the competition. 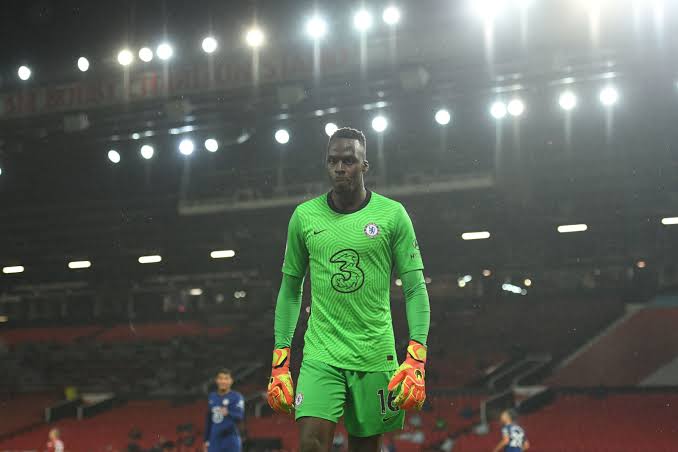 6 - Villarreal could become the sixth different Spanish team to win the UEFA Super Cup, which would set a new record for the most different teams from a single nation to have won the trophy (the current record is five, held by both Spain 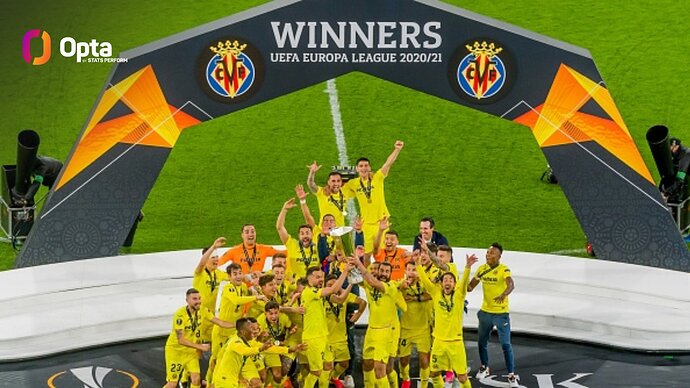 7 - The Champions League winners have won seven of the last eight UEFA Super Cups, with the exception being Atlético Madrid’s 4-2 win over Real Madrid in 2018. 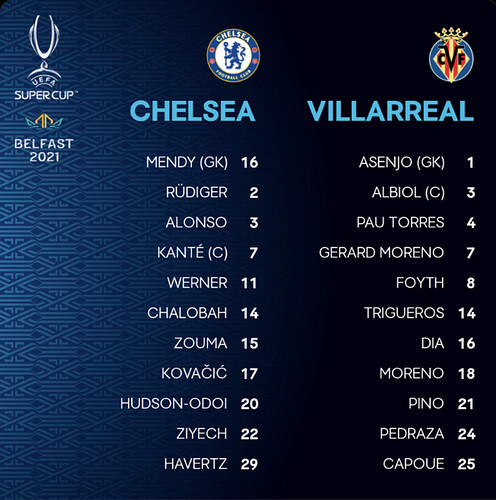 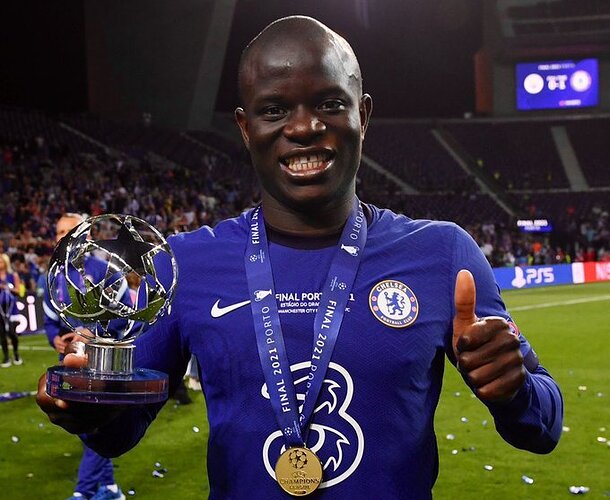 Unai Emery has won more Europa League titles than any other manager but never won the UEFA Super Cup: 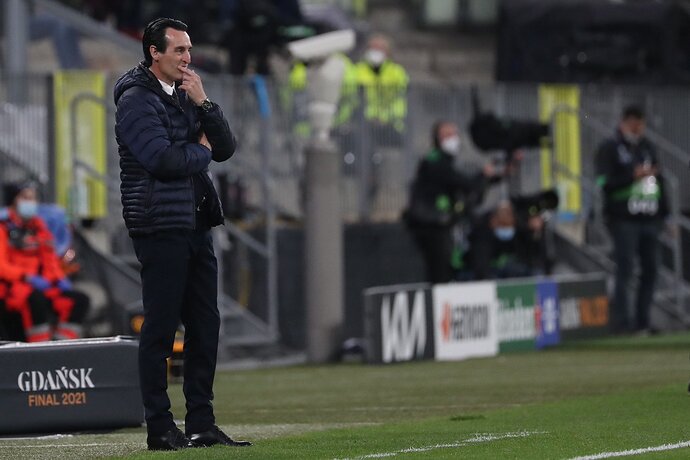 Hakim Ziyech opens the scoring for Chelsea in the Super Cup

Hakim Ziyech is the first ever Moroccan player to score in the UEFA Super Cup.

And he look pumped up. 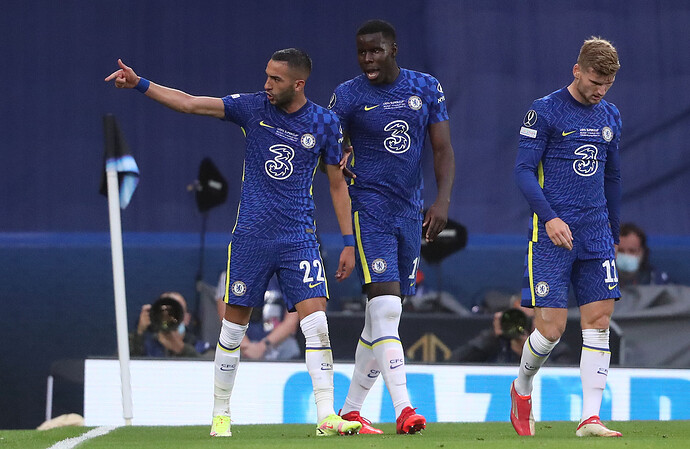 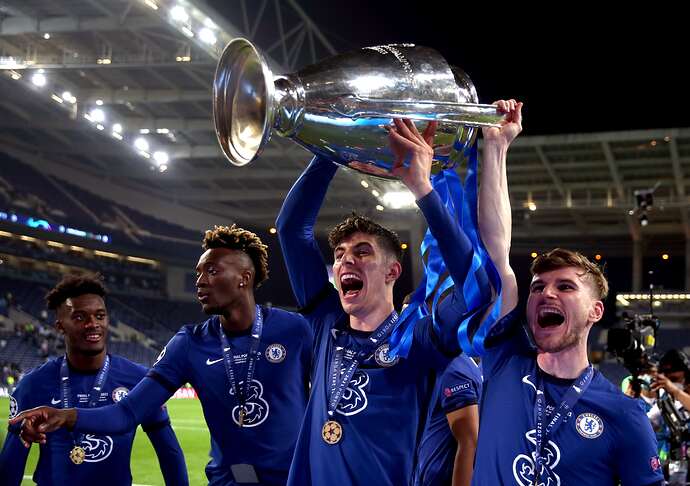 As well as scoring the opening goal, Hakim Ziyech created more chances (4) than the entire Villarreal side combined (3) during his 40 minutes on the pitch. 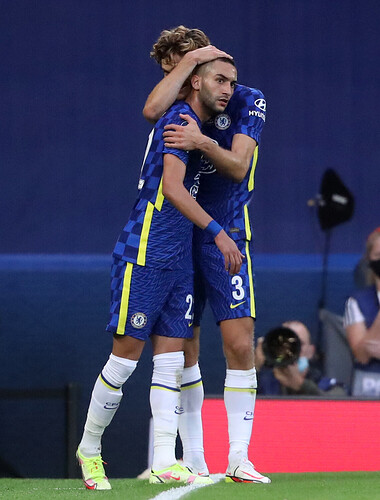 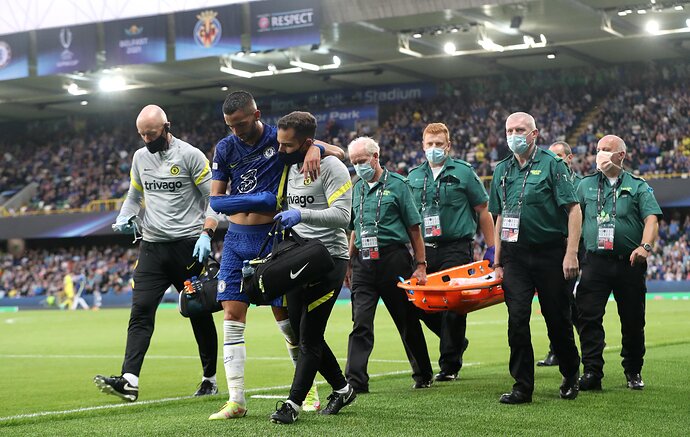 Kai Havertz sets up Hakim Ziyech for the only goal of the game so far. Alberto Moreno smashes the crossbar right at the end of the half. 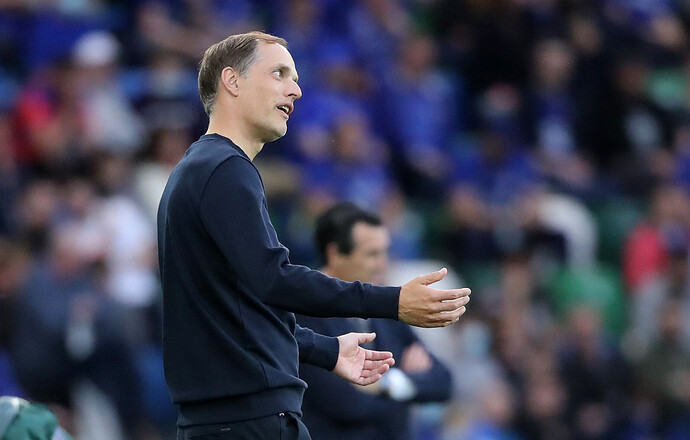 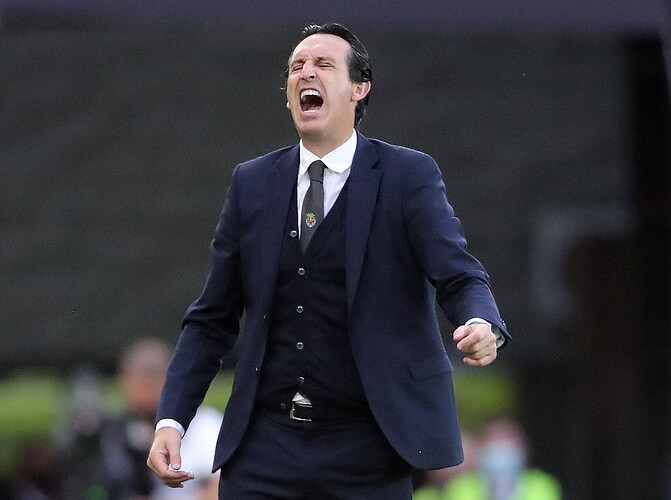