Last-minute madness at the Emirates… 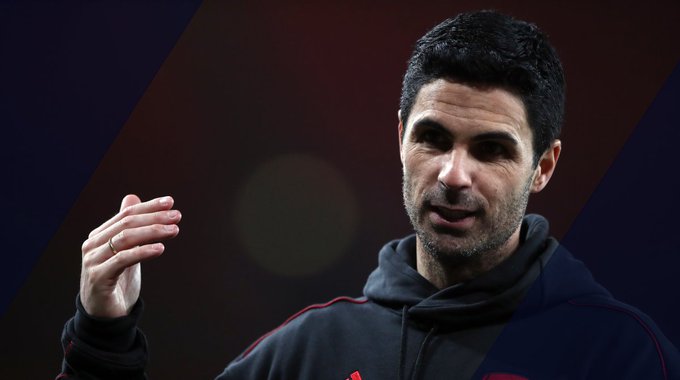 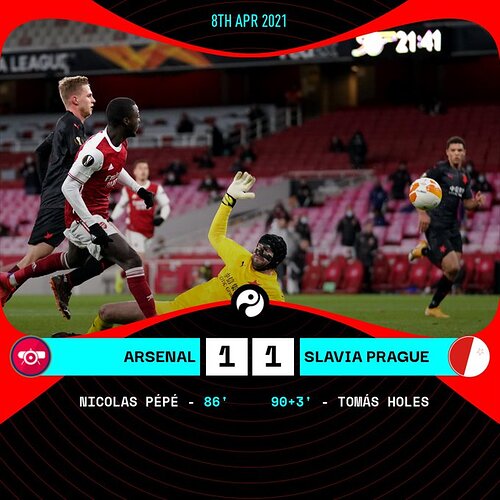 Two away goals and a clean sheet for Ole Gunnar Solskjaer’s men. 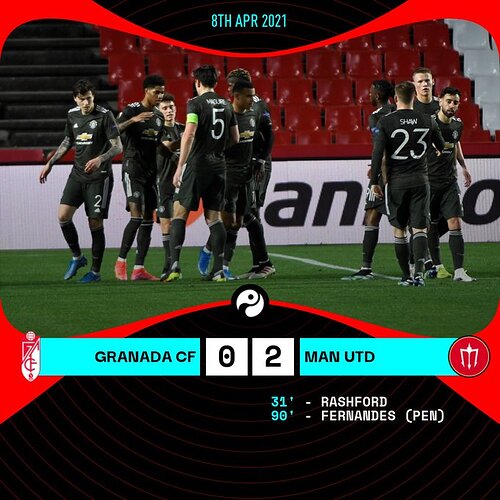 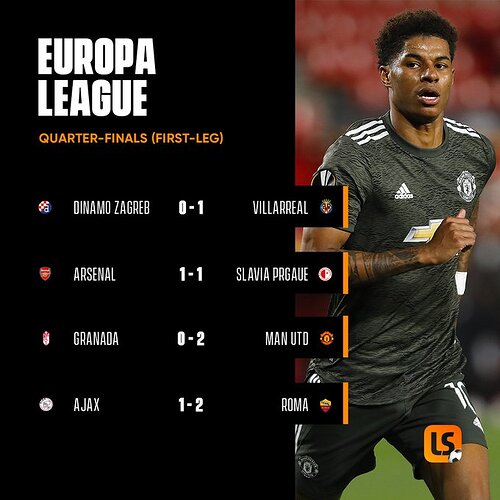 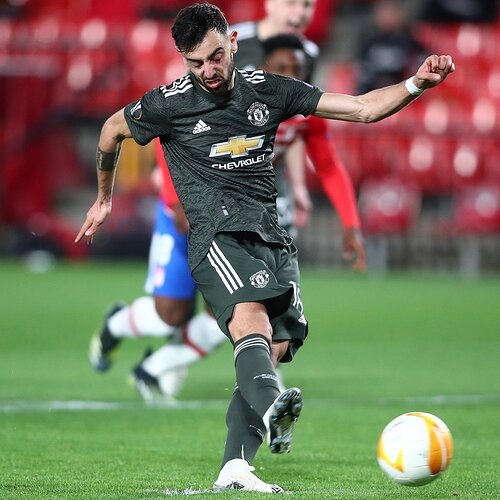 Roma got the important 2:1 win away to Ajax, mainly thanks to the fantastic display of their goalkeeper Pau López:

6 saves from inside the box 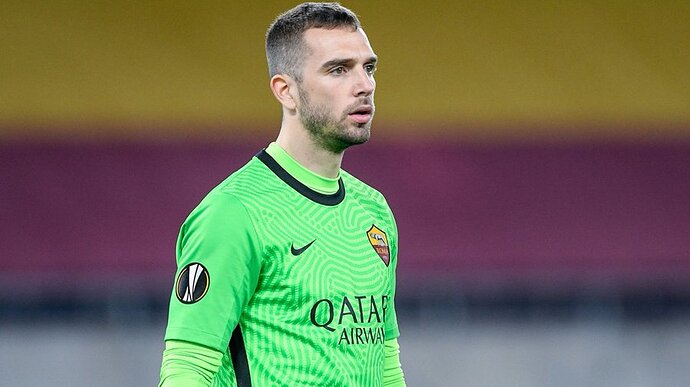 Slavia Prague’s last five matches in the UEL have been against British clubs:

Arsenal drew 1:1 with Slavia Praha, with Bukayo Saka as their main man: 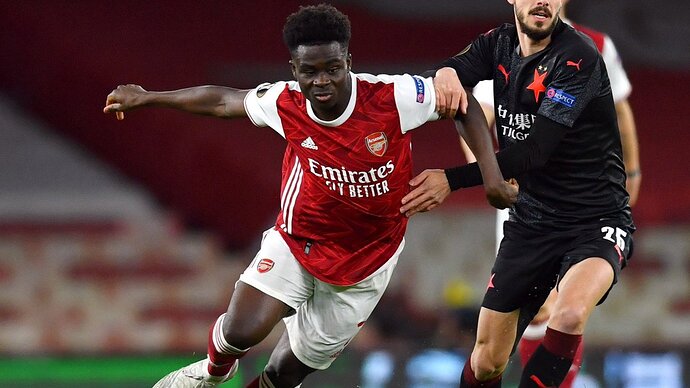 The last time Arsenal kept a clean sheet was against Manchester United in January. 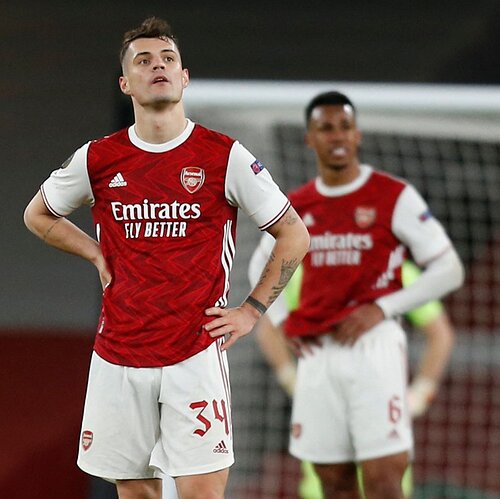 Only Erling Haaland (10) has scored more goals than Marcus Rashford (8) in European competition this season. 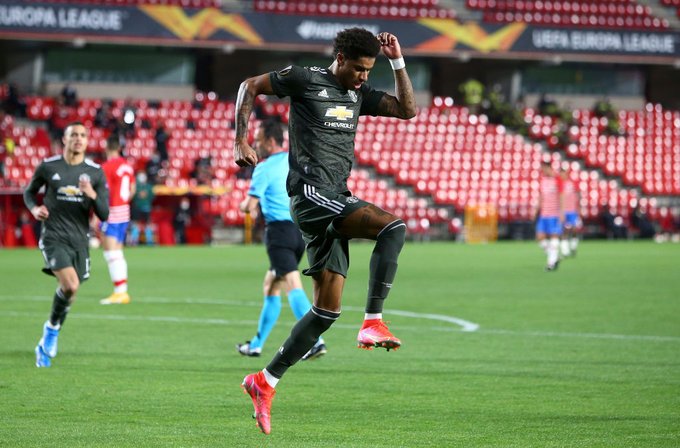 Bruno Fernandes: Man of the Match vs Granada 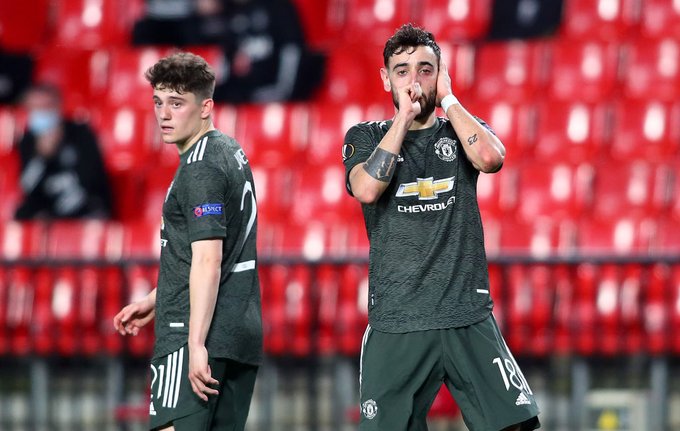 Which team will progress to the next round? 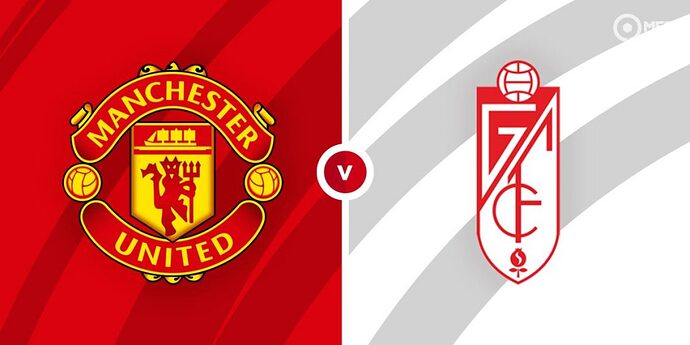 Manchester United United reached the quarter-finals of the UEFA Europa League by getting past Real Sociedad and AC Milan in the last two knockout rounds, having dropped down to the second-tier competition by finishing third in their Champions League group. The Red Devils have been on a good run of form lately and come into this midweek’s fixture on the back of a come-from-behind 3-1 win over Tottenham Hotspur.

Granada, on the other hand, have been struggling in recent weeks, having only managed to win one of their last five games, that being their most recent fixture – a 2-1 win over Real Valladolid. In the UEFA Europa League, the Nazaries finished runners-up to PSV Eindhoven in Group E before ousting Napoli and Molde in the previous two stages.

The Premier League outfit are without Anthony Martial and Eric Bailly, while Phil Jones remains a long-term absentee.

Granada defender Domingos Duarte and midfielder Luis Milla are both out, although Colombian striker Luis Suarez could be fit enough to start up front having only been on the bench in the first leg.

Manchester United won the first leg of a European tie away from home for the 22nd time - they have progressed from all 21 of their previous such ties. 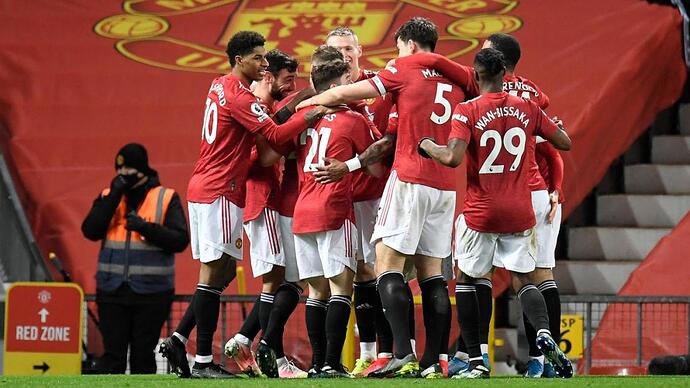 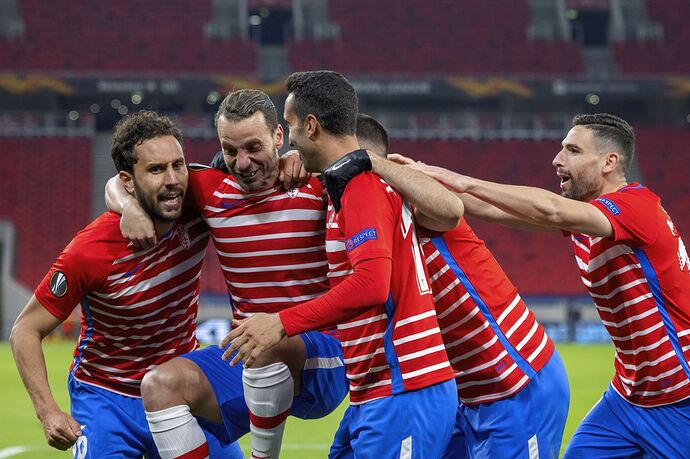