The UEFA Euro 2020 Round of 16 is done and dusted, with the next knockout stage upon us. The quarter-finals of the competition will kick off in St Petersburg on Friday evening. 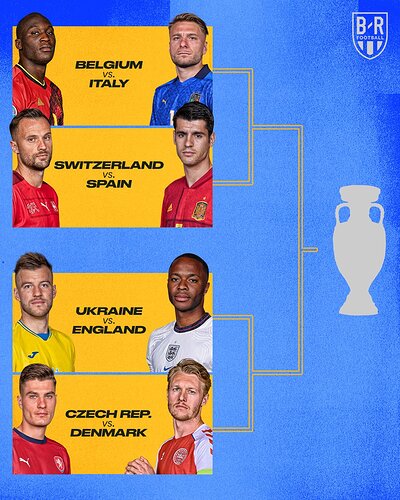 In this thread, we shall be covering all Euro2020 Quarterfinal Fixtures from 2nd to 3rd July

Most ball recoveries made at EURO 2020 so far 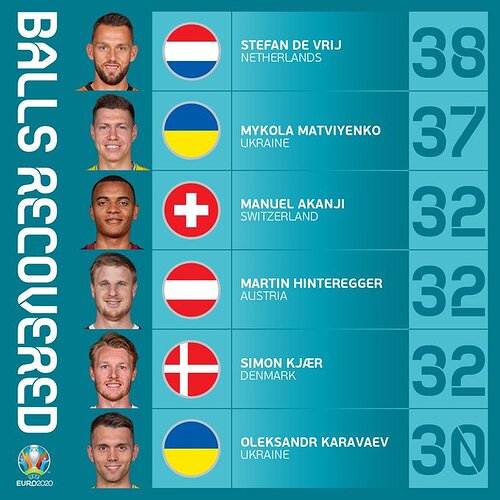 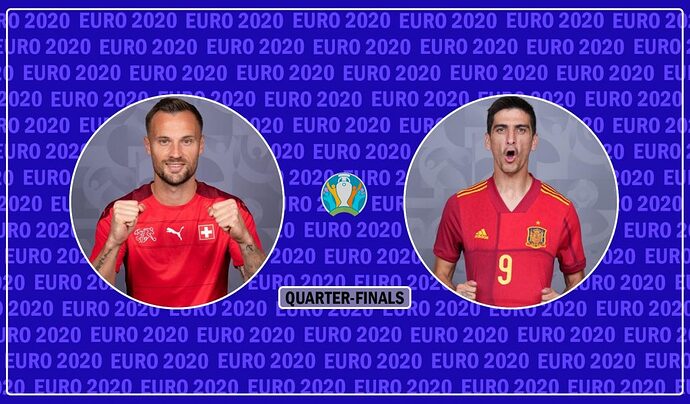 Switzerland produced THE shock result of UEFA Euro 2020 so far, as they came from two goals down to beat France on penalties after their Round of 16 tie had ended in a 3-3 draw. Having only made it to the first knockout round with a win over Turkey on Matchday 3 of the group stage, the result against Les Bleus definitely came as a huge surprise.

Spain, on the other hand, also saw their game go right down to the deep end, as they needed extra time to get the better of Croatia, with the pulsating encounter ending in a 5-3 win for them. The last two performances have been quite promising on the offensive front, although defensively, they did leave a lot to be desired during Croatia’s late onslaught. Otherwise, Spain have been quite solid at the back.

Switzerland and Spain played out a 1-1 draw the last time they faced off against each other, in a UEFA Nations League clash last year, with Remo Freuler and Gerard Moreno on target.

Switzerland will be without suspended captain Granit Xhaka after the inspirational Arsenal midfielder received his second booking of the tournament against France. Denis Zakaria should come into the team.

For Spain, Jordi Alba is expected to return after being left out of the win over Croatia. Luis Enrique does like to switch things up, even after scoring five goals, but could resist that temptation on Friday night.

Switzerland and Spain have previously met each other on 22 different occasions. Switzerland have only managed one win, with Spain claiming 16 wins (D5). 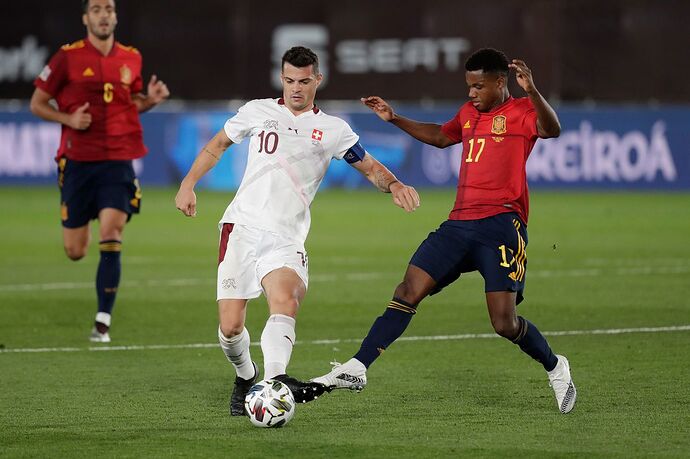 Today’s encounter will be the first meeting between Switzerland and Spain at the European Championship. The three previous clashes at a major international tournament all came at the World Cup, in the 1966, 1994 and 2010 editions, with Spain winning the first two while Switzerland prevailed 11 years ago. 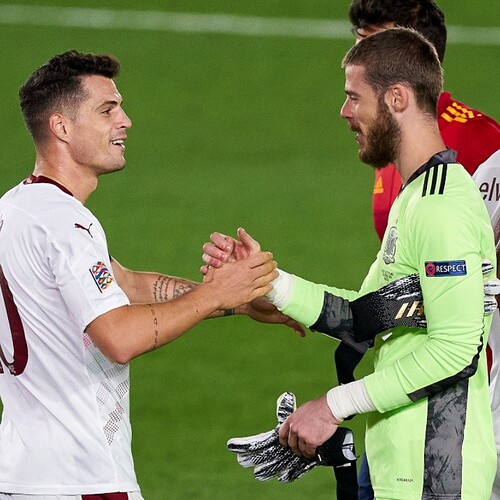 This is Switzerland’s fourth appearance in the quarter-finals of a major international competition and their first in the European Championship. The Swiss have lost each of their three previous such outings – versus Czechoslovakia (1934), Hungary (1938) and Austria (1954). 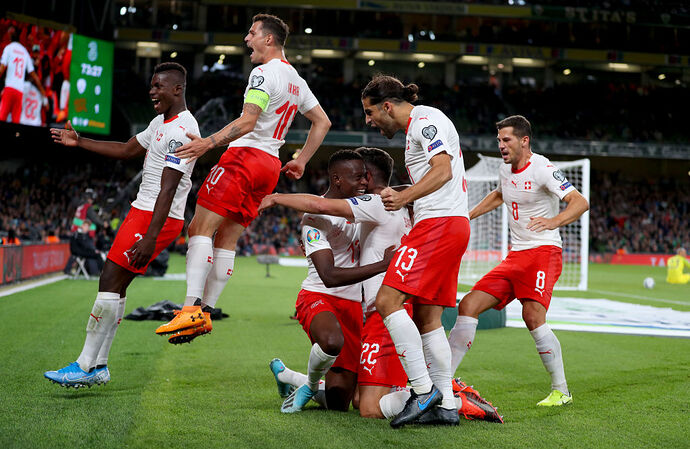 Spain have become the first team in European Championship history to score five or more goals in successive games. La Roja had not scored more than four goals in any of their 42 previous match-ups in the competition. 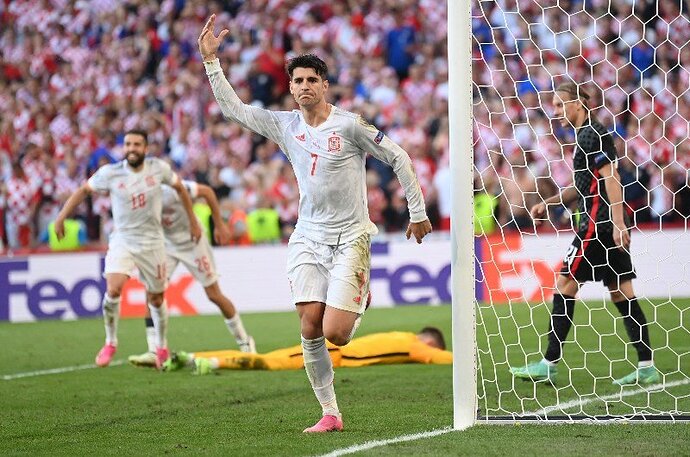 Switzerland have scored at least three goals in each of their last two European Championship games, having never found the back of the net more than twice in any of their previous 15 matches in the competition. Switzerland last scored three or more goals in three successive outings in all competitions in October 2017. 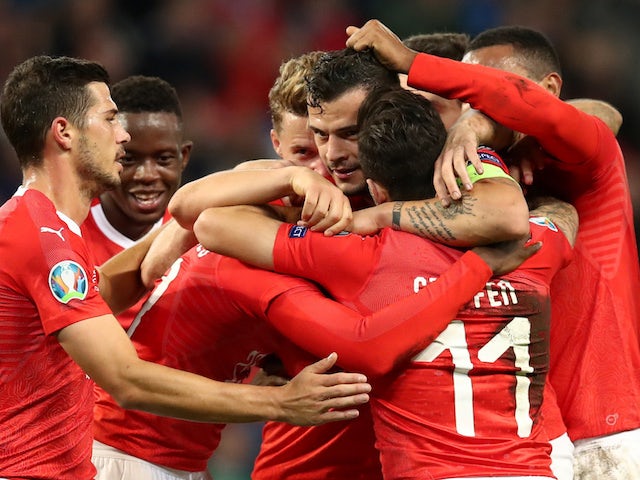 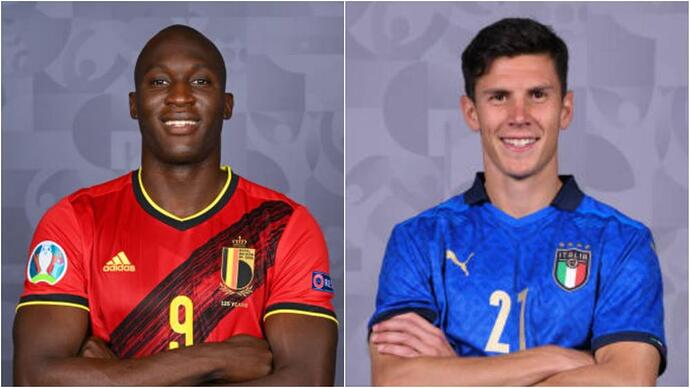 Belgium, the No. 1 ranked team in the world, have been playing just like it, looking unstoppable so far at the European Championship. Barring a slow first-half in the Group B game against Denmark, Roberto Martinez’s Red Devils have been the team to beat, winning each of their group fixtures before toppling the defending champions, Portugal, in the Round of 16 contest, to set up what will be their sternest test of the tournament so far.

Italy, like Belgium, have been on the money for large parts of the competition. Three comfortable victories in Group A over Turkey, Switzerland and Wales meant they cruised through to the Round of 16 easily but were made to work hard by a resilient Austrian side as Roberto Mancini’s Azzurri picked up a hard-fought 2-1 win after extra time to set a date with the best-ranked team in Munich this week.

The last time Italy and Belgium locked horns with each other was five years ago in the UEFA Euro 2016, where the Azzurri triumphed 2-0 in a group game.

Belgium coach Roberto Martinez says he will wait to the last minute to decide whether Kevin De Bruyne and Eden Hazard will play.

De Bruyne rolled an ankle and Hazard’s hamstring troubles returned in the closing stages. Dries Mertens and Yannick Carrasco would come in if the pair are not fit to start.

Italy are sweating over the fitness of captain Giorgio Chiellini, who has been nursing a calf injury. Otherwise, Roberto Mancini has a clean bill of health.

This will be the fifth meeting between Belgium and Italy at a major tournament - all four previous meetings came in the group stages, in the 1954 World Cup and European Championship in 1980, 2000 and 2016. Italy avoided defeat in all four matches, winning three and drawing one. 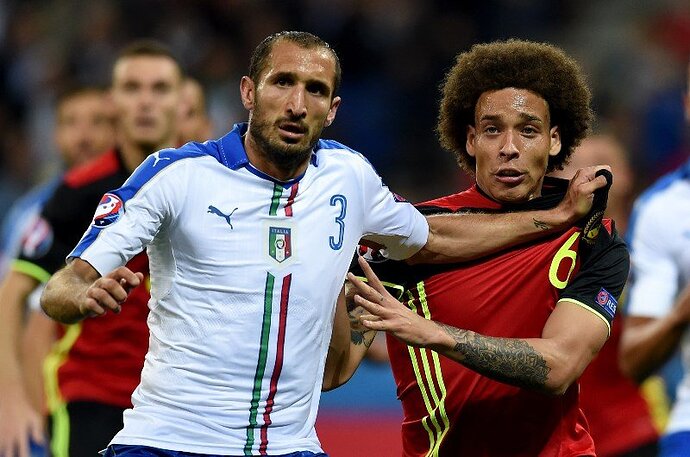 Against no side have Belgium played more games at major tournaments without winning than Italy (4, level with France and Germany) while the only European nations Italy have faced more often at the same tournaments without losing are Germany (9) and Austria (5). 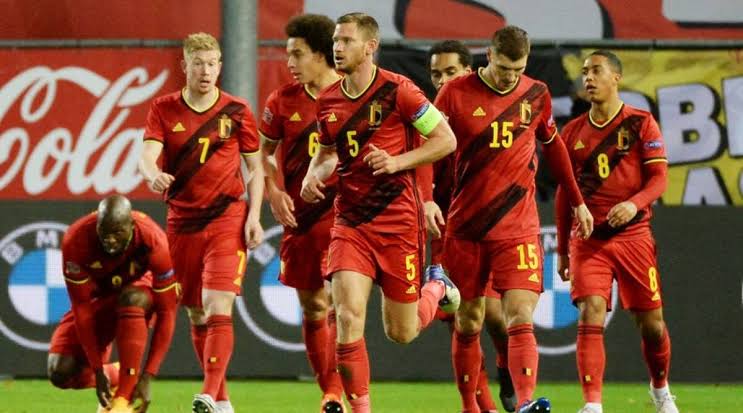 Italy have won all four of their matches at EURO 2020; they have never won five consecutive games at the European Championship finals, while only twice previously have they won five or more in a row at any major tournament (World Cup/Euros), winning seven in a row at the World Cup from 1934 to 1938 and five in succession at the World Cup in 1990. 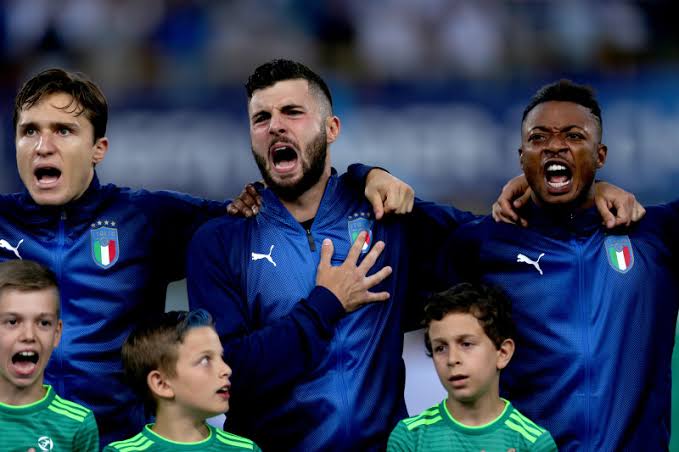 Belgium have won seven of their last eight matches at the European Championships - the exception in this run was at this stage at Euro 2016, when they lost 3-1 to Wales. 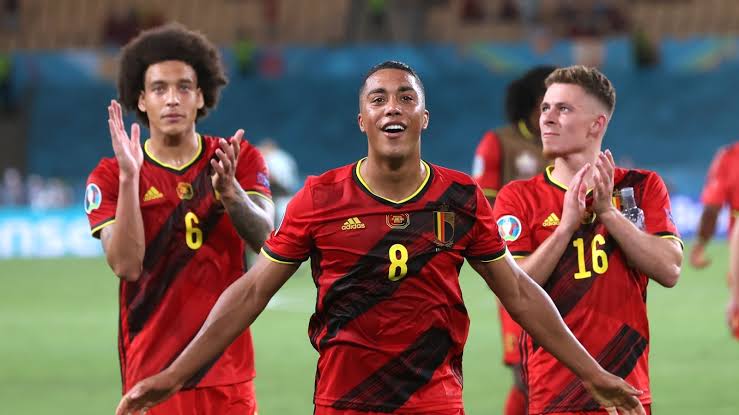 Most ball recoveries made at EURO 2020 so far

They clawed their way into the QF!

None of the leading / ex-champions teams in this list…Too complacent huh!?

DID YOU KNOW!!!
Players from English leagues have racked up nearly twice as much game time at Euro 2020 than any other country in the world. 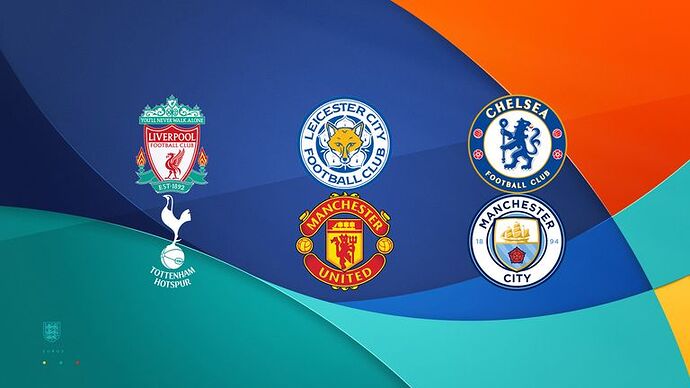 Belgium boss Roberto Martinez will give Kevin De Bruyne and Eden Hazard until the last minute to prove their fitness ahead of Friday night’s Euro 2020 quarter-final clash with Italy. 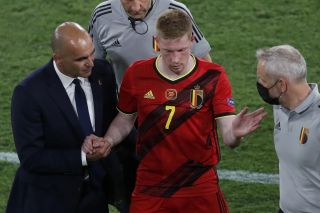 That Ben Watson’s winning goal in Wigan’s FA Cup final win over Man City in 2013. They haven’t faced each other since 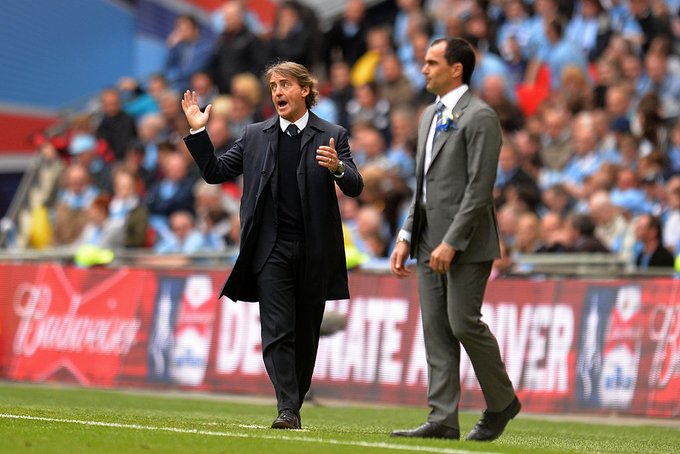 The line-ups of Switzerland vs Spain have been announced. 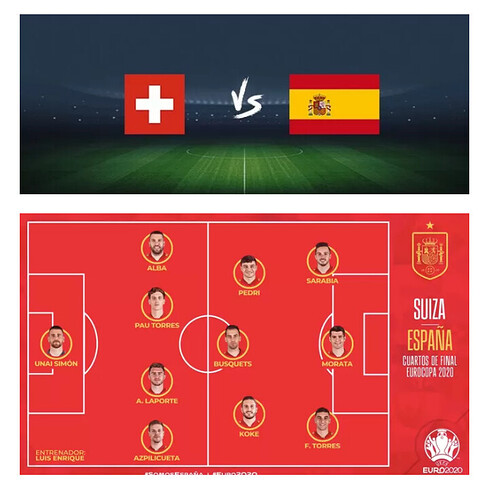