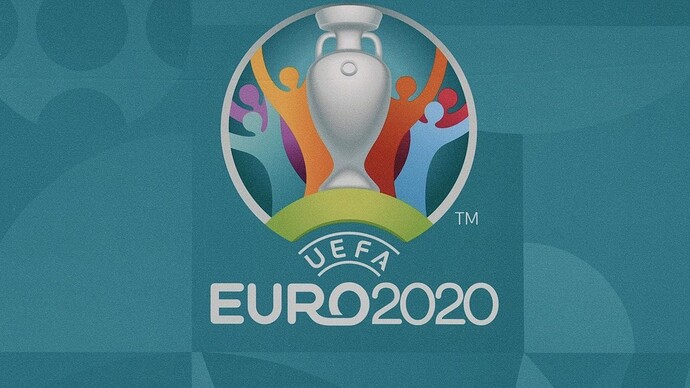 Current Standings in the various Groups 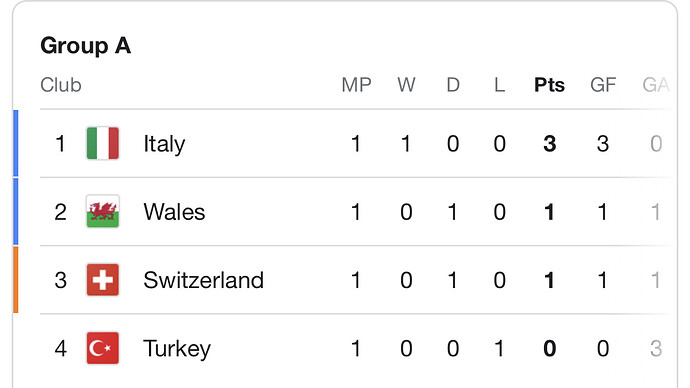 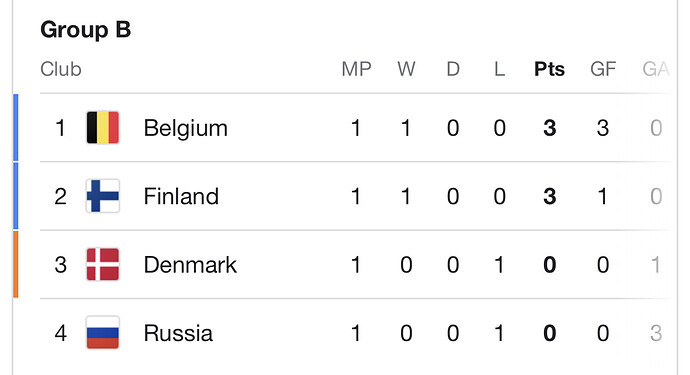 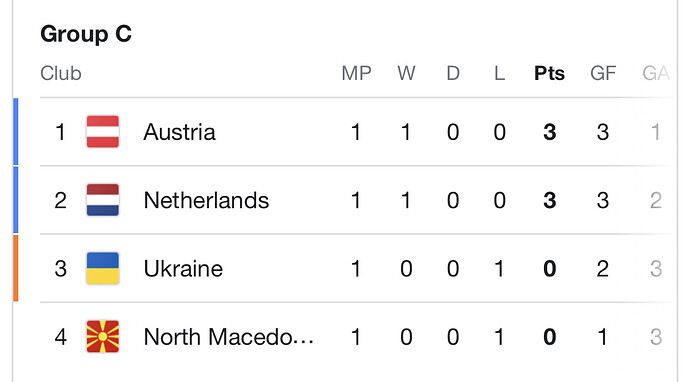 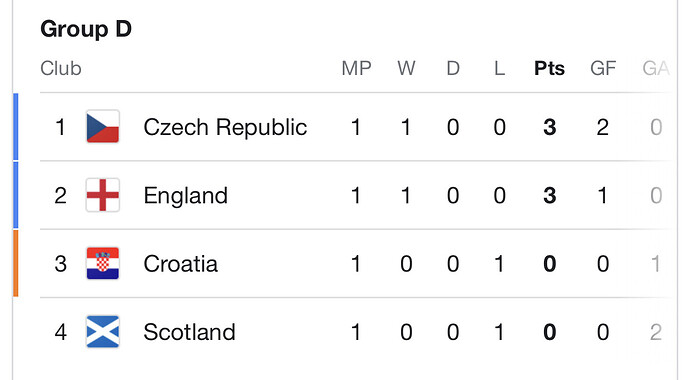 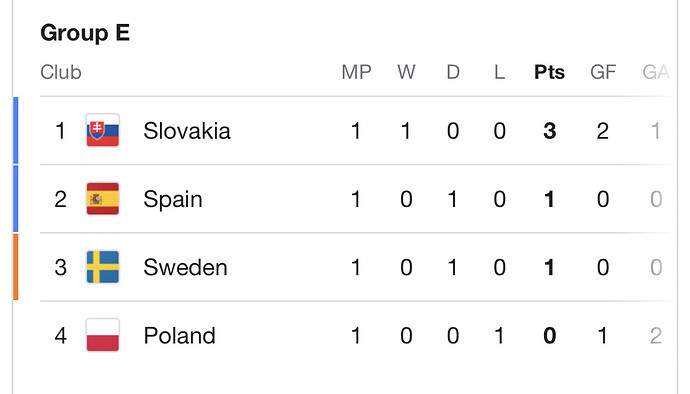 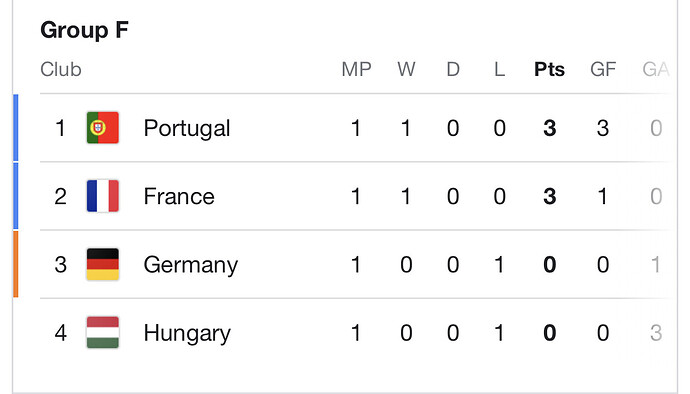 Most goals scored all-time for Finland

Top spot is in his sight for Pukki. 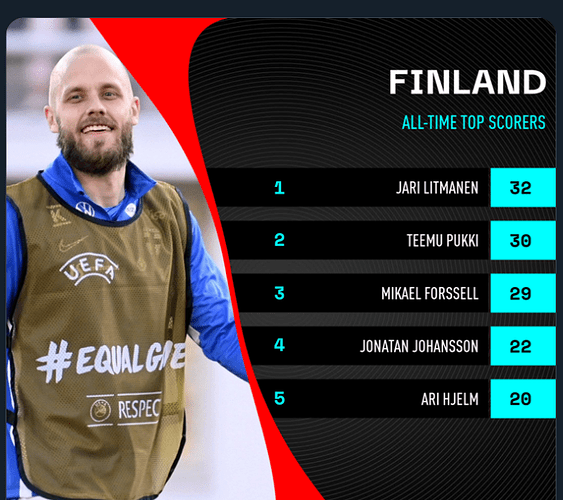 MATCHDAY 2 begins in Russia! Who are you backing?

| Russia have won all four games against Finland

Wales | Wales have won 3 of their 6 meetings with Turkey 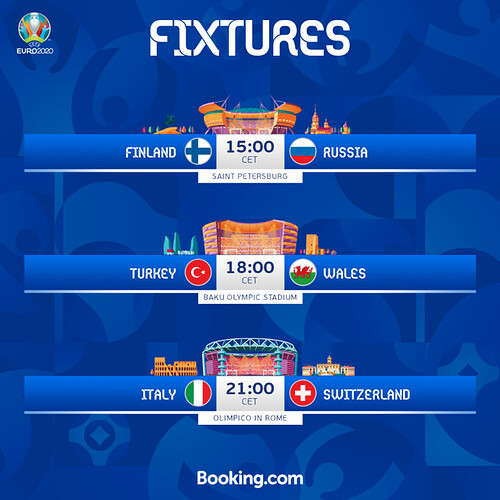 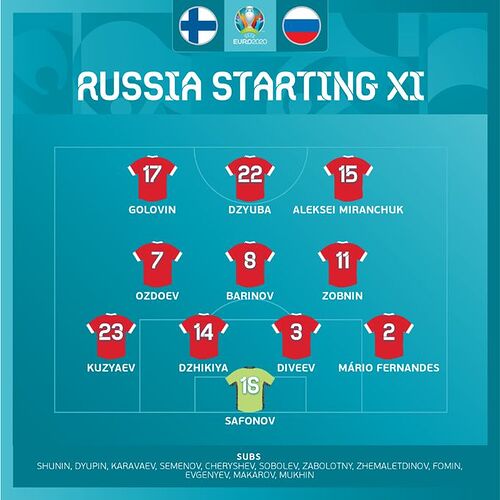 One change for Finland from matchday one, captain Sparv will start on the bench, with Schüller taking his position in the starting XI… 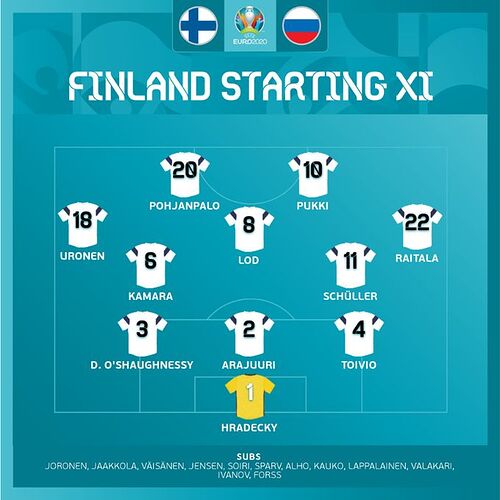 1 - Finland have only scored one goal in their four previous games against Russia, it was back in November 1995 – that goal, scored by Kim Suominen, was netted past goalkeeper Stanislav Cherchesov, now Russia’s current head-coach.

Finland’s players with a message for Christian Eriksen 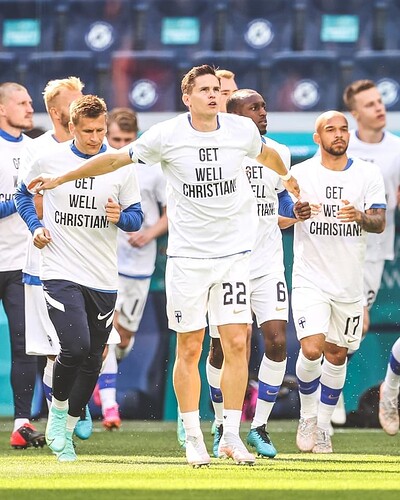 GOAL! Miranchuk puts Russia ahead with a lovely finish on the brink of half-time!

Aleksei Miranchuk has just scored his first goal for the Russian national team since scoring in a European Championship qualifier against San Marino on 19 November 2019.

And what a fine goal it was! 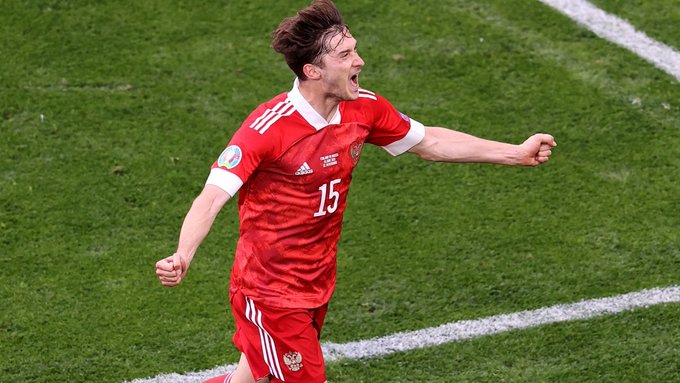 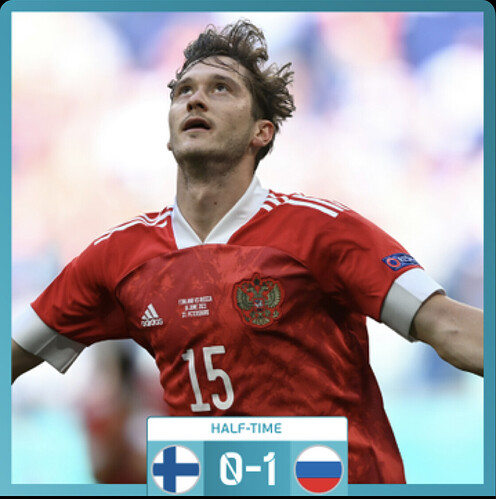 For the first time since 2012, Russia have won a game at the European Championships.

The long streak is finally over… 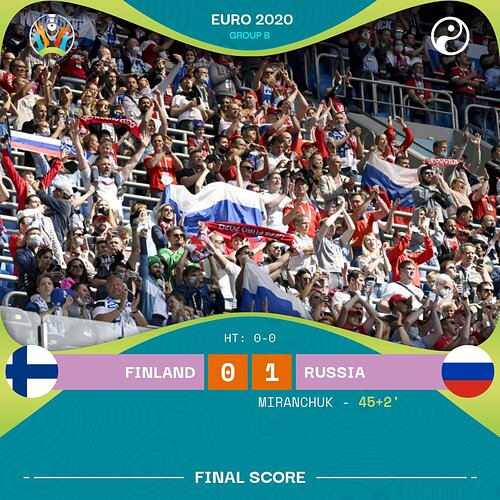 Russia have kept a clean sheet in the European Championships for the first time since 2008 (vs. Sweden). 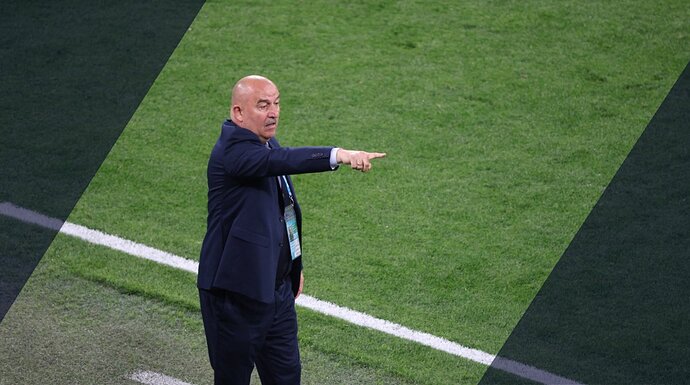 Up next at the Baku Stadium in Azerbaijan see Turkey take on Wales and here is how both team line up for this evening clash: 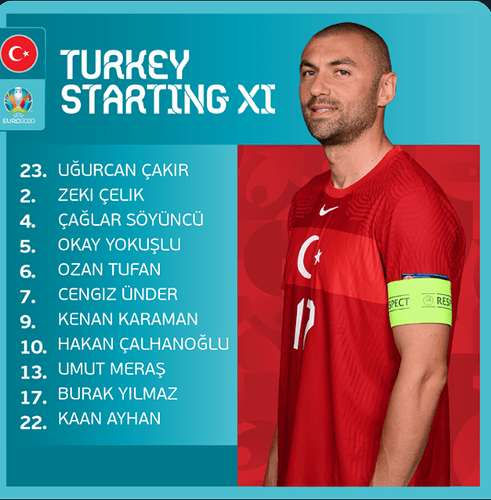 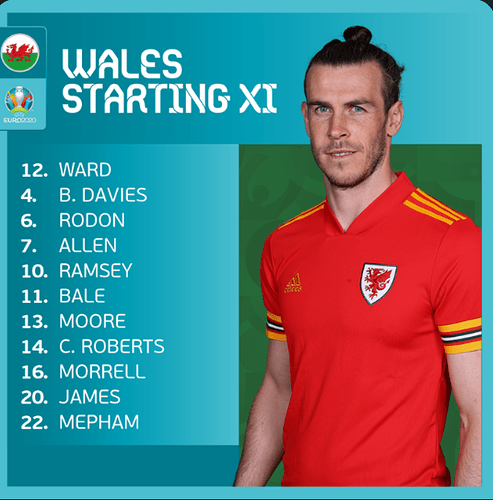 1997 - The last encounter between Turkey and Wales was in August 1997 in a FIFA World Cup qualifier – it produced 10 goals, with Turkey winning 6-4. Four of Turkey’s goals were netted by Hakan Şükür, while current Wales manager Rob Page featured. 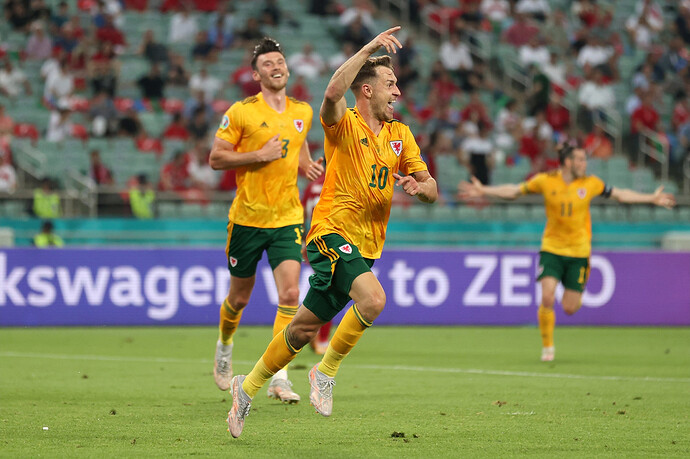 50% - Aaron Ramsey has either scored or assisted exactly half of the 12 total goals that Wales have scored at EUROs tournaments (two goals & four assists). 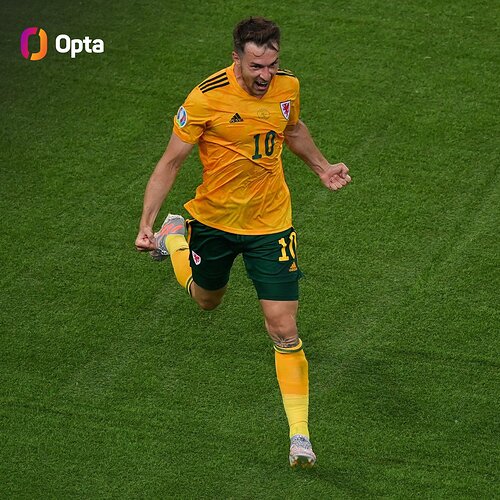 Gareth Bale created three Big Chances in the first half vs Turkey, more than any player has managed in a single game so far at EURO 2020 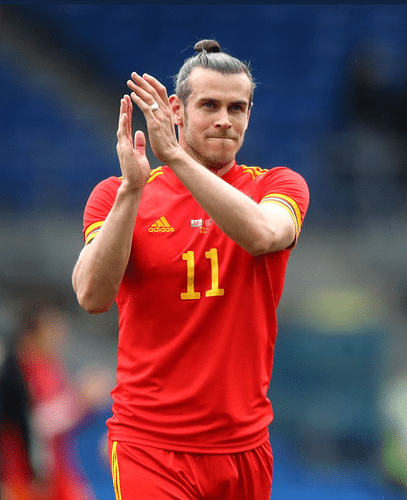 Only Gareth Bale (3) has scored more goals at the Euros than Aaron Ramsey (2) for Wales in the competition’s history.

He could have the record by the end of the tournament. 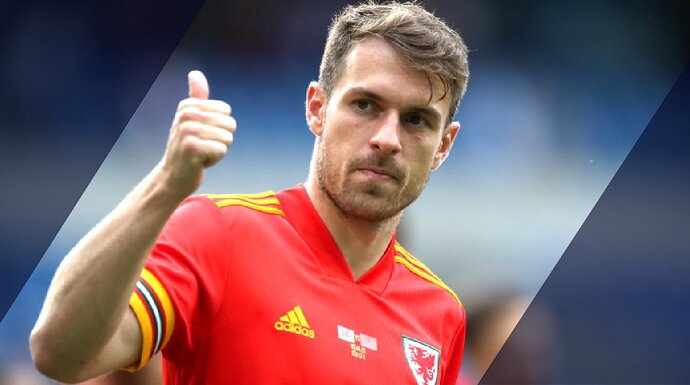 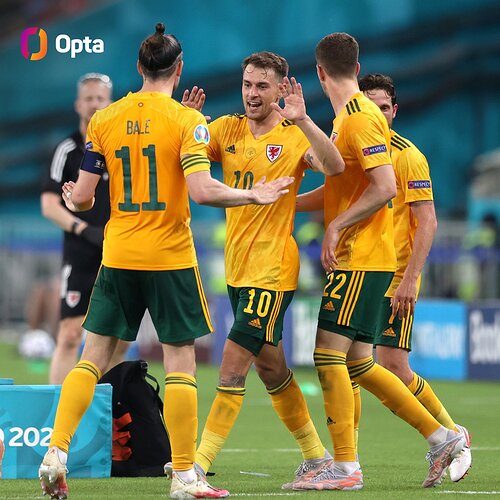 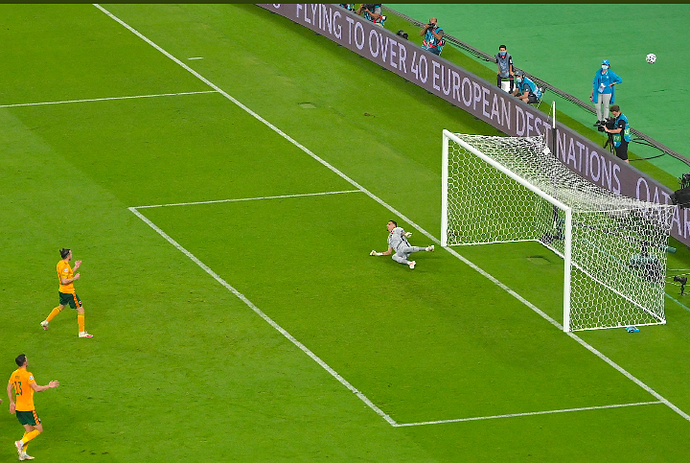