For the first time ever at the European Championships, Italy have scored 3+ goals in a single game.

The power of Nessun Dorma. 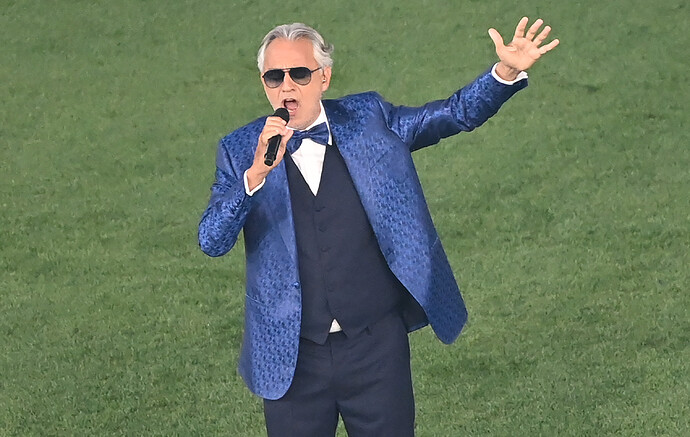 3 - In what is their 39th match in the competition, Italy have scored three goals in a single European Championship fixture for the very first time. 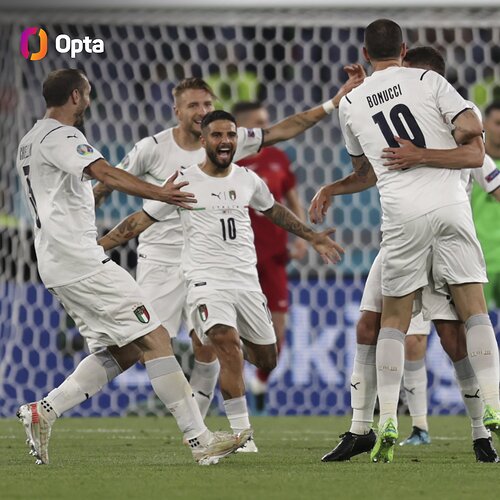 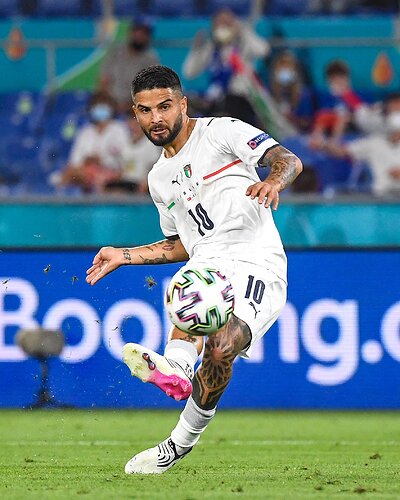 Italy’s one club men now have something else in common. 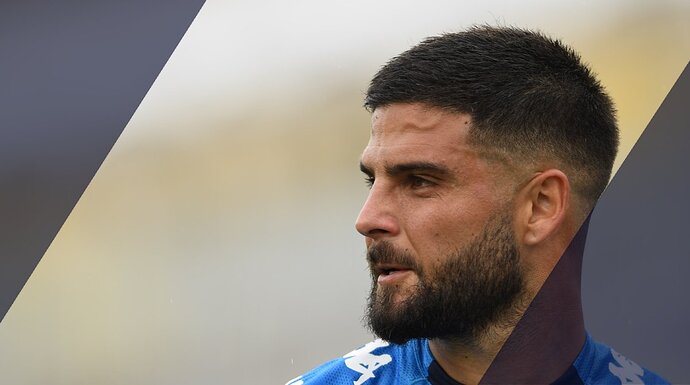 Lorenzo Insigne is flying for the Azzuri at the moment 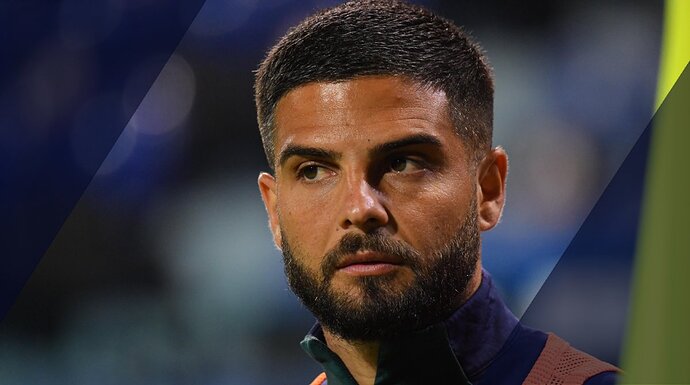 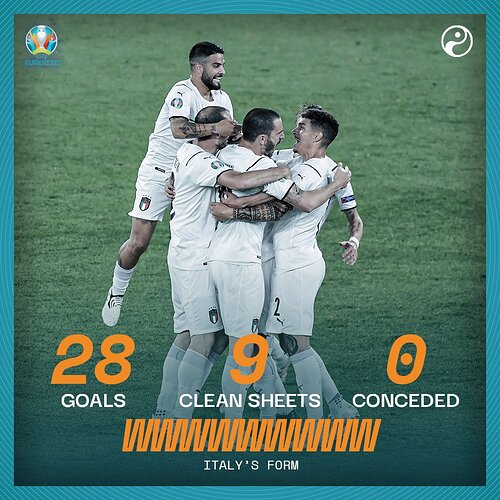 Italy begin the 2020 European Championship with a dominant win against Turkey at the Stadio Olimpico. 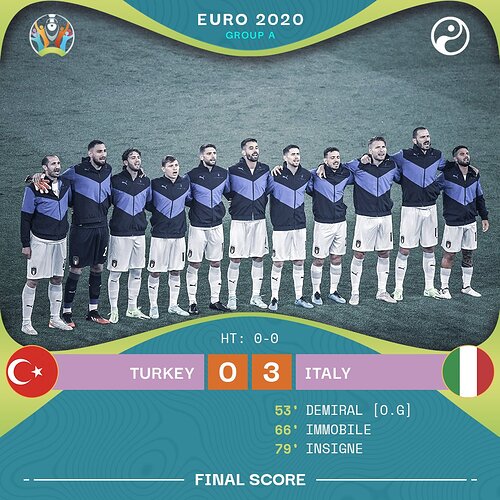 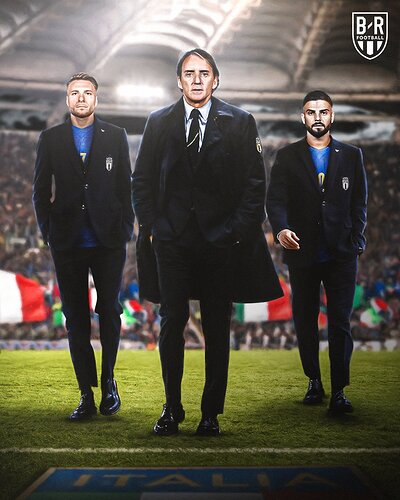 3-0 - Italy’s 3-0 victory over Turkey is the biggest margin of victory in the opening match at a European Championship tournament.

Mancini’s men are on a mission. 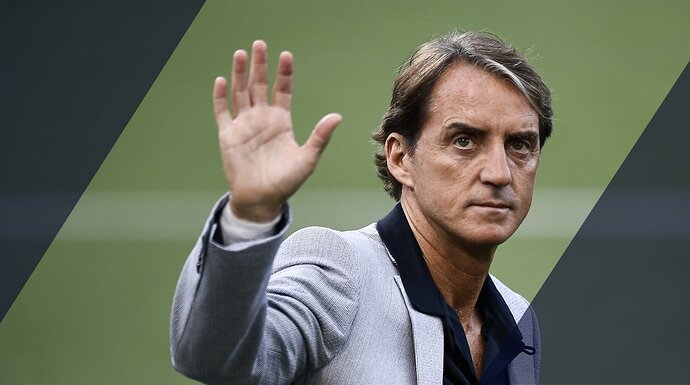 9 - Italy have kept nine consecutive clean sheets, their longest run since keeping 10 in a row between November 1989 and June 1990. 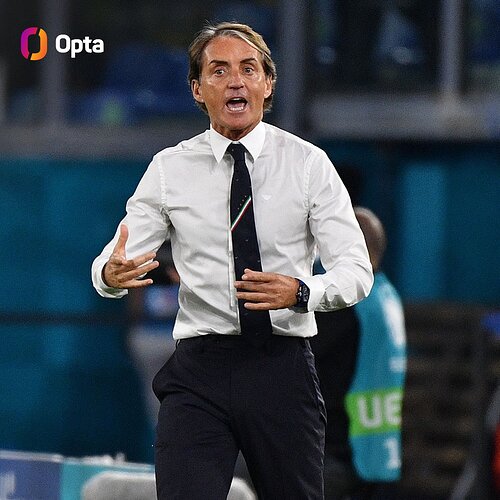 Jorginho’s game by numbers vs. Turkey 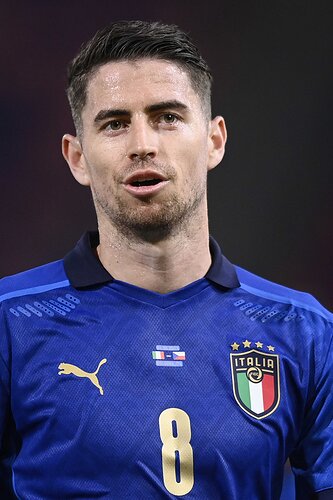 In Euro 2000, Italy and Turkey went head-to-head in their tournament opener: 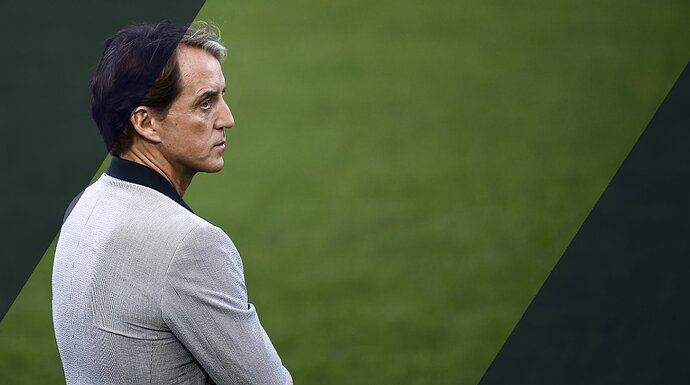 Turkey attempted just three shots against Italy and did not register a shot on target… Roberto Mancini’s side had 24 shots in total. 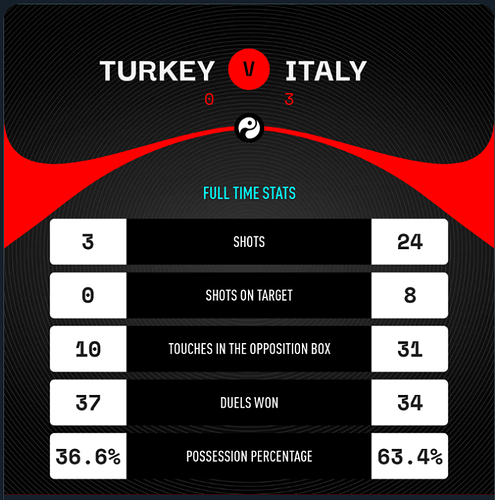 OFFICIAL: Leonardo Spinazzola has been named UEFA Star of the Match for Turkey 0-3 Italy. 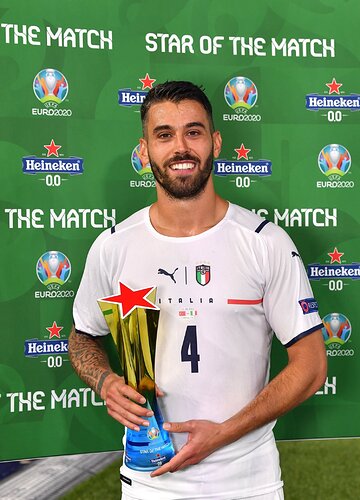 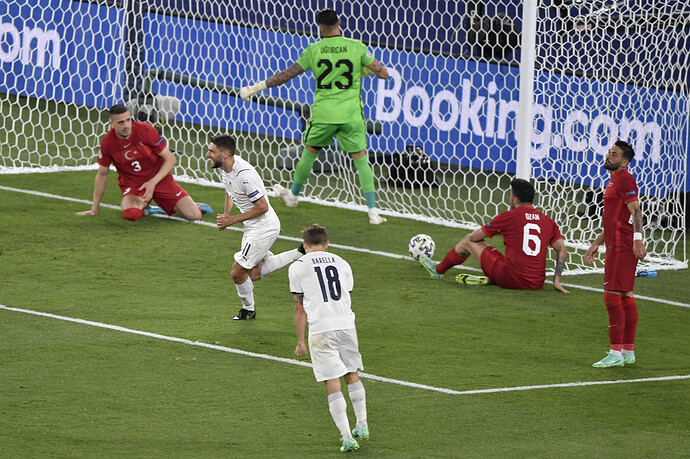 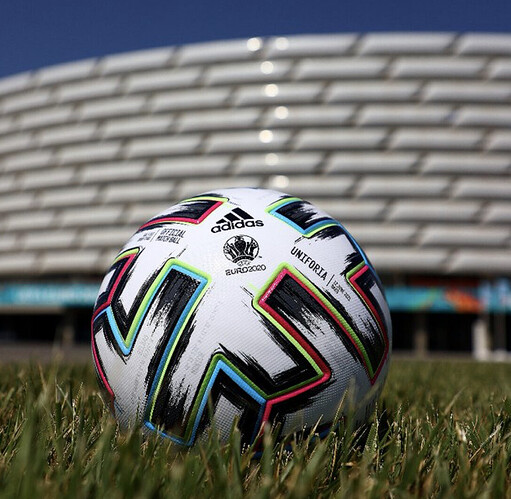 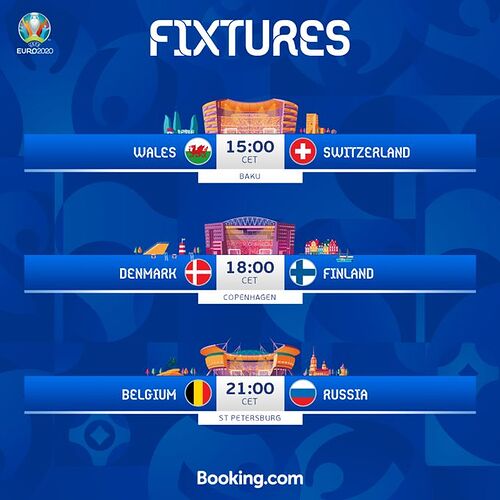 Coach: Robert Page
A former defender who represented a number of clubs including Watford, Sheffield United and Coventry as well as winning 41 caps for Wales, Page started his managerial career with spells at Port Vale and Northampton Town before. He joined the international set-up as Under-21s coach before becoming assistant to the senior side and then taking the top job on a caretaker basis.

Key player: Gareth Bale
Due to turn 32 ﻿this summer, Bale remains the talisman and is Wales’ all-time record marksman. A huge influence on and off the field, he has scored crucial goals throughout his international career since debuting in 2006.

One to watch: Ethan Ampadu
Still only 20, Ampadu’s ability to play in both defence and midfield has enabled him to establish himself for Wales. Comfortable on the ball, Ampadu can play out from deep positions and is a solid presence at the back when not in possession.

Did you know?
Founded in 1876, the Football Association of Wales is the third-oldest national association in world football, behind England (1863) and Scotland (1873). 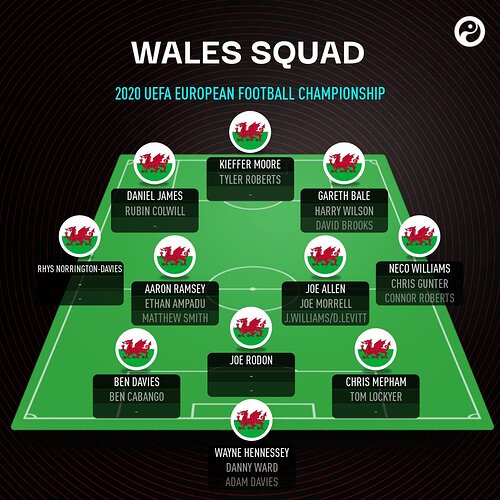