The UEFA Champions League is back this week with Matchday 4 of the group stage of the 2021/22 season. The action this midweek kicks off on Tuesday.

This week the big games include Manchester United at Atalanta, Barcelona at Dynamo Kiev and Chelsea heading to Malmo as the group stage reaches an intriguing point in Matchweek 4 and the back-to-back games against the same opponent are always intriguing. 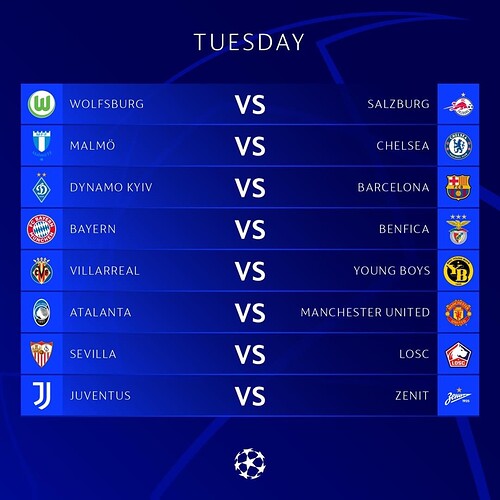 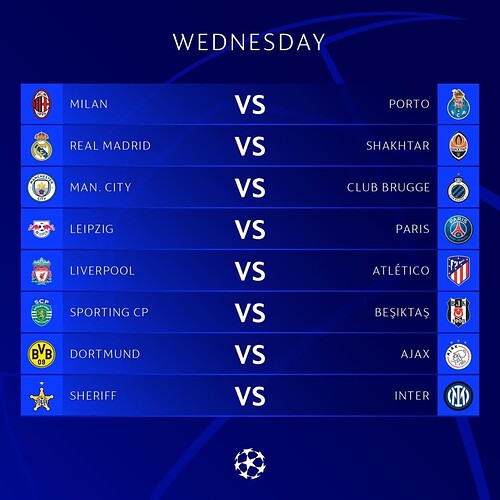 In this thread, we shall be covering all Match-day 4 fixtures from 2nd November to 3rd November. Join us in the discussion and share your views on the various matches. 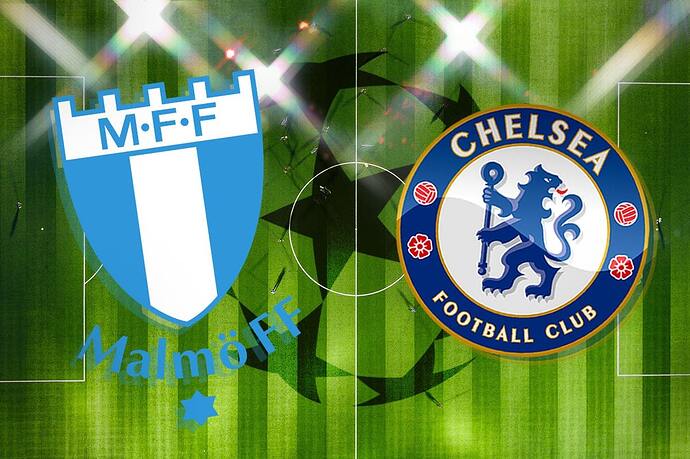 Malmo have been the whipping boys of Group H in the UEFA Champions League, losing all three games so far and failing to score even once, putting them at the bottom of the table. Back home, things are much more solid, as they sit a point ahead of Djurgardens in second place in the Allsvenskan standings.

Chelsea, on the other hand, is gearing up for a top finish by defeating Juventus in their final game next month. The Blues have been in excellent form in recent weeks, having won each of their last six games since losing 1-0 to the Bianconeri on Matchday 2, the most recent of which being a 3-0 victory over Newcastle United.

The reverse fixture, played at Stamford Bridge last month, saw Chelsea cruise to a 4-0 win over Malmo, with Andreas Christensen, Jorginho and Kai Havertz on target.

Mason Mount missed the over at Newcastle United on Saturday through illness and it is unclear how long the England midfielder will be out for, although Tuchel seemed to suggest it wasn’t overly serious.

Mateo Kovacic recently picked up a hamstring injury and joins Timo Werner and Romelu Lukaku on the sidelines.

Malmö FF have lost their three games against Chelsea in European competition by an aggregate score of 9-1. 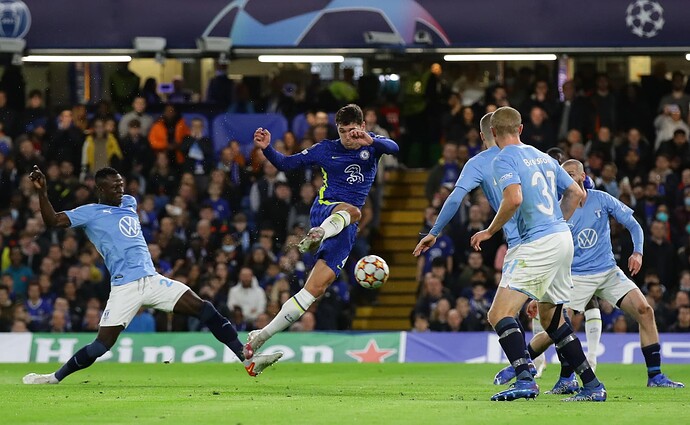 Chelsea are unbeaten in their seven meetings with Swedish teams to date, winning four and drawing three against them across all competitions. The last three have all been against Malmö FF, with each of them ending in Chelsea victories. 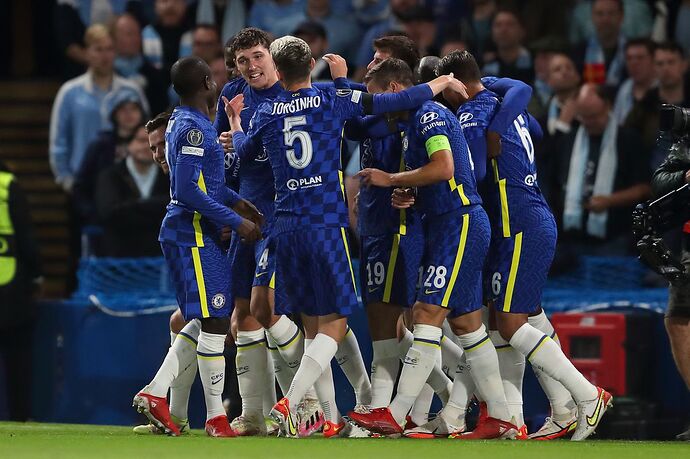 Malmö FF have lost seven of their eight previous games against English opponents in European competition (W1), including each of the most recent four. The only time they’ve avoided defeat in such games came against Nottingham Forest in September 1995, winning 2-1 in the UEFA Cup. 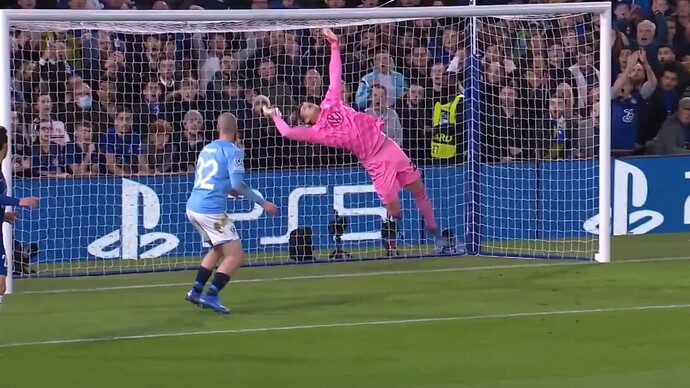 Since winning 2-0 in their first ever home game in the UEFA Champions League (v Olympiakos in October 2014), Malmö FF have only scored one goal in their last six home games in the competition (W1 L5). Chelsea lost their opening away game of the 2021-22 UEFA Champions League, losing against Juventus in Turin (0-1) after being unbeaten in six beforehand (W5 D1). The last time they lost consecutive away games in the competition was in November 2012 under Roberto Di Matteo. Thomas Tuchel confirms Christian Pulisic will be in Chelsea’s squad for their Champions League game on Tuesday. 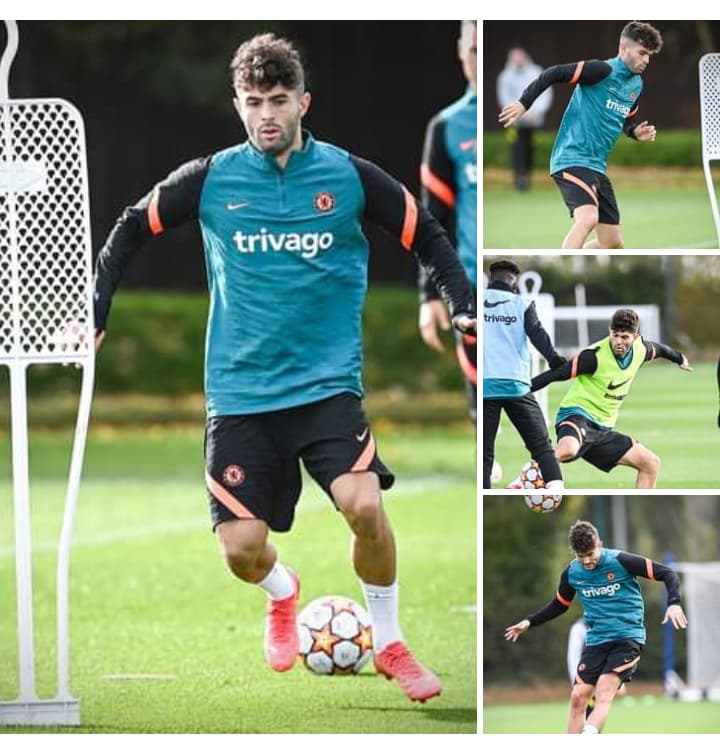 Atletico Madrid have taken up only 200 of their allocated tickets for tomorrow’s Champions League clash at Anfield, with supporters anxious about travelling in the coronavirus climate. 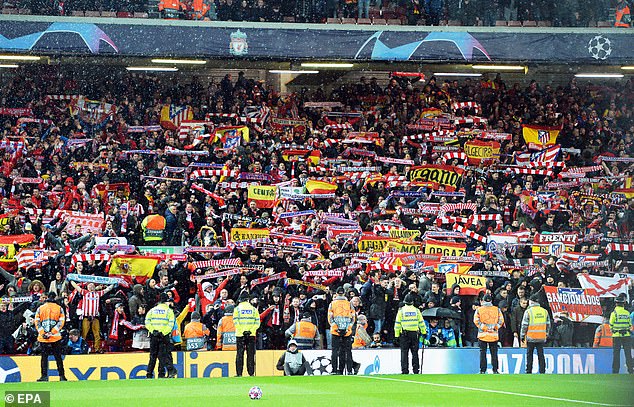 My curiosity to know more about Malmö FF:

Malmö FF is a professional football club and the most successful football club in Sweden in terms of trophies won. Formed in 1910 and affiliated with the Scania Football Association, Malmö FF are based at Eleda Stadion in Malmö, Scania. The club have won a record 21 Swedish championship titles and the most national cup titles with 14.

Malmö FF has a rich European legacy with participation in UEFA competitions since 1964. The club’s best European performance was in the 1978–79 season, when they reached the final of the UEFA Champions League (then European Champion Clubs’ Cup), where they were beaten 0-1 by English Champions Nottingham Forest. This makes Malmö FF the only Nordic club to have reached this far in the European Cup or Champions League. Malmö FF is one of the four Swedish clubs to have participated in the UEFA Champions League group stages, along with IFK Göteborg, AIK and Helsingborg.

Malmö FF is also the only Nordic club to have been represented at the Intercontinental Cup (succeeded by FIFA Club World Cup) in which they competed for the 1979 title. 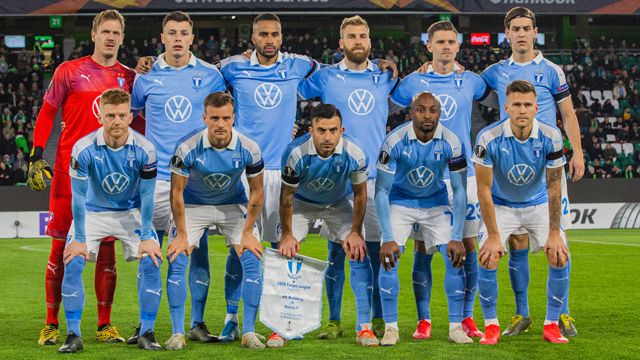 Manchester United have suffered another defensive injury this season after Victor Lindelof was ruled out of their crucial Champions League clash against Atalanta on Tuesday. 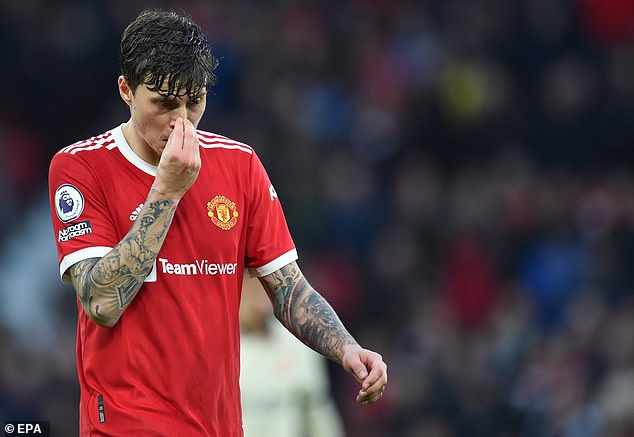 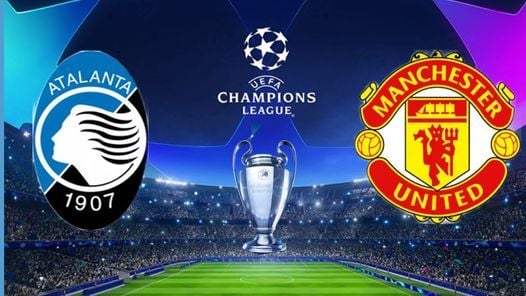 Manchester United endured a dreadful month in which they suffered huge defeats at the hands of Liverpool and Leicester City, among others. In the Champions League, they escaped by the skin of their teeth against Villarreal and Atalanta thanks to late goals from Cristiano Ronaldo. The Red Devils are presently atop Group F, with two wins in three games, thanks to those last-gasp victories.

Atalanta, meanwhile, are third in the group with four points on the board from three games so far. The Serie A outfit started their European campaign with a draw against second-placed Villarreal before beating BSC Young Boys. And, while it looked like they would be taking home three points against Manchester United at Old Trafford as well, a spirited display from Solskjaer’s men dashed those hopes.

Paul Pogba could return for the visitors after sitting out the win at Tottenham due to a Premier League suspension. Anthony Martial may also make the squad following a knock but Amad Diallo is likely to be unavailable.

Solskjaer will have to decide whether to stick with his 3-5-2 formation switch after the return of Raphael Varane, which saw Cristiano Ronaldo and Edinson Cavani start up top.

Atalanta have only won one of their five games against English teams in the UEFA Champions League (D1 L3), with that victory coming away at Liverpool last season. Gian Piero Gasperini’s side were beaten 3-2 by Manchester United last time out, despite taking a 2-0 lead in the game. 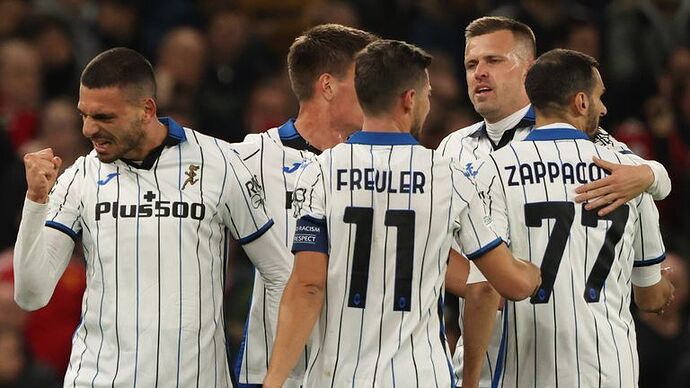 Manchester United have only lost one of their last 11 games against Italian opponents in the UEFA Champions League (W8 D2), while they’ve picked up victories in five of the last six (L1). 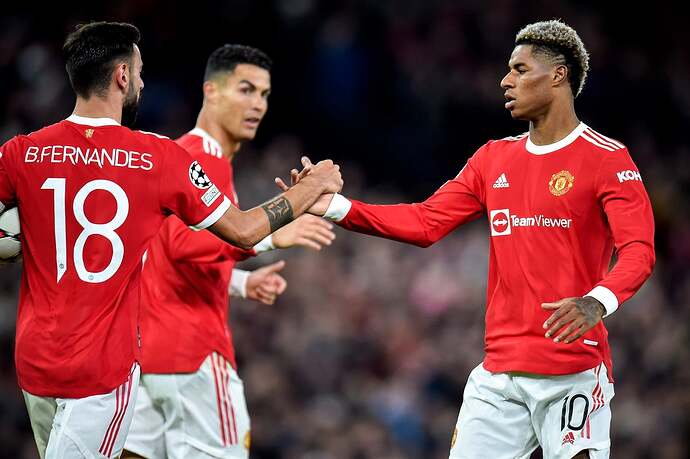 This will be the fourth time Atalanta have hosted an English opponent in European competition (currently W1 D1 L1). Manchester United will be their fourth different opponent in this run, having previously hosted Everton, Manchester City and Liverpool - all since the 2017-18 season. 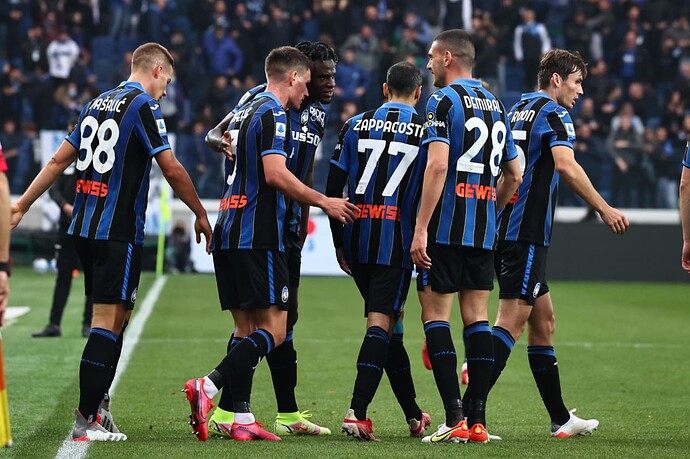 Manchester United are looking to record their 150th victory in the European Cup/UEFA Champions League, which would make them the first English side to reach this milestone, and fourth overall after Real Madrid, Bayern Munich and Barcelona. 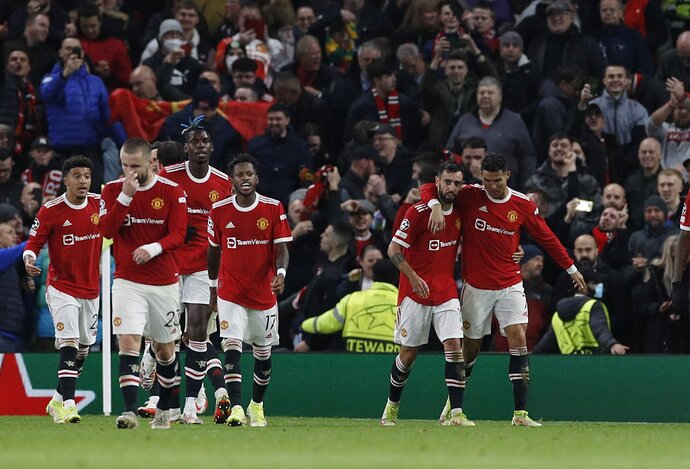 Atalanta have only lost two of their last eight home games in the UEFA Champions League (W3 D3), while they won 1-0 against Young Boys on MD2 this season. The Italian side have only won consecutive home games once previously in the competition, beating Dinamo Zagreb and Valencia in 2019-20. 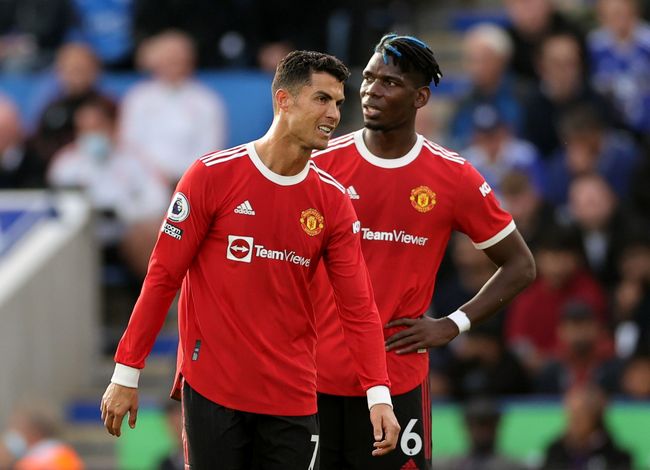