Tokyo 2020 football: The 20 men's players to watch at the Olympics 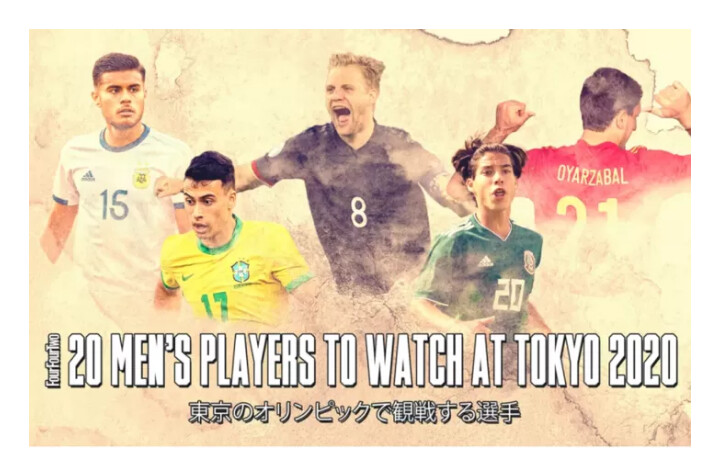 When Pep Guardiola first got the first-team job at Barcelona, one of his first actions was to get involved in a row over the Olympics. Olympic football is, famously, not a big deal - and though wonderkid Lionel Messi was called up to play for Argentina at the tournament, Barca didn’t want him to go.

Guardiola intervened. A young coach with little authority under his belt, he pleaded the case for Messi to join Argentina’s squad, citing his own history. The Catalan had won gold in his home city of Barcelona when the Olympics rolled into town in 1992. He thought it could be a good opportunity for Messi and a formative experience.

As he would often come to be across his career, Pep was spot on. Messi won gold and proved his mentor’s point: the Olympics doesn’t have the prestige of a World Cup, Euros or Copa America - but it’s a fun tournament in which starlets develop.

Tokyo 2020 promises to be more of the same. We’ve just had a Euros and a Copa - but this is another chance to fill your mornings watching players that you’ve only ever heard about or just want to get a closer look at. 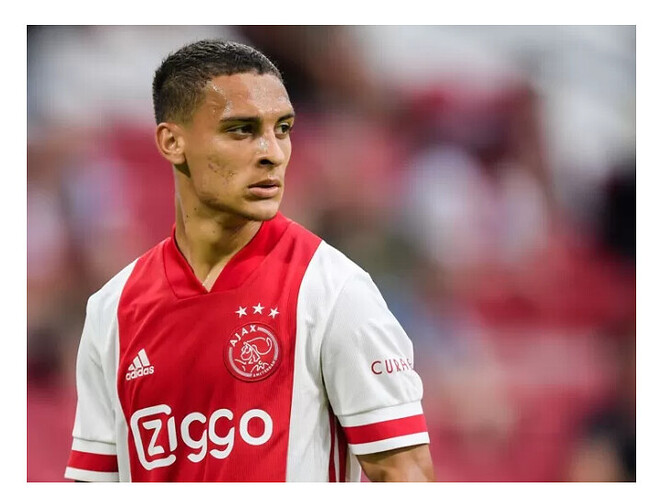 21-year-old Antony is Ajax’s record signing. He plays with incision, speed and swagger and he’s already being touted as the next big thing in Brazilian football.

He hit the ground running in Dutch football, scoring on his debut against Sparta Rotterdam and impressing with goals and assists a-plenty in the first half of his debut season. He slowed down considerably in the latter stages of the campaign, so it’ll be interesting to see him refreshed after a summer break. 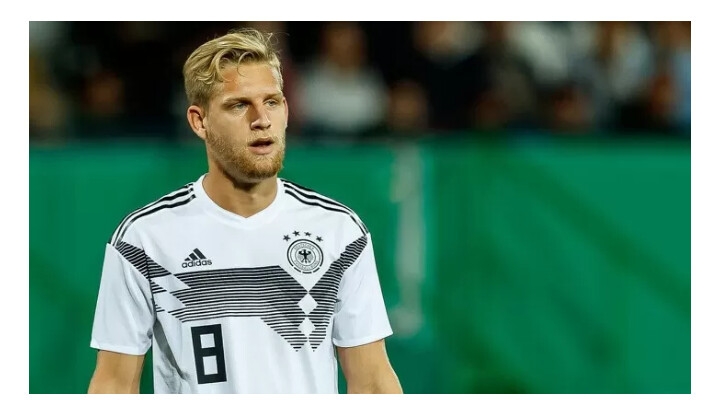 Described by Michael Preetz as the “heart of the Hertha Berlin academy,” Arne Maier has been likened to outgoing German hero Toni Kroos. He’s since had a spell at Arminia Bielefeld, where he struggled with injury.

In reality, he’s probably less like Kroos and more like Sami Khedira. The midfielder is tidy in and out of possession and works hard: he’s not destined for the top by any stretch but if he’s lucky with injury, he’ll be in German squads for years to come. 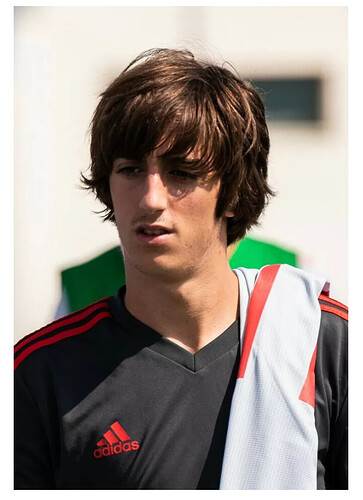 Bryan Gil has been out on loan for a couple of seasons and developed nicely into a direct, left-footed left-winger who can beat a man whip in a ball.

With Spain going through a big transition right now in the national set-up, opportunity is ripe for younger players to stake a claim. The Olympics could be the first chance that Gil gets to show exactly what he’s capable of. 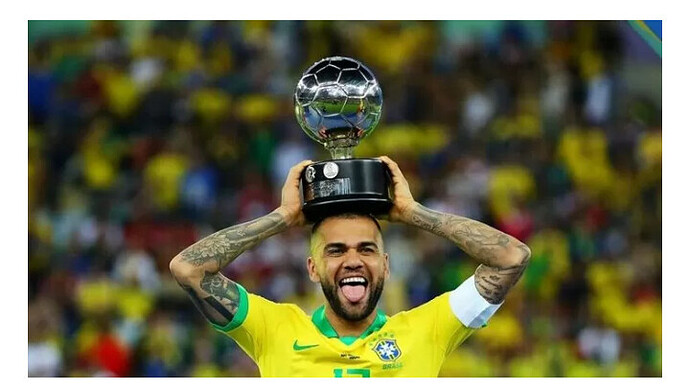 Pretty sure you’ve heard of this guy, right?

At 38, this could well be the last chance we get to see the monstrous Dani Alves in action. One of the greatest full-backs of his generation - or any other, let’s face it - the veteran is still bombing down the right wing but also plays in attacking midfield for Sao Paolo. Olympic gold would be a nice way to end his international career. 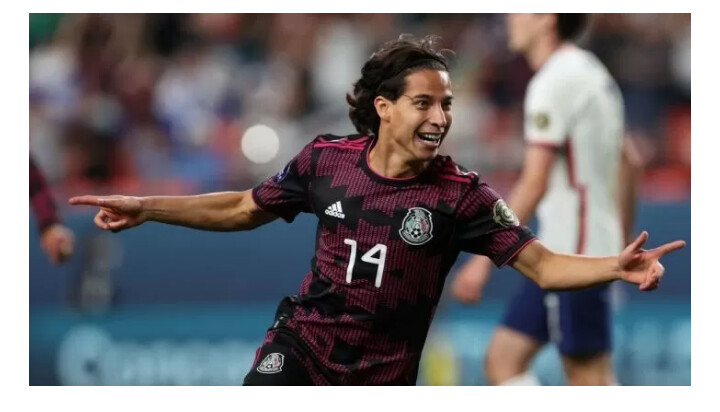 The only member of the Mexican set-up to play his domestic football out of the country, Real Betis star Lainez has been given the no.10 shirt ahead of this tournament.

He’s a bundle of energy and very fun to watch, capable of turning 180 degrees when receiving the ball to run into space and able to dictate play for his team. Lainez has been linked with a number of big clubs in his development and this season could be a pivotal one in his career. 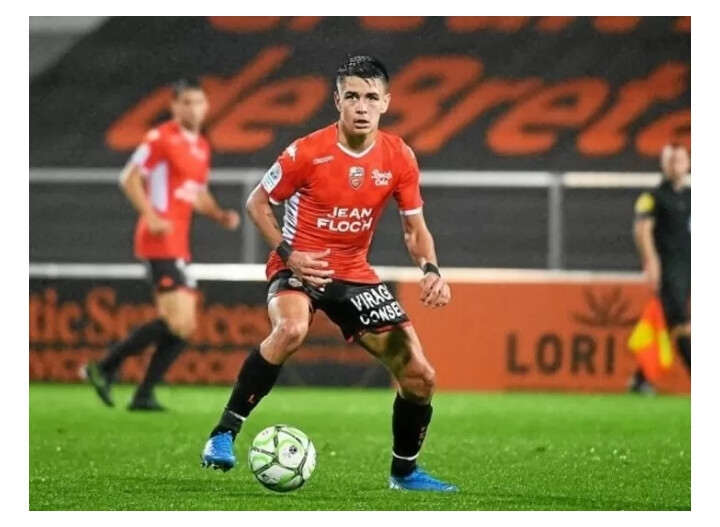 A wiry midfield talent at Lorient, Enzo La Fée is electric to watch, with excellent close control and a penchant for a mazy run.

The midfielder is only short but never stops running, using his low centre of gravity to draw fouls from the opposition. France have a seemingly never-ending supply of sparkling talent, making La Fée’s opportunities to impress scant - especially given his lightweight build. Nevertheless, watching him at what is essentially a youth tournament will be fun, as he’ll be looking to run rings around other midfielders. 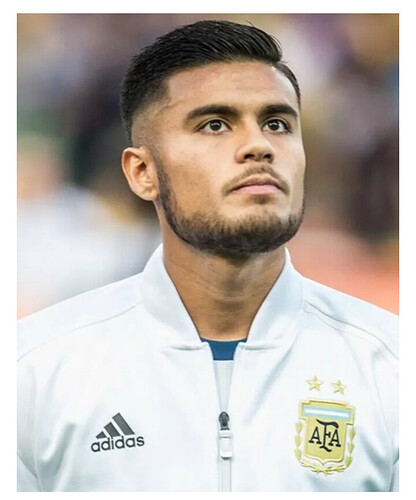 Fausto Vera still plays his club football in South America with Argentinos Juniors; he’s never been capped by the senior side, either. He’s waiting for his breakout.

The potential is huge. He’s incredibly calm on the ball, reads the game unbelievably well for a player so young and can start attacks just as easily as he can break them up. A big move to Europe is more a question of when rather than if. 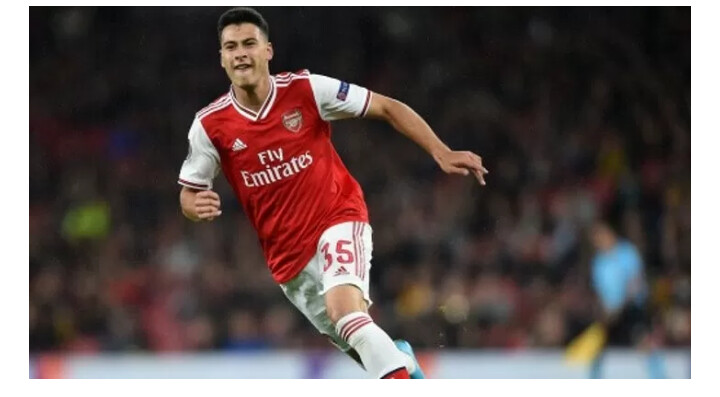 Arguably the most exciting youngster at a club that includes Bukayo Saka, we haven’t seen enough of Gabriel Martinelli in the past year. The precocious forward required knee surgery during lockdown and Arsenal have been cautious to ease him back into the wild.

Hopefully we get to see full-throttle Gabi during the Olympics. He bristles with confidence and cuts in beautifully from the left but perhaps his most underrated attribute is to get to any ball in the penalty area ahead of everyone else. Here’s hoping this is the start of a new beginning, following those injury worries. 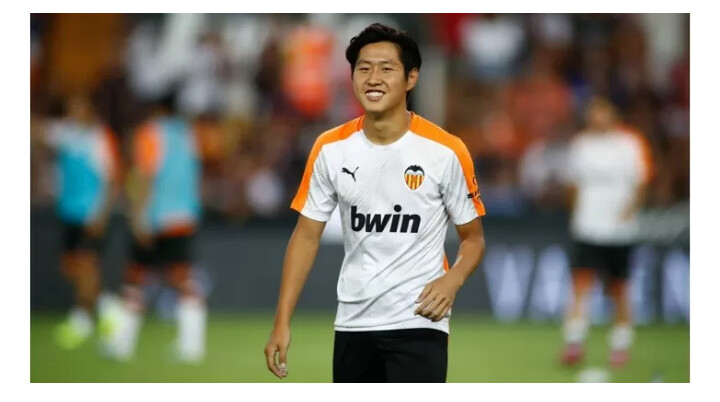 One of only two South Koreans in Tokyo this summer to play in Europe’s top five leagues - the other is Bordeaux’s 28-year-old Hwang Ui-jo - it would be lazy to label Lee Kang-in the next Son Heung-min, despite the similarities.

Like Son, the Valencia attacker is speedy, almost aggressively so, as he steams towards a ball like his life depends on it. While Son revels in the open space, however, Lee seems more at home in tighter surroundings; he’s fantastic to watch when wriggling free from a marker or two and the ball always seems to stick to his feet like velcro. 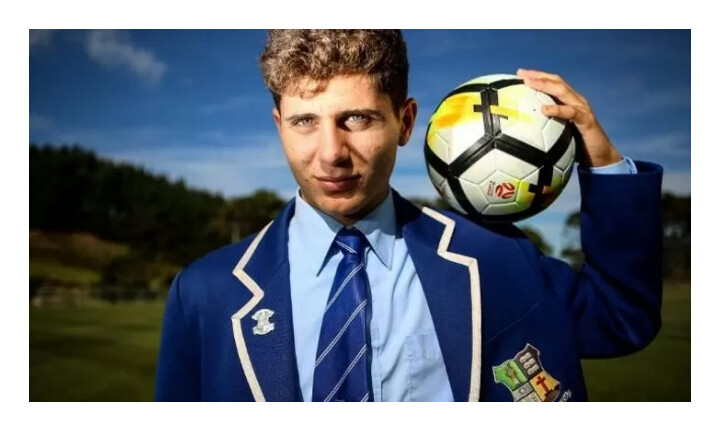 Uh-huh, that’s his real name. Liberato Cacace plays for Sint-Truiden in Belgium and may well be the most exciting thing to come out of Oceania in the last few years - not to mention the speediest.

His acceleration is unreal but that’s not all there is to his game. Cacace isn’t a converted winger or shunted centre-back, he’s a genuine specialist full-back who naturally covers a lot of ground and has an excellent cross on him in the final third. Big clubs have been linked with him - it’ll be fascinating to see where he ends up. 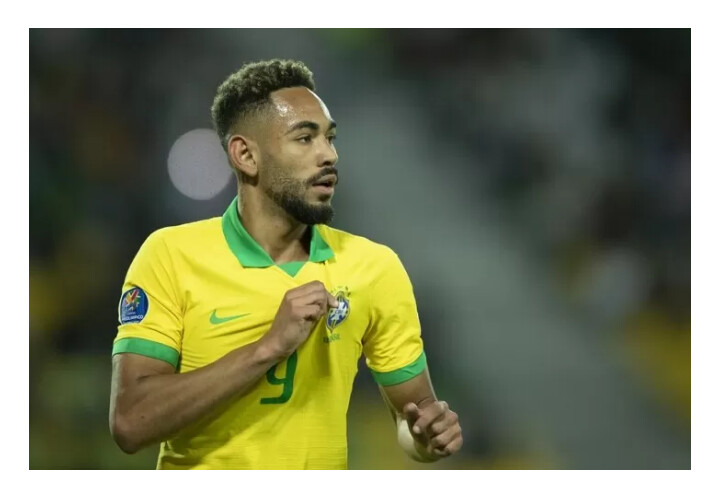 Another Hertha Berlin boy, Matheus Cunha has been linked with the likes of Leeds United. He’s tall, strong with a magnificent shot and he can play anywhere along the frontline.

Cunha is almost a throwback for a South American, though. While plenty of recent forwards from the continent have been in the Sergio Aguero or Alexis Sanchez mould - short, aggressive, lung-bursting runners - there’s almost a grace to the way that Cunha moves on the ball. He’s like a right-footed Rivaldo and he’s great fun to watch. 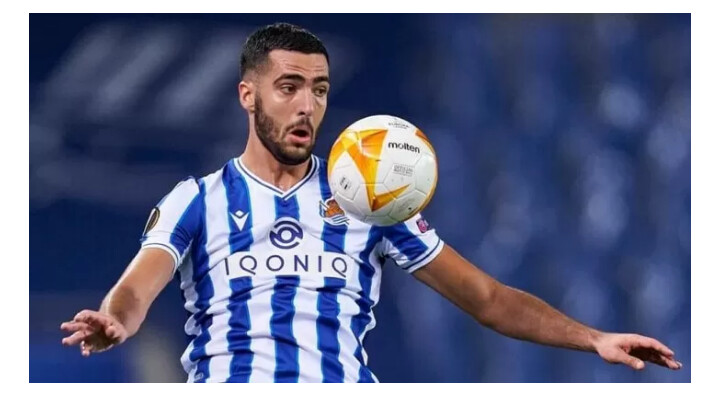 Rafa Benitez loved Mikel Merino at Newcastle United - and he knew a thing or two about a deep-lying playmaker, having mentored the likes of Xabi Alonso.

If you’ve not watched Merino since his move away from Tyneside to Real Sociedad, the Basque metronome is just as composed on the ball as ever. Bearing in mind that players of Merino’s ilk often mature in their late 20s, we could be a good three or four years from this guy developing into a truly excellent midfielder. It’s worth catching him at the Olympics just to see how he’s getting on. 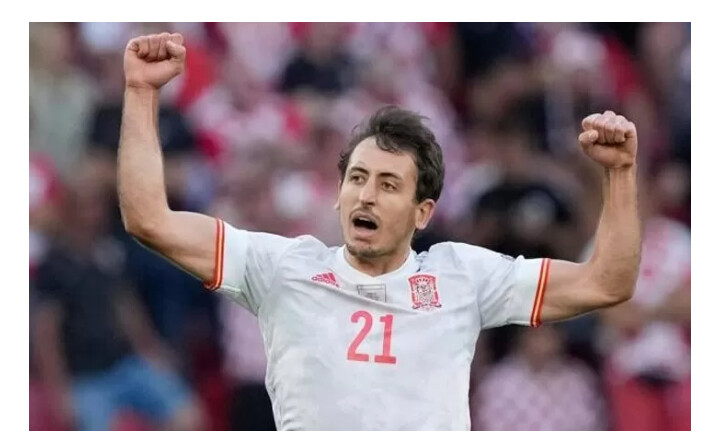 Redemption doesn’t often come around so soon. Mikel Oyarzabal had his backside saved by Alvaro Morata in the Euro 2020 semi-final at Wembley - the forward missed two golden opportunities, only for Morata to equalise and miss a penalty to deflect attention - and now the Real Sociedad man has a chance to show what he’s really about in Japan.

Oyarzabal is powerful, annoying to defend against and great at finding space. He’s played over 200 league games for La Real already and as a probable starter - maybe up front again - he’ll be keen to make up for those misses for his country earlier this summer. 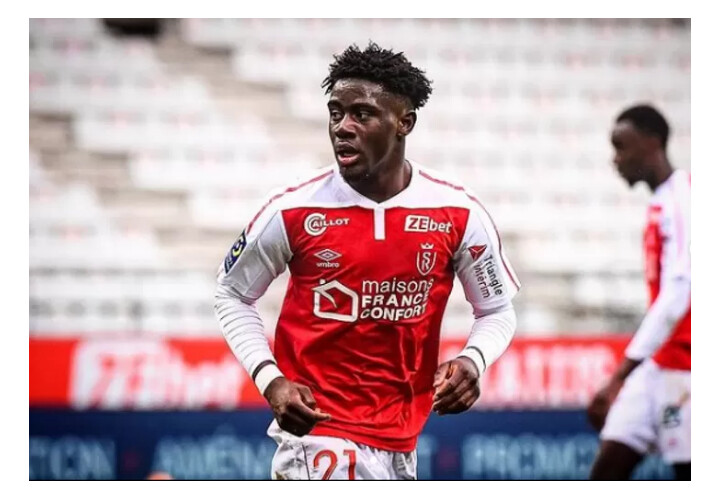 Nathanael Mbuku has seven goals in just 11 appearances for France under-19s. The Stade De Reims player could become the latest breakout striker for Les Bleus in Tokyo this summer.

Mbuku is left-footed and glides across the pitch like a young Mohamed Salah. He has flair in abudance, superb spatial awareness and an eye for goal: there’s plenty of room to develop into an excellent forward in any position up top. 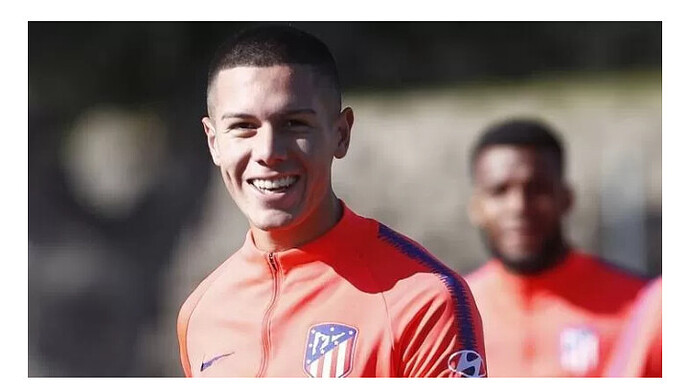 An Atletico Madrid centre-back who hasn’t kicked a ball for his parent club yet, Nehuen Perez is on his third loan away from the Wanda Metripolitano but extremely well-thought of in Spain.

Perez is dominant, loves rushing out to an attacker to hurry them and is calm in possession, sometimes wandering from his defensive berth up the pitch, like Harry Maguire. You can tell why he’s part of Diego Simeone’s future plans. 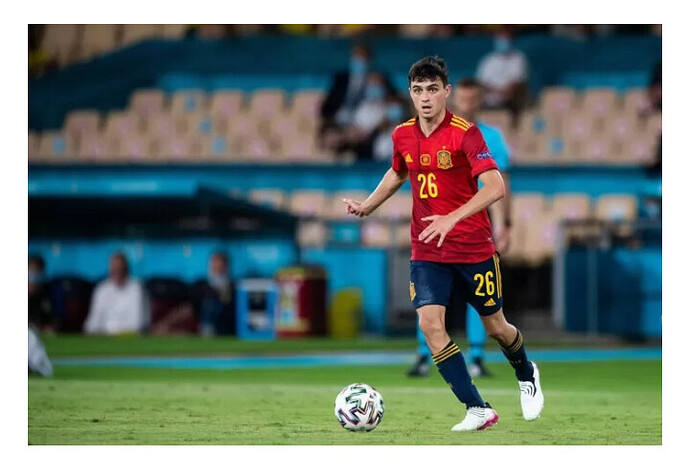 18-year-old Pedri didn’t misplace a single pass in the Euro 2020 semi-final against Italy. The Canary Island-born midfielder is an absolute phenomenon not just destined for the top but very nearly there.

Another international tournament before the season begins certainly helps Barcelona work out how to cram the likes of Messi, Aguero and Memphis Depay all into the same XI while jettisoning Coutinho and Griezmann. Meanwhile, the Olympics gives us another chance to watch Pedri balling with composure, precision and a god-given first touch. Let’s face it: he’s already too good for this level. 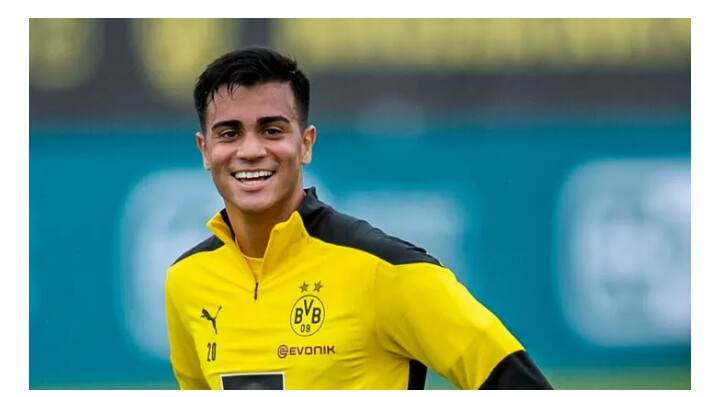 Still on loan at Borussia Dortmund from Real Madrid, Reinier was reportedly unhappy not to feature more in BVB’s turbulent season. With Jadon Sancho gone and Marco Rose in the hotseat now though, he may well get his chance.

It would be easy to label the youngster a luxury no.10 but Reinier provides superb creativity with an exquisite range of passing and immaculate ball control. He loves a late run into the box too: look out for him on the scoresheet. 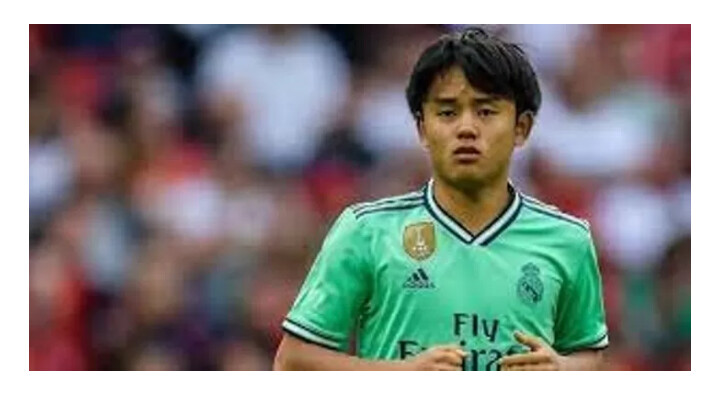 Speaking of Real Madrid loanees, Takefuso ‘Take’ Kubo went viral last month when he scored a goal that nutmegged four defenders. Exactly the kind of mad thing you want him to do at the Olympics.

He’s the posterboy for football in Tokyo. Kubo is wildly exciting to watch on the ball and moved to Europe when Barcelona poached him as a youngster. When the club was hit with a transfer embargo for breaking rules on signing overseas kids, Kubo went back home to the far east, only for Madrid to pounce later.

It would be fascinating to see him reach his full potential - if only for the El Clasico storylines in years to come - and an Olympic masterclass on home soil would be a hell of a way to begin. 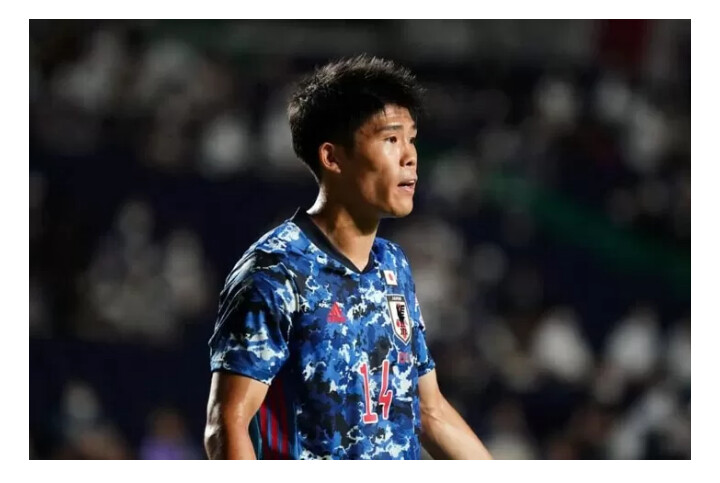 Takehiro Tomiyasu is a fascinatingly ambidextrous defender who’s almost equally capable with his left and right foot. He’s played across the backline at Bologna - where he became the second Japanese player to play for the club after the legendary Hidetoshi Nakarta.

Tomiyasu is now linked with Tottenham Hotspur. While a player equally good with either foot and able to play anywhere across the defence be assumed to be a limited, tackler and nothing more, Tomiyasu is progressive with his passing and is capable of a lush long ball forward. He could become a cult hero in Tokyo.