Rodney George Laver (born 9 August 1938) popularly known as Rod Laver is a famous Australian tennis player and the second male player in the history of the game to win four major singles championships in one year (1962) and the first to repeat this Grand Slam (1969).

Nicknamed “The Rocket” by legendary coach, Harry Hopman, Rod Laver was the No.1 ranked professional from 1964 to 1970 and proved his ability in both the pre and post open era, in the world of tennis.

He showed immense talent and dedication, winning prestigious titles like the 'Grand Slams', 'Australian Championships', and 'Wimbledon'. Laver's 200 singles titles are the most in tennis history. This included his all-time men's record of 10 or more titles per year for seven consecutive years (1964–70).

He won 11 Grand Slams Singles Titles though he was banned from playing those tournaments for the five years prior to the Open Era. Laver is the only player to twice achieve a Calendar Grand Slam, in 1962 and 1969, and he remains as the only man to do so in the Open Era.

From 1981-85, he was included in the 'International Tennis Hall of Fame', and the 'Sport Australia Hall of Fame'. The Australian government has named him the country's 'Living Treasure', and in 2009, he has become a part of the 'Queensland Sport Hall of Fame'.

In 2017 Laver has been immortalised in 2.3 metre high bronze statue at Melbourne Park depicting him in full flight after he’s hit a mid-backhand top-spin volley, the stroke he was famous for.

On 16 January 2000, the Centre Court at Australia’s Grand Slam tournament was named as Rod Laver Arena to honour Rod Laver. 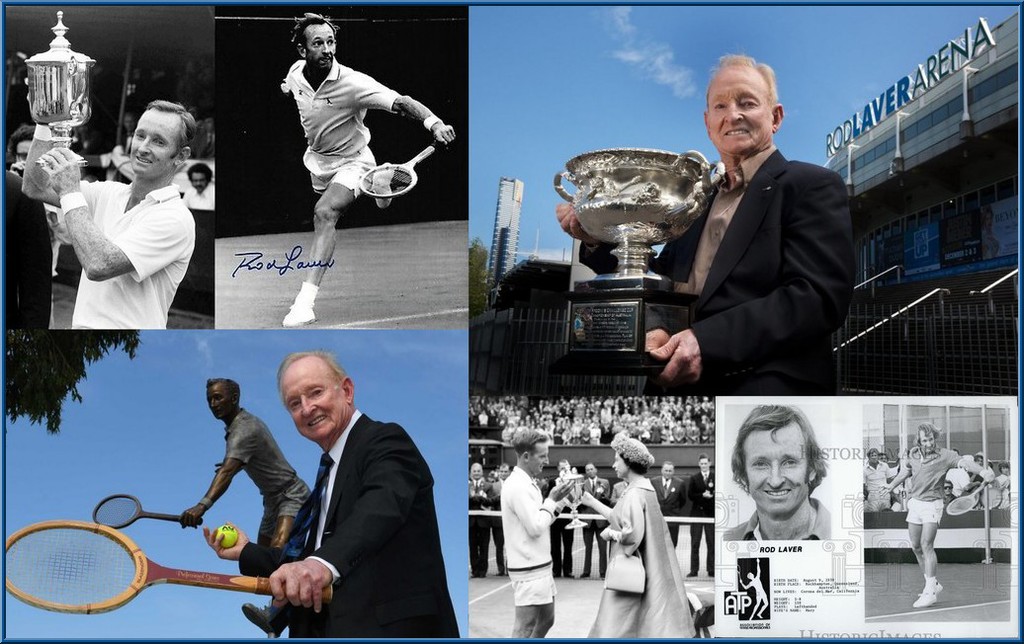 He had many adjectives to his name. He was called the “Rocket” sarcastically by his Davis Cup captain, Harry Hopman. He was also referred to as “The Man with Copper Hair but with Golden Touch.”

Many experts such as Dan Maskel, John Barrett, Ted Schroeder and Tony Trabert consider him to be the “Best Player of All Time.” His credentials are longevity, proficiency on grass and clay and his behavior.

U.S Magazine Inside Tennis conducted a poll in 1986 with the help of 37 experts and he was ranked first on the list ahead of all past and current players.