The ‘Phogat’ family’, also very popular as the ‘Dangal Family’ have been the pride of Indian wrestling. The success of ‘Phogat sisters’ have revolutionized what was earlier supposed to be only a ‘male-centric game’ in India. We’ve earlier seen Geeta Phogat, Babita Phogat raising the Indian flags in Commonwealth games and Olympics but there is new hope in the town of Mixed Martial Arts (MMA).

Ritu Phogat, who was the gold medallist in 2016 commonwealth games switched to MMA in 2019. She has signed for ONE Championship and trains in Singapore at the Evolve MMA gym. She competes in the atomweight category (52.2 kg) and is unbeaten till now (3-0). Ritu says that her only aim is to become the first Indian MMA champion in the sport.

Her recent fight on October 30th 2020 where she faced Cambodia’s Nou Srey Pov was won by a TKO in round 2. In all her three fights she has put on a dominant performance with precison strikes and techniques. The 26-year-old uses her skills as a wrestler to counter Pov’s fast strikes and has a similar play like Khabib. The atomweight championship is up for grabs following reigning titleholder Angela Lee’s announcement of her pregnancy earlier this month. The belt will now be decided by way of an eight-person Grand Prix and Ritu will hopefully be among the 8 fighters for the championship. 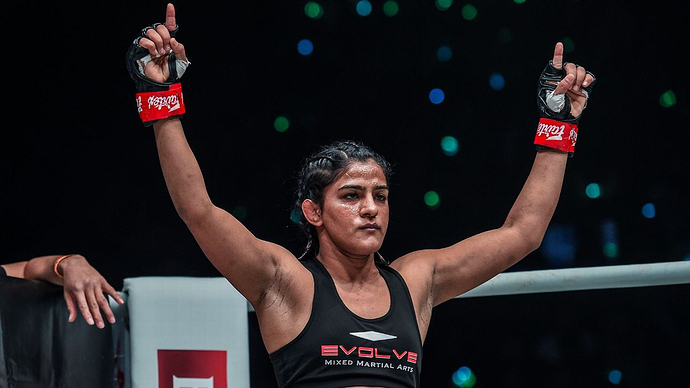 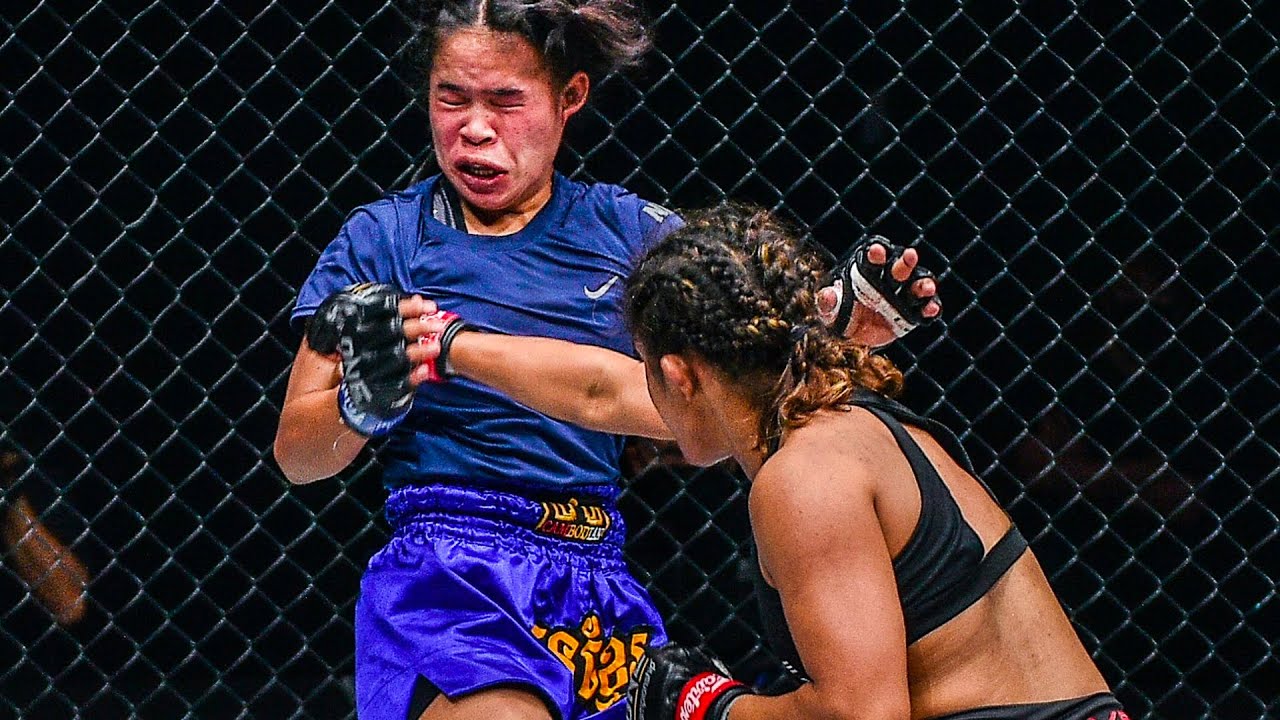 After winning the U-23 World Wrestling Championship in 2017, Ritu Phogat became one of biggest India’s hope for the upcoming Olympics. But she had different plans and switched to MMA. Since then proving her mark at the elite fighting championship. 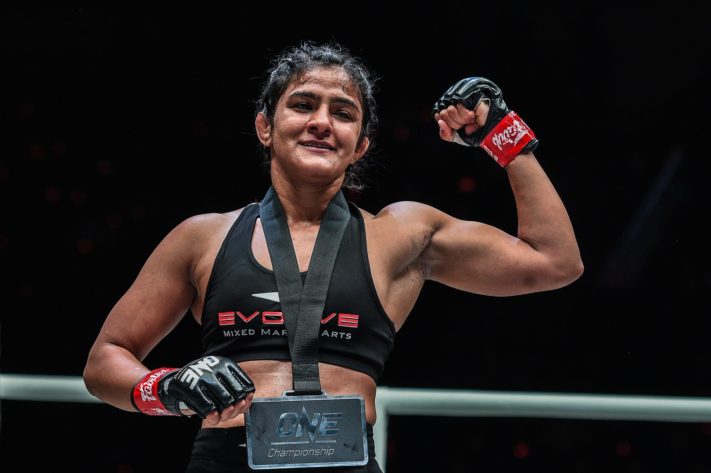 Ritu is also One Championships biggest reason to flourish in India. They have captured the market and the viewership has gone high so no doubt she will be among the top 8 matrix to compete for the atomweight Championship. Then, we might well see ‘Dangal 2’ being made on an intense MMA fighter.