🇶🇦 Qatar 2022 FIFA World Cup Draw - What groups the 32 nations will be playing in?

The draw for the 2022 World Cup takes place today at 19:00 local time in Doha, Qatar, as the group stage for the 32 nations is announced.

Of the 32 teams involved, only 29 have been confirmed, as two intercontinental play-off matches will take place in June, while in Europe one of Wales, Scotland or Ukraine will book their place at the tournament, too. 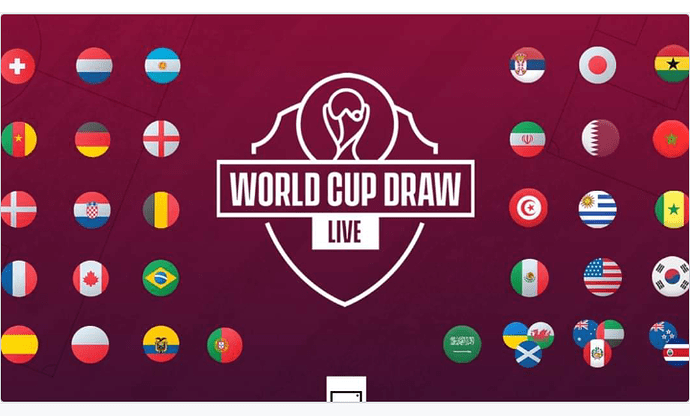 Stay with us for all the build-up to the World Cup draw.

The 32 spots at the World Cup have been split into four pots based on FIFA’s most recent world rankings, as well as rewarding those who secured a place as one of the seeded teams. Qatar, as the hosts of this World Cup, have been placed in Pot One with some of the tournament’s favourites, including England, France, Brazil and Argentina. 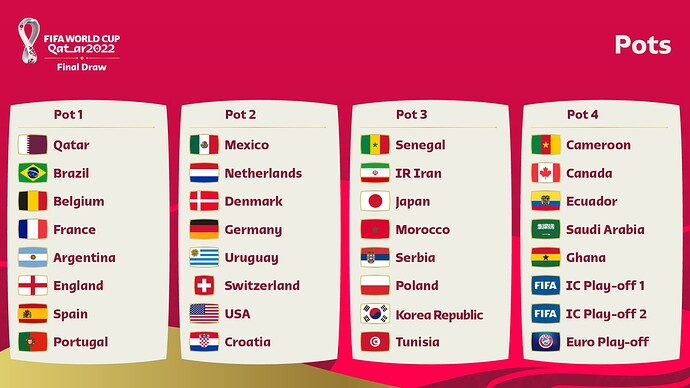 Brazil return to the

, five years after they were last there.

The March 2022 table is not only a new chapter in rankings history, but it will be used to calculate the seeds for today’s FIFA WorldCup Qatar 2022 Final Draw. 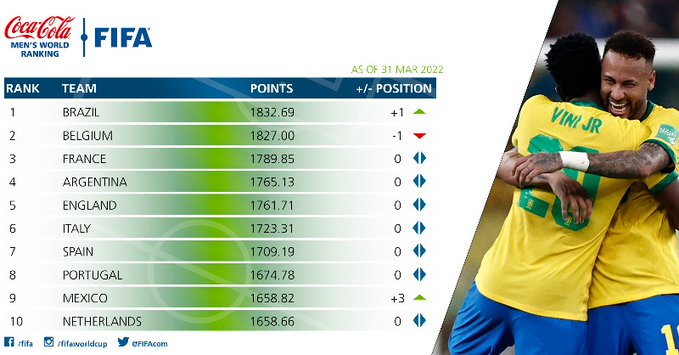 Currently No. 1 in men’s FIFA rankings

Five World Cup wins, the most of any nation

The only nation to play at every World Cup

It’s not a World Cup without Brazil 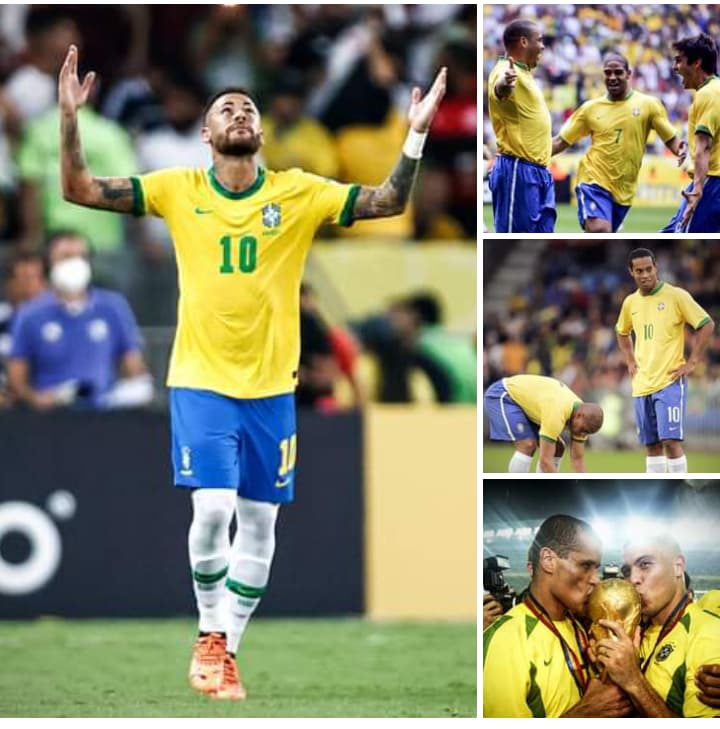 The nations with the most World Cup appearances 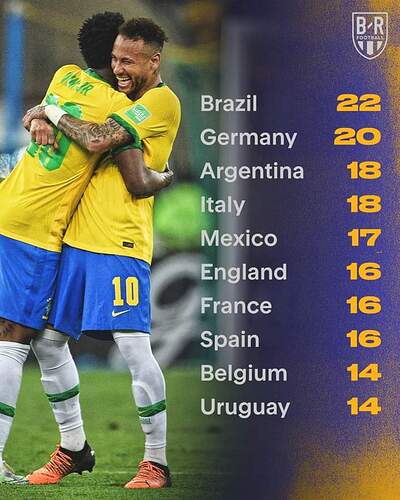 How does the seeding and pots work?

Qatar, as hosts, will take position A1 from Pot 1.

The other 28 already qualified teams are allocated pots based on the FIFA rankings released on Thursday.

In Pot 1, Qatar will be joined by the seven highest-ranked teams.

The teams ranked eight to 15 will be allocated Pot 2, 16 to 23 will be in Pot 3 while Pot 4 will include the qualified teams in positions 24 to 28 as well as placeholders for the remaining three slots – two winners of the intercontinental playoffs and the remaining UEFA playoff winner.

Which team is in which pot? 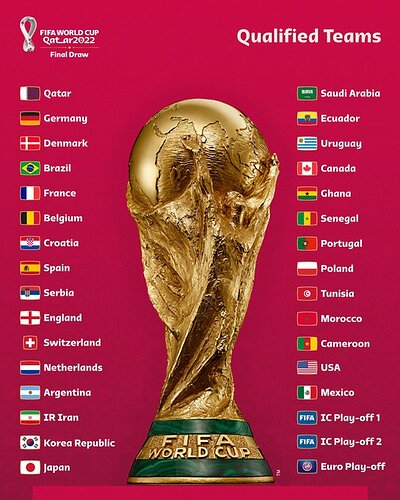 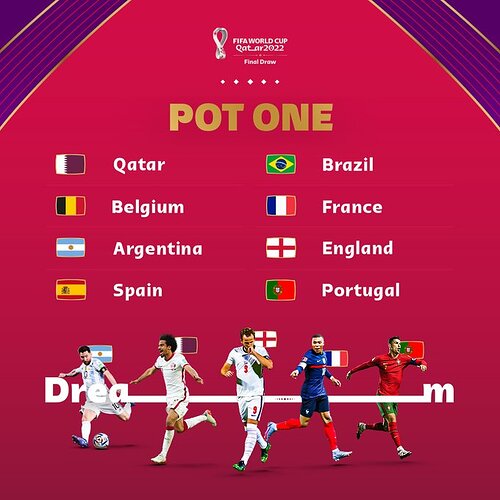 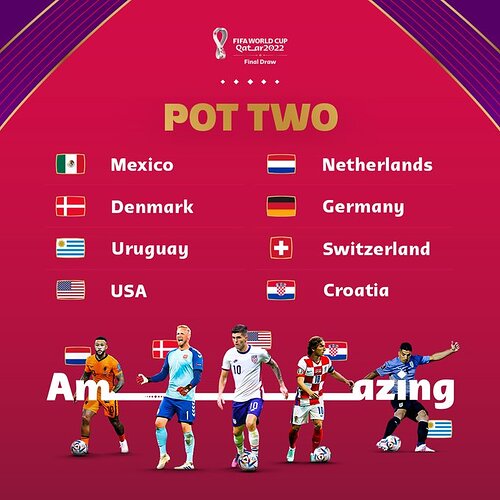 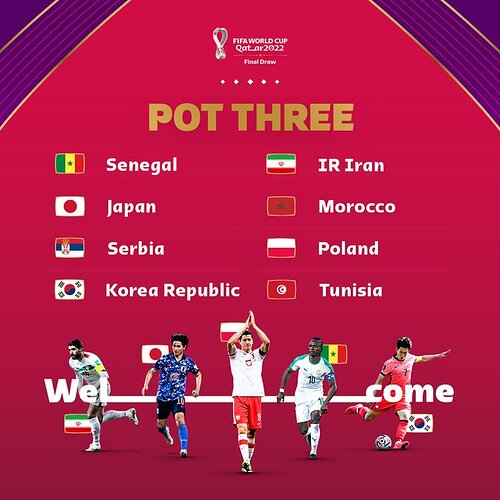 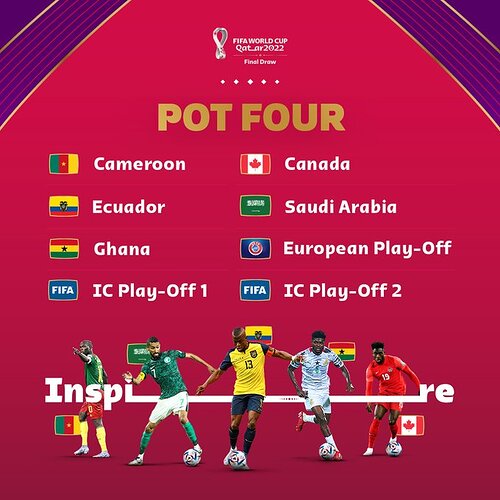 Who are the notable omissions?

Italy, current European champions, have missed out on their second World Cup in a row.

Also absent will be

who all fell at various hurdles in qualifying.

32 teams. 1 ball to make their dreams a reality

Introducing Al Rihla, the #OfficialMatchBall of the 2022 World Cup

The countdown to Qatar begins… 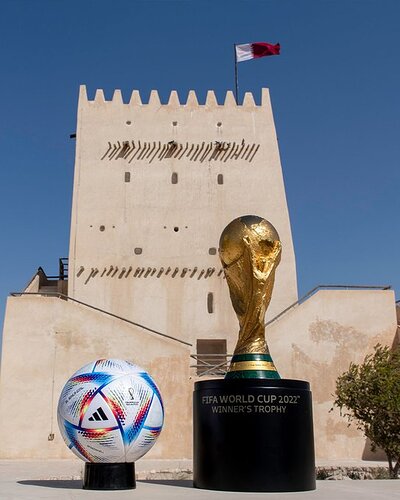 The World Cup draw is about to get underway 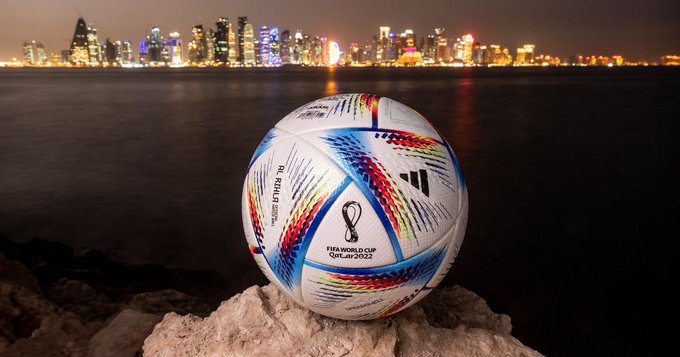 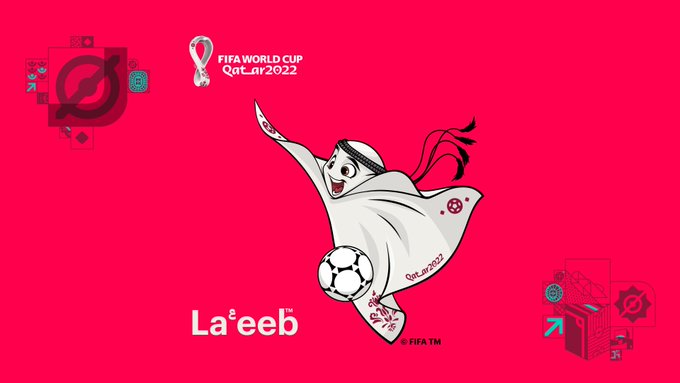 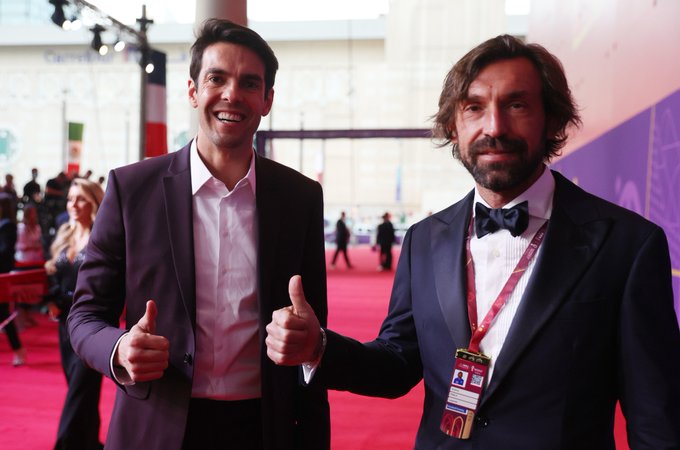 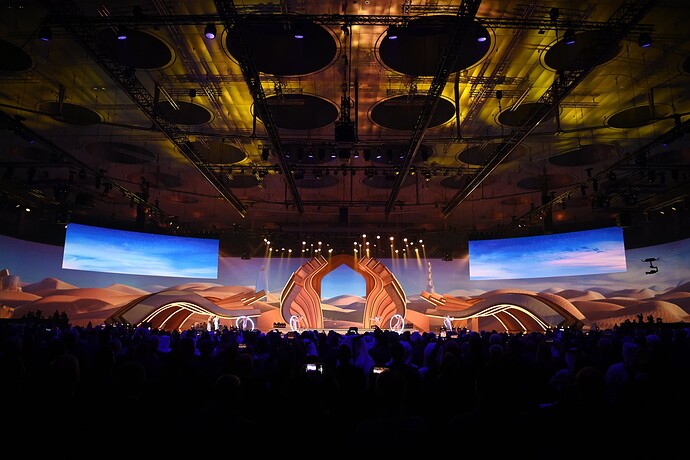 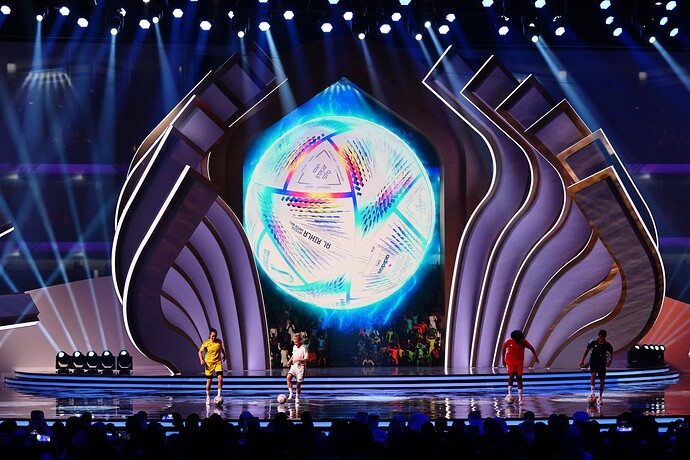 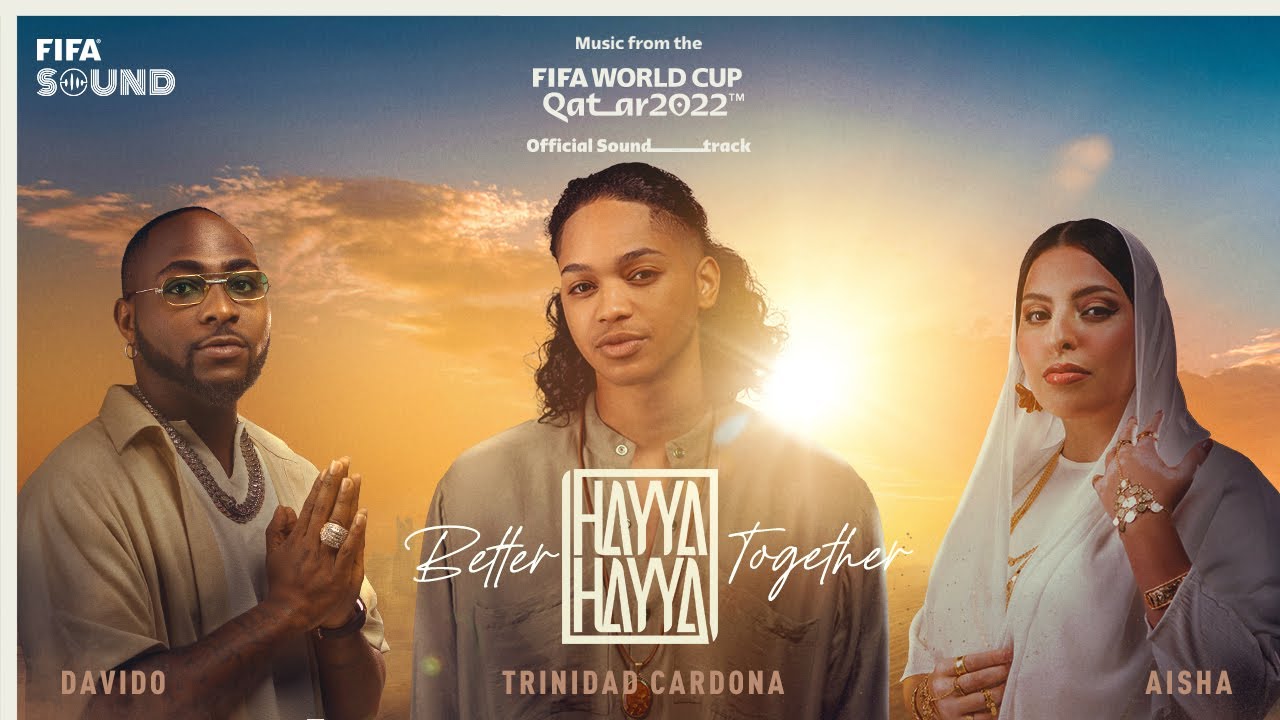 Who gets out of this group? 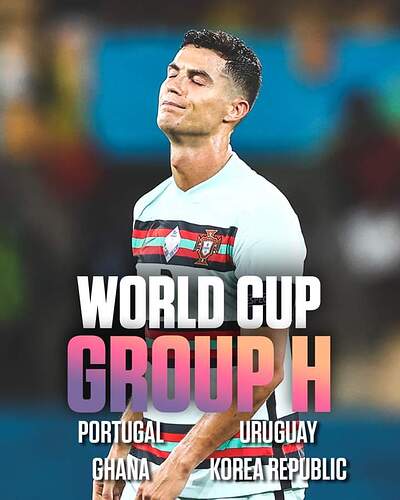 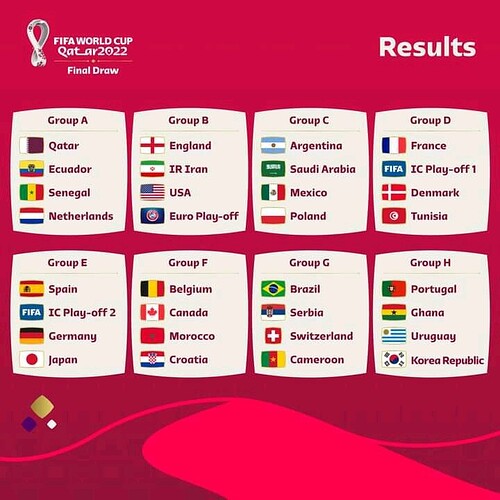 The last time Uruguay faced Ghana in a World Cup 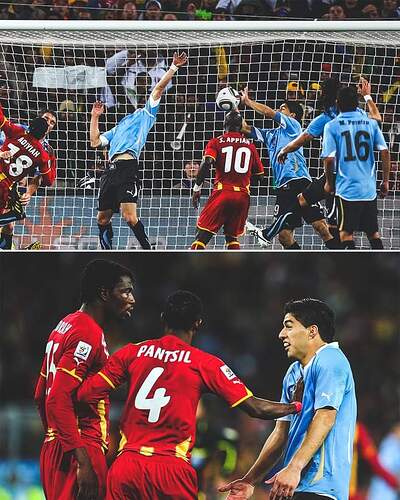 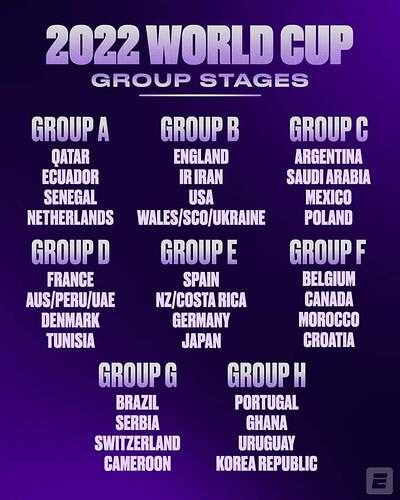 Messi vs. Lewandowski in Group C!

Battle of the Ballon d’Or 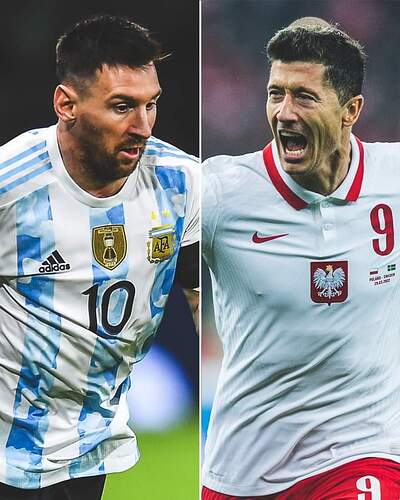 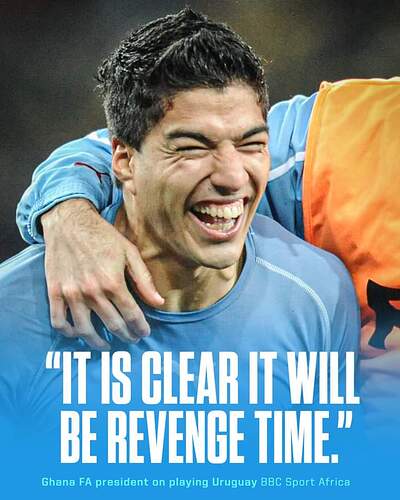 Just might be the most watched football match in USMNT history 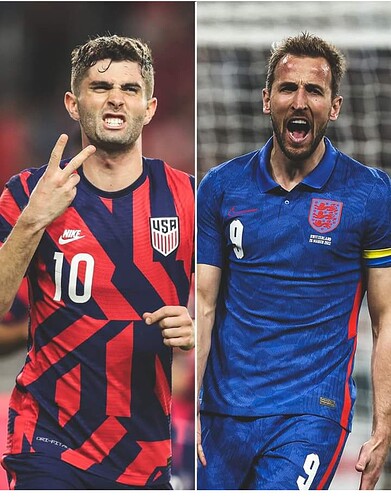 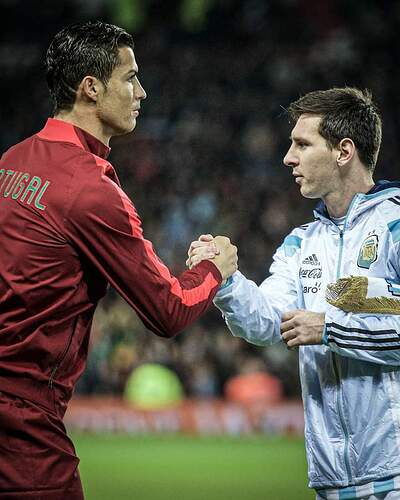