After the international break, club football has resumed after an almost two-week hiatus. On Saturday, Gameweek 8 of the 2021/22 Premier League season will begin.

The most anticipated match of this Matchweek will take place at the King Power Stadium, where Leicester City will face Manchester United.

How the PL shaped up after Matchweek 7 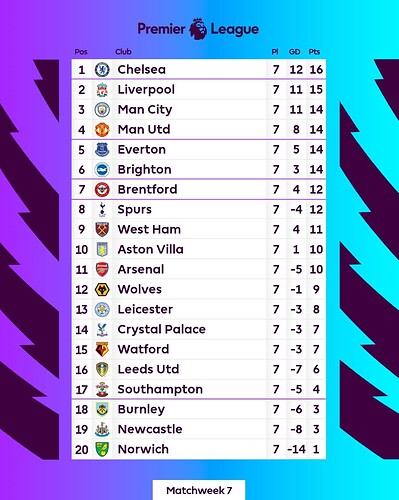 In this thread, we shall be covering all Match-week 8 fixtures 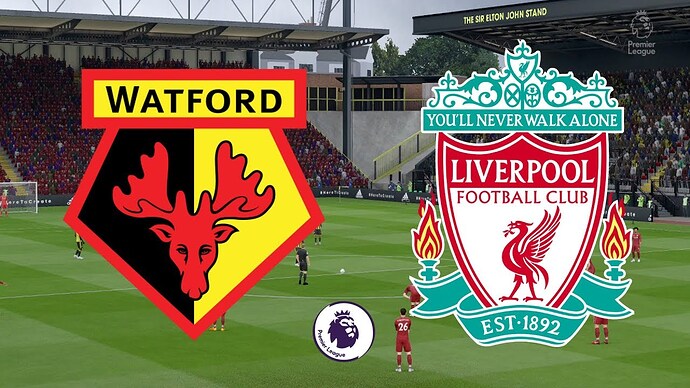 Watford have had a typical shaky start to a league season, despite not being particularly bad on the pitch. The Hornets have won two of their first seven games, putting them four points ahead of Burnley in 18th place. Despite a better-than-expected start to the season, Xisco Munoz has been dismissed of his duties, with Claudio Ranieri taking over in his place.

In the 2021/22 season, Liverpool is the only English team that has yet to be defeated. The Reds have won four and drawn three of their first seven Premier League games, however two of those stalemates came against Chelsea and Manchester City.

Watford were shock 3-0 winners the last time they hosted Liverpool in a Premier League game, back in March 2020, handing the Merseyside giants their first defeat of the 2019/20 season en route to winning the title.

Liverpool will be without Brazil internationals Fabinho and Alisson after they played for their country in the early hours on Friday morning.

It means Caoimhin Kelleher is set to start in goal at Vicarage Road. Trent Alexander-Arnold is available again and is likely to come back into the team at right-back. Jota is also available to lead the line.

This is the first Premier League meeting between Watford and Liverpool since February 2020, when the Hornets won 3-0 to end the Reds’ club record 44-game unbeaten league run, and their joint Premier League record 18-game winning streak. 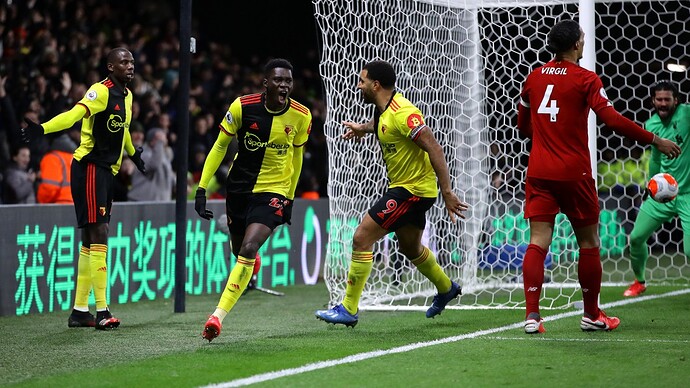 Liverpool’s 0-3 loss against Watford last time out ended an eight-game unbeaten league run against the Hornets (W7 D1) - they’ve never lost back-to-back league games against the Hertfordshire side before. 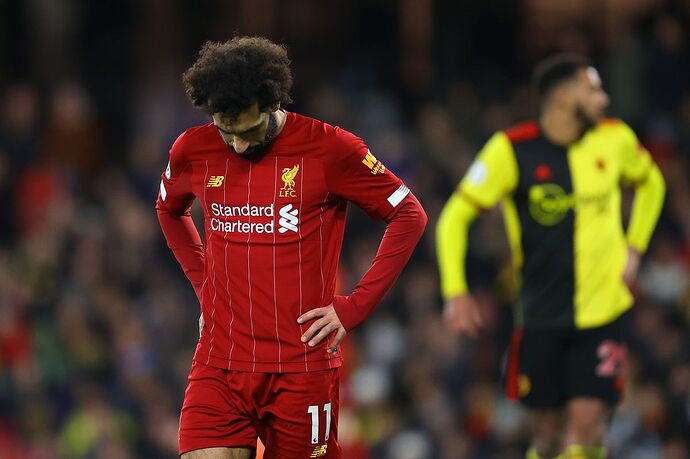 Six of the seven Premier League meetings between Watford and Liverpool at Vicarage Road have seen at least one team score three goals, with Watford doing so on three occasions and Liverpool four (includes a 3-3 draw in August 2017). 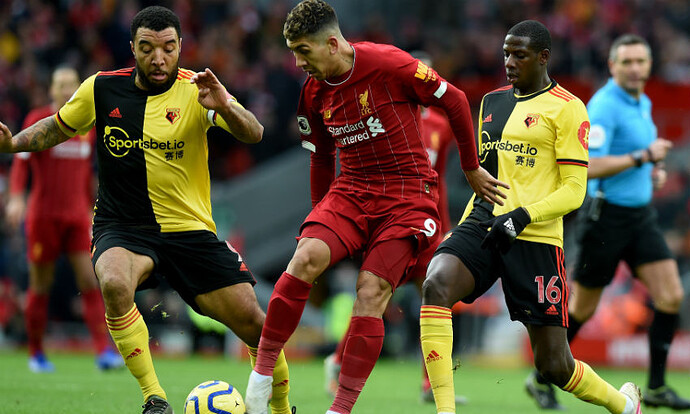 New Watford manager Claudio Ranieri has won four of his five Premier League home games against Liverpool, losing the other. The Italian has the highest home win rate against the Reds in Premier League history (80 per cent - minimum 5 meetings). 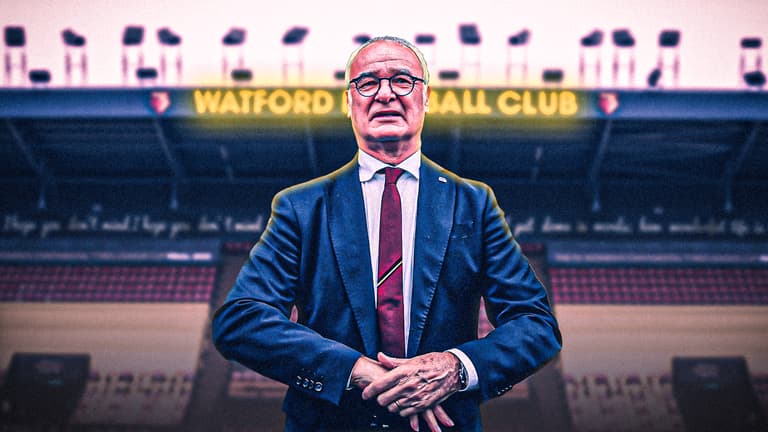 Mohamed Salah has scored in each of his last seven appearances in all competitions for Liverpool - he’s never scored in eight consecutive matches in his career within the big five European leagues. 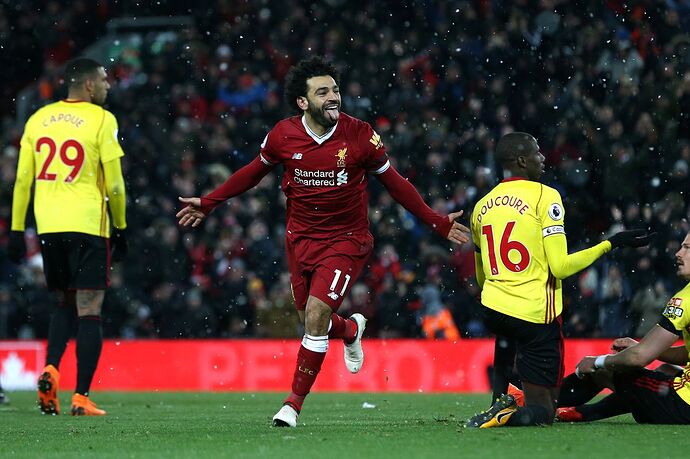 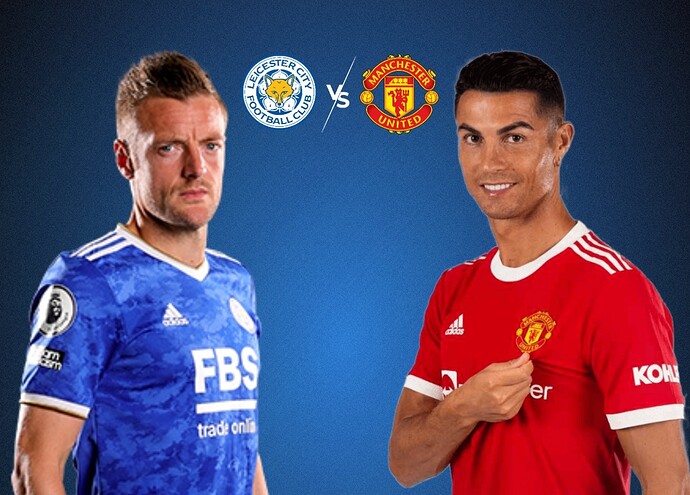 The start of the 2021/22 season has been unusually slow for Leicester City, with Jamie Vardy and Kelechi Iheanacho the only players who have really impressed. The Foxes are currently 13th in the Premier League table, having won only two of their first seven games and only one of their previous seven in all competitions.

Manchester United, on the other hand, has been suffering after a promising start to the season, despite making some significant additions during the summer transfer window. The Red Devils have won just two of their last six games across all competitions. A 1-0 defeat to Aston Villa was followed by a 1-1 draw against Everton last time out, leaving the Red Devils fourth, two points adrift of Manchester City.

The corresponding fixture last season saw Leicester City twice come from a goal down to play out a 2-2 draw with Manchester United. 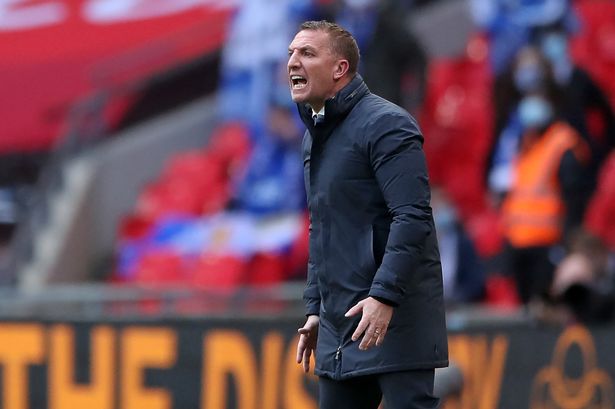 Fellow centre-back Jannik Vestergaard is being assessed after suffering a minor injury on international duty with Denmark, but striker Kelechi Iheanacho was “100 per cent fit” after an injury scare while away with Nigeria.

Rodgers said James Justin’s recovery from a knee injury was going well and indicated he could be back in the main training group around the time of the next international break. Wesley Fofana (broken leg) is still sidelined. 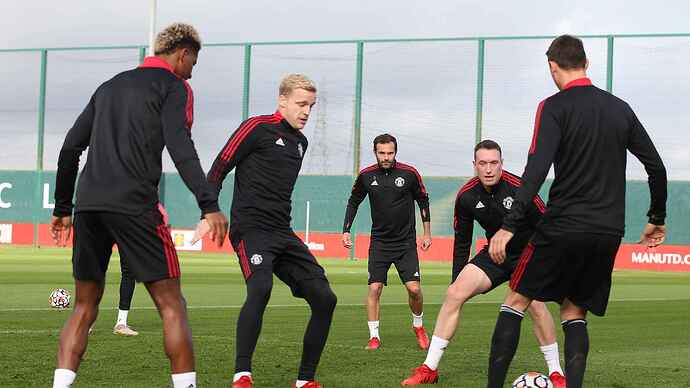 Marcus Rashford will return to Manchester United’s squad and could make his first appearance of the season after recovering from shoulder surgery.

Harry Maguire returned to training this week as he recovers from a calf injury, but is not expected to be risked by boss Ole Gunnar Solskjaer with Victor Lindelof and Eric Bailly both available.

Leicester won their last league meeting with Manchester United 2-1 in May - they’ve not won consecutive league games against the Red Devils since September 1973. 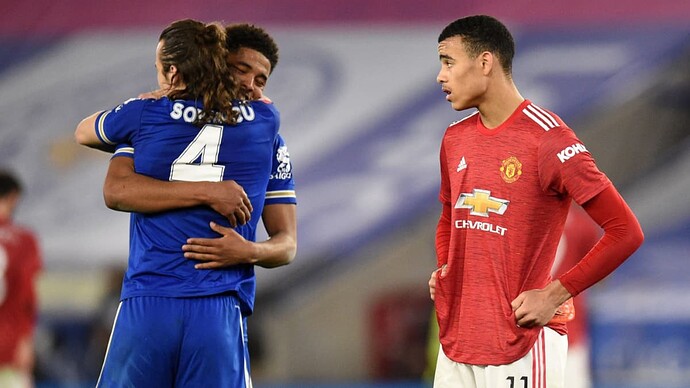 Manchester United have lost just one of their 15 Premier League away games against Leicester (W9 D5), going down 5-3 in September 2014 under Louis van Gaal. However, they did lose 3-1 at the King Power Stadium in the FA Cup last season. Leicester are looking to win three consecutive meetings with Manchester United in all competitions for the first time since November 1901. Manchester United are looking to extend their record unbeaten away run in the league to 30 games (W19 D10). The Red Devils haven’t conceded more than once in any of their last 15 on the road (7 conceded in total), their longest such run in league football. Cristiano Ronaldo’s only previous appearance against Leicester in his career was in a 1-0 win for Man Utd at Old Trafford in April 2004 (Gary Neville scoring the winner). The Foxes would be the 120th different opponent Ronaldo has scored against in his club career if he finds the net here. Brentford have been a tough nut to crack thus far in the 2021/22 season, with only one defeat in their first seven Premier League games. The Bees have already put in some impressive performances, defeating Arsenal and West Ham United while drawing 3-3 with Liverpool. With such a strong start to the season, Thomas Frank and his teammates have climbed to seventh place in the table, just four points behind leaders Chelsea.

In terms of the Blues, they have continued to impress under Thomas Tuchel, gaining a creditable draw against Liverpool while also blowing away most of their opponents, with their sole blemish in the Premier League coming against Manchester City. The consistent performances for the most part has left Chelsea at the top of the table, a point ahead of Liverpool.

This will be the first ever instance when Brentford and Chelsea will be facing off against each other in the Premier League.

Thomas Frank has got several injury concerns ahead of the match against Chelsea on Saturday. Summer signing Kristoffer Ajer, Mads Sorensen, and Shandon Baptiste are all set to miss out with Vitaley Janelt also set to be sidelined in what is a big blow for Brentford following his brilliant start to the season.

Thomas Tuchel has got some positive and negative injury news ahead of the match Brentford. The positive injury news is that N’Golo Kante will be available again having recovered from covid as well as Reece James who was back in training this week. However, Thiago Silva is definitely going to be absent following his exploits with Brazil, while Antonio Rudiger is also worries following the international break.