After nearly eight months of gruelling action, in what has been the most intense Premier League season, the 2020/21 campaign comes to an end with Gameweek 38. The final two qualifiers for the UEFA Champions League are yet to be identified and Chelsea, Liverpool and Leicester City will be hoping to be one of the two teams to clinch the remaining spots in the top four.

The race for top four is going down to the wire 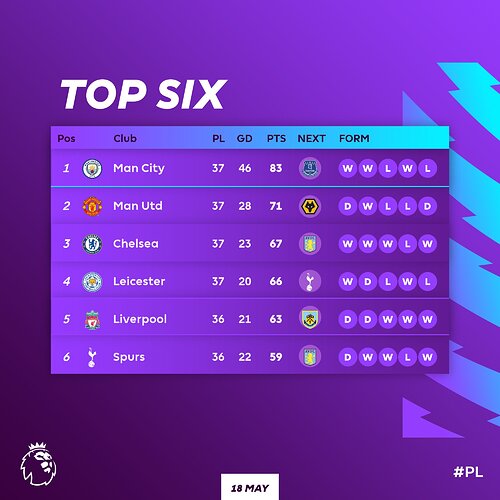 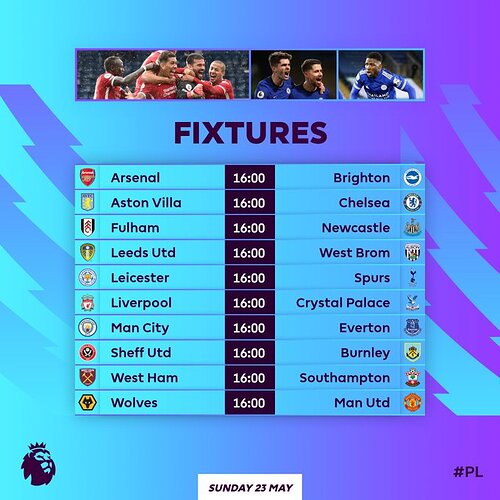 Race for the top four: 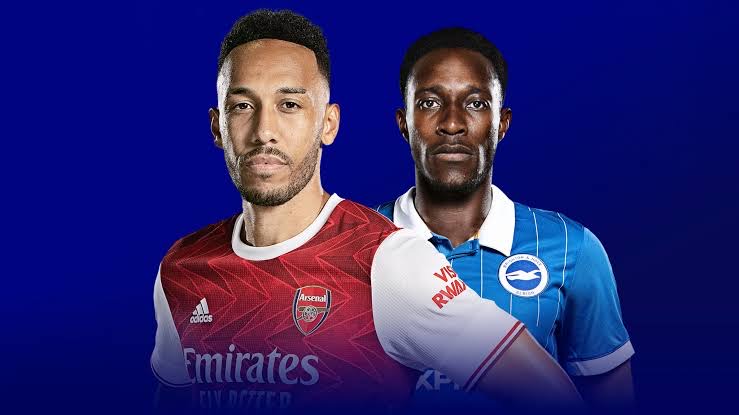 Arsenal take on Brighton & Hove Albion on Sunday, in their final match of the 2020/21 campaign. Standing at ninth in the league table, it has been a dismal campaign for Mikel Arteta’s men, who have also underperformed in both FA Cups and Carabao Cup before being knocked out of the UEFA Europa League by former manager Unai Emery, earlier this month.

The Gunners, though, still have an opportunity to seal European football – more precisely in the newly introduced UEFA Conference League. In order to qualify, they must secure all three points this weekend and hope both Tottenham Hotspur and Everton drop points in their respective games against Leicester City and Manchester City.

As far as Brighton themselves are concerned, they do not really have too much to play for, having secured their top-flight status a while back. The Seagulls, though, are keen on ending their campaign on a strong note, which was evident in the magnificent win over champions Manchester City this midweek. 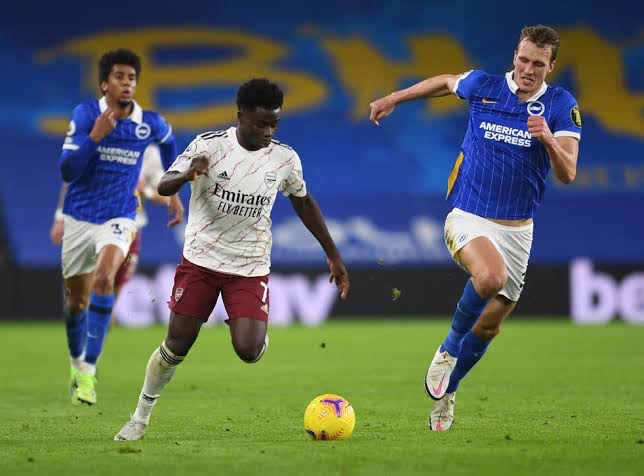 Arsenal will be without the services of Spanish full-back Hector Bellerin, who still hasn’t recovered from a lower leg injury he suffered in the win against Chelsea. There is doubt over David Luiz’s involvement as he is recuperating from a hamstring problem.

Brighton Forward Neil Maupay remains out with suspension. Danny Welbeck is expected to miss the game against his former club due to a hamstring issue. 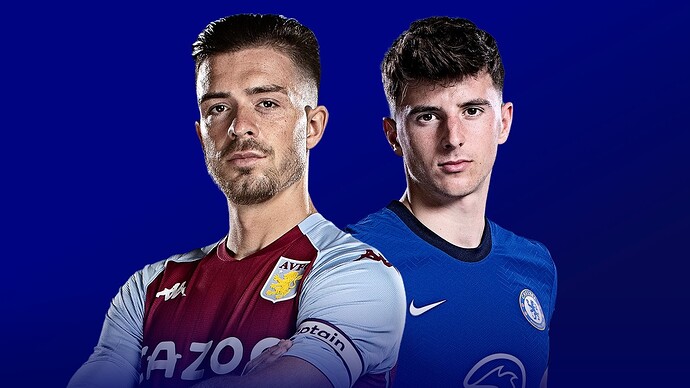 Aston Villa do not have anything let to play for this season, as they are certain to finish 11th. As far as their performance over the course of the season is concerned, the Villans have been a marked improvement on the team that nearly got relegated last season. This time around, Dean Smith & co. have been fairly solid while constantly improving their output in the final third as well, which does reflect in their final position.

Chelsea, on the other hand, have endured a roller-coaster of a Premier League campaign, having gone from being table-toppers and possible title contenders to fighting for a place in the top four. The Blues, though, have been one of the most solid sides under the tutelage of Thomas Tuchel and have well and truly earned a top four finish, although they still need a win to guarantee the same.

The reverse fixture, played at Stamford Bridge back in December, saw Aston Villa come back from a goal down to hold Chelsea to a 1-1 draw. 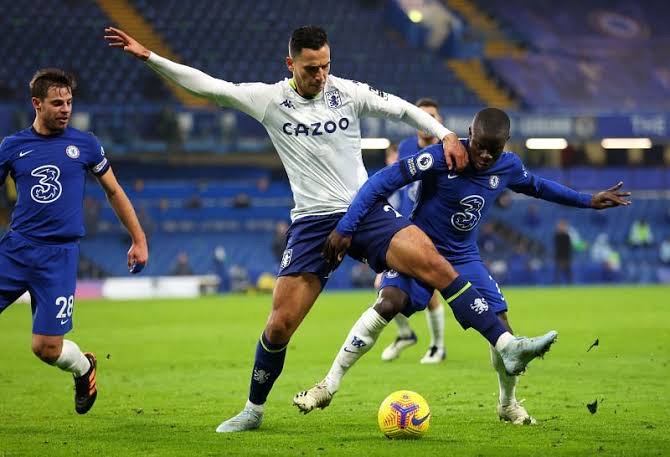 The hosts remain without the services of Matty Cash (hamstring), Dominic Revan (jaw), Trezeguet (knee) and Morgan Sanson (knee) through injuries. Ross Barkley will not be able to face his parent club. 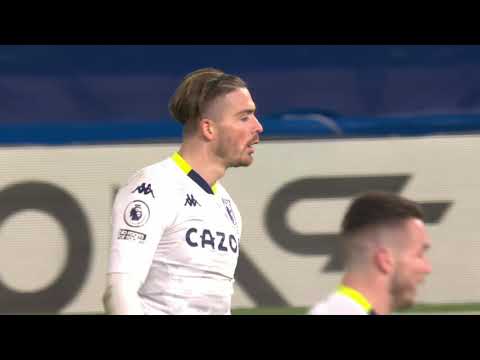 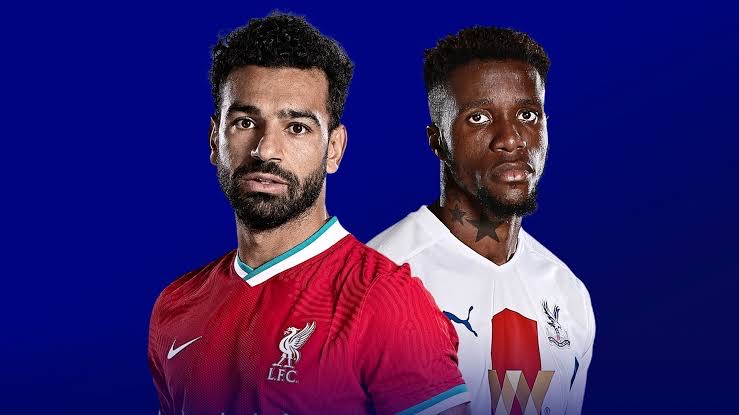 Liverpool have needed to throw the kitchen sink and more in order to rescue a season that was spiraling out of control midway through March. Once seeming like potential title contenders again, the Reds were on a free fall upon the turn of the year, but have held themselves together in the last couple of months, embarking on a nine-game unbeaten run that has helped them go from seventh to fourth.

Crystal Palace, on the other hand, will reach the end of a spell on Sunday, as Roy Hodgson takes charge of the Eagles for one last time. The visitors have typically blown hot and cold in recent weeks and come into this game on the back of a 3-1 defeat to Arsenal, which essentially means that the best they can do is finish 12th, provided they can get a win here.

The reverse fixture, played at Selhurst Park back in December, saw Liverpool cruise to a 7-0 win over Crystal Palace, with Takumi Minamino, Sadio Mane, Roberto Firmino, Jordan Henderson and Mohamed Salah all on target. 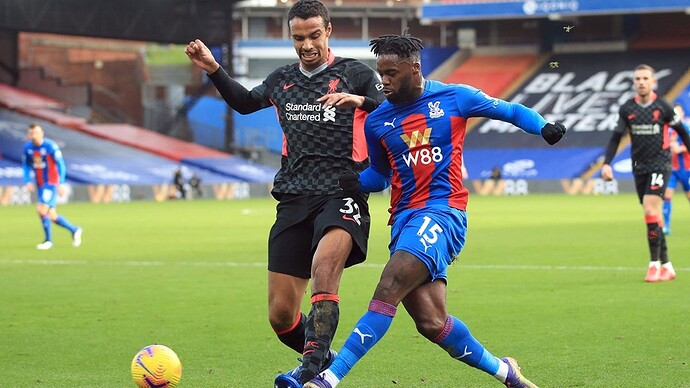 Liverpool manager Jurgen Klopp is waiting on a late assessment on forward Diogo Jota ahead of the visit of Crystal Palace. Midfielder Naby Keita remains a doubt as he has not featured in the last four games.

Crystal Palace striker Christian Benteke faces a fitness check to see if he can line up against his former club. 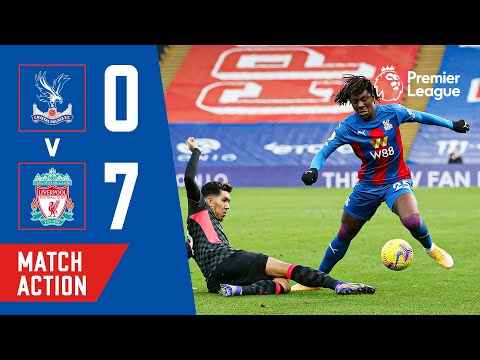 Runners up Manchester United will be in action against Wolverhampton Wanderers at the Molineux Stadium in what will pretty much be a dead rubber of a contest.

While there may not be much left to play for, Wolves will want to give a proper send-off to Nuno, who confirmed earlier this week that he will be on his way out at the end of the campaign. With fans in attendance as well, a win would be a proper farewell gift to the Portuguese tactician who has done a marvellous job at the Molineux despite the struggles of this season.

As for Manchester United, the Red Devils sealed second spot earlier this week despite the draw to Fulham as Leicester City lost to Chelsea. It has been a season of progress for Ole Gunnar Solskjaer once again with the team improving on their third-placed finish in the league last term and making it to the finals of the UEFA Europa League as well, which takes place next week. 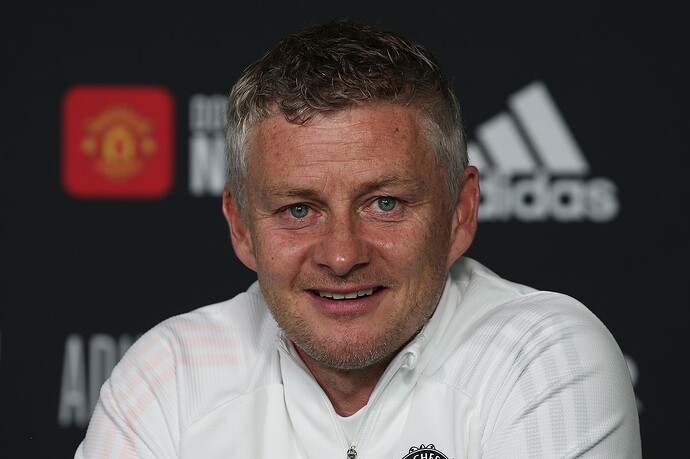 While Jimenez and Pedro Neto remain sidelined for the long-term, Wolves will also be without Daniel Podence, Jonny and Owen Otasowie. Young Fabio Silva has been preferred to Willian Jose, and should get the nod down the firing line once again.

Harry Maguire could miss the Europa League final, Solskjaer confirmed in his press conference. That most certainly means he is out for this fixture, along with Anthony Martial.

Scott McTominay and Fred have shrugged off their injury concerns, while Daniel James is poised to slot straight into the playing XI as he is available.