Thomas Partey for Arsenal vs. Chelsea:

Put in a shift. 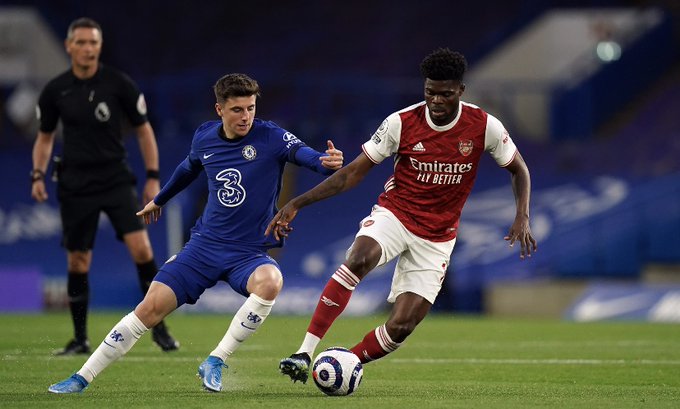 2013 - Arsenal have won three consecutive away Premier League matches without conceding for the first time since May 2013 under Arsène Wenger. Gasp. 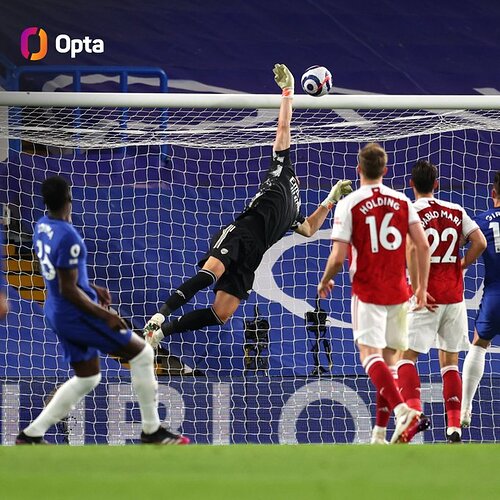 Kurt Zouma had more shots than any other player against Arsenal (4).

Unluckly to see his header come back off the crossbar. 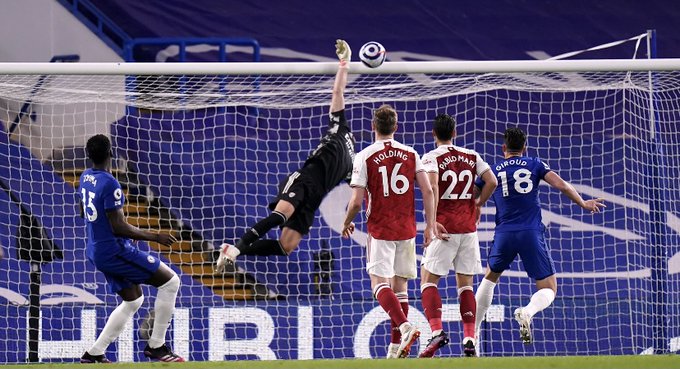 Each of Arsenal’s last nine wins against Chelsea in the Premier League have been against different managers: 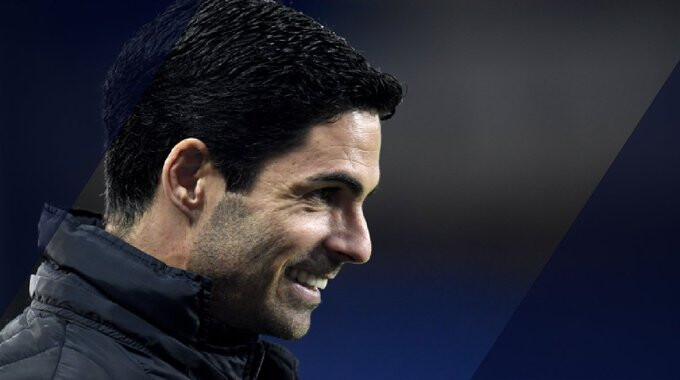 Another great performance from the 20-year-old. 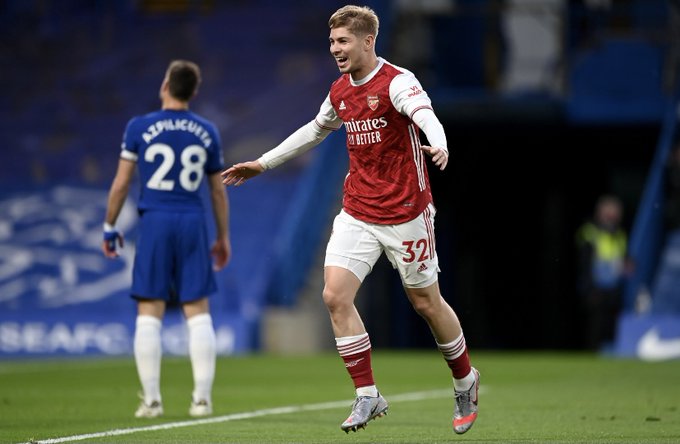 Mikel Arteta is the youngest manager in Premier League history to complete a league double over Chelsea.

That’s impressive! A win against in form Chelsea under Tuchel’s leadership is creditable.

A much needed win for Arteta to prove himself worthy of his position and silence the criticism after the Europa League exit. A long road ahead but definitely a step in the right direction. 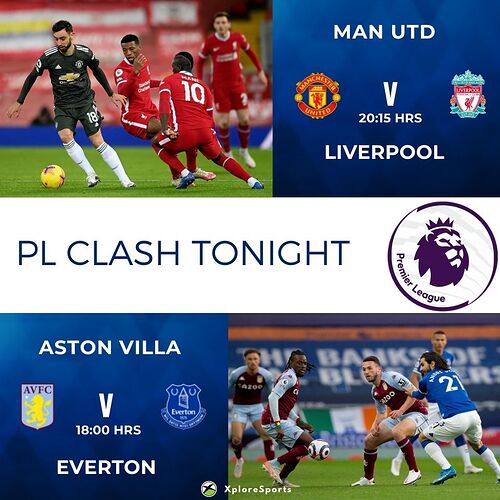 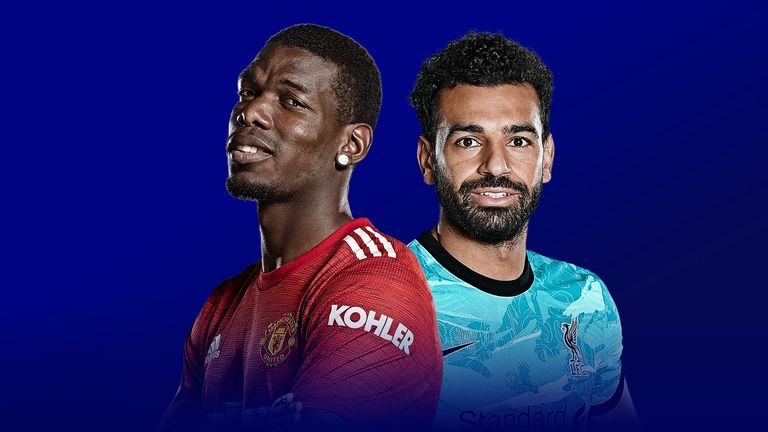 Manchester United will be in action for a second time in two days as they gear up to take on arch-rivals Liverpool at Old Trafford on Thursday night. The two teams were initially scheduled to play ten days ago but the fixture was postponed due to the fan protests at the Theatre of Dreams against the Glazers.

The Red Devils have had to play four games in the space of a week, starting from their last Thursday’s trip to AS Roma, followed by league games against Aston Villa and Leicester City, which they won and lost respectively, before getting set to face the outgoing Premier League champions.

Liverpool, meanwhile, brought an end to their three-game winless run across all competitions when they defeated Southampton 2-0 at Anfield last weekend. The result meant that they stayed in contention for a top four finish as they are seven points behind Chelsea in fourth with a game in hand over the Blues. A win this midweek would further bolster their chances as we enter the final phase of the 2020/21 campaign.

Manchester United and Liverpool have already clashed twice this season, with the reverse fixture in the league ending in a draw while Ole Gunnar Solskjaer’s men triumphed over Jurgen Klopp’s brigade in the FA Cup. 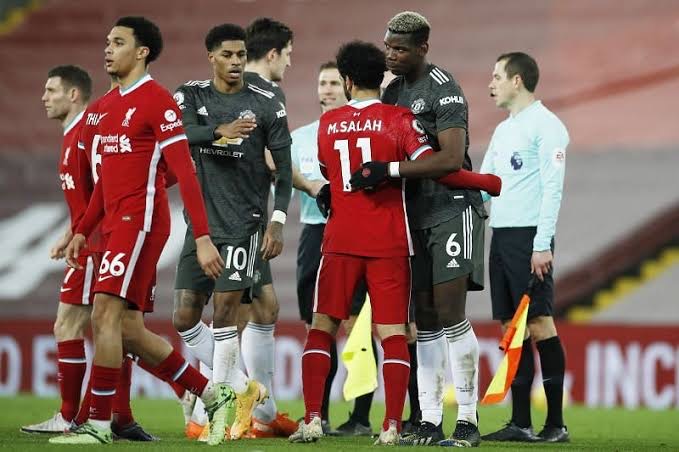 Manchester United will face the Reds without English defender Harry Maguire who suffered a ligament injury to his ankle during the Aston Villa game. Maguire joined the injury list that already includes Daniel James, Phil Jones and Anthony Martial.

Jurgen Klopp will have to contend with an injury list that grew with the addition of James Milner and Ozan Kabak. Virgil van Dijk, Joe Gomez, Joel Matip and Jordan Henderson have been out for a while now due to injuries too.

Manchester United have lost just one of their last 15 home games against Liverpool in all competitions (W10 D4), and are unbeaten in their last eight since a 0-3 loss in March 2014. 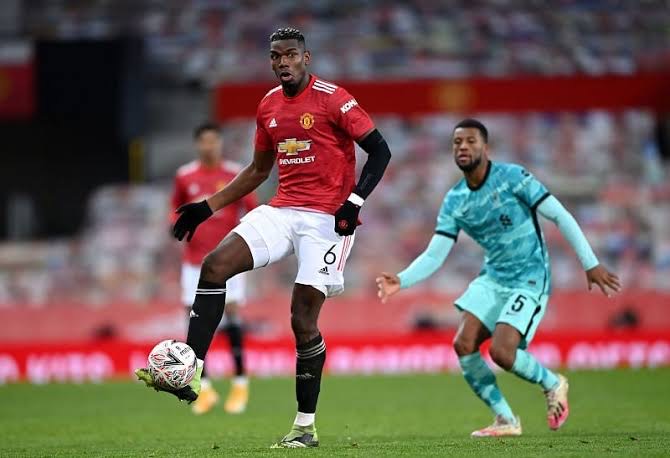 Liverpool haven’t lost consecutive games against Man Utd in all competitions since a run of four between 2014/2016, with the Reds losing 3-2 at Old Trafford in the FA Cup in January. 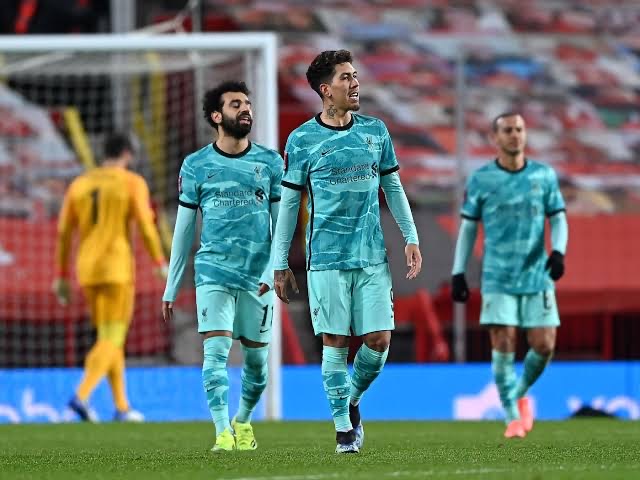 Manchester United have avoided defeat in both meetings with Liverpool in all competitions this season (W1 D1) - the last time they faced Liverpool as many as three times in a season without losing any was in 1998-99 (W2 D1), with this the eighth campaign they’ve met more than twice since then. 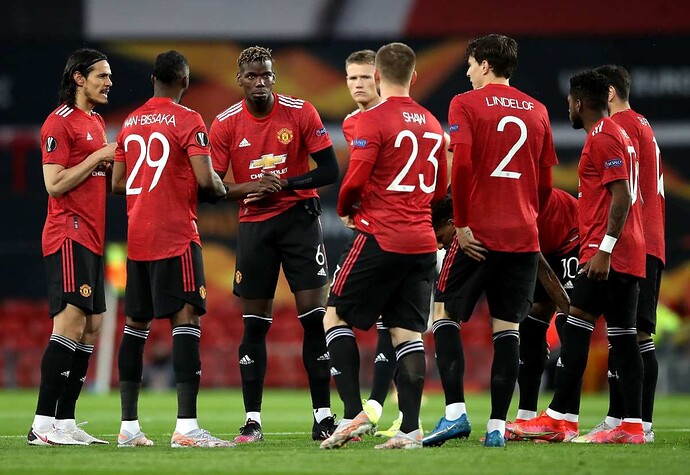 Mohamed Salah scored twice in Liverpool’s 2-3 defeat at Manchester United in the FA Cup this season. The only Liverpool player to score away against Man Utd in two different games in a season was 100 years ago - Harry Chambers in 1920-21. 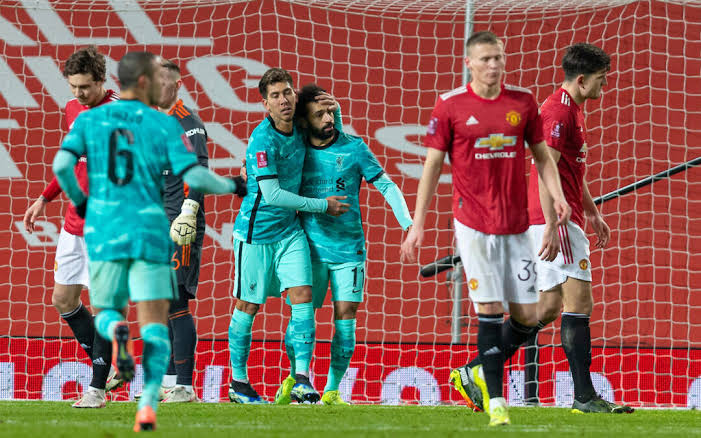 Marcus Rashford has been involved in five goals in his last four games in all competitions for Man Utd against Liverpool at Old Trafford, scoring four and assisting one. 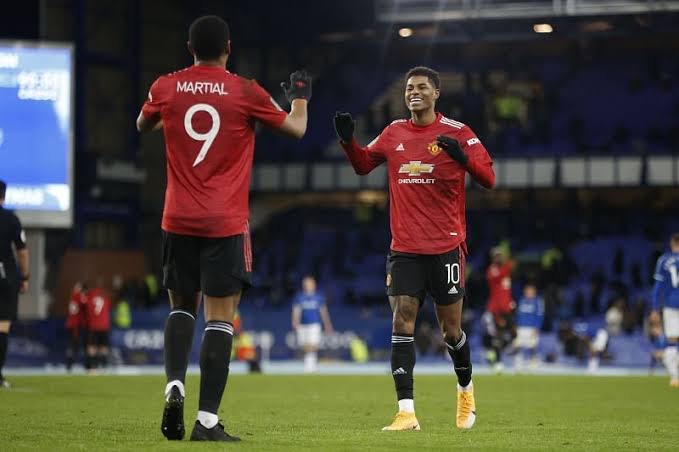 Liverpool have won just two of their six midweek (Tuesday, Wednesday, Thursday) Premier League games this season (D1 L3), with both of those victories coming against Tottenham. The Reds have failed to score in the four games they didn’t win. 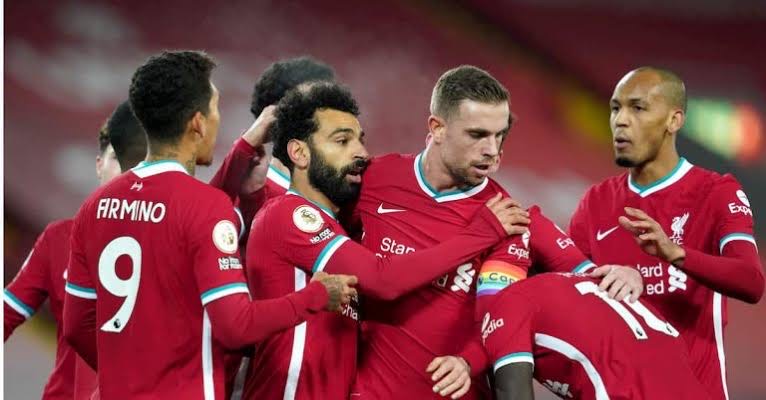 Last time they met in the Premier League 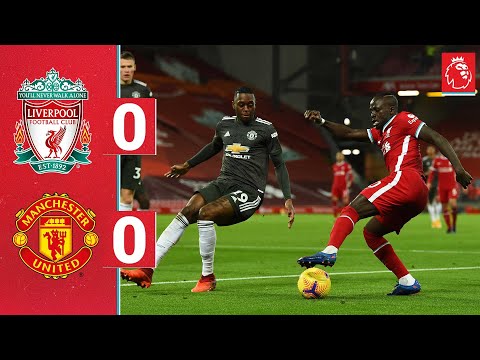 Police and Old Trafford security increased ahead of expected protests

Manchester United have increased security at Old Trafford, including police from around the country, amid calls for fans to participate in another protest ahead of Thursday’s rearranged fixture with Liverpool.

An anonymous fans’ group is encouraging United supporters to congregate outside the stadium ahead of the Premier League clash, which was postponed on May 2 after protestors broke into the ground and assembled on the pitch, following the resumption of their fight against the Glazer family’s ownership.

The clash between Manchester United and Liverpool last time around on May 2nd was postponed after fan protests. 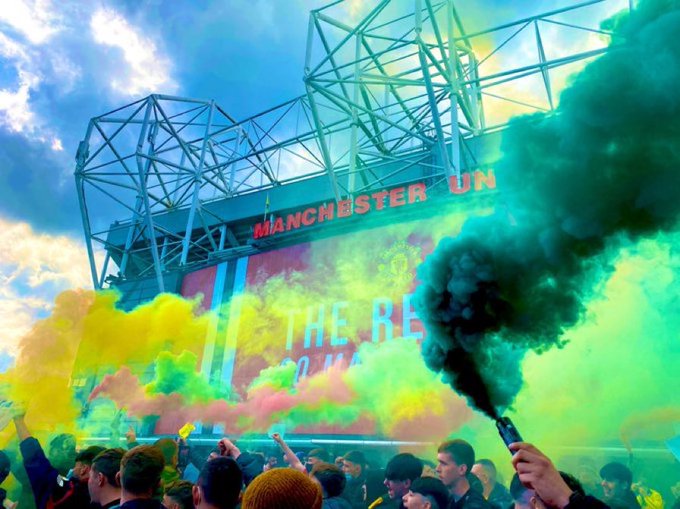 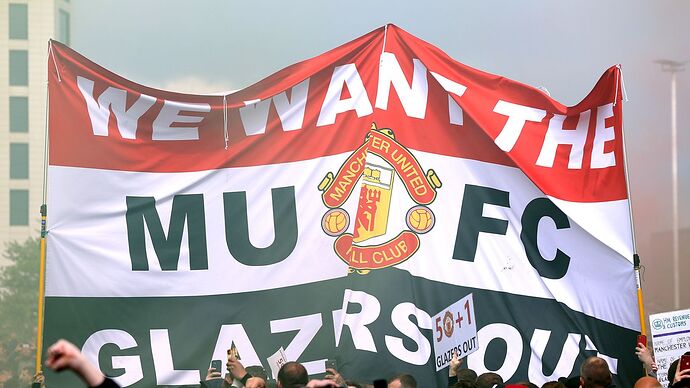 Neither team could find a breakthrough at Villa Park. 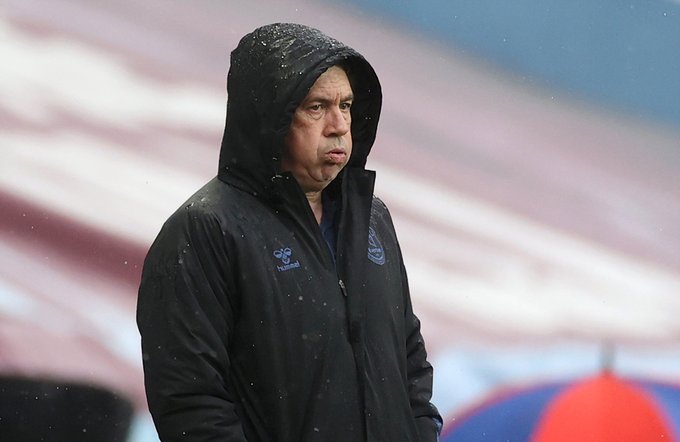