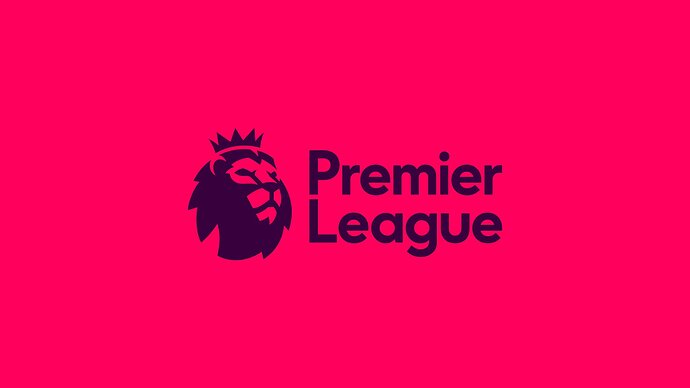 The 2020/21 season is nearly upon its end and in the Premier League, this midweek will see some of the rescheduled matches being played. One of these will take place on Tuesday at Old Trafford, where Manchester United will play hosts to Leicester City.

Another rescheduled match will see Manchester United play host to Liverpool at Old Trafford on Thursday, the postponement was as a result of the fans demonstrations and protests that took place at Old Trafford last week.

One of the highlights of this Matchweek takes place on Wednesday as Chelsea and Arsenal arguably two of the biggest foes in London in the modern football era, meet in Premier League action at Stamford Bridge. 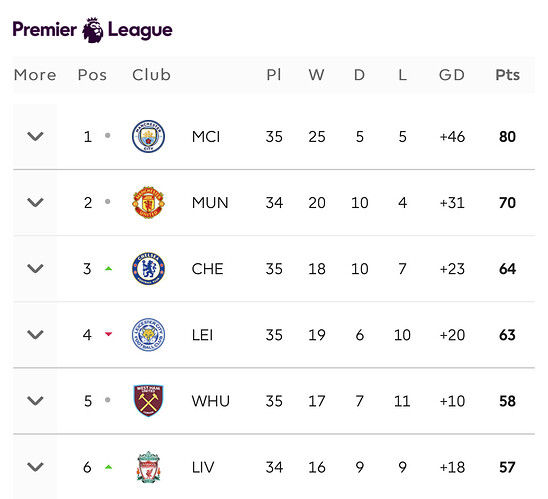 In this thread we will be covering fixtures of Matchweek 36 and other rescheduled fixtures from 11th to 16th of May. A total of 13 matches.

Plenty of exciting action in the EPL this Week! Join in the discussion and share your views on the best and worst matches and anything in between. 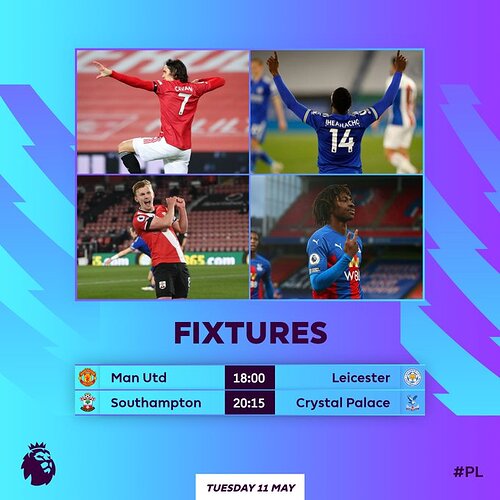 All three relegation places are confirmed 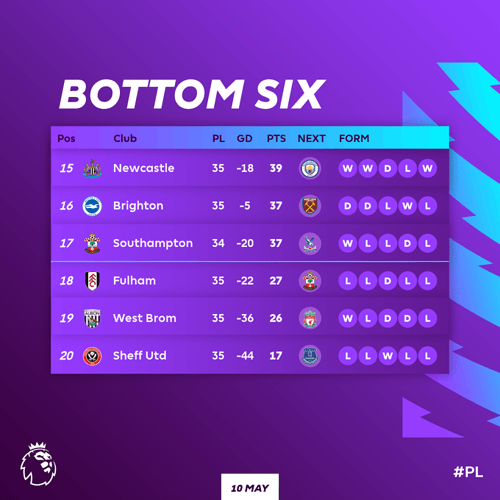 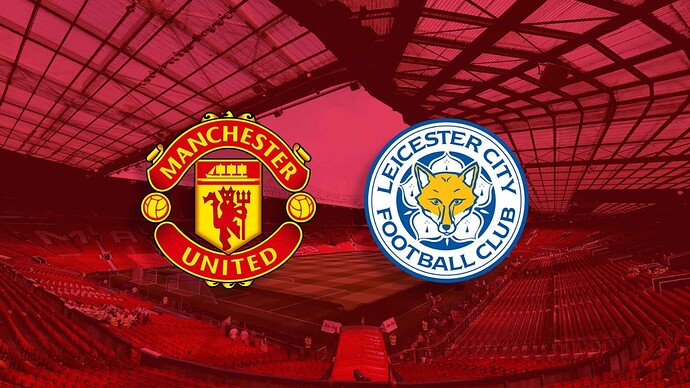 Manchester United United have enjoyed a memorable 2020/21 Premier League campaign, which is set to end in a second-placed finish. A few missteps have negated the possibility of a title tilt, although the Red Devils have still made positive progress under the tutelage of Ole Gunnar Solskjaer, having not been beaten in any of their last 14 top-flight outings, with the latest being a come-from-behind 3-1 win over Aston Villa.

Leicester City, on the other hand, seem to be going through their nightmares of last season all over again, despite it initially appearing that they had learned their lessons. Indeed, a shock 4-2 defeat to Newcastle United this past weekend is proof of the same, with the Foxes now down to 4th on the table, although the gap to fifth remains the same, courtesy West Ham United’s loss to Everton.

The reverse fixture, played at the King Power Stadium back in December, saw Leicester City twice come from a goal down to hold Manchester United to a 2-2 draw.

Solskjaer looks set to rotate ahead of Liverpool’s visit on Thursday, meaning the likes of Alex Telles, Axel Tuanzebe, Donny van de Beek and Juan Mata could all be afforded rare starts, whilst Eric Bailly should deputise for the injured Harry Maguire.

Jonny Evans looks set to miss out against his former club after being a late withdrawal on Friday, joining James Justin, Harvey Barnes and Wes Morgan on the sidelines.

Manchester United are unbeaten in their last 12 Premier League matches against Leicester City (W8 D4) since losing 5-3 in September 2014 under Louis van Gaal. 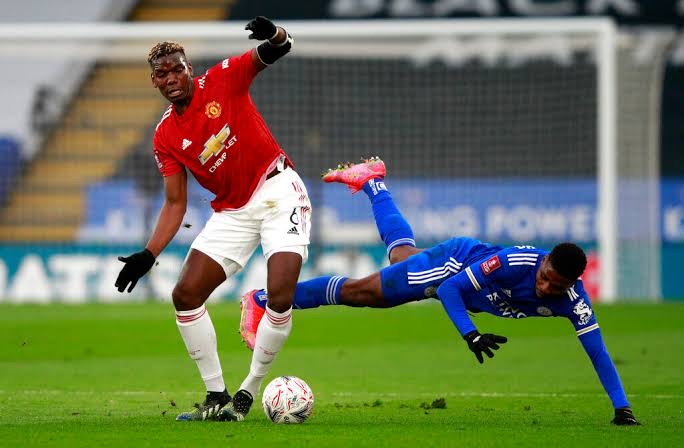 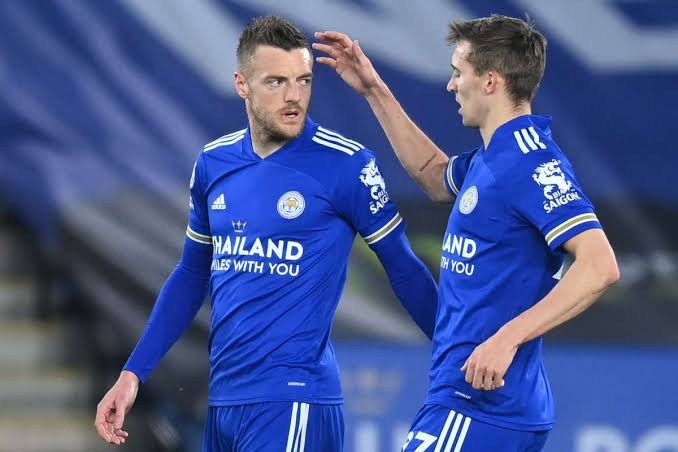 Leicester have scored in 15 of their 17 Premier League away games this season, with no side finding the net in more games on the road. However, the Foxes have gone back-to-back away league games without winning for the first time this season (D1 L1). 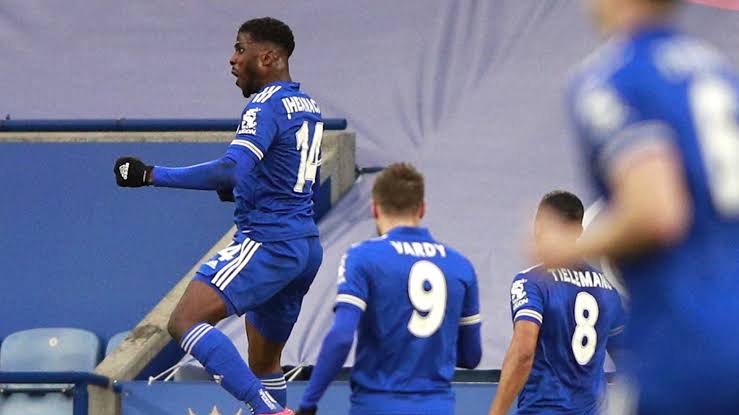 Manchester United have won all three of their Premier League games on a Tuesday this season, scoring 11 goals and conceding none. 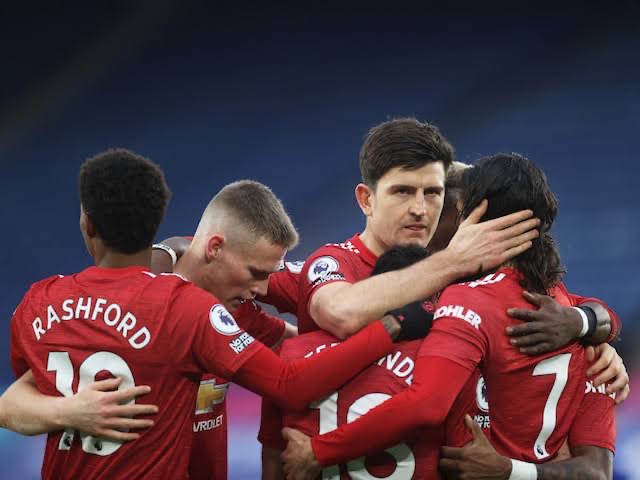 Leicester striker Kelechi Iheanacho has been directly involved in five goals in five starts against Manchester United in all competitions (3 goals, 2 assists), scoring twice and assisting once in a 3-1 win over the Red Devils in the FA Cup earlier this season. 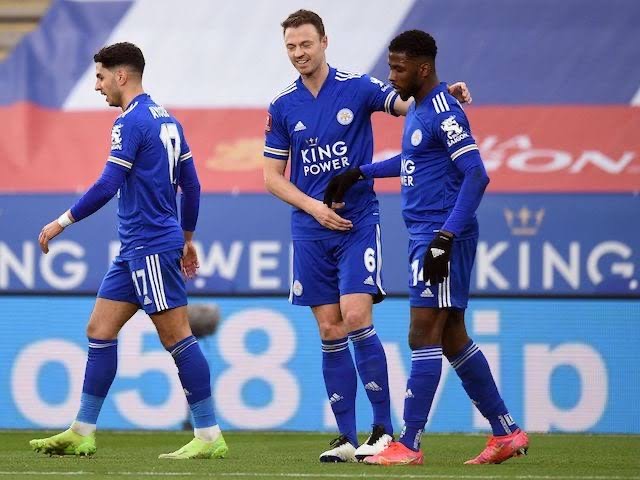 Last time they met in the Premier League… 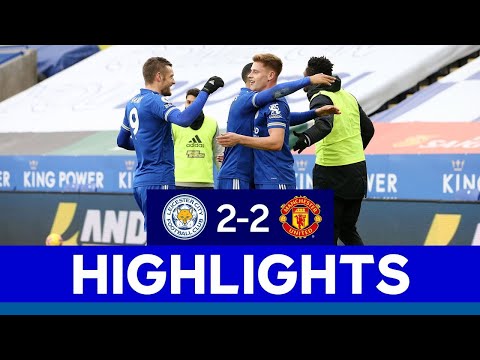 Most Premier League penalties scored since Bruno Fernandes made his Man Utd debut:

A battle of the spot-kick specialists at Old Trafford? 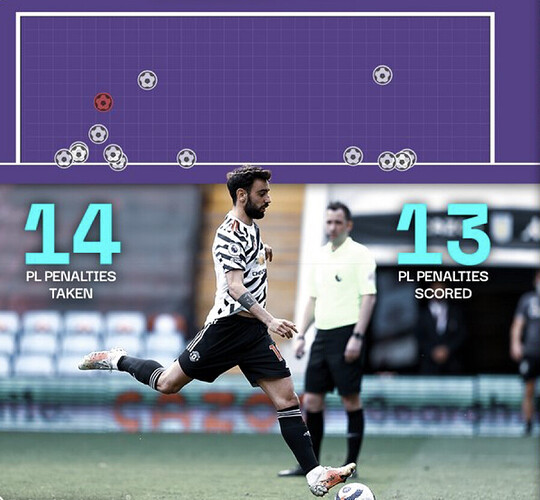 10 - Manchester United have made 10 changes to the starting XI that featured against Aston Villa, with only Mason Greenwood remaining. It’s their joint-most between Premier League matches, also making 10 for a 1-0 victory against Hull City in May 2009. Wholesale.

This is the first time since Harry Maguire joined Man Utd that he has not been named in the starting XI for a Premier League game.

An incredible run of 72 games comes to an end. 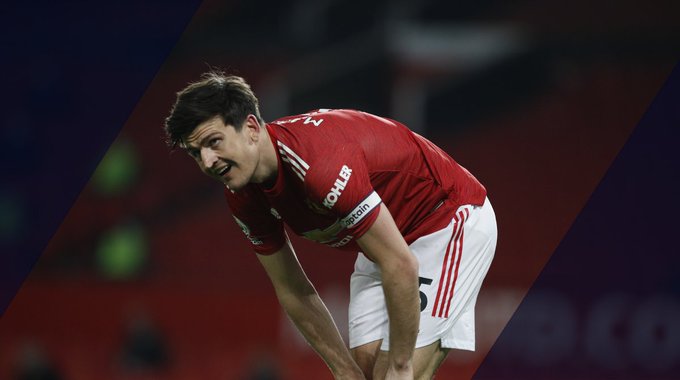 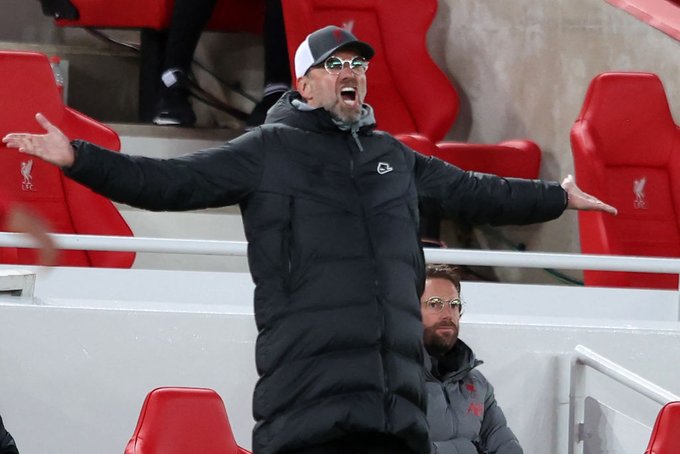 Luke Thomas has scored his first ever Premier League goal for Leicester.

A superb finish at Old Trafford.

Leicester are one nil up! 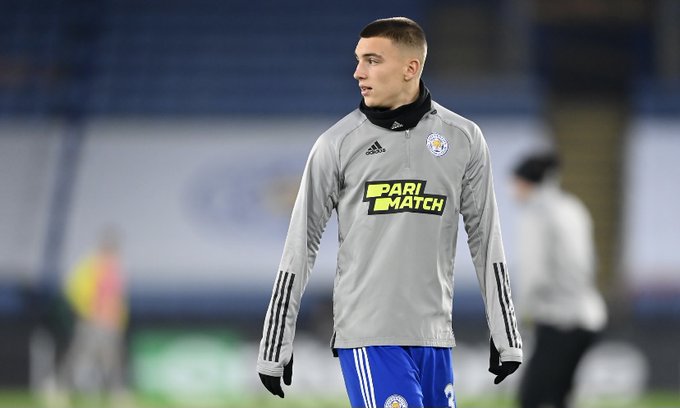 19 - At 19 years and 335 days, Luke Thomas is the youngest player to score his first Premier League goal in a match against Manchester United at Old Trafford. Stage.

What a goal from Greenwood. Amad with the assist. 1-1 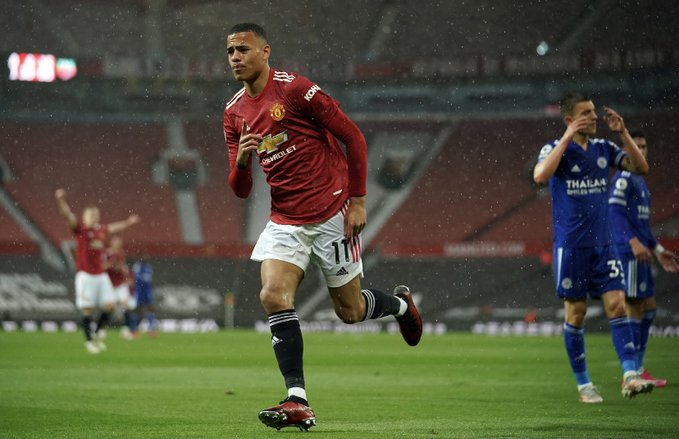